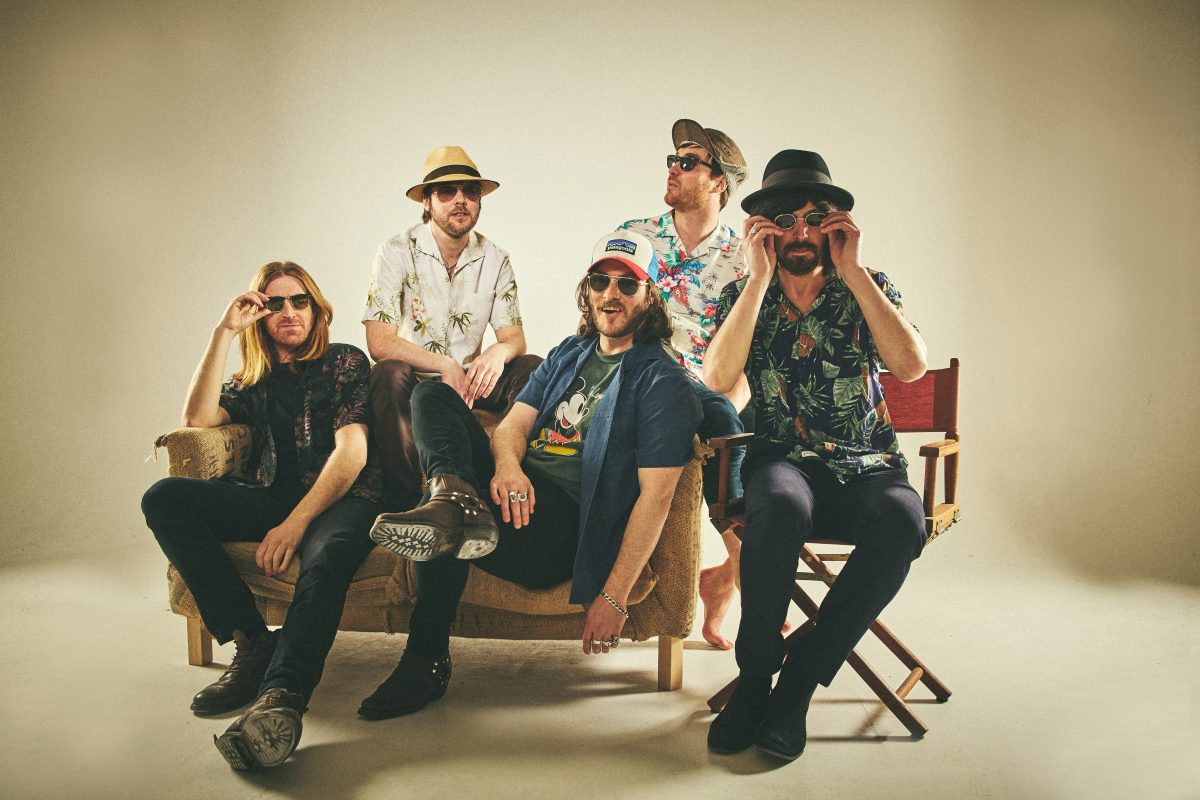 A new album isn’t enough for The Coral; Nick Power has penned Into The Void, a companion piece book, which Getintothis‘ David Hall brings you an exclusive excerpt from.

The Coral are very much back on the scene, with their eighth album Move Through The Dawn released this week.

The band have also announced a tour in support of the new album. Their UK dates kick off later in the year in Newcastle, and take in a Liverpool homecoming show at Liverpool Guild of Students’ Mountford Hall on Friday October 12.

Also comprising a London KOKO date and concluding at Manchester Albert Hall, The Coral bring Merseyside rising stars She Drew The Gun along. The Liverpool four piece support Hoylake’s finest on all dates of their UK tour.

She Drew The Gun recently announced their impending new album Revolution of Mind. Their second album will be released on October 5, on The Coral’s Skeleton Key Records. Single Resister received its premiere on BBC 6music earlier this week.

The Coral discuss their new album with Getintothis, plus its striking artwork

To tie in with the release, The Coral keyboardist Nick Power has written a new book. Titled Into The Void, it will be published concurrently with the new album, detailing tales from The Coral’s tours and features She Drew The Gun.

This is Power’s third book and has been described as “an insightful, amusing and evocative first hand account of the recording, release and touring of Distance Inbetween”.

The Coral’s seventh album Distance Inbetween was released in 2016. It came after a five-year hiatus for the band, and Into the Void vividly documents tales from that time, including touring the US with Kings of Leon.

Getintothis has an exclusive excerpt from the book ahead of Move Through The Dawn’s album release. 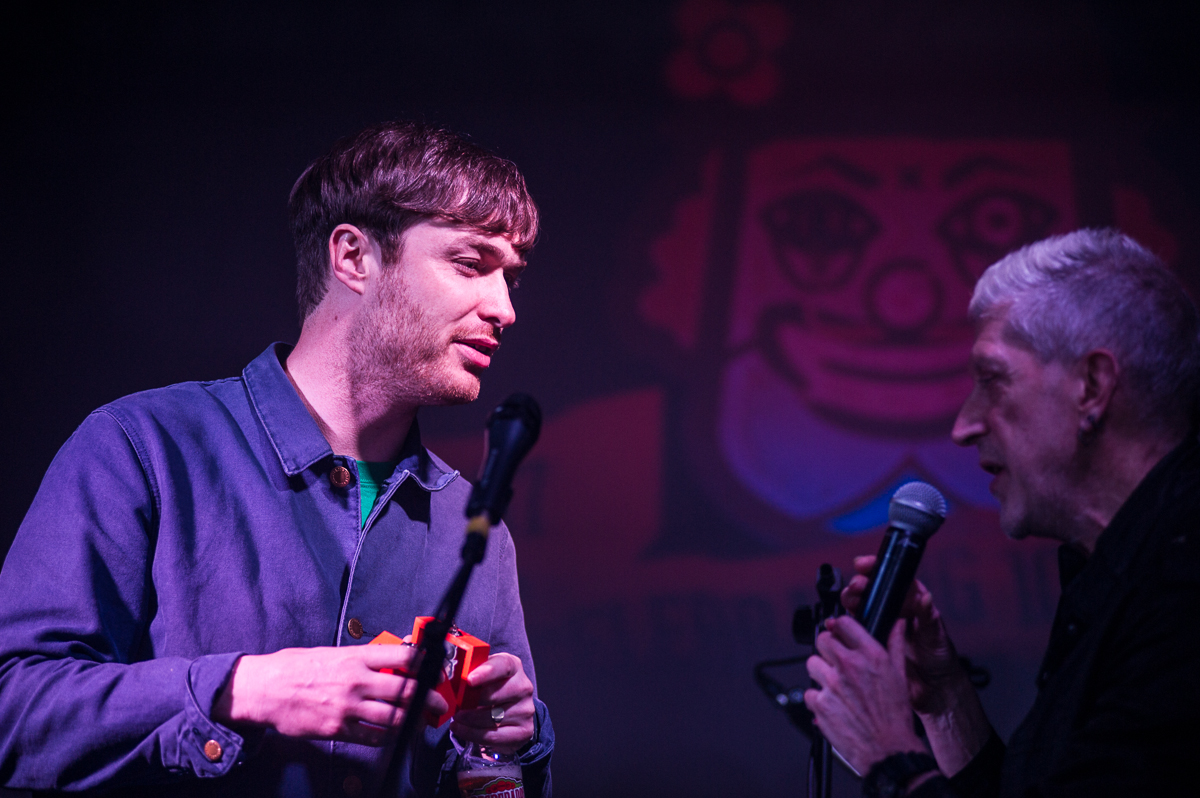 CAVES (Into The Void excerpt)

With a tour on the horizon, it’s agreed we’ll have to get the rehearsal room back into some kind of working shape. In the five-year break between albums, we’d ended up sharing it with bands we know from around our area. The Sundowners, By The Sea, She Drew The Gun. In that time, it had fallen into disrepair; sockets hanging out of the plasterboard, broken lights, a toilet that wouldn’t flush. We decide to re-establish contact with Tonto; bring him up from Devon for a week. He’d only need that to do a month’s worth of work.

Tonto had been our touring guitar tech for the period 2006-’11. We covered some distance together, mainly across Europe and the UK. You might have seen him at a gig from that period, watching over the stage like a Comanche chief.

Two years into his tenure with us, we’d decided to move all our equipment from Liverpool back to our hometown. Steve ‘Adge’ Atherton had found us a room beyond a set of railway lines on an industrial estate and we were quick to snap it up.

Tonto virtually hand-built the room himself. He converted it from a draughty corrugated space above a car garage into a soundproofed studio, complete with carpets and multicoloured spaceship-like spotlight panels that hung from ceiling beams like giant manta-rays.

He was meticulous too, especially in his use of Velcro. It was everywhere. On the floors, the walls. Underneath amplifiers. If you took your shoes off, you’d get stuck somewhere. It was super strength, Ecto-Velcro. Everything had its place and he wanted it to stay there.

In the early days of the band, we’d rehearsed in the top bedroom of the house James and Ian lived in. There were murals covering the walls, cut-outs from music magazines that they’d stuck up with Blu-Tac. The Who, Oasis, Otis Redding, The Ronettes. You’d be surrounded by them.

Things changed when we moved over to the city, a dark windowless warehouse on Dale Street called Crash Studios. It was a new lease of life at first because you had the run of the place; you could rehearse at whatever volume you liked, drink at the small downstairs bar, play pool and smoke in the rooms. But those rooms were tough to spend longer than four hours in, and when the opportunity came to move home, we jumped at it.

The new room in Hoylake is on a place they call ‘the forgotten estate’ because the railway barriers fall every 15 minutes or so, which can leave fire and ambulance crews at the mercy of the trains.

After moving our gear there, we began decorating it with film and music posters: The Wicker Man, Blade Runner. A huge figurine from Alien still in its box. Lounge music album sleeves. Billie Holiday, Link Wray, The Stooges. Robbie Fowler. The Banana Splits. A huge painting of Toshiro Mifune in Seven Samurai.

A partitioned room at the back has a Tascam eight-track tape machine rigged into an amplifier, the equipment that The Curse Of Love album was recorded on. Another smaller room has shelves full of Judge Dredd and Hellblazer comics, cheap rock’n’roll CD compilations where the backing tracks have been overdubbed with 80s synths. A Sega Master System and stacks of old games.

Anyway, Tonto comes up and sleeps on the couch. He cleans the rehearsal room from top to bottom, rewires all the electrics and fixes a couple of faulty amplifiers. I realise after he’s gone that the toilet actually flushes again and the light is back on in the fridge. He works two days straight and refuses to take any money. And with that, at the stroke of midnight, he packs up his tools and sets off for the six-hour drive back to Devon.

I hadn’t been there when he left. There was a message on my phone from James to say they’d finished with the clean-up and to come and see if everything was ok with the keyboards.

I trudge over the railway lines in the dark, across the muddy dirt track and the floodlit football fields; the clubhouse and faded boards that advertise Thwaites, Bushmills, Hoylake Transit. I walk past the panel-beater’s yard and the truck depot. You can hear the wind shuddering through the units at night. I’m always glad to get to the small front door of our building.

I run up the stairs and walk in. The place is transformed. Everything is back in its correct place, as it was when we’d first moved there, and the room is plush with the smell of fresh Velcro.