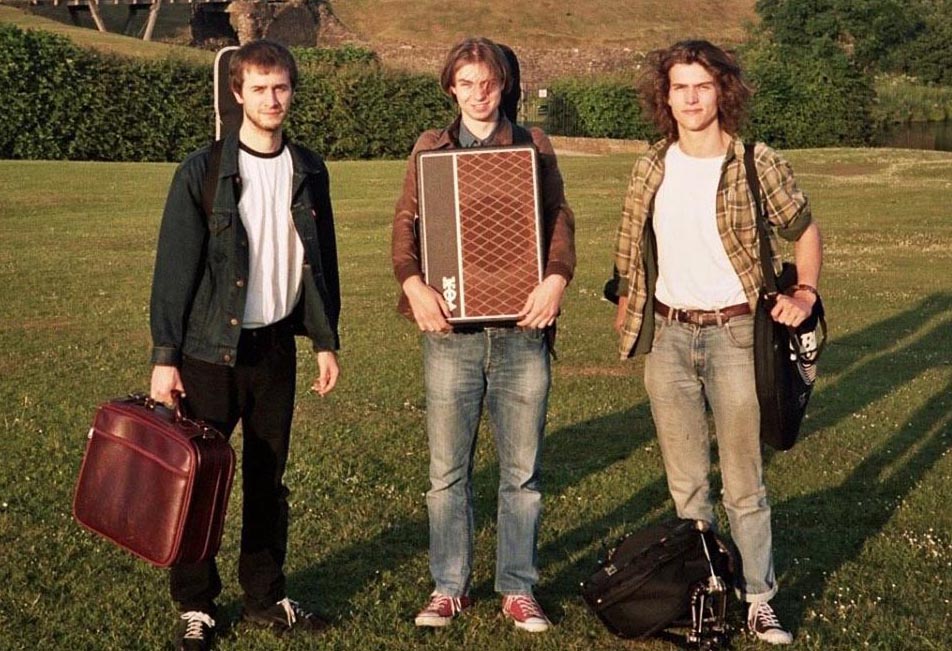 As Welsh language music is celebrated at the National Eisteddfod, Getintothis’ Cath Bore has details of this year’s album award winner.

Aberystwyth three piece Mellt took home the trophy for the Welsh Language Album of the Year at the annual National Eisteddfod of Wales in Cardiff this afternoon for debut long player Mae’n Hawdd Pan Ti’n Ifanc, released in April.

The aim of the award, now in its fifth year, is to highlight Welsh language music, recorded or released between from 1 May 2017 until 30 April 2018.

Citing influences from The Clash, The Band, and The Replacements, Mellt played the BBC Music Introducing stage at The Biggest Weekend In May and appear at this year’s Swn festival this October.

Guto Brychan, one of the organisers of the Welsh Language Album of the Year said, “We had a very eclectic shortlist this year, with all sorts of musical genres represented.  And it was great to be able to discuss the albums with such a wide-ranging panel, all interested in music.”

Mellt will receive a specially commissioned trophy, made by blacksmith Ann Catrin Evans.

Previous winners are Bendith  -a collaboration between Colorama and Plu, Sŵnami, and Welsh Music Prize winners  Gwenno and The Gentle Good.

With eight days of competitions and performances each August, the Eisteddfod is a massive gathering of culture and language in Wales encompassing music, dance, visual arts, literature, original performances and much more.

Carnifal y Môr is a celebration of Cardiff’s international links as well as a celebration of how the Welsh language sits in Cardiff’s multi-cultural and multi-lingual culture and how people have travelled by sea from all quarters of the world to create the modern Cardiff.

The Super Furry Animals frontman said, “Pop music has always been dependent on coincidences, accidents and unexpected meetings of cultures. Cardiff’s tradition of being a welcoming refuge to people from all parts of the world (Snowdonia in my case!) makes it a good a place as any to create exciting and unexpected records. On Bae Bae Bae I worked with producer Kris Jenkins in Grangetown with several musicians calling around including N’famady, a Balafon player who has been living in Cardiff for a week!

It was a brand new instrument to my ears and the track would have been a sombrer affair without it.

I also had the privilege of working with the South African producer Muzi recently and I am delighted he agreed to mix this track. This is a song of celebration but the lyrics have been mainly inspired by Megan Broadmeadow’s art and her interest in the colour and medicinal qualities of algae found in Cardiff Bay.”

As well as more established names and award and competition winners, National Eisteddfod 2018 features new and emerging artists such as Adwaith – who bring out their debut album in the Welsh language later in the year and tour the UK with Gwenno this autumn.

This year’s festival concludes on 11 Aug.