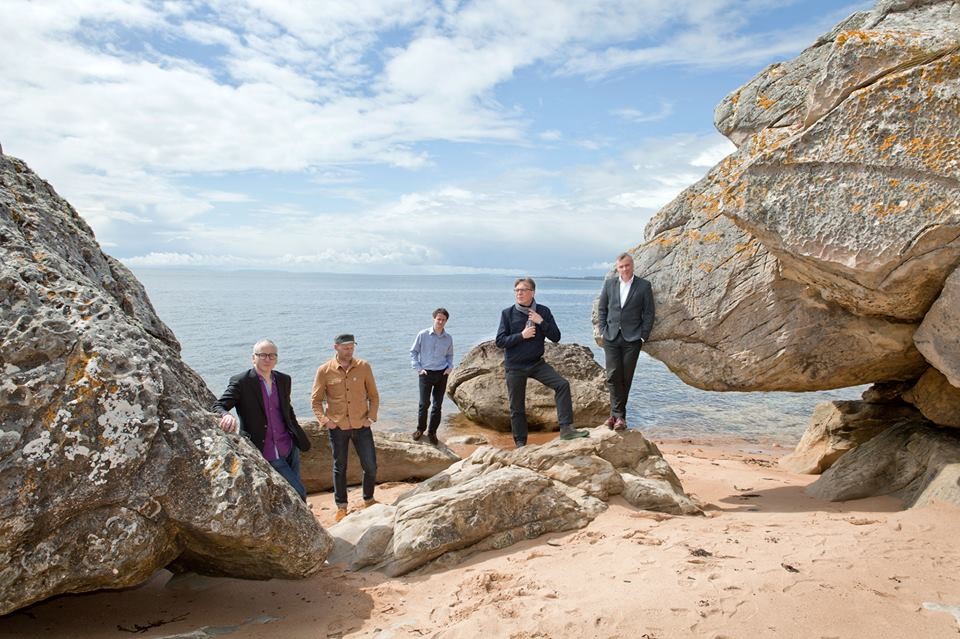 As Gerard Love announces he is to leave Teenage Fanclub Getintothis’ Joseph McEwan looks back on some of his cherished moments of the band.

I think we all have our ‘JFK moments’ in music when you remember exactly where you were and what you were doing when your heart was broken by an announcement, possibly your favourite band was splitting up or your favourite member was leaving.

I have two such specific memories of where I was and what I was doing. The first was when I was sitting on the bus reading an issue of NME in April 1996 when I heard that John Squire was leaving The Stone Roses.

The second was much more recently, although I know it will stick, when I was sitting in front of my computer at work reading a message board about my favourite football team when a Facebook Message was posted by Teenage Fanclub advising that due to continuing and sadly unresolvable differences of opinion on whether the band should proceed with proposed touring plans, Gerard Love would be leaving the band after the UK Shows.

Love explained that he was indeed leaving due to the conflicts over touring. And that from the outset he didn’t want to do the particular shows in Hong Kong, Japan, Australia and New Zealand, specifically because of the flying involved, also that they had flown around the world the year before and it was not something that he would want to do too often in his life.

I first became aware of the band through a friend. I was encouraged to listen to Bandwagonesque and was blown away by the crossover of noise and melody which I had never really heard before; The Pixies and Marychain had passed me by. This inspired me to go to my first ever music festival, in Reading in 1992 where I saw TFC blow Nirvana off the stage.

The single that stood out for me on their album was Starsign with its great melody of driving, instant pop by a guy singing in a modern-day Alex Chilton-like vocal, which did not sound clichéd coming from someone who spoke in a Glaswegian accent.

Formed in 1989, Teenage Fanclub’s Byrdsian Jangle Pop never achieved the mainstream success they deserved even though Bandwagonesque was voted album of the year in America by Spin Magazine and they were lauded by the likes of Kurt Cobain and Liam Gallagher – “the second-best band in the world” he called them – but they have an enviable back catalogue, with Love’s tunes being the stand-outs.

Gerard Love began his musical career as a member of The Pastels where he bonded with fellow bandmate Norman Blake over a love of Big Star, they went on to form Teenage Fanclub with Raymond McGinley and Brendan O’Hare.

However in later interviews Love became irked by reviews of the band being constantly compared to Big Star and “Glasgow’s Beach Boys”.

He went on to say that at the beginning of Teenage Fanclub he had also been listening to Sonic Youth, Dinosaur Jr, Go Betweens, REM and some soul and Reggae.

He became a prolific songwriter providing tunes for all the Creation albums some not as notable: Guiding Star – Bandwagonesque, Hang On – Thirteen, Going Places – Grand Prix and Take The Wrong Way Round from their last Creation album – Songs From Northern Britain.

Some of my favourite Fannies tunes and the more prevalent are all Gerry’s and come from various of the above named albums – Starsign, Radio, and my all-time favourite, the stunning Sparky’s Dream.

Gerry loved playing the bass, which can be heard in the texture of his songs. He never became involved in ego management which you get in other bands with several songwriters.

In fact, he preferred to be in the background and when he released a solo album in 2012 it came out under the name of Lightships, on the album Electric Cables he was joined by some fellow Glasgow Indie greats from past and present, Tom Crossley of The Pastels, Belle and Sebastian’s Bob Cable and former Teenage Fanclub sticksman Brendan O’Hare. The influences came from several music genres – Producers Rogerio Duprat, Tom Wilson and Charles Stepney along with some soul and dub.

A lot of Gerry’s songs provide beautiful broad strokes and structures many starting with a short instrumental interlude before roaring off into the music, they have a real feel of optimism and exuberance to the point they’re revelling in themselves, occasionally there appears to be some love sonnets in the lyrics also such as: ‘If you can I wish you would, Only if you feel you should, Bring your loving over’ from Ain’t That Enough ‘But now you lighten up my day with your views just out of school and you’re that’s so cool’ from Radio, and ‘If she lived in space, man I’d build a plane’ from Sparky’s Dream, allegedly a loving ode to Juliana Hatfield.

Although there are some great songs written by Blake and McGinley, Gerard Love’s songs shine out like a beacon!

He will be missed by so many Teenage Fanclub fans.

He ended his statement with the words “All I can say is that I feel very lucky to have met Norman and Raymond all those years ago”.

Not as lucky as we have been to hear your beautiful songs Gerry!