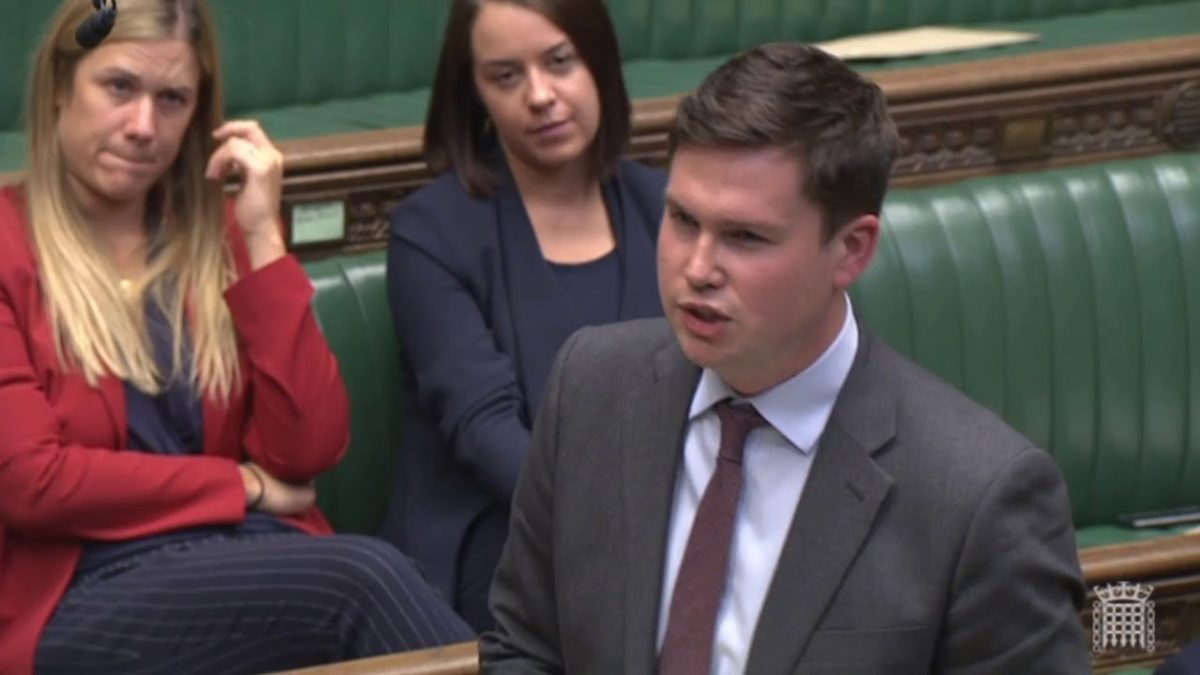 The Liverpool born politician has certainly enjoyed his time at Westminster so far but explains how cuts and austerity cause devastation to his constituents in Liverpool.

“I take my responsibilities to speak up powerfully on behalf of the communities I represent. I think it is special that I can represent the place that I come from, it allows me to have some understanding from my personal experiences, as I remember the challenges my own family faced growing up in Liverpool and I can take that to Westminster.”

One big consequence of austerity in Liverpool is the closure of small music venues across the city.

“A saying that comes to mind is ‘give us bread but give us roses too,’ which means you need the basics to live but you also need the social enjoyment. No doubt when austerity hits we lose lots of cultural youth facilities. We need to maintain our social fabric.”

Carden points to big bands, like Circa Waves, playing smaller venues and it being a good way to help them survive. He also comments on the recent Labour Live festival and believes “Liverpool would be a great place to host a Labour music festival, it is important for our culture that we support the arts.”

“Liverpool has such a good history of music, austerity strips communities bare and affects the independent music scene. In Liverpool Walton we are trying to have events around political education and the arts.”

The Walton MP points to his party’s historical relationship with music.

“Labour brought in the free music deal and free museums to allow working class people to access the arts and music. You have to link modern Labour policy to modern culture when you have venues with such incredible history; the government should definitely be investing.”

Talking about his own music tastes, Carden remembers going to The Picket on Hardman Street when he was young and now enjoys artists such as Paul Simon, The Beatles, Bob Dylan and Neil Young.

Another major issue Carden feels important at this current time is concerns over mental health.

“It affects people of all ages across society and we have to give it equal status to physical health. With the strains on the NHS, sufferers have to admit themselves to A&E because there aren’t the resources to look after them.”

“I see them first hand, people not being able to access the care and support they need. The only way to deal with it is to expand the investment to mental health. The strain of poverty can bring peoples mental health down. Walton has professionals in our community to help deal with it.”

In his first 12 months Parliament the Walton MP has been handed a front-bench role, becoming Shadow Minister for International Relations earlier on this year.

Whilst representing his constituents is his main aim, he does find it ‘incredible’ that the party has had faith in him to hand him the role.

“I think it is important to have an internationalist outlook and I’m compassionate when it comes to foreign tragedies as people in countries like Syria need politicians to speak up for them and to take interest. International and global politics is the most important it has been since the Second World War.”

For things to get better for both home and foreign affairs, Carden feels a Labour government is needed.

He believes that “the recent media narrative has been dominated by Brexit at the expense of the real challenges going forward such as funding social care for the elderly or running a National Health Service that is working to benefit everyone and not those making profit.”

Whilst May struggled on these issues; Carden believes “Labour resonated with the public as they stepped forward and called for a national social care service.”

“The media said that Jeremy Corbyn was unelectable, and that May would win by 100 seats, but once the public saw the manifesto and Corbyn campaigning, it was certainly a turning point.”

Carden believes that the next election will be focused on ‘bread and butter’ issues like health and welfare, “and when called upon, Labour will be seen as the party with all the answers again.”

The Walton MP has been a Corbyn supporter from the start, backing him in the first leadership campaign.

“People like him because he is very authentic and makes decisions of principle, not public opinion. I think the country needs a leader who sets out their vision and follows it, he may get heckled in Parliament but that is because he is asking the important questions that are needed and not just blindly following the Prime Minister.”

Despite recent problems once again within the party, Carden feels things have been a lot better since the election.

“In the last election the whole establishment and right-wing media all had vested interests to try and stop Jeremy Corbyn winning. The attacks were outrageous and full of lies, and they thought they had secured May 100 plus seats in the Commons and that Corbyn was finished.”

Carden now believes the media will try “even harder to finish Corbyn off after they failed first time, but it won’t work.”

“I don’t think the attacks will work; we have to keep increasing our offer to the electorate, they are scared of him because of the change. Jeremy will go out there and try to reach out to young and old people, people who are not currently represented in Parliament.”

“I think politics and society is skewed against young people. Due to the fact that they don’t traditionally vote, when politicians come up with manifestos, young people are often at the bottom.”

Carden argues that is not the case with Corbyn, “he’s trying to tap in to the fact that we can energise young people and his offer to them has been a lot more radical than any other in the last 50 years.”

The Walton MP believes it is important for more working-class kids to take interest in becoming local councillors and MPs, as they need “to see themselves as capable of speaking on behalf of their communities.”

The work he is most proud of is what he has done in his own area, “trying to change the way politics works to engage the whole community. I want people to feel they have a stake in their politics, whether that concerns guards on trains or fighting to keep job centres open. I have stood side by side with people and speak up for them.”

“I feel as a politician you need to be accessible, the difficulty is, not being in government, which leaves us with little power that we can change people’s lives with.”

Carden’s relationship with politics all stems from his and his family’s link with trade unions.

“It’s probably the biggest impact on my life. My dad and my Grandad and about six or seven generations of my family have worked on Liverpool’s docks so would’ve been members of what is now the UNITE trade union.”

The Walton MP tells the story of how his dad went on a strike which lasted over two years when he was a child. During that time trade unions became a huge part of Carden’s life, “even being where I went to get my Christmas presents and they became part of an extended family very much.”

“I remember the picket lines and marches through Liverpool for the 500 dockers fighting for their jobs.”

The effect it had on his life has been “absolutely fundamental to my politics. I believe strongly in decent work and decent pay; the jobs of today are all too often zero-hour contracts with people not knowing how many hours they’ve got each week.”

“You can’t build a society on that kind of employment, I know from my own experiences that people need a minimum standard of living. There is a detrimental effect when people don’t have the money to live with dignity, it is the responsibility of government to make sure the citizens are provided for.”

The decline of union membership is something Carden finds worrying; “the current type of employment that is growing is not union friendly.”

He does believe it isn’t entirely negative with there being some good successes, including UNITE against Sports Direct where work conditions and pay was improved.

“I think that is the sort of trade union activity we need to see in this country in the future, you only win and gain benefits by fighting for them in an organised and collective manner.”

He sees the many issues such as the blacklisting in the construction industry of union members as well as big companies holding all the power as ‘outrageous.`

“I hope under the next Labour government we see anti-union legislation scrapped and then members will be empowered.”

Through unions Carden has always been politicised. “I never got into it academically; it was a real-life thing. I joined the Labour party when I was 18 and have been an active member since.”

During his time at University, Carden took part in a campaign for the living wage and was the chair of the Labour club. Within the trade union he was also youth executive for both transport and general workers union as well as being the National Labour Youth executive.

“So, I have also been an activist.”

Over the last nine months the MP has not had much spare time and hopes he’ll have more of a life as he settles in to the job. His interests includes cooking, horse racing football and seeing friends and socialising.

His hopes for the future of the party is that there’ll be a general election ‘as soon as possible.’ “I fear the Tories will try and hang on until 2022 which would be terrible.”

“We have 600,000 members and achieved 13 million votes, and whilst MPs are individuals and have their own opinions, it is their duty to represent those who voted for them. So, I hope they continue to give Corbyn a chance. I think we need a general election and I hope to be a minister in a future Labour government.”