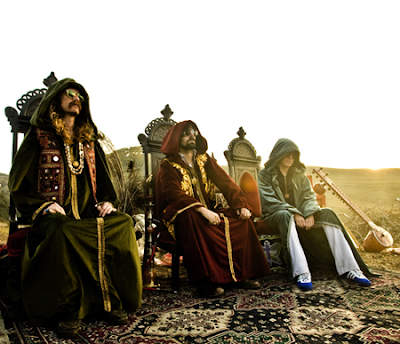 As Dead Meadow mark their 20th birthday, Getintothis’ Lewis Ridley has news of a date at Jacaranda Records: Phase One.

American rock band Dead Meadow will play Liverpool’s Jacaranda Records: Phase One at the end of his month as part of their 20th anniversary tour.

With their new album The Nothing They Need, released on Xemu Records, the band show that in 2018 they continue to fuse their love of early-’70s hard rock and ’60s psychedelia into their own distinct sound.

The album was recorded in Dead Meadow‘s studio/rehearsal space, The Wiggle Room, and it celebrates twenty years of the band with eight songs that feature everyone that has been musically involved with the band over the years.

Jason and Steve Kille are joined by original drummer Mark Laughlin, Stephen McCarty (the drummer throughout the Matador years), and current drummer Juan Londono. Cory Shane joins them on guitar for some Feathers-era dual guitar interplay when they come to Liverpool on Saturday, October 27.