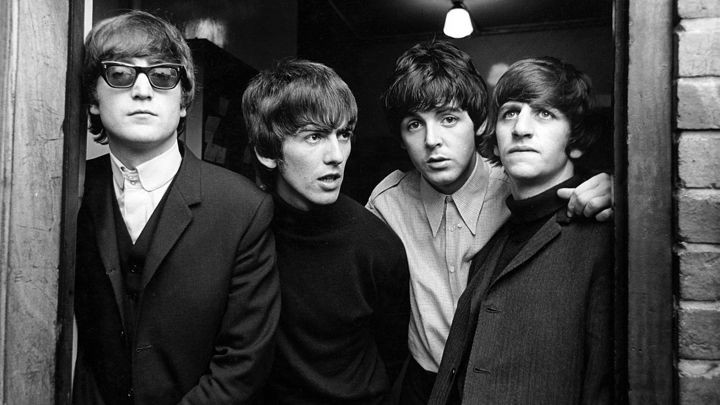 As April 6 sees the 50th anniversary of the Beatles recording Tomorrow Never Knows, Getintothis’ Banjo looks at the song’s history and continuing influence.

Some songs are listened to and left, some songs are revisited frequently and remembered fondly, but, very occasionally, a song has a life beyond all of this and goes on to change the world. The Beatles’ Tomorrow Never Knows falls very firmly into this latter category. Recorded an unbelievable 50 years ago, listening to Tomorrow Never Knows still sounds like hearing the future.

By the time of recording their seventh album Revolver, the Beatles were into their ‘studio as instrument’ phase and were experimenting wildly. Along with George Martin, they were trying to resolve the widening gap between the limitations of the studio and the expanse of their imaginations. Recording techniques adopted for this album included early use of both tape loops and primitive sampling techniques. It is telling that when the album was finished, the Beatles set out on what would be their last ever tour. None of the songs from Revolver featured in the set list.

Tomorrow Never Knows was the first track recorded for the Revolver, but was to be the album’s last track. After a five-month break from recording, the longest break they’d had as a band, they reconvened in Abbey Road studios to start work.

Before entering the studio, Lennon was reading Timothy Leary’s The Psychedelic Experience, which contained an adaptation of The Tibetan Book of the Dead. One night he recorded himself reading parts of the book and listened back to the tape while on LSD, which he thought was such an intense experience he wanted to capture the combined effect of both the drug and words in a song. The song’s title, never referred to in the lyrics, was a phrase of Ringo’s, used after its working title of The Void was abandoned in an attempt to, as Lennon put it “sort of take the edge off the heavy philosophical lyrics.”

Another influence was listening to Indian music. Lennon recalled a night at Brian Epstein’s Belgravia flat listening to an album of Indian music, telling the listeners “’Did anyone realise they didn’t change chords?’ It would be like ‘Shit, it was all in E! Wow, man, that is pretty far out.’ So we began to sponge up a few of these nice ideas.” Presaging Drone music, the song stays on a single chord throughout, an idea later picked up by, amongst others, Spacemen 3 and Sunn O))).

One important addition to the studio line-up was Geoff Emerick, who had previously been a tape op on a few Beatles albums and had become friends with Paul McCartney. Emerick was shy and quiet, but was young enough to appreciate what the Beatles were trying to do and also to want to kick against the rules EMI had laid down in the studio. One such rule was forbidding microphones to be placed closer than 18 inches to drum kits to avoid the overloading of audio signals, creating distortion and “unnatural” sounds. Emerick earned a rebuke from EMI for breaking this rule and damaging the mics when recording Ringo’s pounding drums, which give the experimentation a firm backbone, so as not to overpower the song.

Lennon and McCartney’s interest in tape loops provide some of the song’s most interesting sounds. Found sounds, such as McCartney laughing, the rim of a wine glass being played and a grandfather clock were amongst sounds tried on the six tape loops used during recording.

People were dragged into the studio to help with the getting the tape loops to the required length before being fed into the mixing desk, as various sound effects and instrumentation were faded in and out. Emerick recalls “Every tape machine in every studio was commandeered and every available EMI employee was given the task of holding a pencil or drinking glass to give the loops the proper tensioning.  In many instances, this meant they had to be standing out in the hallway, looking quite sheepish.” The final take for the tape loops was at least partially improvised, George Martin saying it “could never be reproduced: it would be impossible to go back now and mix exactly the same thing.”

Lennon asked for his vocals to sounds like “the Dalai Lama chanting from a mountaintop”. To achieve this sound (or something like it), his vocals were fed through a rotating speaker more commonly used for organs. Another technique was to run the vocals through a second recorder to simulate a multi-tracked effect. Although Lennon thought the song suffered from not having the “thousands of monks chanting” he originally had in mind, the treated vocals suit the song perfectly and in the control room McCartney and Harrison slapped each other on the back, with Paul shouting “It’s the Dalai Lennon!”

George Harrison played a droning C chord on a tamboura, not a sitar as is generally thought, and two heavily processed guitar solos were added, along with backwards guitars and cymbals. Further overdubs were added, for more vocals, organ, tambourines and piano and the song was finally finished on April 22, 16 days after recording started. Given that the Beatles first album was released in March 1963, they had, in just over three years, progressed from Please Please Me to Revolver, a startling progression by any yardstick and even more so when considering the pace bands operate at today. In one song they had moved on from their past and signposted their future. Yet again, other musicians had to try to keep up, but less than a year after Revolver was released, the Beatles would unleash Sgt Pepper on an unsuspecting world and change things all over again.

In terms of influence, Tomorrow Never Knows can be heard in songs from Stone Roses and Chemical Brothers among many others and has been covered by many people, including The Mission, Oasis and David Lee Roth, who listed it on his Diamond Dave album as ‘That Beatles Tune’. The track was also sampled by Public Enemy, Black Dog and UNKLE.

Love them or loath them, it is still, in 2016, impossible to deny the influence of the Beatles, prominently with Tomorrow Never Knows, as they took psychedelia to the mainstream.

Check out these tracks which have taken inspiration from Tomorrow Never Knows.

Tame Impala – Be Above It