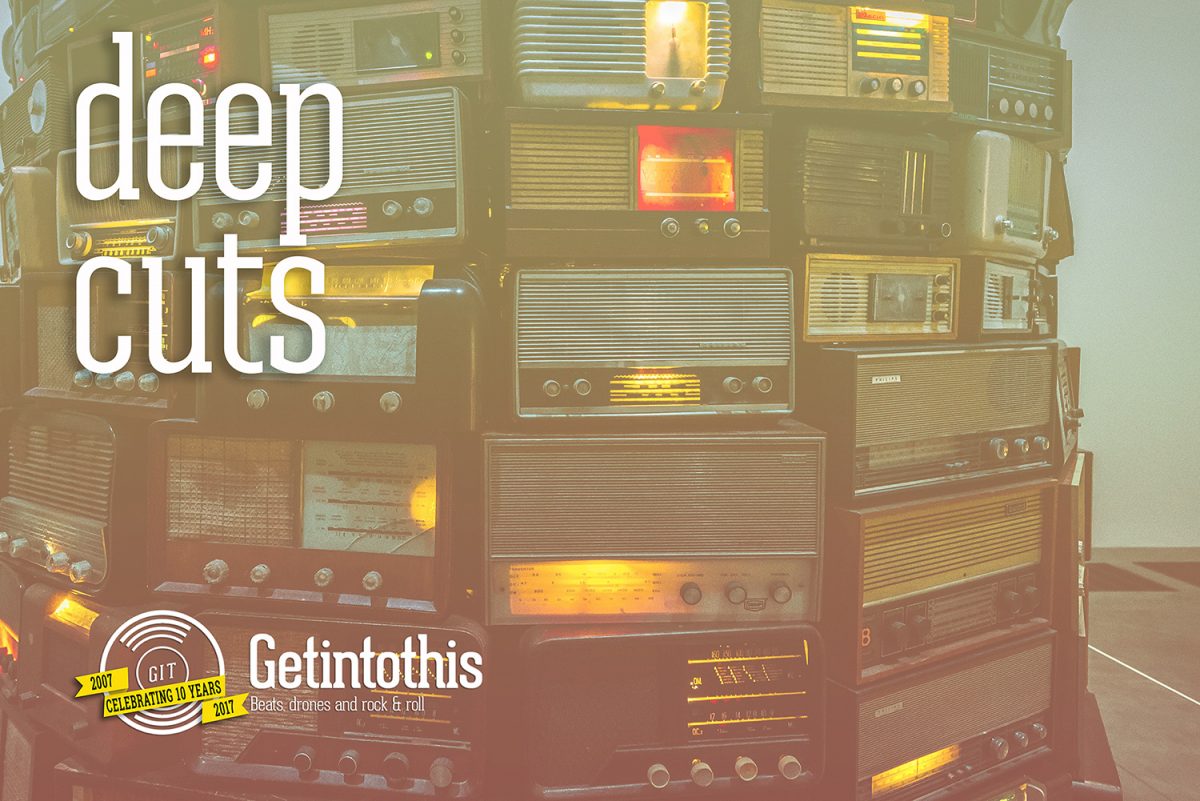 In my lifetime, I’ve never seen young people so engaged with politics as I have now. Referenda on Scottish Independence in 2014 and 2016’s referendum on the United Kingdom’s European Union membership have energised a generation where those before them have often given little input.

Political engagement reflects on culture in many ways, and we are here in a time where the two are more reflective than ever. A political leader, even just 10 years ago, would’ve laughed at the proposition that they’d be walking out at a music festival to people young and old chanting his name.

Politics matters to the masses now, almost as if it always has. Now more than ever the human impact of politics is projected upon the day to day lives of everyone. It’s everywhere, its your work and play, its your childrens’ school, your ticket to the match.

So, for the life of me, I can’t realise why anyone engaged with two of our cultures’ most influential elements would be ‘not arsed’.

There are two main culprits of this, ‘not arsed’ syndrome, they are the ‘keep football and politics separate’ and the ‘keep music and politics separate’ camps. I’m not sure whether these people just don’t realise that the two elements of our culture are intertwined, or that they do, but would rather ignore the importance of the latter in favour of the former.

Take a football club, any football club. A pillar of their community, a place of worship almost. At least once each week, a supporter looks to their team for maybe the first time, or maybe the thousandth time. To these people their football club is of paramount importance, it plays a role in their lives difficult to describe.

When fans mull over results, refereeing decisions and transfers, they stick up for their own. They defend their club, and they defend their fans. But when the dust settles on the match, that doesn’t stop. That’s why its nonsensical to believe that football and politics shouldn’t co-exist.

I was at District a few weeks back, where a banner greeted me upon entrance to an event held independent from but aligned with the Labour Party Conference. On the banner; a Liverpool badge, and an Everton badge. Hung out with pride, it belonged to the Fans Supporting Foodbanks charity.

In Liverpool we find some of the 8 million people in the country (source: Food Foundation report) who are forced to use foodbanks to feed their families. And just like they would each so strongly defend their own team in opposition of the other, these football fans have come together to the aid of those they share their city with.

I walk into the room and there are scattered leaflets calling for the defence of grassroots football, there’s football chat aplenty, and make no mistake there are blues and reds in verbal conflict.

Then there’s music, from Ian Prowse, The Farm, and Cast’s John Power, each playing in support for the cause. Here are people using their voice, literally and metaphorically, to pass on what they feel important.

Not long before that, The Blinders released an album tinged with political discourse because they feel it important. Not long before that, IDLES released an album flavoured with political discourse, because they did too. This week, Jon McClure or Reverend and The Makers was on breakfast television, discussing Taylor Swift, John Lennon, and Stevie Wonder airing their voices on politics.  Guess why?

By all means, there is value in music that discusses things far less serious. Some of the best songs by some of the best bands of all time discuss topics ranging from monotonous daily routines to fictional relationships, some of them discuss pretty much nothing.

But when an artist chooses to express their political views, or when a group of people united by one cause choose to try and do good for another, they should not be dismissed by ignorance.

So whether it be an album, an artwork, a football banner, an affiliated charity, or social media support – don’t deny the curator of such the chance to do what they feel is right, because it hinders your differentiation. If it does, in truth, I don’t think you get it. Lewis Ridley 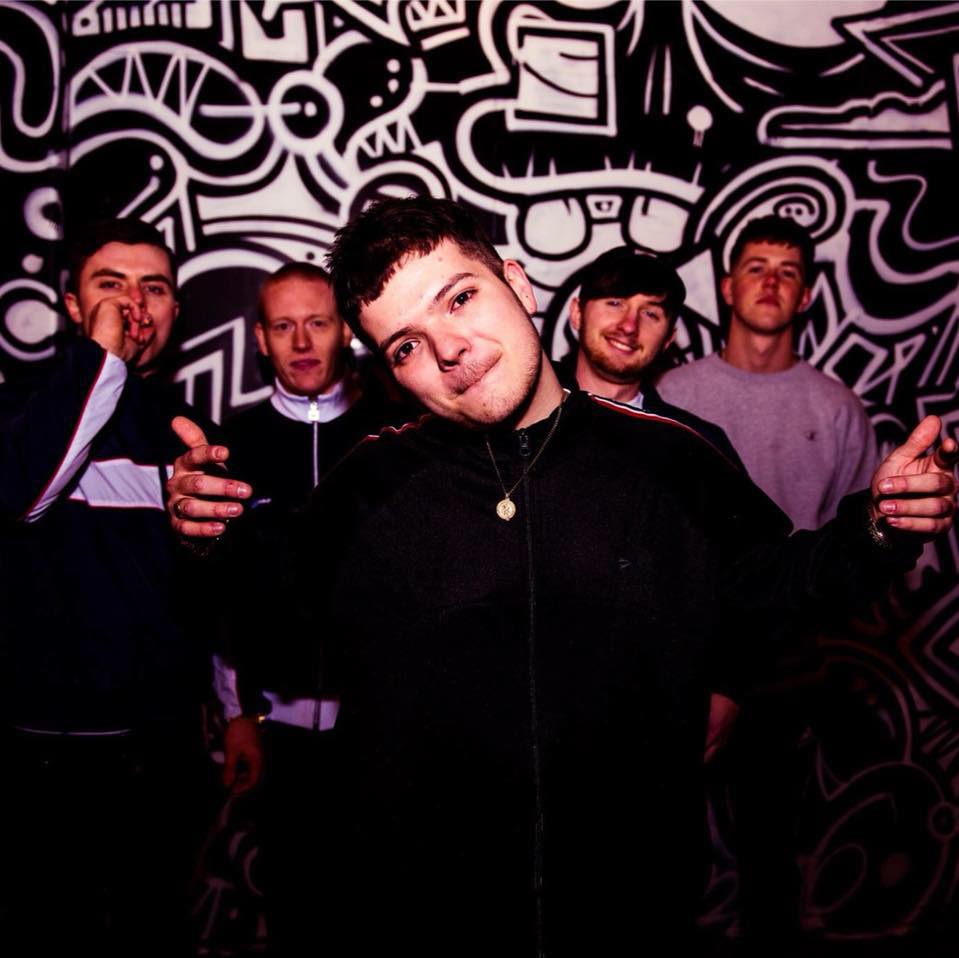 The latest single from Birmingham’s Ivory Wave is the bouncing hazed track Frankie. A colourful intro provides the prelude for their best effort yet. It is led by lead vocalist George Johnson, and it is no surprise they have slotted in with the likes of DMA’s recently, he projects that same air of assurance in his words no more so in huge choruses.

They play what they’ve described as their biggest night yet at their hometowns’ O2 Institute next month as part of a four date mini tour that otherwise sees them stop off in Manchester, Leeds and Brighton. 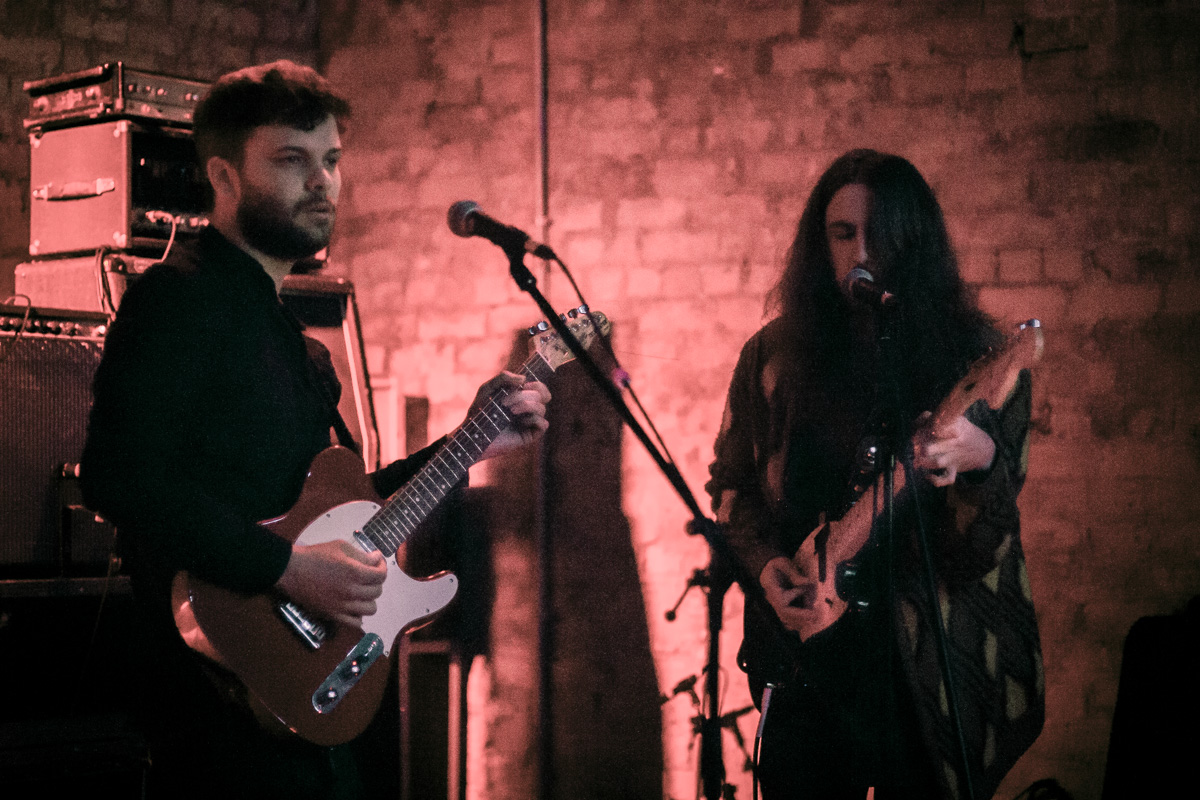 Ohmns have been described as a band who attract chaos.  They certainly sound like it.  Jocelyn is a monstrous slab of noise that hit syou full in the face.

Starting with what sounds like a child’s toy guitar, Jocelyn soon bursts into life, claiming a space at the rockier end of the Psych spectrum.  Shouted, echoey vocals add atmosphere to the song, as do a few twists and turns with the song’s riff.  This is where Ohmns excel, turning what could be a standard rocker into something else, its punishing riff repetition driving the song home and working its way under your skin.

There is a 60s garage feel to this that conjures up images of The Stooges thrashing songs out in a Detroit basement.  I am also reminded of Loop, which is a huge compliment as they were one of my favourite 90s bands.

Jocelyn sounds like it would be a monster when played live.  Chaos, it seems, suits them.

Set over a circular analogue bounce, with crystal shards of 80’s synth stabbing through, and swooping string lines, this is a sugar sweet sensation that spins us round and round, before ending far too soon. A project born in Manchester, Rabbithole is a collaboration between Bipolar Sunshine, David Walker, Daniel Abram, and Simeon McLean. It’s a productive partnership too, this is the fourth track they’ve released this year.

Ghost in The Waves is a driving, infectious and slightly wonky delight, born of a love for Moog and Roland beats and sounds, they’ve dressed it up for pop, taken it to the dance floor, played it some Yazoo and The Beloved remixes and created a pretty neat slice of Sunday morning comedown pop, graced with Bipolar Sunshine’s ethereal vocal. It’s pretty ace, actually. 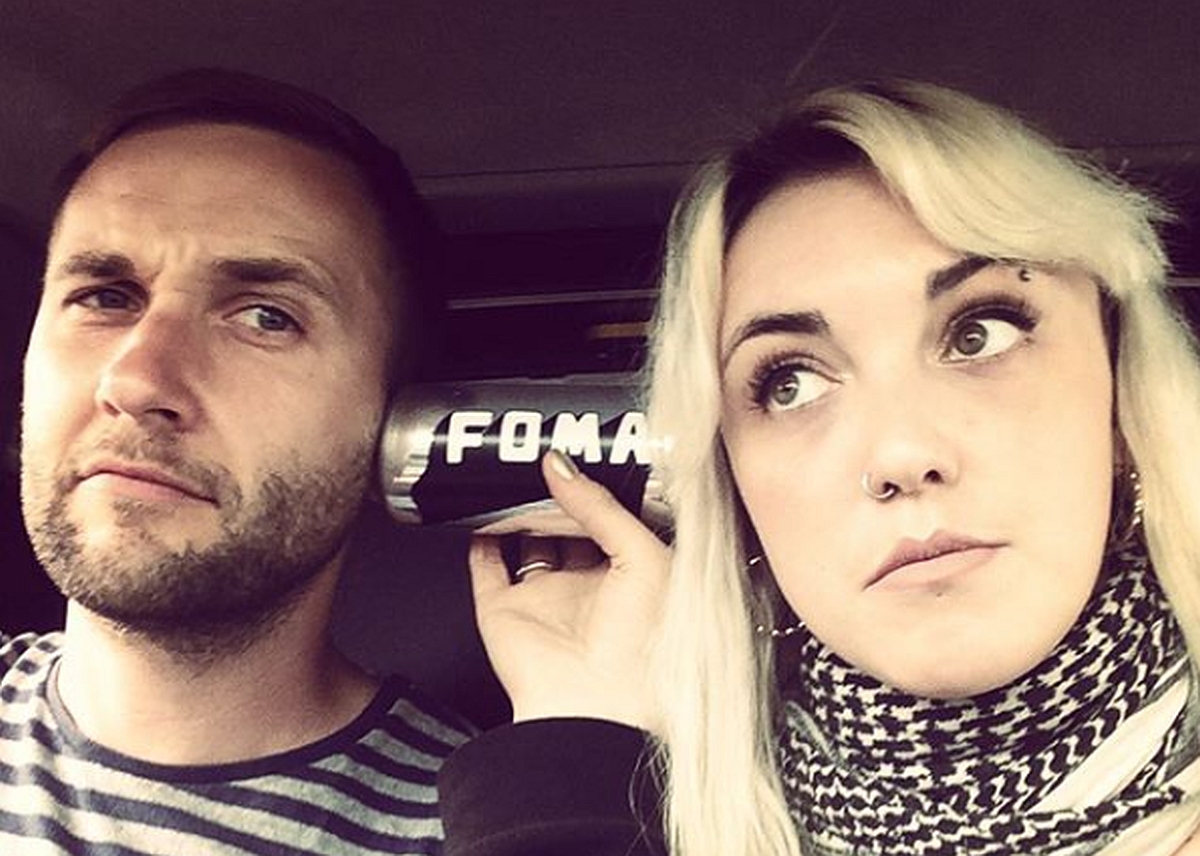 Soeur’s new single Fight sees the band swerve away from their grunge-pop origins towards much mathier shores. The intense vocals of co-singers Tina and Anya are truly what makes the song so powerful; starting the song intimate, the voices snowball with greater urgency and fury, the both of them sounding like Rage Against The Machine-obsessed beat poets.

The song only ever builds and builds, with guitar lines reminiscent of Sleater-Kinney propelling the song towards a final barrage of distortion. A real treat for fans of bands like Young Legionnaire and Sonic Youth. 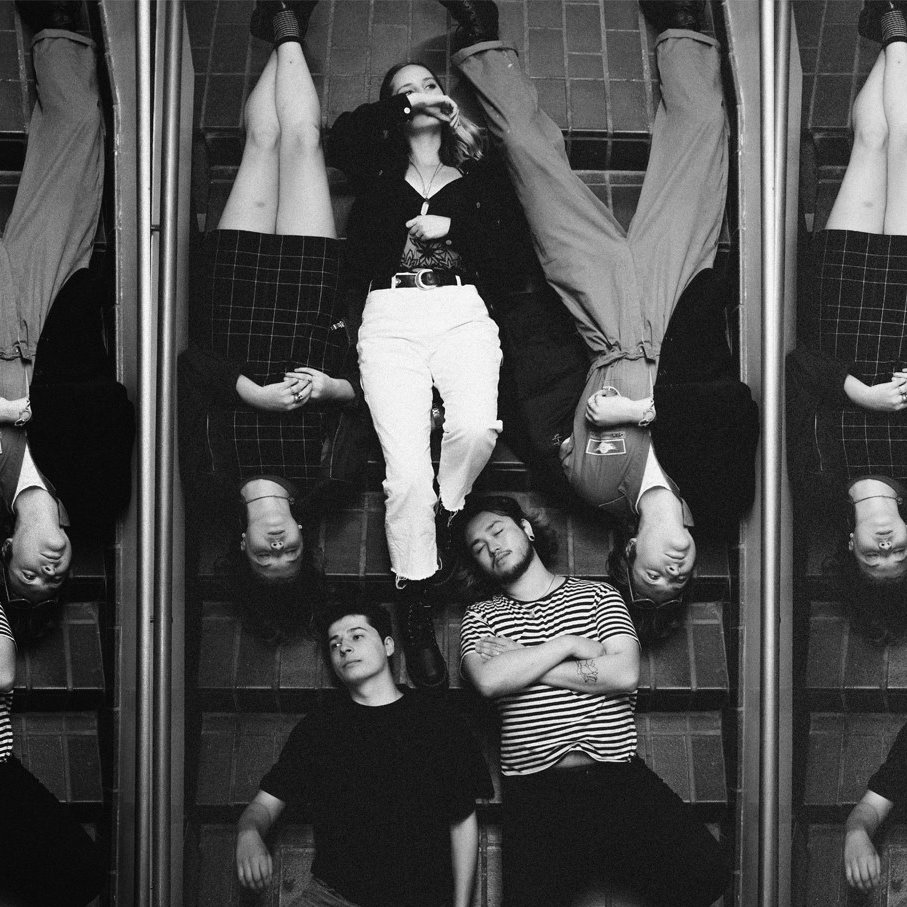 Camden based band Couples are somewhat difficult to put a finger down, rarely their music appears online and their live performances are currently affixed . With Rip ‘Em Out they have a jolting rock and roll number that kicks off with a murmering intro.

The track explodes with fierce guitar and drum combinations for a powerful and intense burn. One wonders what might come of this track, and whether more will be released, it’s certainly enough to wet the appetite here. 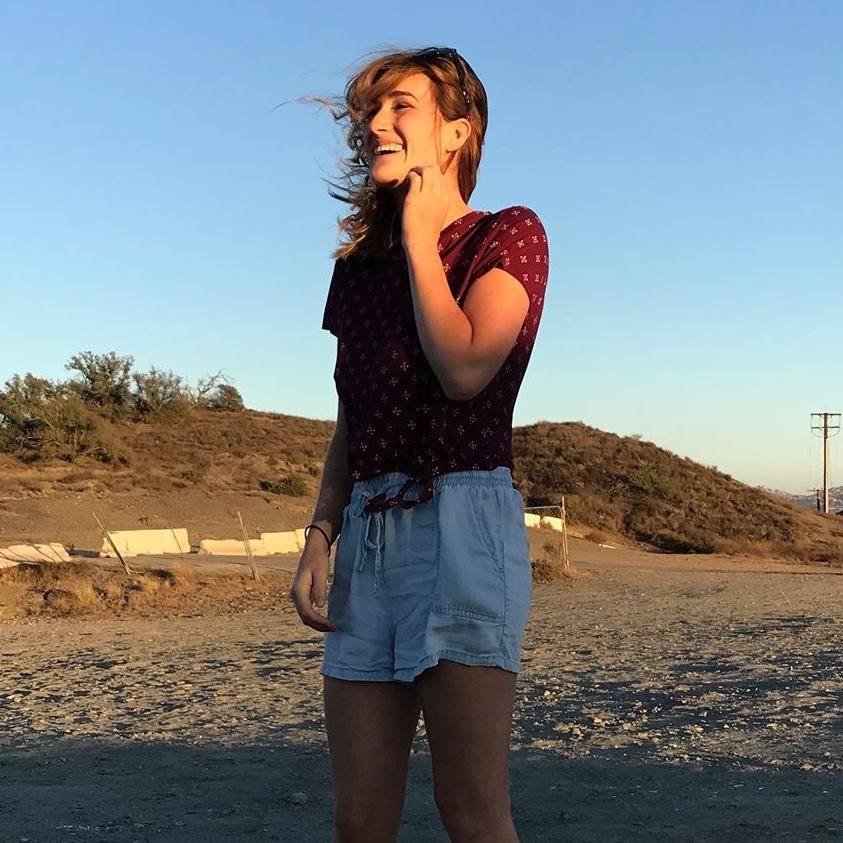 Alex Dunaway’s debut single, Call Me Darling, had a reputation proceeding it. Upon Dunaway’s graduation from the Liverpool Institute for Performing Arts this past summer, the track was presented with the SongLink award for Best Song Lyrically and Musically. And it’s no surprise the track won such a high title.

Through the arrangement of the song, and the way she delivers it, Dunaway strings the listener along on the roller-coaster ride that is love. The poignant and well-crafted lyrics are delivered with intense conviction. The vocal performance adds an additional layer of emotion, the twists and turns the melodies take mirror the tumultuous relationship described. The instrumentation builds and breaks, adding yet another layer of suspense and sentiment.

Dunaway recently returned to her hometown in Southern California, but she’s definitely one you’ll want to keep an eye on. 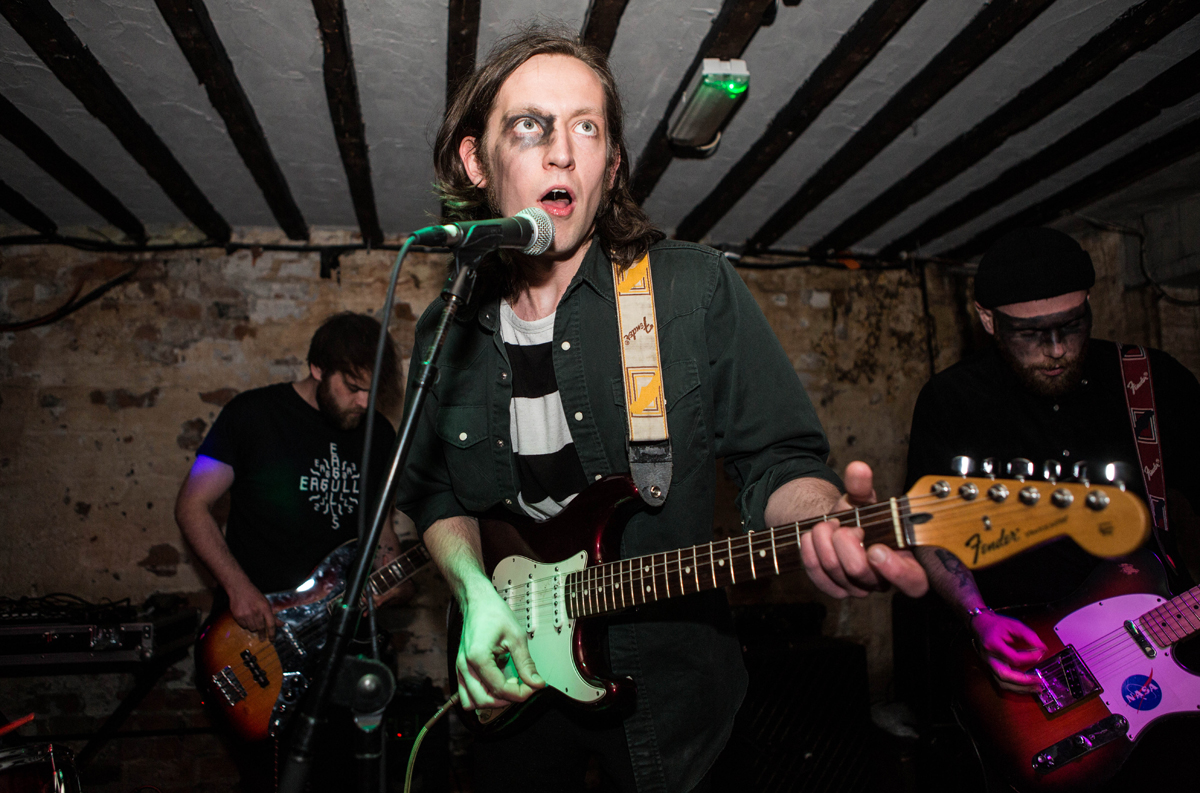 The second single from Liverpool”s Pale Rider sees them pick up the pace while keeping the cataclysmic energy last heard on debut I Run On Rain. This is a different beast all together, but a beast nonetheless, frontman Ben Russel opens up with what may be the standout lyric of this months’ Deep Cuts: ‘You caught me mid-yawn, reeled-off, the routine of your movements, and I was not bored.’

What follows is anything but routine, but from a drumstick tap from Sophie Thompson the track transforms into an unrelenting tornado fuelled by guitarists in seething combat Fran Codman and Louis Dutton.

Its a follow up single that has used the momentum of its predecessor and run with it.  Fast.

This five piece indie rock band from Manchester follow a well-worn path, with more than a nod to those who come before them wielding guitars, delay pedals and upbeat melodies.

Dropping their second single Go Home, they continue to progress from debut track Plug It In released earlier in the year- that was notably produced by Sugar House (Viola Beach, Pale Waves). Not surprising that attention has been drawn. 2018 has seen the ascent gather a respectable pace- gigs all over Europe, festival appearances and their biggest hometown gig at Gorilla last month.

This new cut is definitely full of promise, vigor and immediacy. Sean Rowles’ vocals give a rounded and well-matched energy to the complimenting hooks that drive throughout. Adam Jackson (drums) knows exactly what the track needs to keep the attention going. There’s certainly a range of influences here going on- Dylan,  Oasis, Marr-esque guitars along with hooks a-plenty for those who are craving the latest guitar heroes. 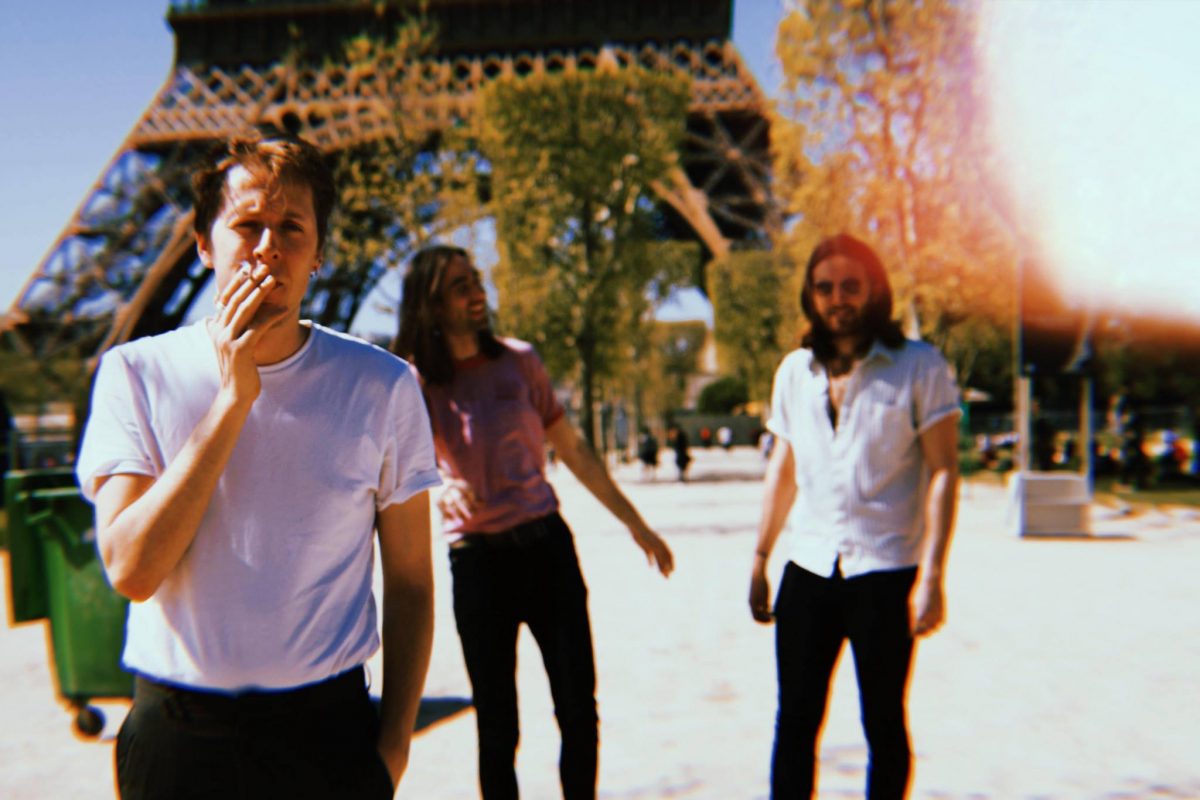 West Midlands based rock band The Americas newest single Rosanna is set to be one you will be singing constantly. The starting 30 seconds of instrumental music alone is a good listen, even before the lead singer begins. The song clearly about a girl they love, which isn’t uncommon with many of the all time greats following this style, but with this song being rock in style it adds a uniqueness which is what makes it differ from run of the mill love songs.

The song is instrumental in the majority, making it particularly distinctive, a toe-tapper, which is why its definitely worth a listen especially for fans of the likes of Clean Cut Kid.

Liverpool band, Peach Fuzz, are back with there latest track, Destroy The Evidence. Produced by The Coral’s James Skelly alongside Rich Turvey, the song is an excellent release. With a captivating intro, the listener will be hooked from the very start, with a gripping rhythm from start to finish.

Lyrically the song is strong as well, with lines like ‘you’re such a fool’ adding passion and meaning. An intriguing guitar solo before the last chorus helps wrap the enigmatic song off nicely.