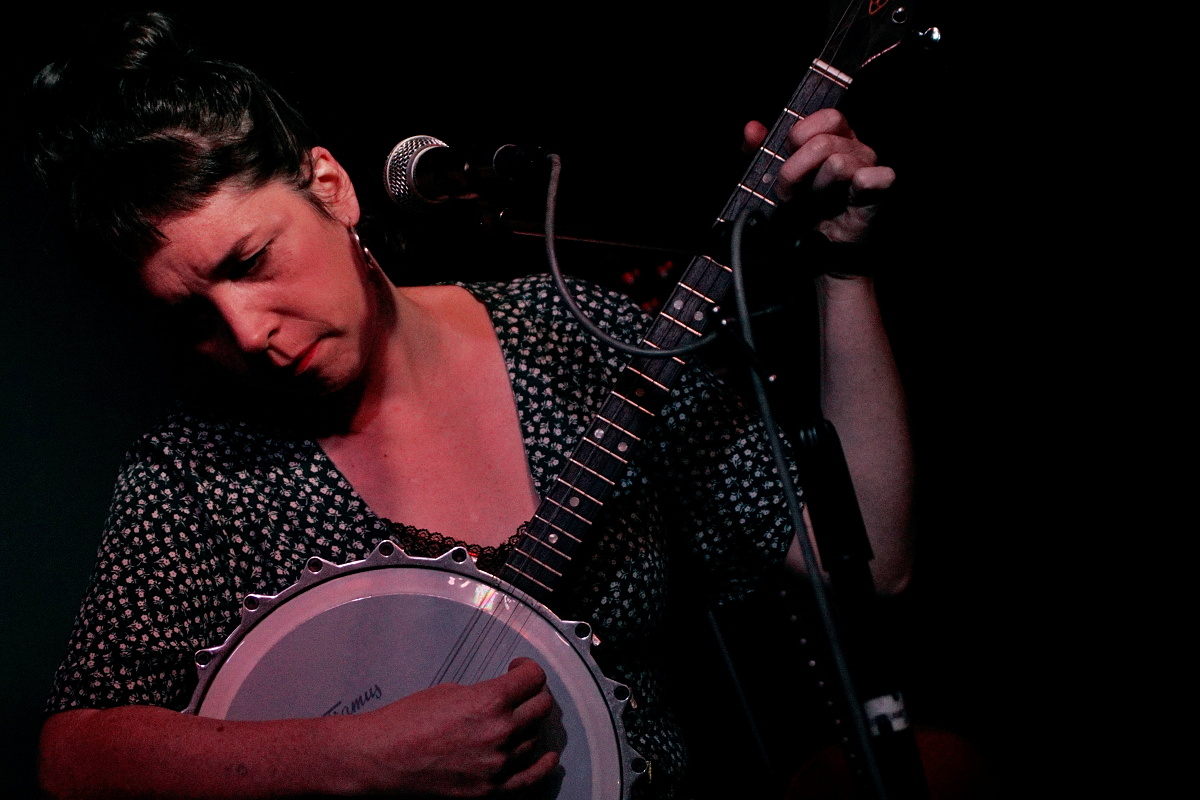 As Lisa O’Neill rolled into town to launch her new album, Getintothis’ Chris Flack heads to 81 Renshaw Street to see a night that included Anna Houghton and Charlie McKeon.

81 Renshaw Street is an odd kind of a place. The venue almost jumps out at you as you make your way from the street and you’re never really sure what you’ll find.

On our arrival, the heat is the first thing to hit us, that and the fact that for this hour there is a perfectly healthy crowd for this time of the evening. With a beer in hand, we take a pew.

Anna Houghton is first up, resplendent in red, she manages to hush a chatty crowd the moment she takes to the stage. She plays melodic, guitar-driven ballads filled with history, love, carried along by her stunning voice.

Skin is a favourite of ours, the attention she gets in the room is almost unnerving, making her seem a little uncomfortable in the silence.

She plays a selection of her own folksy tunes and ends her set with a track called Grow, a song that rattles along with a quiet urgency, demanding change; it’s a beautiful thing to behold.

While Charlie McKeon took to the stage to a chorus of shushes to quell the chatter, we were pleased to see that silence returned to the floor at quite a clip.

McKeon started with some old English folk tunes played with a folksy lilt and a deft hand, he delivers an impressive version of The Auld Triangle, a song that first saw the light of day via Brendan Behan, covered by Luke Kelly, Ronnie Drew and The Dubliners. About as Irish as Irish songs come.

He followed that with a track in G(ish), we didn’t get a name, it seemed like a linguists dream, a song about language and things getting lost in translation. McKeon seems to revel in this, the banter was top notch, talk of oddities, in-jokes with the bloke in the front row, songs about Apple Pie, a pretty splendid version of John Hardy Was a Desperate Little Man by the Carter Family and plenty of laughs among the punters. He even offered his album up, for a mere two quid. That it comes via email is down to his self-confessed unpreparedness.

We wonder how long it is before someone tells him there is a W missing from his surname.

There isn’t much in Cavan. It’s famous for a number of Irish poet’s, The Marble Arch Caves, Belturbet, a place we once decided would be the worst place name you could give a child when Paris and Brooklyn were all the rage, Cabra Castle and the Slieve Russell Hotel, one of the few places that we’ve ever seen with three helipads. Ah, the Celtic Tiger. May it rest in pieces.

While that may not appear to be an impressive list, it has produced one of Ireland’s most interesting musical prospects in the shape of O’Neill. Recently signed to Rough Trade cut River Lea, she is on the road to share her fourth album Heard a Long Gone Song… Released into the wild on this very day.

O’Neill begins with the old Irish song, The Galway Shawl which opens the album, just her voice and a haunting dream. She picks up a banjo for The Lass of Aughrim and is joined by Chris on the fiddle for Pothole In The Sky, which comes with a wonderful story about a parachute jump that had a positive impact.

As opposed to the one she expected.

Her next track was a joy and one that drew Michael to the stage, to man the keys. It was a song about Violet Gibson, an Aristocrat from Dublin, who gave up her wealth to follow her heart and politics, seeking social justice, if you haven’t heard, Violet took on Mussolini single-handedly ten years before WWII.

Gibson went to Rome. She shot Mussolini as he marched through the city, grazing his nose. She was lynched, and after a spell in an Italian jail she was shipped to Northampton, committed as a mad woman and continued her political career through unsent letters, found many years later. As memorials go, this was a piece of poetry.

Things create unemployment, cranes, container ships, forklift trucks, mines getting shut, docks being closed and deserted, and self-checkouts all come in for a kicking in Rock The Machine. A proper song of dissent. We wholeheartedly support her view that machines that replace people should be destroyed, if a bird could do it all the better, it would certainly be more dramatic than one of us kicking at the thing of an afternoon.

There’s nothing that quite sets a Friday night up like a murder ballad. Along the North Strand is a song about madness, mania, and murder that Nick Cave would be proud of, it’s deep, dark and dismal. Delightful.

As the night moves on we’re regaled with tales about border life, smuggling petrol, smuggling wheelbarrow (by hand)  and all manner of ‘other’ things across the border in the 70s on No train to Cavan. She’s right, there is no train to Cavan, but it’s well worth the drive, as O’Neill suggests, it’s an interesting place.

The question of whether John Lennon might be hanging around as a mosquito welcomes Lisas’ final song, Blackbird.  Earlier in the day the trio stopped off at Lennon’s house and played Leaving of Liverpool to mark their visit, their album release, and this show. None too shabby either.

All in, it was a night of jokes, superb banter, fairytales, tales from home, politics, and subversion. An in-depth story of talking black sheep in Roscommon brought the evening to a superb close. While O’Neills voice might not be to everyone’s taste we found her beguiling and a joy to listen to. We look forward to her return, we just hope she brings some of those Cavan Mushrooms she sang about. 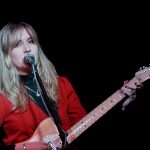 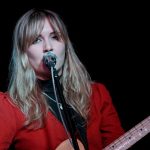 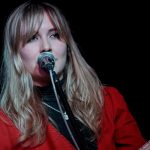 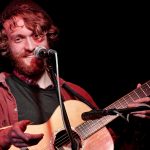 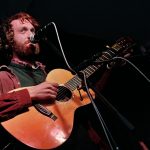 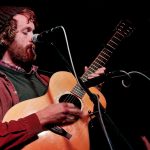 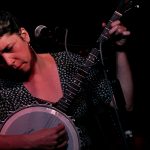 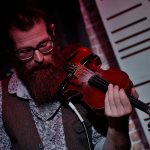 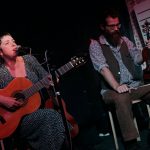 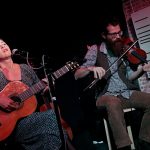 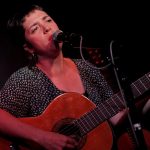