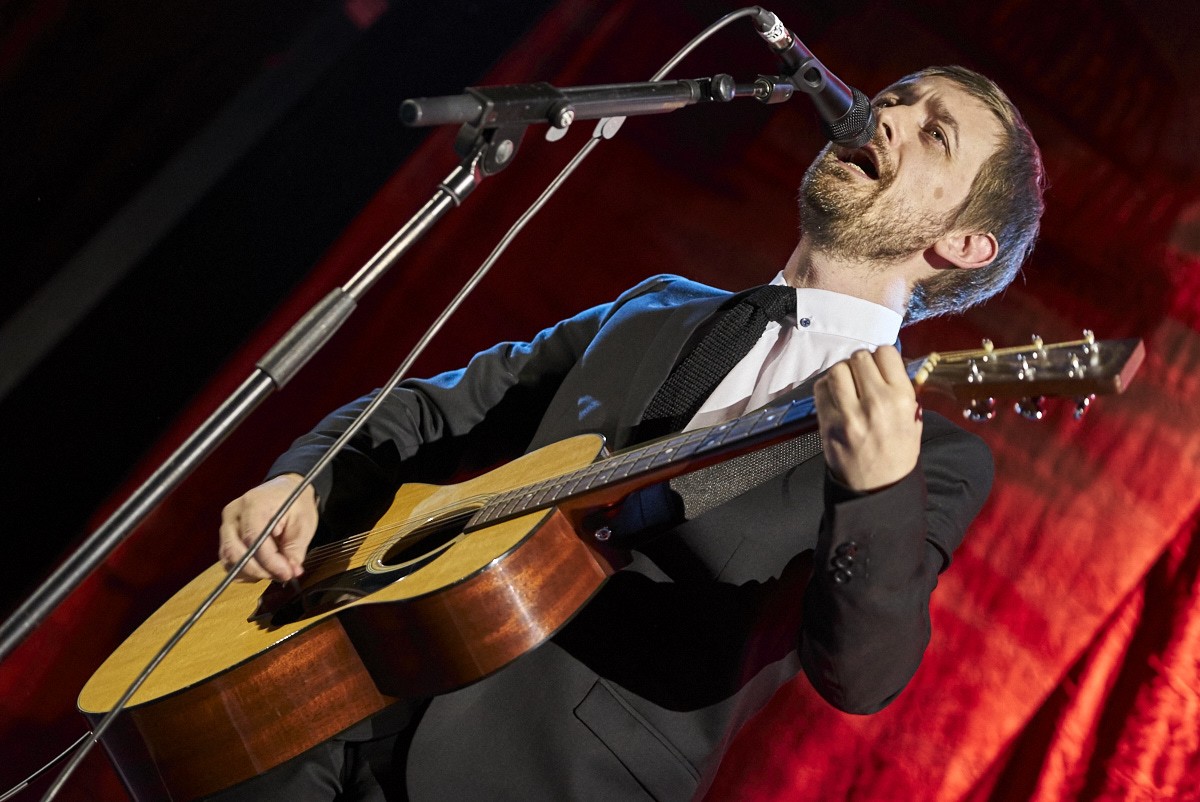 There’s one big problem with reviewing The Divine Comedy – you know Neil Hannon would say it so much better.

For Hannon, the man who essentially is the band, has been the purveyor of some of the nation’s most intelligent pop vignettes for more than 25 years now.

The last time this writer saw him in Liverpool was several years ago in a sweat-drenched L2, a packed crowd enjoying a riotous party.

Yet here we are in the austere surrounds of St George’s Hall for an all-seated gig which sold out before some even knew it had been announced.

In a venue where Charles Dickens once entertained the masses with his public readings, it feels appropriate we have perhaps pop’s most literate and well read craftsman to entertain us.

Hannon arrives in full-on black suit and tie, clutching half a Guinness and with a five-piece band in tow, just a dog-collar away from pulling off the full “young Irish vicar in Father Ted” look.

Yet he’s 45 now he tells us – he’s wearing very well – and the crowd is a manifestation of his staying power, crossing the generations from his contemporaries to Twirlies to a smatterings of teenagers.

“We’re going to be talking a lot about nothing in particular,” he tell us. He knows that’s the sort of thing we like.

He kicks off with a few from last record Bang Goes the Knighthood, Hannon donning a bowler hat and Foreign Office umbrella to complete the look in the title track, as an establishment figure risks it all for an illicit liaison in the capital’s underbelly.

Our Mutual Friend is magnificent, perhaps the best song here tonight, Hannon abandoning the stage for the lap of the front row and then the floor of the hall, as he lets loose on his vocal as a lover abandons him for another.

Maybe the problem when your songs are as clever, knowing, maybe even a little arch as Hannon’s is making sure your music hits the audience in the heart and the stomach as well as the mind.

Our Mutual Friend, the achingly nostalgic Lady of a Certain Age and the Frog Princess are the times tonight when Hannon comes closest to achieving that elusive double header.

You sometimes feel Hannon has been born in the wrong age, and should have been hanging out with  Oscar Wilde, trading cutting quips like foppish dandies. He’ll have heard that before for sure.

Check out more of our live reviews here.

But there’s plenty of modern commentary to his words, not least in Complete Banker, as damning an indictment of the greed which almost bankrupted the nation as you’ll find.

“Oh, how I hanker for the good old days, When I was free and a complete banker
I’m a conscience free, malignant cancer on society.”

Ever the showman Hannon couldn’t come to Liverpool without a nod to the locals, with Alfie dedicated to Cilla.

There’s a costume change as he departs the stage to return decked out as Napoleon before a section which includes the wonderfully bizarre Sweden and Count Grassi’s Passage Over Piedmont, introduced as “a song about early balloon travel”.

Cigarettes and Alcohol this is not though Hannon opens up his stage prop globe to reveal a drinks cabinet and proceeds to pour a full round for the band like the nation’s suavest waiter (two red wines, two lagers, a coke and a Guinness since you ask!)

There’s tremendous fun too with How Can You Leave Me On my Own, as an abandoned Hannon is left couch-ridden and looking at naked ladies on the TV as he struggles to cope with another break-up. Well, we’ve all been there.

He abandons Napoleon for a stool, grabbing his guitar for a lovely section which includes Lady of a Certain Age, and new single Catharine the Great, both archetypal Divine Comedy and all the better for that.

And pretty soon, it’s time to abandon the seats as the audience are on their feet for At The Indie Disco, a song where Hannon manages to combine a chilly night bus ride and New Order’s Blue Monday into the same verse. Surely some sort of Nobel Prize awaits for that?

This is the “hits” section with Something for the Weekend, Becoming More Like Alfie and finally of course that one-time top ten smash National Express. You feel Hannon could simply dive out of St George’s Hall like a Pied Piper of Pop and lead a conga straight up London Road to Norton Street to complete the effect of this paean to the nation’s coach travel.

They depart briefly before returning for a three-song encore where Absent Friends is the highlight though closer Tonight We Fly sums up everything rather well.

“And when we die, will we be, that disappointed, or sad, if heaven doesn’t exist, what will we have missed, this life is the best we’ve ever had.”

This is life, the best we’ll ever have – and it’s all the better for having a singular talent like Neil Hannon in it. 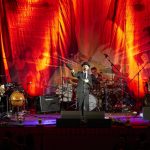 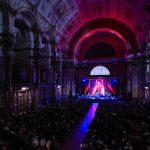 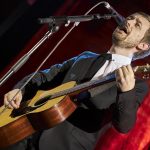 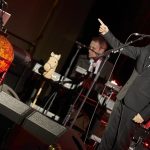 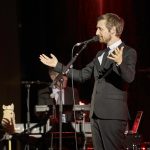 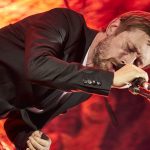 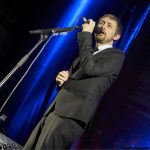 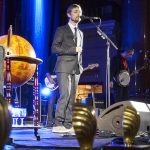 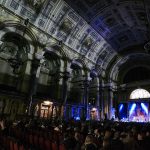 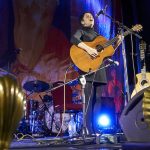 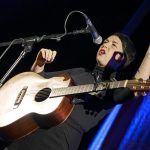 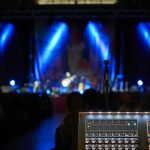