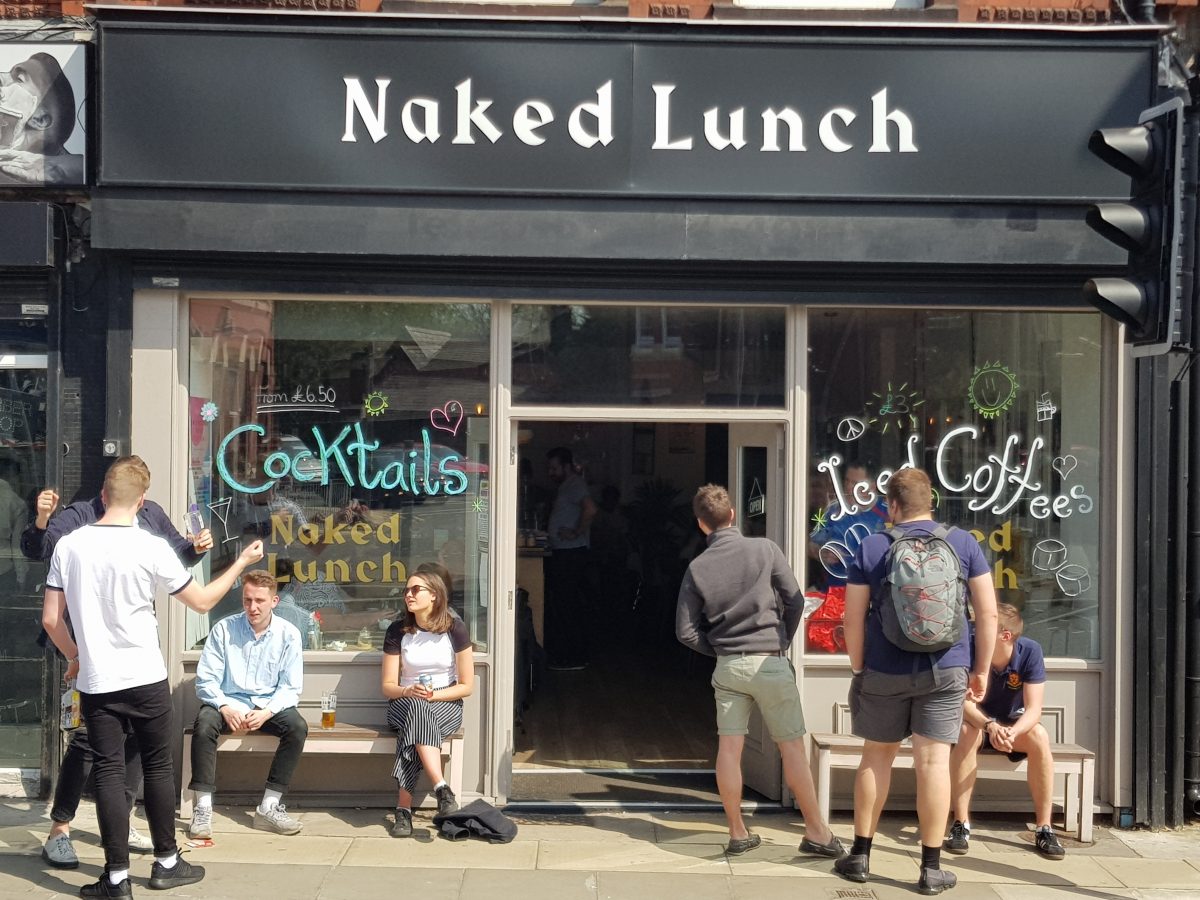 As the new scene building around Smithdown Road continues, Getintothis‘ Paul Fitzgerald looks at the cooperative behind Naked Lunch Café.

The rebirth of the Smithdown Road area shows few signs of slowing.

New life has blown into the area over the past few years. A welcome wind of change driven by a passion for the DIY ethic, the fiercely independent spirit of a dedicated and committed handful of people, a growing music festival, and the needs of a community to embrace more than just second hand shops and vape emporia in the many commercial spaces either side of this important arterial route from the south of the city to the centre.

With Bold Street maxed out, at capacity in terms of both concept and rent prices, the Baltic Triangle seemingly engaged in a constant battle with the encroaching cranes of greed and the inevitable gentrification they bring, the North Docks/Ten Streets area awaiting its still uncertain future, those enterprising souls behind the almost accidental new Smithdown vibe have begun creating something really special for their community.

This is about more than just food and drink. More than just a few bars in a few empty shops. There is a vision, many visions in fact, for the future of the area. An attitude of ‘well if that worked, what about this?’ There’s a thriving ambition to much of what’s happening in the community, and nowhere is that more obvious in what’s happened at Naked Lunch, which began as a Cafe, owned by a co-operative of 50+ like minded creative thinkers.

More recently, the space has grown and become more of a creative hub, with live music and art taking their place alongside the already blossoming reputation the Cafe has for its food and drink. Fronted and run by musicians Iain Morley and Paul Tsanos, the offer continues to grow, with plans for a very special addition to the Naked Lunch family coming to the Smithdown area soon.

Iain Morley explains, ‘yeah… its always a concern as to how you’re living up to your reputation, especially when you’re new, growing and its important to have those things right. We’re still tweaking, branching out into Sunday lunch, and launching a new winter menu to bring back some hearty staples back to the table, hopefully with our unique NL twist’

Naked Lunch isn’t what you’d call a traditional space to use as a venue. It’s a cafe, after all. But it works. It lends an intimate, almost familial atmosphere to the many live events they put together. The space has become multi-purpose, while remaining warm and welcoming.

‘…We see the space as hybrid, it was designed that way to be competitive. I think one dimensional bar/restaurant/coffee shop can be a bit stifling, so we see it as an opportunity to be different…’

‘I suppose as a venue and exhibition space it’s just organically grown as an extension of the community. As you know with 50+ owners, we’re keen for us to show all aspects of our community, which involves supporting local artists and musicians’ 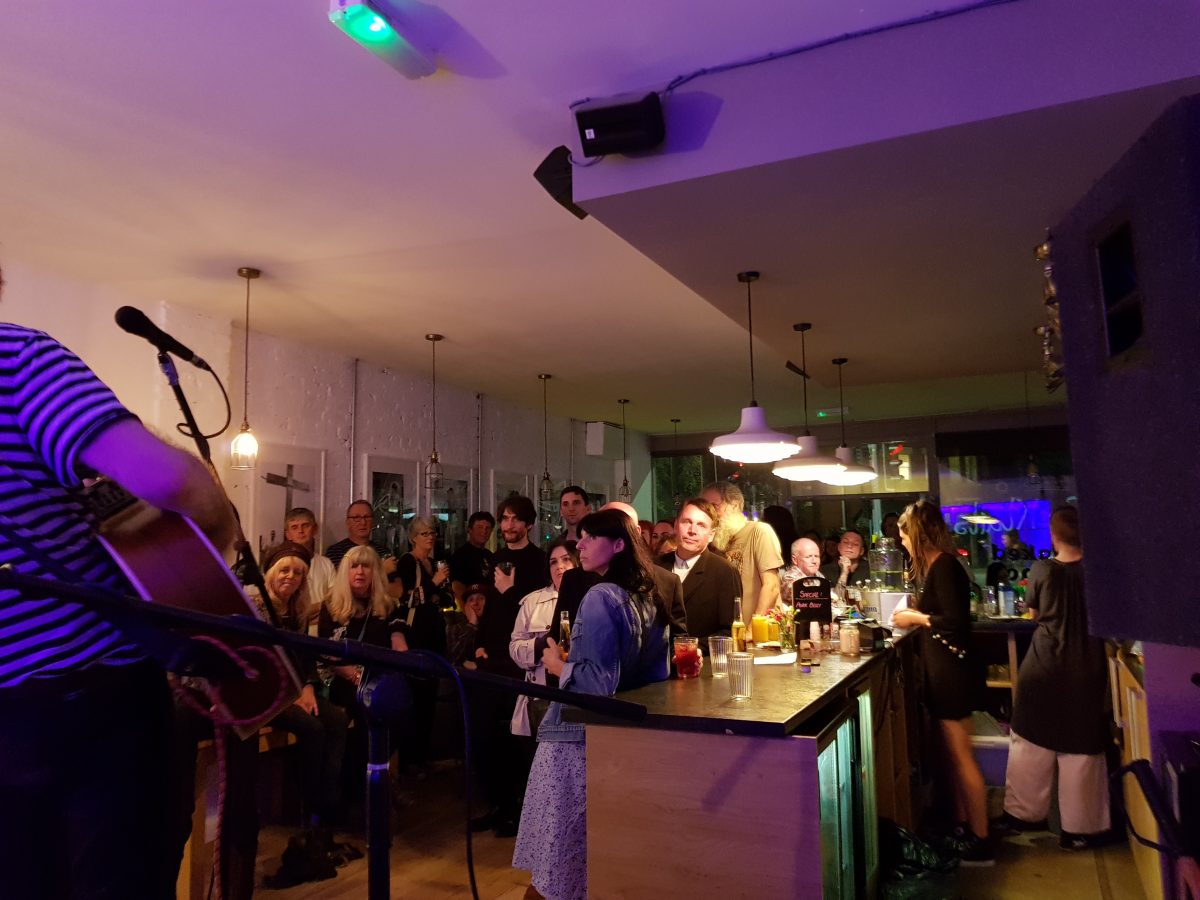 Easier said than done, when there are musicians driving it, we guess.

‘Well, yeah, it’s no secret that Paul and I have both been musicians most of our adult lives so it reflects our personalities as well. I think that’s important in a business. Some like a mission statement, we’d rather let the customers feel the statement from how we present our space and that all elusive ‘vibe’.

‘It’s not always easy, of course. We’ve had some international artists come in and first impressions haven’t been great, then they see the change…the staging, lighting, and the pre-event buzz as people float in and it fills up to calm any nerves. Its all part of the fun, you know?’

That vibe is a thread that runs through the gigs you’ll find at Naked Lunch, too.

‘When it comes to booking the acts, for me its always been about quality. Seeing bands, touring and getting to know a lot of people over the years, I’ve leant more towards the Americana/country world so far, as it’s what I know best.

‘It’s also what I’ve felt doesn’t always get the headlines, but the shows are always packed with loyal legions of fans. That being said, this year we’ve had Field Division from Bella Union, Anthony D’amato, Joana Serrat and a host more who are considered more 6Music and current indie outfits’

And in everything, the art matters. The white painted bricks at Naked Lunch make it a perfect exhibition space for the eclectic and vibrant range of work they show.

‘Oh yeah, well….it’s a similar vibe with exhibitions really. Quality first, local preferable and something that’s going to capture attention. We rotate a month on/off usually to let the space settle and be blank again before a show so it has an impact.

‘We’ve had acclaimed photographers, fine artists and digital format styles all changing the space as the work goes up. Its totally free, we host a launch night and use our social media presence to promote along with the artist. The aim is to promote their work, make them some sales, and create a presentation to customers that keeps things interesting.’

With all the creative side of the Naked Lunch business, it’s interesting that the size and shape of the space of the place isn’t in any way limiting. They still manage to be true to what they do, their bread and butter.

‘Limitations are all in the mind’, Iain Morley says. ‘Yeah, it’s a challenge to represent the space a number of different ways in one day, but we have a good system, we work together and its always our aim to utilise and deliver as best we can.

‘We’ve been lucky this far that its been received well, but we’re still more than happy to showcase our award winning array of vegan, vegetarian and full meat breakfasts, lunch and evening menus along with teas, coffees and craft beers as is our main trade. The chance to show something else is somewhat of a Brucey bonus’

What about the next steps for Naked Lunch, then? Where do you they go from here? Well, initially, next door is the answer.

‘The next steps for us have been in the process for a year or more. We’ve secured a number of other properties with a vision to deliver more ethical businesses along Smithdown…first for the cafe though, is the potential to expand into the building next door, its early stages but a number of like minded members of the cooperative decided to come together and buy the building as an investment, which also protected our vision for the future’, Morley says.

That vision. That future, will also take them on a new journey. Not a long journey, exactly, just down the road, in fact. 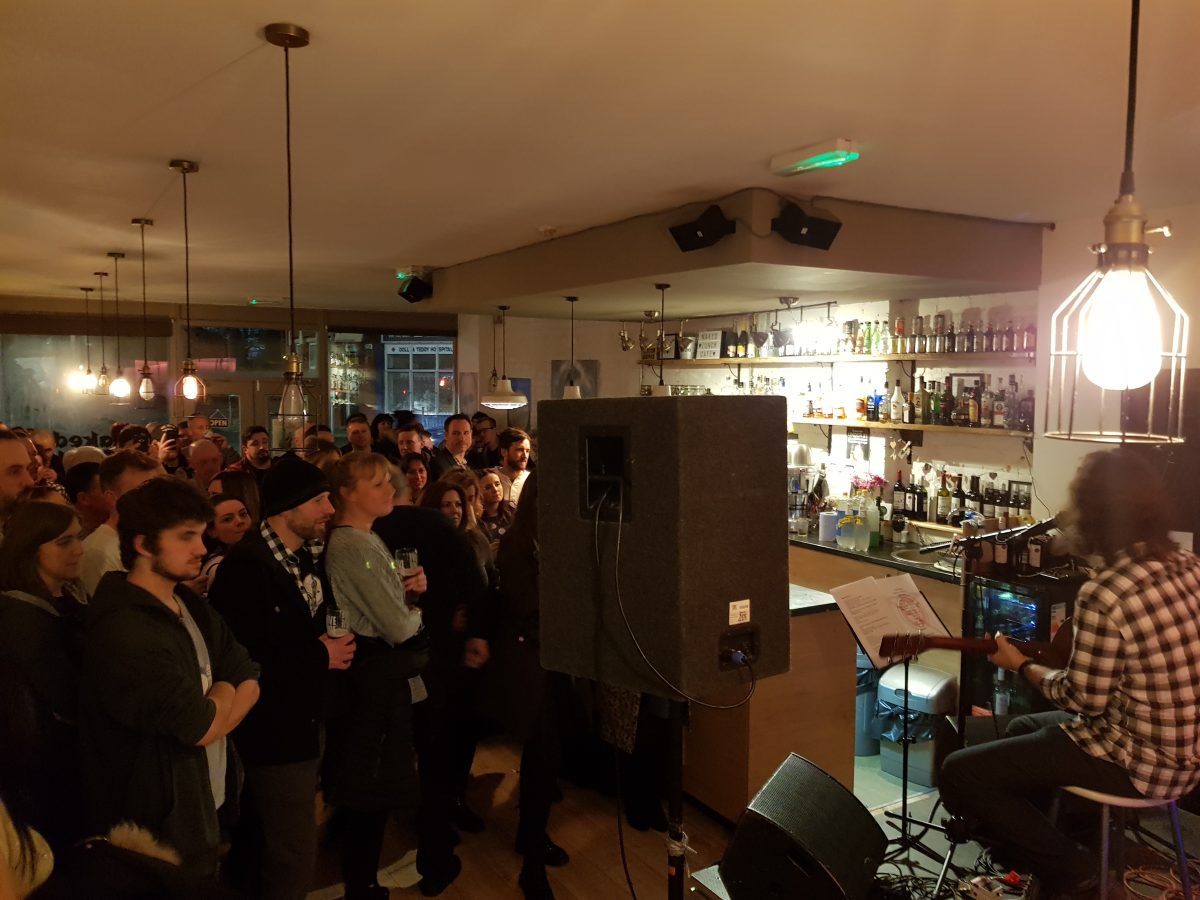 At the junction of Smithdown Road, the Mystery and Crawford Avenue, sits an unremarkable, unloved and long abandoned former Conservative Club. It may seem strange to think of it now, but our city used to be populated with these clubs, often in the most incongruous areas where you’d be forgiven for thinking a largely working class community would be an obstacle to such a place existing. Not so, sadly. Quite the opposite, in fact.

The Conservative Club closed many years ago, and has been waiting for someone creative and energetic to come along and reimagine its space, repurpose it, and develop it into something new for the community. A centre. A hub. A space for the whole community, not just a select membership. For the many, not the few, you could say. Such a vision is what the co-op behind Naked Lunch are about to bring to this corner of Smithdown.

‘Liverpool Independent Co-operatives (LICO) –  has been set up as a not for profit organisation whose challenge is to help deliver these projects. Its most ambitious so far will be the delivery of Smithdown Social Club. A not-for-profit venture, community owned live music, brewery and art space to deliver another bespoke, hybrid unit that will provide the community with much more in terms of culture, training, education and ownership. A much needed community space owned and run by its members.

‘It will be in the model of the Leeds Brudenell or Trades Club in Hebden Bridge. Hybrid in nature again, delivering community-focused events as well as high profile live music events. It will be a members club with discounts on food, beer, gig tickets and a much needed 300 capacity venue outside of the city centre.

‘It is still in its formative stages with the society registration paperwork and licensing being in process but we’re hoping that a launch next year will see full launch, adjustments and improvements to the building and a really interesting space for the community.’

That community focus, the passion and energy to deliver something new and different in unusual spaces, is one of many triumphs of the resurgence of this area. This is Liverpool, a city used to doing things for itself, proudly independent, and with a passion for collectivity and collaboration. It’s what we do. It’s what we’ve always had to do.

Smithdown Road is emerging still. A village outside a town, with its own venues, its own scene, even its own festival. And thanks to people like the cooperative, its own spirit. 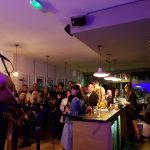 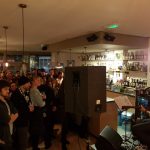 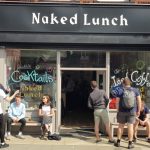 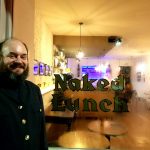 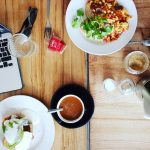 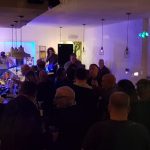 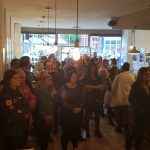 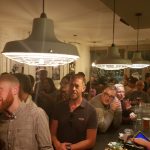