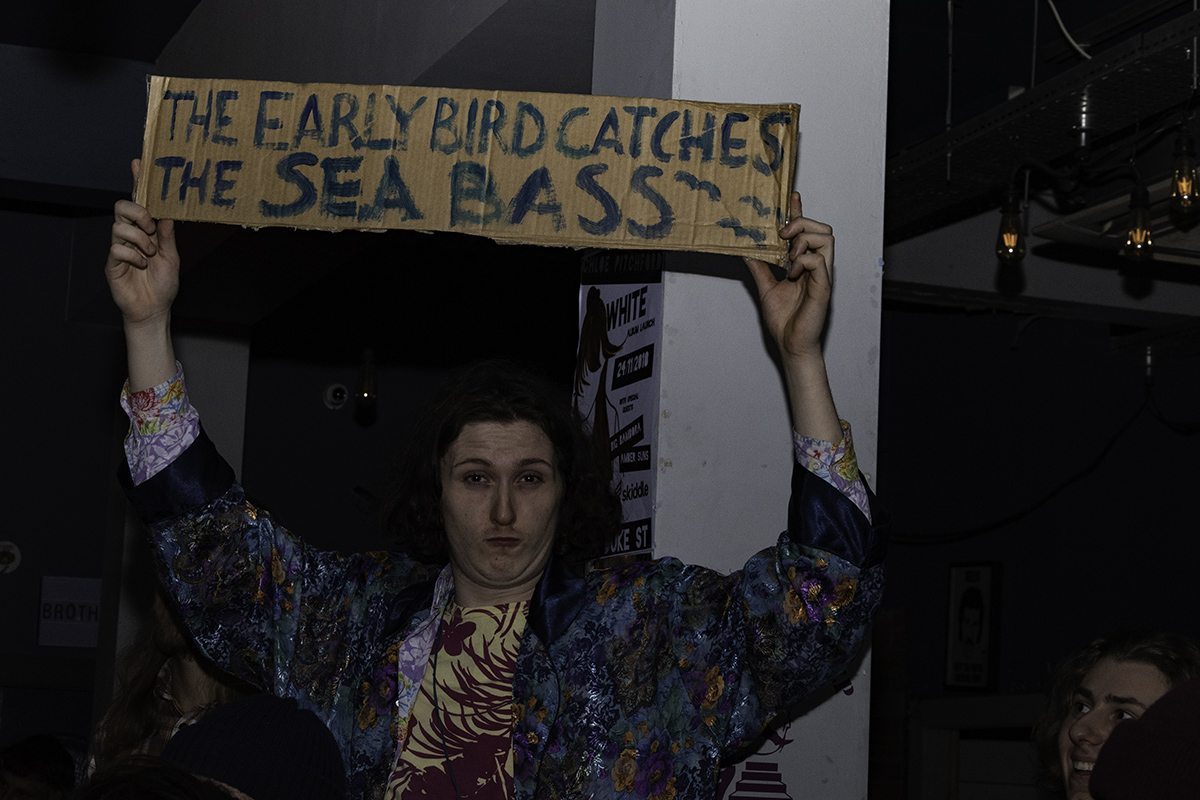 Meatraffle headlined an all day mini festival at Sound Food and Drink and Getintothis’ Graham Smillie was there to catch all the fishy action.

In this, the 4th edition of the Eggy Records, Sea Bass events most of the usual suspects joined together to bring a feast of music and mayhem to Sound Food and Drink. These events have always been good, tonight’s expanded version was better.

Eggy Records is a loose collective of musicians, mainly headed up by Sam Warren, lead singer with Jo Mary, but also plays drums with Bill Nickson. This sense of looseness and co-operation is a common strand across several of the bands, with Beija Flo appearing three times and Bill Nickson twice.

The bands stay around all night supporting, encouraging and taking the piss out of their bandmates. Mold join Starlight Magic Hour, everyone joins Jo Mary and no one appears to feel bruised in the ego department.

Over the years we have watched these bands develop there has, at times, been a chaotic edge to the performances. Often this led to a descent into chaos. While there is still a potential for this to happen, the quality of the musicianship has risen to such a level that, although it may teeter on the edge, it never falls off the cliff and this is a good thing.

The night began with Beija Flo, one of this writer’s favourite artists around at the moment and so we could have gone home happy there. It’s testament to the quality of the line-up that we never felt any sense of a dip as the night wore on.

As each band took the stage we never felt there was any sense of sameness about the acts, although they all fit well into the indie/art/rock strand of music.

Manchester Gigs of the Month: November 2018

Sound is a small venue and the bands were split between upstairs and down, the short turn around times filled in perfectly by the DJs and although there was a slight over-run things flowed well. We’re not exactly sure where the Sea Bass thing comes from, but enough of the bands and crowd caught the fish theme and dressed accordingly, although one young man must have got the wrong message and turned up as a banana!

A call out if anyone had brought any real fish was met with a negative. A disappointed, fish head wearing Jo Mary tambourine player shook his head saying “We’d have brought some, but you can’t get away with that kind of thing these days.” A sign of the times and no mistake.

The lads at Eggy Records are creating something fishy in Liverpool. Sea Bass IV was special. pic.twitter.com/qWDUSPaylI

In conclusion, a top night. All the acts were between very good and great, a couple we’d not seen before, but will look up later. Meatraffle we found a bit unusual, but we’re curious to hear more. 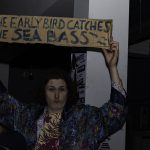 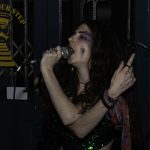 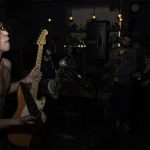 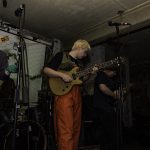 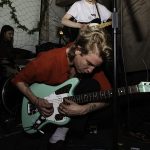 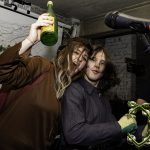 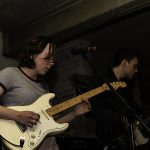 Hannah and the Wick Effect 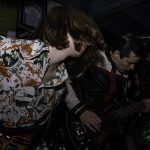 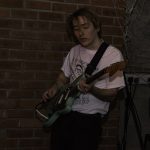 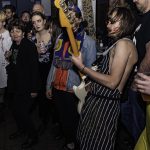 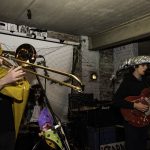 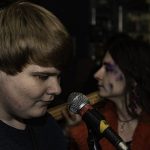 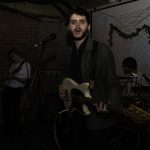 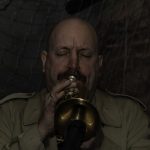 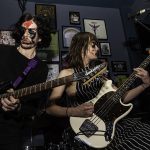 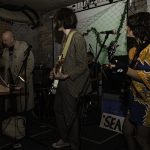 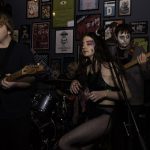 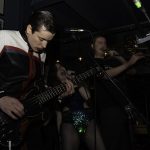 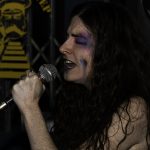