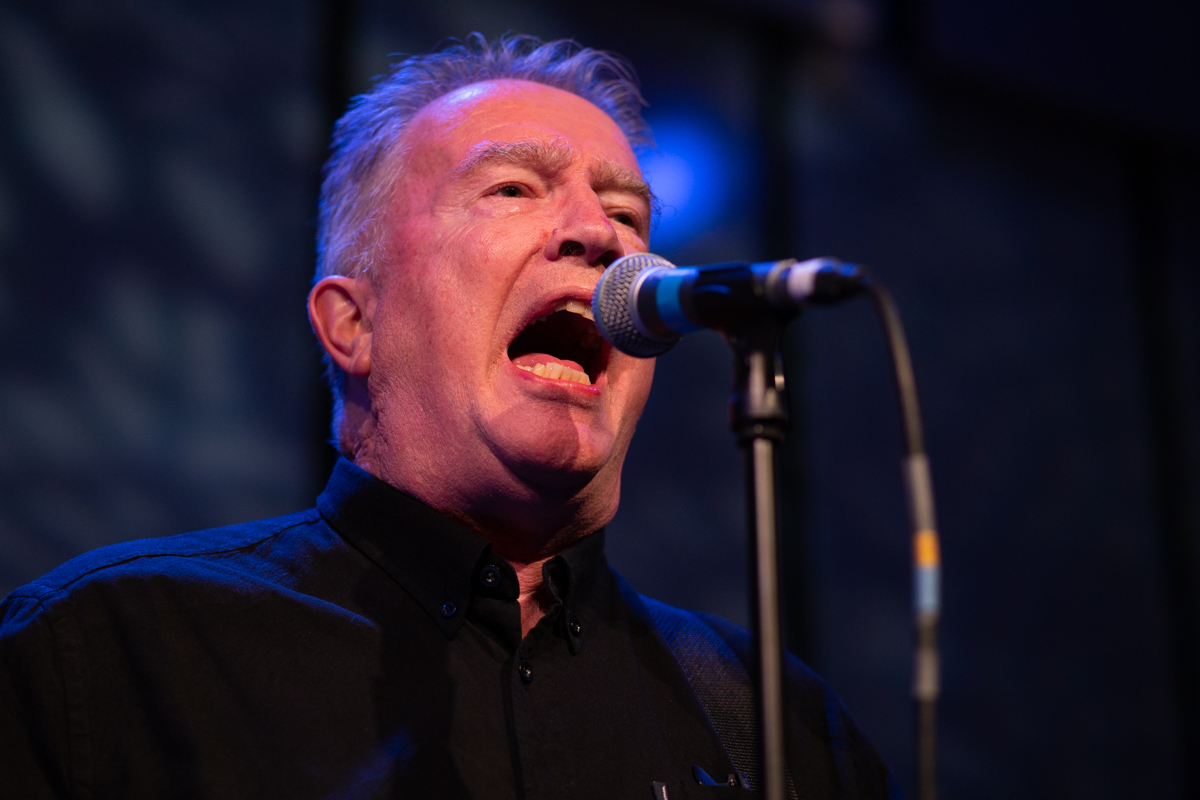 Tom Robinson celebrates the 40th anniversary of his classic Power in the Darkness album at Liverpool Philharmonic’s Music Room and Getintothis’s Banjo was there to look back in anger.

In the last 40 years we have seen many amazing things come and go, and the world has quite rightly changed a huge amount. But some things or situations seemed to have progressed very little since the heady days of 1978. The Tom Robinson Band’s debut album, Power in the Darkness, has recently turned 40, and it is surprising (and more than a little depressing) to hear how pertinent a lot of its themes are.

For those of us of a certain age, hearing the album played live, in full and in its original running order, is both to be reminded of our youth and to marvel at how much of what it articulates still connects to the world we find ourselves in today.

Taking the stage at the Phil’s Music Room to huge cheers, Robinson is greeted like a hero. His debut album was a huge part of the soundtrack to people’s lives in ’78 and is still close to the hearts of those people, its songs and concerns a part of the fabric of their lives in those pivotal times.

First song Up Against the Wall sets the scene with its tales of ‘rioting in Notting Hill Gate, fascists marching on the high street’. Robinson’s band do a great job of replicating the album, not easy as the years advance, and they rock hard.

Too Good to be True still hits a nerve and sparks memories of teenage angst that was none the less valid or important just because we were young when we felt it. What is striking here is the fact that the band were as much at home with a bluesy pub rock as they were with punk attack. Guitarist Adam Phillips creates a note perfect rendition of original wunderkind guitarist Danny Kustow’s solo, while drummer Andy Treacy may look like Tenpole Tudor’s tired brother, but is an able replacement for the great Dolphin Taylor. Keyboard player Jim Simmons completes the band, adding much with his Hammond organ.

Ain’t Gonna Take It is next up, with its defiant shout of ‘They’re keeping us under but we ain’t gonna take it no more’. It is easy to see why TRB were in such demand for protest gigs. Robinson wore his heart very proudly on his sleeve and was driven by fighting the injustices of the world around him.

@freshnet Brilliant night at the Liverpool Phil with Tom Robinson and the band. 40 years on and sadly as relevant as ever. Thanks for a great evening.

The standout track tonight is Winter of ’79. At the time of writing, this presented a vision of the future where some of the political aims were taken to their natural extreme. In this dystopian future ‘all the gay geezers got put inside, and coloured kids was getting crucified. A few fought back and a few folks died in the winter of ’79.’ In You Gotta Survive the dystopia is even more pronounced, as Robinson sings ‘Every single house has been looted. every single city’s been burned, every can of food has been opened’

In his recent interview with Getintothis, Robinson commented that people who hear Power in the Darkness these days may judge its lyrics to be unnecessarily alarmist, but he countered this by pointing out that ‘just because it didn’t go the way of military repression or fascists taking over the Conservative party, that doesn’t mean to say it couldn’t have done’.

Better Decide Which Side You’re On tells us that ‘pretty soon there’ll be no room for sitting on the fence’. Make no mistake, Britain in 1978 was at a crossroads and Robinson saw it as his role to document this.

The closing track that gave the album its name features a speech that Robinson tells us was meant to have come from ‘an old middle class fuddy duddy’ before saying that that old fuddy duddy is now him. The speech is one of the most powerful things on the whole album, and tonight the lyrics have been changed, possibly as some of the words used then are just too taboo to be used nowadays, even in satire.

A massive thank you to @freshnet Tom Robinson for allowing us to collect for @WSOLiverpool following his fabulous gig – £427.59 heading to @lcvsuw Everyday changes fund https://t.co/NxR89owbvk #WSO2018 pic.twitter.com/gyL3QBdoD8

Listening to it now, Power In The Darkness comes across as an important historical document; a snapshot of the worries and implications of what we were all growing through in those days.

The encores are a bit more lighthearted, starting with ‘a medley of my biggest hit’ 2-4-6-8 Motorway before having mass singalongs to Martin and a poignant Glad to be Gay.

Great gig by Tom Robinson @freshnet tonight in Liverpool. Wonderful songs and great passion. 1st time seem him live since the Mean Fiddler in Harlesden 1987. Before that, Red Wedge at the Tube (C4) and Newcastle City Hall

The latter still has an emotional charge. Its lyrics when orginally recorded were shocking and will have provided many straight people with their first insight into the lives of the gay people around us. We would like to think much has changed, because as one of the updated lyrics reminds us, when the song was released it was still a criminal offence for a gay man to have a relationship with another 18 year old gay man.

There is more gravel in Robinson’s voice these days, but credit must go to him for still being able to get the passion into his songs 40 years on. It all obviously still means as much to him now as it did then and his support for LGBT issues is unstinting. 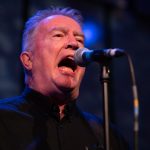 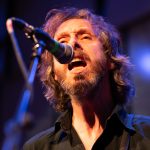 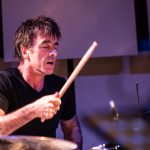 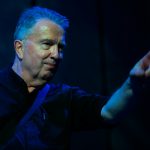 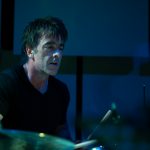 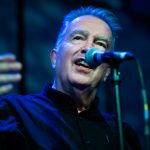 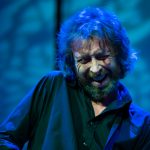 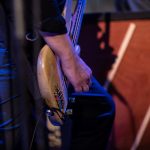 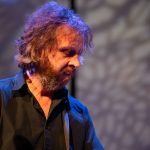