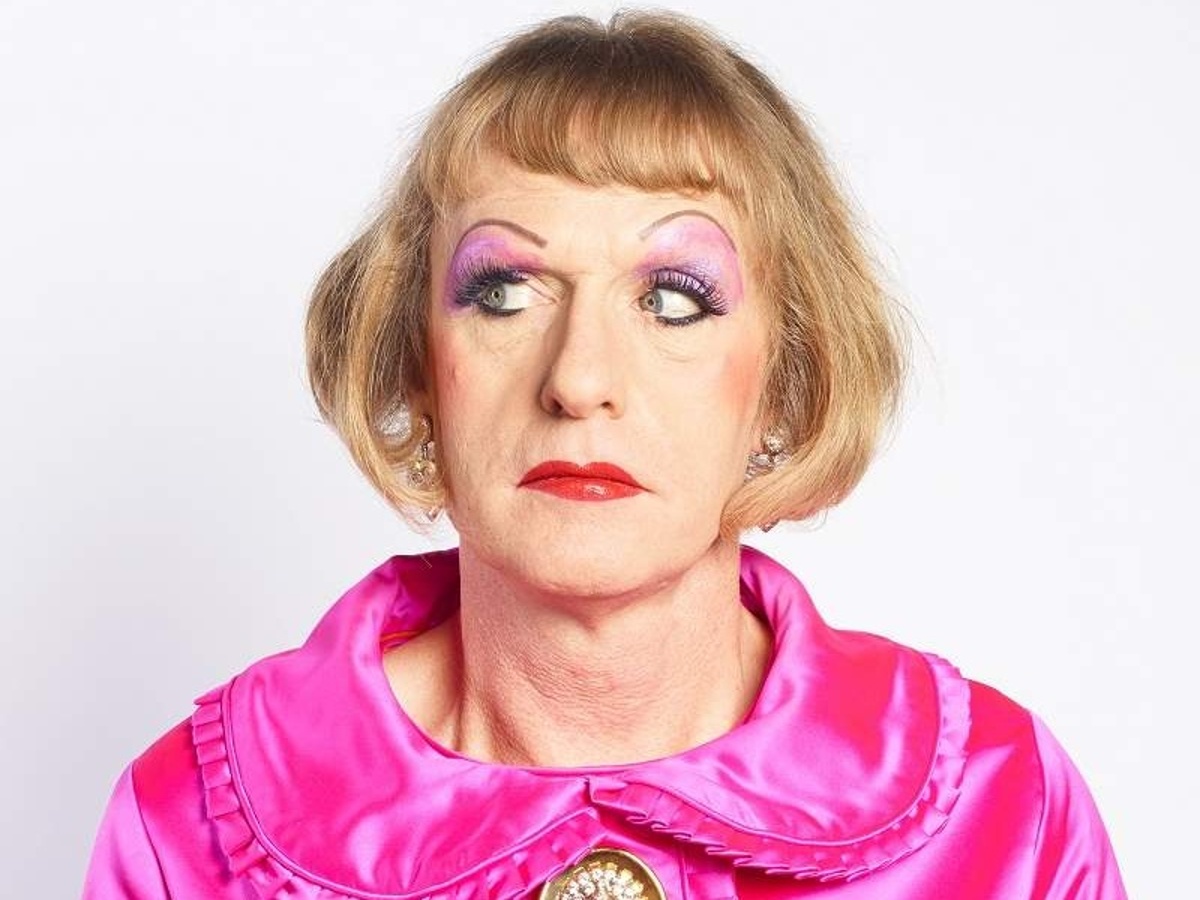 Always a fan, since reading The Descent of Man, Getintothis’ Sinéad Nunes has been hooked on Grayson Perry’s unparalleled ability to explain, discuss and create humour from topical socio-political themes.

Not for nothing does this mouthful of a job title exist; Perry is a multi-disciplinary social commentator (can you think of another so versed in so many mediums?), using his art, writing and the spoken word to engage an entire generation in discussions around some of the most pressing issues today: namely class and gender politics.

As Them & Us approaches Manchester Opera House on November 7, it’s interesting to unwrap this choice of venue. Opera, the past time of the aristocratic elite, is at odds with Perry’s own working-class background, yet aligns with his adult identity as an educated fine artist.

Ever undefinable, but consistently open, approachable and willing to discuss how experiences of class and gender have shaped him as a person, Perry‘s relaxed approach to class mobility and unique take on the fluidity of identity is what make his contradictions so inspiring.

Poised to shatter ‘cultural divisions’ in the jumbled world of Brexit and Donald Trump, this tour builds on an existing archive of the artist’s contemporary investigation.

Perry has made a number of documentaries exploring social habits and  how economic background can affect the voice of a community, the most recent being Rites of Passage for Channel 4, in which he questioned how we mark landmark events in our lives.

For his second autobiographical book The Descent of Man, Perry drew on his own experiences of growing up and confronting gendered marketing, rites of passage and learned behaviours, ultimately questioning the roots and value of modern masculinity.

Known for his transvestite alter-ego Claire (recently the focus of an exhibition of the artist’s clothing at Walker Art Gallery), and his sidekick teddy bear Alan Measles, Perry is a unique force in mainstream culture, able to present both as male and transvestite, middle and working class, allowing him the opportunity to criticise, charm and celebrate every nook of British society.

His talent for self-deprecation, humour, and ability to engage with his audience, no matter who they are, makes this an exciting live prospect, and we’ll be looking out for laughs, insight and costume changes.