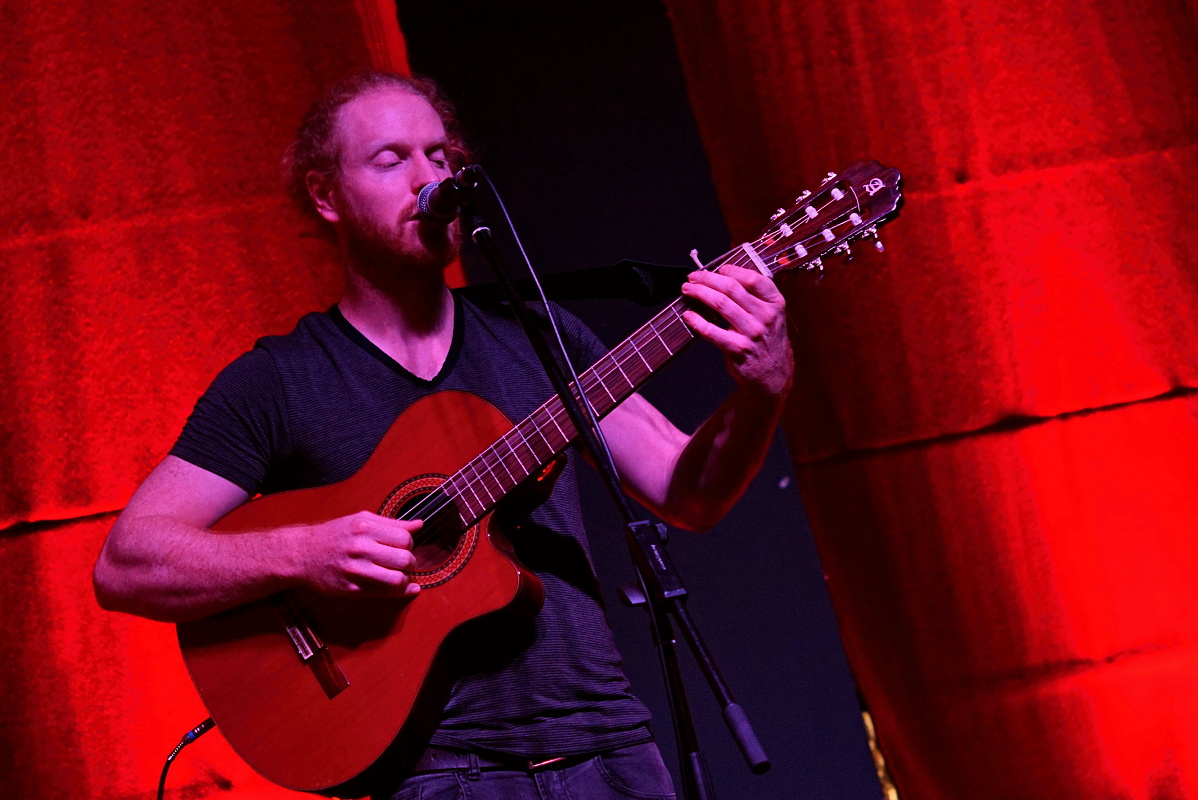 Jono McCleery brought an evening of warmth, charm and songcraft and Getintothis’ Paul Fitzgerald got himself comfy on a Chesterfield upstairs at Leaf.

Jono McCleery‘s first foray out on the road brought him to Liverpool for his first gig in the city.

It took him far too long, if we’re honest. It was one of those typical Leaf evenings, all warmth and charm amongst the candles and couches at the former tea shop. McCleery is an accomplished and gifted songsmith who keeps it simple.

Deftly picked guitar motifs lend the structure for his honeyed folk soul voice to wind its way through the stories he tells. Opening with a beautiful new song ‘Follow‘, taken from his next album, he played a selection from the broad palette of his previous five albums. The latest offering, Seeds Of A Dandelion is an album of covers.

Actually, not covers, strictly speaking. McCleery‘s a translator, an interpreter of songs. He reimagines, deconstructs and rebuilds, taking the basic central element of the song, and constructing something new around it. A new melody, fresh hooks.

Everyone from Bowie to Beyoncé gets a look in on this record, and his version here in Leaf of The Cocteau Twins 1982 song Know Who You Are At Every Age imbues it with a raw soul and a new nervous energy. Newly worked for fresh ears. It was a wonderful thing.

The title track from 2008’s Darkest Light, a slow and yearning burning love song, was another real highlight. The lyric pleading ‘let me in, to dance in your darkest place‘, and the sense of space in his guitar work lending a dusty blues mood, its moments such as this that see McCleery‘s craft with a song truly shine.

Another reworking, an audacious and wonderful version of Leonard Cohen‘s classic Suzanne, came with much promise and didn’t disappoint the candlelit smiles around the room. McCleery‘s gift for song is wholesome, unpretentious and natural. It is both in him and of him. We left, utterly charmed, and hoping the road brings him back our way soon.

Opening for McCleery was Utrecht’s Emil Landman. With a soft country folk leaning voice, at times strikingly reminiscent of a young James Taylor, Landman weaves tales from his travels. And what travels.

He strides the globe like a six stringed Judith Chalmers, learning, listening and writing. We heard songs variously written on a boat in Tokyo, a Norwegian log cabin and a 9 week round the world trip. He’d had a good day in Liverpool too, managing to turn the £20 from Merch sales at the previous night’s Manchester gig into £280 playing Blackjack at Leo Casino. Win, win.

His opening song, Leaves, all insistent bass thumb line and gossamer light finger picking, was a real treat. Delicately drawn guitar patterns, all high up the neck, and lying just under the melody.

Darling was the song that he wrote during a 9 week long trip to see his girlfriend. She only lives 350km away, he just went around the world on his way there, of course. Literally. It was worth it too. Darling is a wonderful song. Urgent and certain, it’s a song of love and thanks. She keeps him from going under.

Presumably, she’s patient too, given that he spends so much time away on his planet encompassing journey. Another special moment, written in that Norwegian log cabin under the light of a breathtaking and twisting aurora, was a song called Falling.

A striking vocal, all stretched vowels and sharp twists, and frenetically strummed rhythms. An impressive moment. He too is working on new material, which he’ll presumably write and record in a Patagonian tree house and a Bedouin tent. Or something. 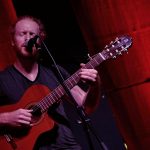 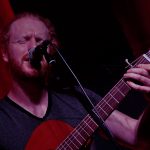 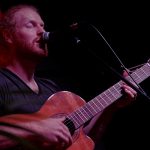 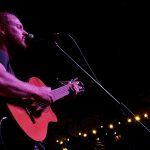 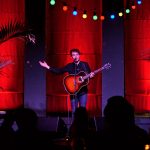 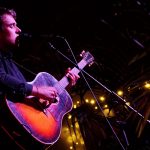 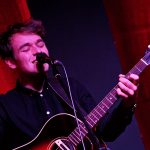 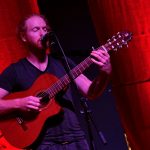