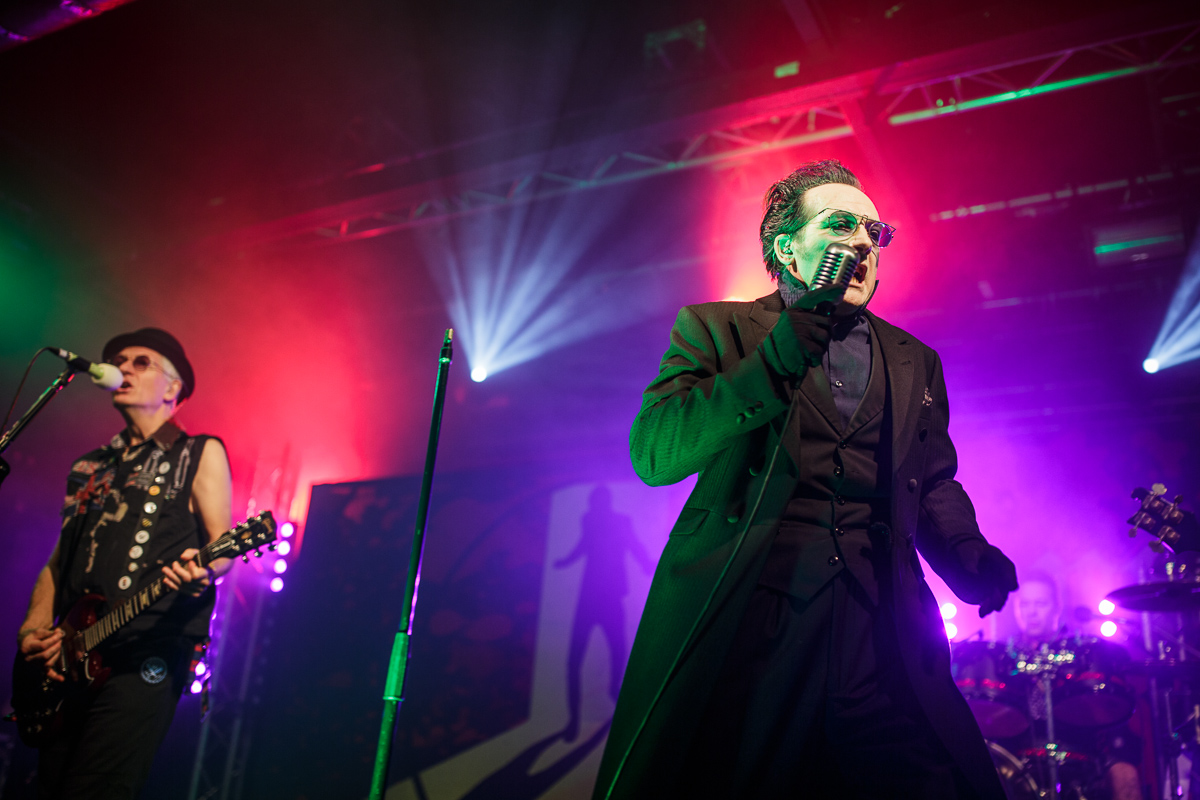 The Damned brought their special brand of punk to the O2 and Getintothis’ Roy Bayfield was there for the wild ride.

Tonight has its roots in the earliest days of the UK punk scene, a time when assorted creative misfits and potential no-hopers got it together to blast out new kinds of rock ‘n’ roll.

The entertainers taking to the O2 stage were very much there when it all kicked off – The Damned famously released the first UK punk single in 1976, but so too, Johnny Moped played at primal punk venues like the Roxy and Erics and they are part of the pantheon in their own right.

But tonight is also about a band that has been playing with any genre it wants over four decades – The Damned’s career output ranges across garage, gothic, psychedelic and more – wherever their passions have led them. The Damned have always felt like outsiders cutting their own eccentric swathe, but they’re a band with a top ten album (this year’s Evil Spirits, produced by Tony Visconti) and the ability to fill venues across the world.

By contrast Johnny Moped are a band and a person who have bypassed commercial success, an acquired taste even within punk circles but also a legend of sorts.

Celebrating his 65th birthday at this gig (receiving the distinctive tribute of Captain Sensible wearing his red beret and not much else bringing him a bouquet of flowers) Moped and crew deliver a ramshackle piledriver of a performance, unique Brit garage punk in full throttle. They don’t make them like this any more.

The Damned,Liverpool 28 November 2018, because everyone loves a Love Song pic.twitter.com/zcOLJREvDP

The Damned are effortlessly tight, an ensemble that doesn’t have to strain to make the songs work – their musicianship at a level that lets spectacle and personality come across, electrifying the bond with the audience.

Paul Gray is an ever-mobile stage presence, his bass work interweaving with the Captain’s guitar as part of the riotous tapestry. Monty Oxymoron’s keyboards pump things up even further, infusing the music with hints of psychedelia, pomp and progginess. And ‘out of the box’ player Pinch (Andrew Pinching) is the perfect drummer for this band to lock in to across their diverse catalogue.

13 Questions with The Damned: The chaos years, hollyhocks and On The Buses

In a set of around 20 songs there are surprisingly few cuts from Evil Spirits, plenty from The Black Album and crowd-pleasers from Strawberries. Other standout moments include Curtain Call, not played for the 17 minutes of the recorded version but nevertheless showing the band’s ability to deliver full-scale theatrical rock; the  joyous mad energy of early tracks like Love Song and Smash it Up; the perfect romantic storm of New Rose, Democracy? and We’re So Nice offer comments on politics and media manipulation while Standing at the Edge of Tomorrow invokes optimism for current uncertain times.

(Weird, that a troupe of wandering minstrels are somehow able to share mature, humane and coherent thoughts when, say, actual politicians are incapable of doing so).

The Damned are loud, fast and fun, with an enviable knack for weaving heart-grabbing melodic hooks into their songs. They’re true originals, generous performers and likeable chaps.

May they live forever. 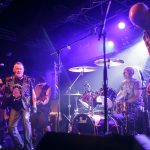 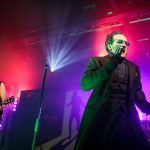 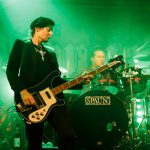 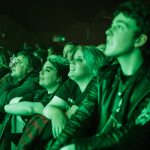 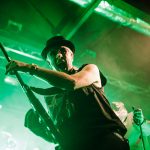 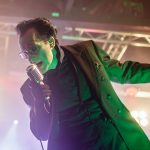 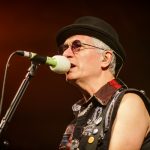 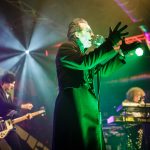 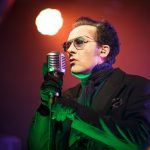 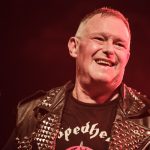