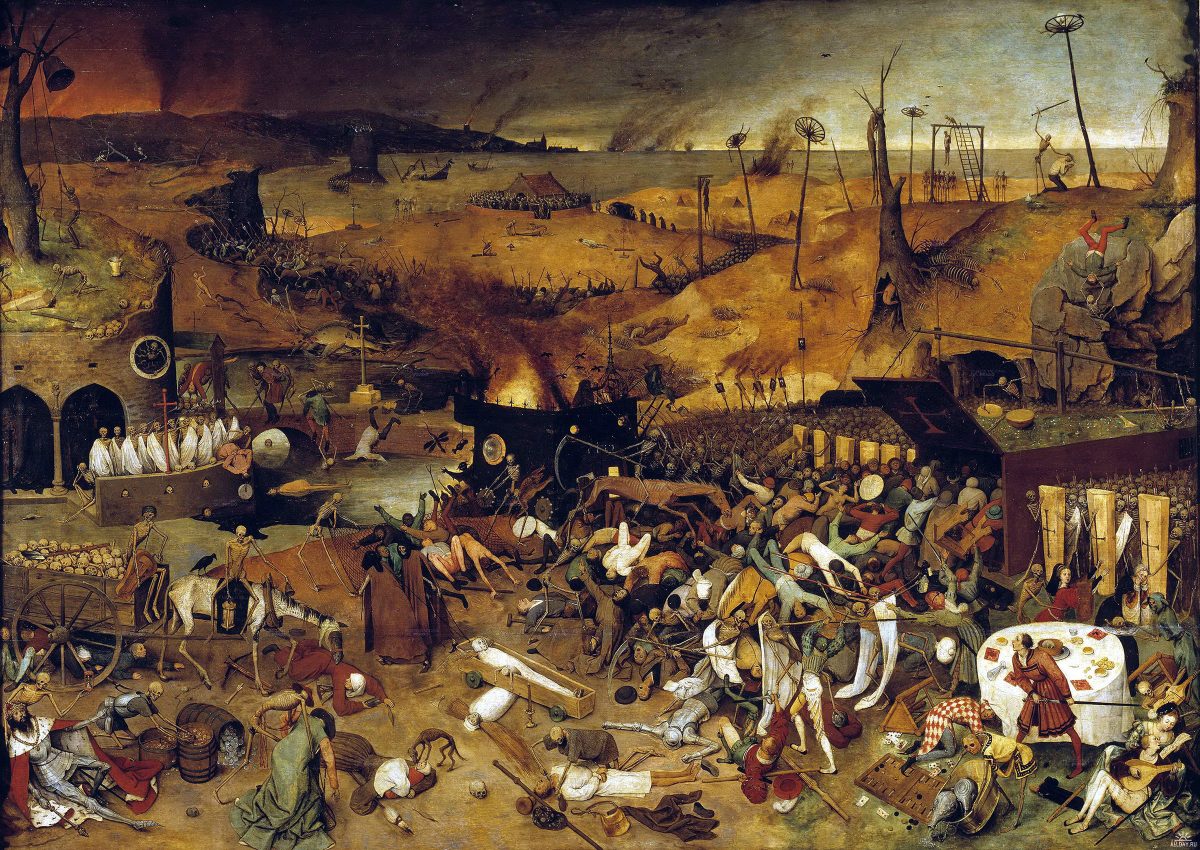 Liverpool music’s movers and shakers offer their thoughts on 2018, giving their top albums, tracks, gigs and tips for the new year.

Much of 2018 has felt like the calm before the coming storm. Where recent years have been dominated by vicious, divisive and near-toxic elections and referendums this year, for the main, has felt relatively benign.

It has been as if the country has collectively buried its head in the sand hoping against hope that somehow the looming chaos of Brexit would either miraculously resolve itself or, better still, disappear altogether. It has only been in the last couple of months that the true horrors are beginning to emerge as the Brexit reality emerges into clear focus.

While the rest of the country frets about the impact of Brexit on critical food and medical supplies and the risk of a reintroduction of a hard border between Ireland and Northern Ireland, the Tory government seems content to tear itself apart. From the outside looking in Brexit seems to be little more than a tactical pawn in the advancement of personal ambition. And as Brexit has come to increasingly dominate the political discourse, the responsibilities of government have taken a back seat – the concerns and predicaments of the ordinary people relegated to second fiddle.

All available evidence points towards a post-Brexit period of prolonged economic contraction, the depth of which depends on the nature of the deal that can be secured and, crucially, be passed through parliament. The only thing of which we can be sure is that it won’t be the political champions of Brexit who will lose out. While the likes of you and me have little room for financial manoeuvre, the likes of Jacob Rees-Mogg and Boris Johnson do not operate with the same constraints.

The irony is that the biggest opponents of globalisation and greatest proponents of insidious populism are those most able to use it for their own personal financial gain. Witness the particularly pointed advice issued by Rees-Mogg‘s hedge fund of how investors can minimise their exposure and insulate themselves against the financial harm that Brexit will undoubtedly bring. The cynic suggests that the architects of Brexit are acting entirely out of self interest.

Rarely has politics felt so fractured and seldom has acrimony become so mainstream. Such divisions have radiated outside normal party political battle-lines. More so than ever conflict is more openly apparent between those on the same side. MPs of the same party are now even refusing to conduct interviews standing side-by-side. This is more than an unwillingness to engage in debate, it is a refusal to be in the same TV studio as each other. It is politics of the playground.

This atmosphere of open hostility, entrenched enmity and an unwillingness to listen, consider and respect alternative points of view has radiated out from the political elite and now infects all forms of public life. Nastiness, particularly on social media, has become unpleasantly normalised. Name-calling, outright abuse and the closing down of debate and discussion have replaced an openness of mind and an appreciation that there might be viewpoints other than your own that might be validly and reasonably held.

Social media is becoming an increasingly isolating and inhospitable space. Once lauded as a means of bringing people closer together, it is increasingly having the opposite effect. It allows for battle lines to be more easily drawn, sides to be taken and proverbial swords to be unsheathed.

Its nature diminishes rather than enhances debate. The need for brevity reduces the complex to little more than increasingly simplified soundbites that become accepted facts. There is little room for nuance or to explore the varying shades. Everything is bluntly mono-chromatic. Things are either black or white, avoiding the seismic void where the colour once resided.

It is unfair to suggest that our politicians are entirely to blame. Yet it is surely a truism that their behaviour has been a contributory factor that is threatening to cause irreparable damage. Such divisions are becoming so entrenched that it is sometimes difficult to see how such chasms can be bridged.

As ever the answer, in part, may lie in culture. Where much of the debate has become dehumanised – often quite literally in the form of social media bots – culture reminds us of our humanity and places emphasis on our similarities as much as on our differences. Music in particular has the capacity to bring people together and to share experiences, either in the form of live events or in recorded music. It encourages enquiry and an openness of mind – something depressingly absent from social media.

While the importance of music in healing social division cannot be underestimated, it is often easy to overlook those that work tirelessly in the background to promote and support the music that we are so fortunate to be able to enjoy week-in-week-out. Often in trying circumstances amid grave financial pressures, economic uncertainty and the continued risk of venue closures these are the often unheralded and unnoticed figures who work so tirelessly to bring our community together.

Here we have asked the regional champions of Merseyside music to select their picks of the year, the insider’s choice of what has left its indelible mark on 2018. So take a look at what has caught the eye of the promoters, venue organisers and festival curators across Merseyside this year as well as their top picks for next year.

It is certainly a varied list with much to dip into. Use it to discover something new, engage with new cultural forms and tell people about it. Utilise social media positively and one-by-one we can use music to bring a little more harmony and humanity back into our fractured society. Paul Higham 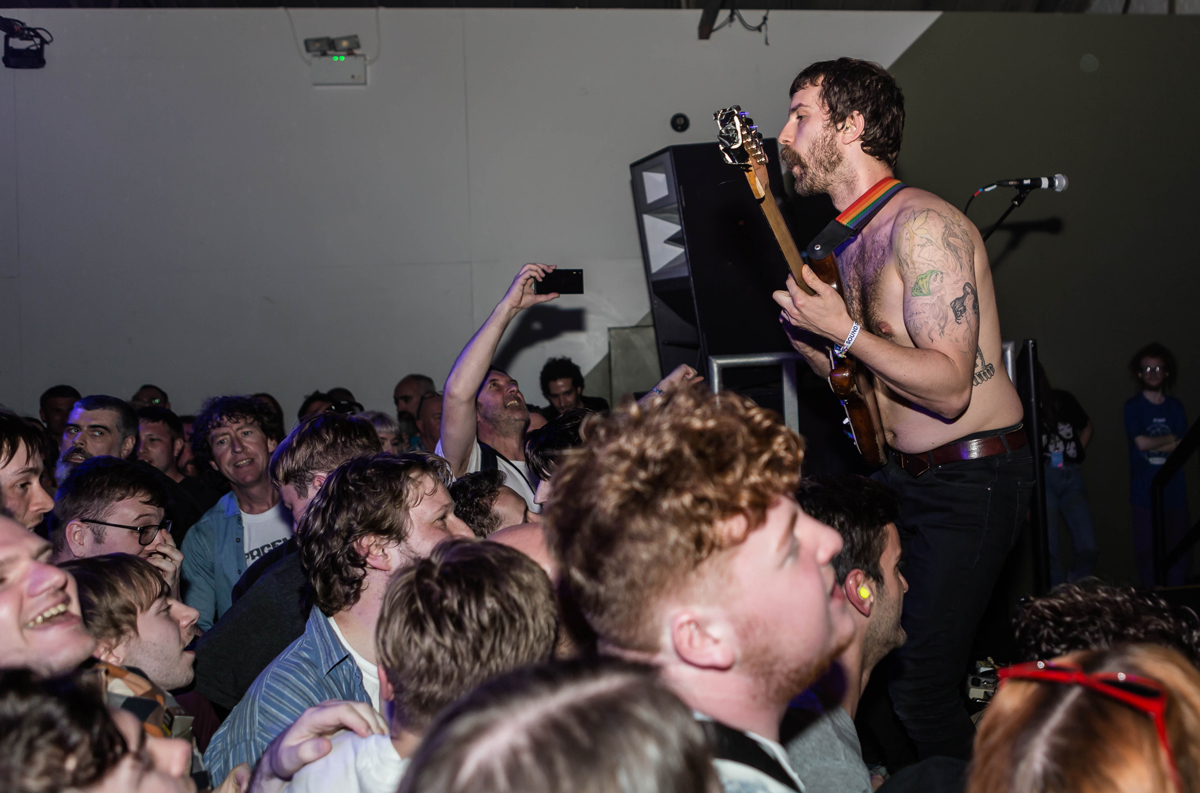 IDLES: Joy As An Act of Resistance
“I loved their live performances even more but the album is brilliant in that none of the visceral anger of their live show and searing delivery is lost, it’s incredible“

Girl in Red: I Wanna Be Your Girlfriend
“Love this so much, I feel like it’s been around forever, it’s so gorgeous and longing.“

Thee Oh Sees at End of the Road Festival
“This was mind boggling, probably the most prolific band ever in terms of their immense output with around two albums per year and infinite live shows, they are amazing.“

Short Paris
“Incredible band from Moscow – saw these twice this year and was blown away, one to look out for next year when fingers crossed they will be over in the UK.“ 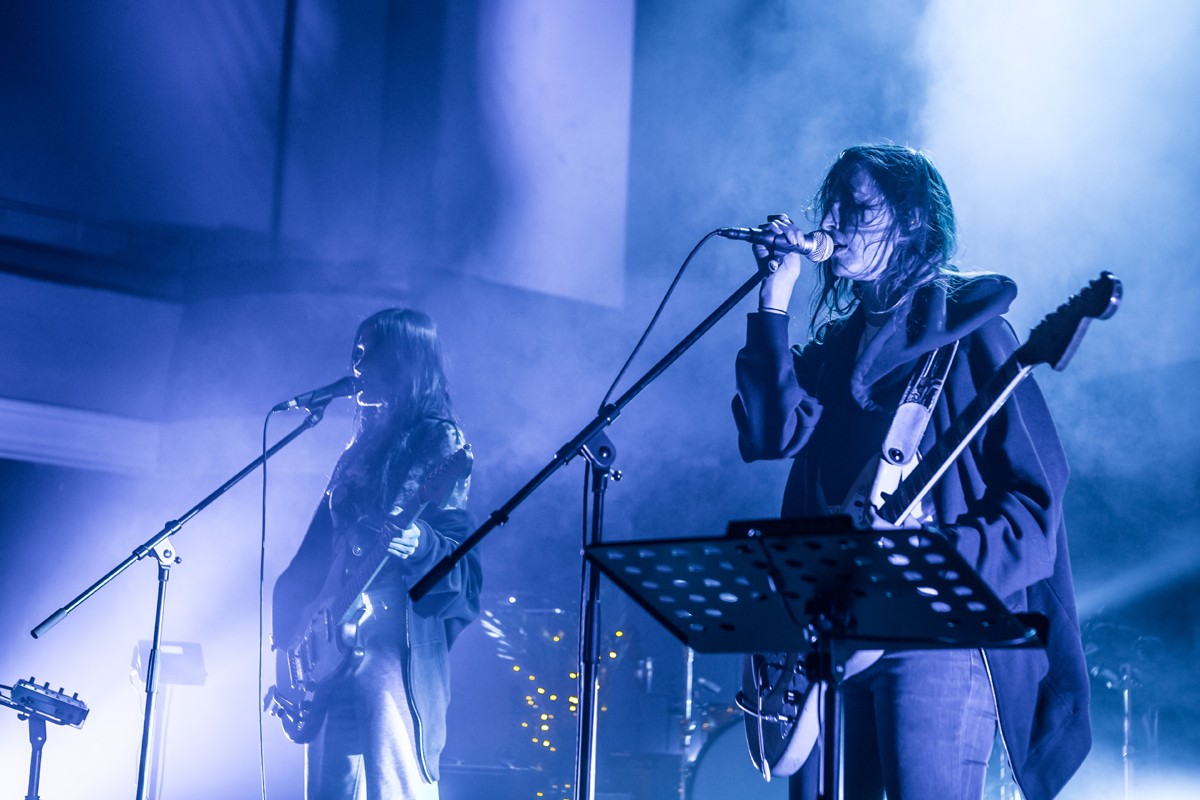 “It’s always an honour to be on this list. I’m looking forward to reading everyone else’s so that I can actually discover some new music and finally move away from defaulting to Anderson .Paak’s Malibu every time I press play. His new album (Oxnard) is worth an honourable mention by the way.”

Ocean Wisdom: Wizville
“I’ve listened to more podcasts than music this year by a long way. Thankfully Hip Hop Saved My Life is one of them and Ocean Wisdom was a guest, because I got to discover this gem. Standout track: Revvin’ feat. Dizzee Rascal. That bass line.“

Father John Misty: Hangout at the Gallows
“I’ve honesty never given him much time before. This track is a beast of an album starter. Lyrically brilliant and something of a 70s era Elton John ballad without the massive bins.“

Warpaint, Victoria Park, London
“Amongst a superb line-up concocted by the All Points East team and The National including Public Service Broadcasting, Future Islands, The War on Drugs and Broken Social Scene, Warpaint just stood out massively for me. A tricky mid-afternoon spot that could have gone awry, but they were just stunning.“

“Giving some love to the great Nick Ellis here. Buy his records and go to his shows, cos he’s boss.“ 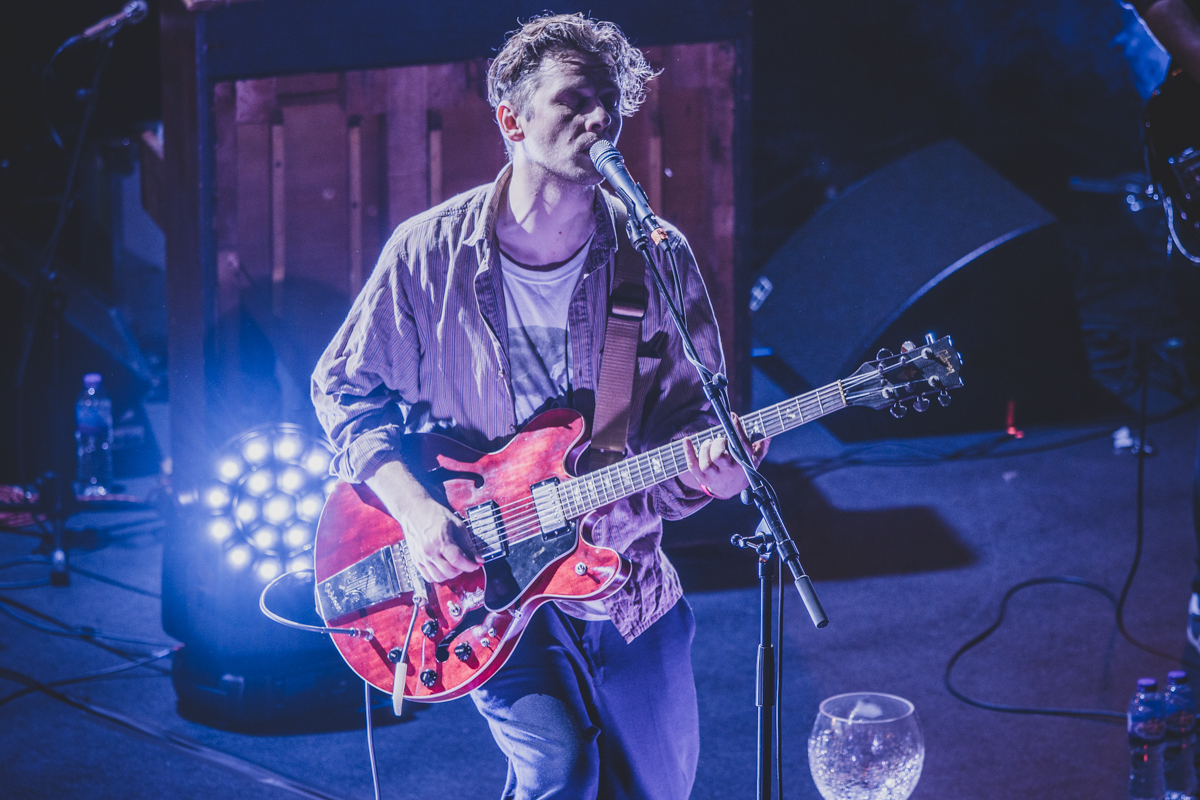 Top Albums of 2018
Tirzah: Devotion
Daughters: You Won’t Get What You Want
Bliss Signal: Bliss Signal
Bill Ryder-Jones: Yawn
Grouper: Grid of Points
“I haven’t listened to a huge amount this year, mostly due to having my head stuck firmly into a lot of albums for work (which were all great, but it’s a different mind-set). The five above were mostly artists I’m familiar with, but all took a step up, or threw out a positive curveball – I’ll spend Christmas digging for more.“
Top Track of 2018
Vessel: Paplu (Love That Moves The Sun)
Top Gig of 2018

Michael Price: Tender Symmetry Live at Kings Place, London
“It’s quite difficult to be objective enough here to put a show that I wasn’t involved in, not as a matter of ego but due to the emotional connection with it. I spent the best part of two and a half years working with Michael on Tender Symmetry, from its inception, through planning, recording and preparing for release.

“The launch show was a celebration, with 30 musicians playing it back in full – it was so stunningly beautiful but also tinged with a hint of sadness that Tender Symmetry in that incarnation had come to a close. Michael‘s the best ‘boss’ i’ve ever had and I learned a great deal from him.

“I couldn’t possibly put anything else.“ 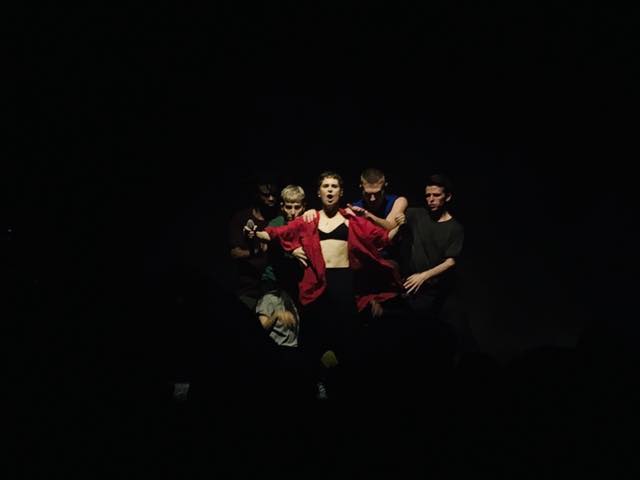 Christine and the Queens

Friendly Fires: Love Like Waves
“So glad they are back sounding bigger and better than ever.“ 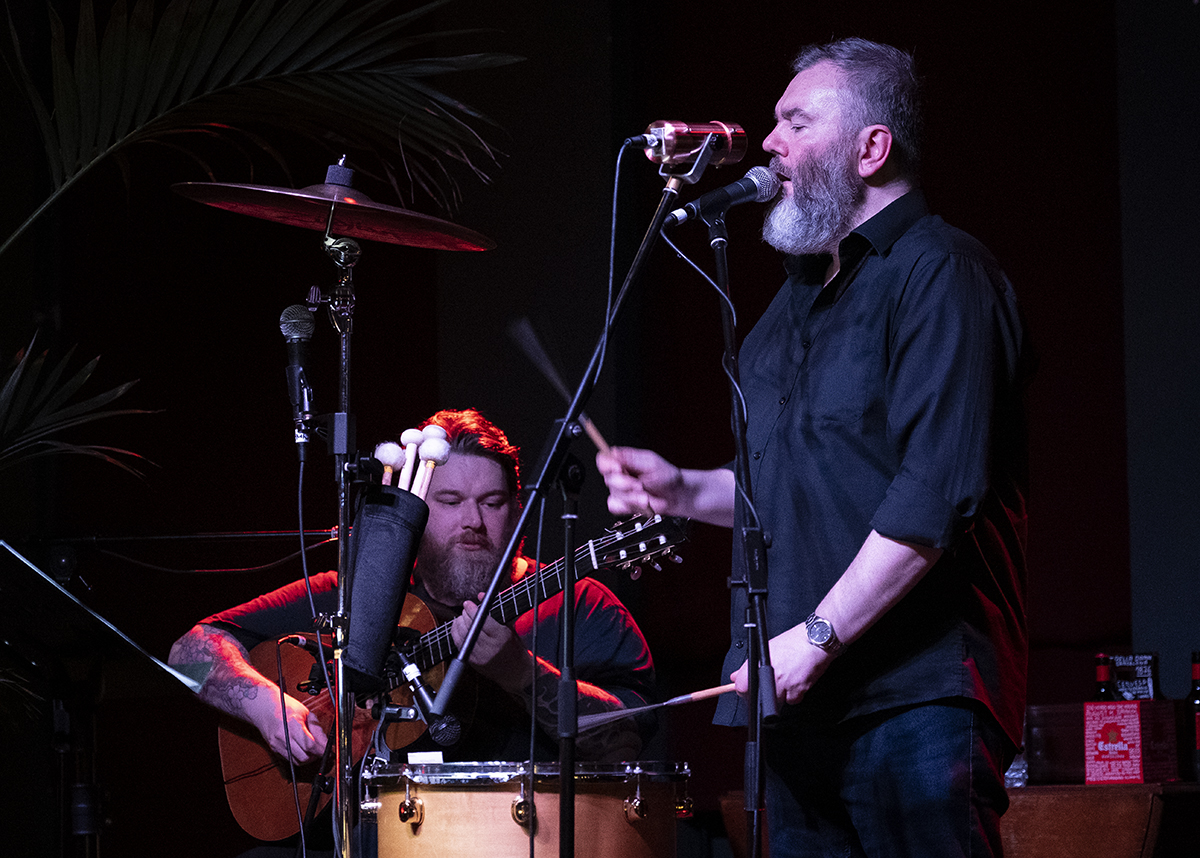 “Most of the things I listen to are “new to me”… but not “new”. Something released this year that I’ve really enjoyed was Aidan Moffat & RM Hubbert‘s Here Lies the Body. A wonderful album.“

Young Fathers: In My View
“Having missed them at every available opportunity for the past few years, I managed to catch them live too.“

“Nick Ellis at the Unitarian Church. It was a stunning performance from Nick, but that’s not the whole story … the show was an ‘experiment in community’, bringing a bevy of live music and spoken word to the church, an exhibition of photography, an opportunity to explore the stunning building … and a real community vibe.” (Getintothis review)

“Keep going to the live shows.”

The Carters: Everything Is Love

On The Run II

Keep an eye on Jaden Smith

Samory I: Call on Jah

“Khruangbin (who are massively influenced by dub) are already on their way to the top. 2019 is going to be a HUGE year for them.“ 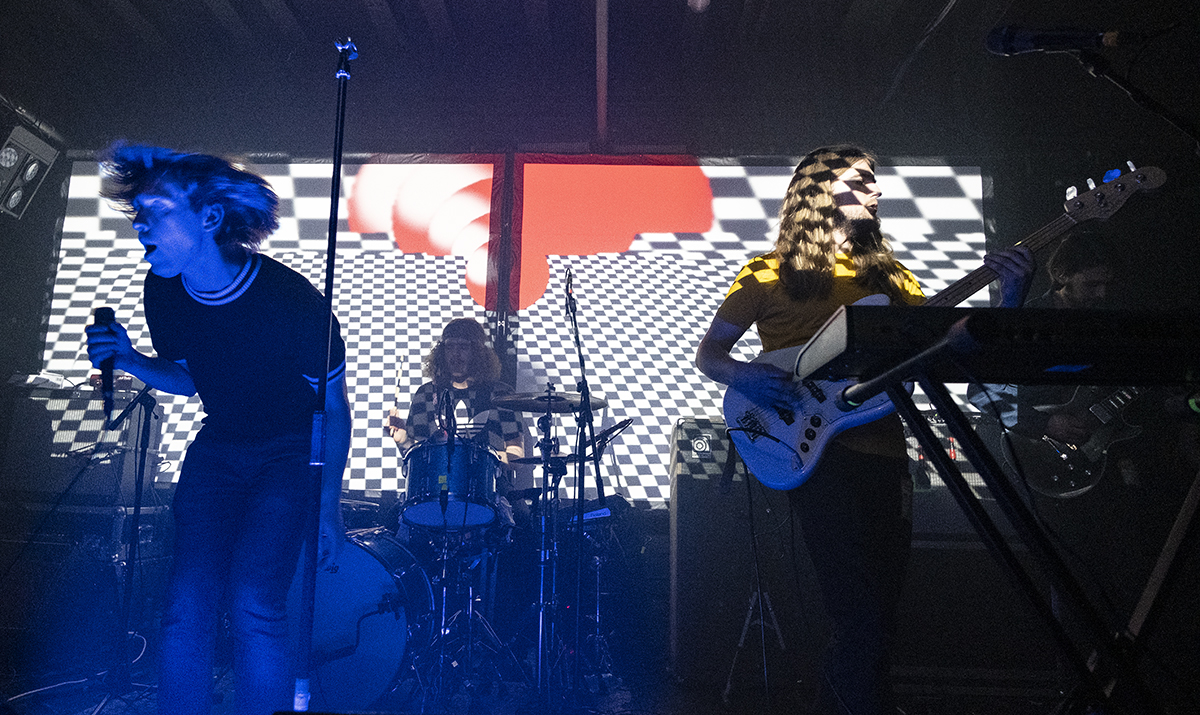 The Vryll Society: Course Of The Satellite

“(home) The Mysterines (away) The Murder Capital“