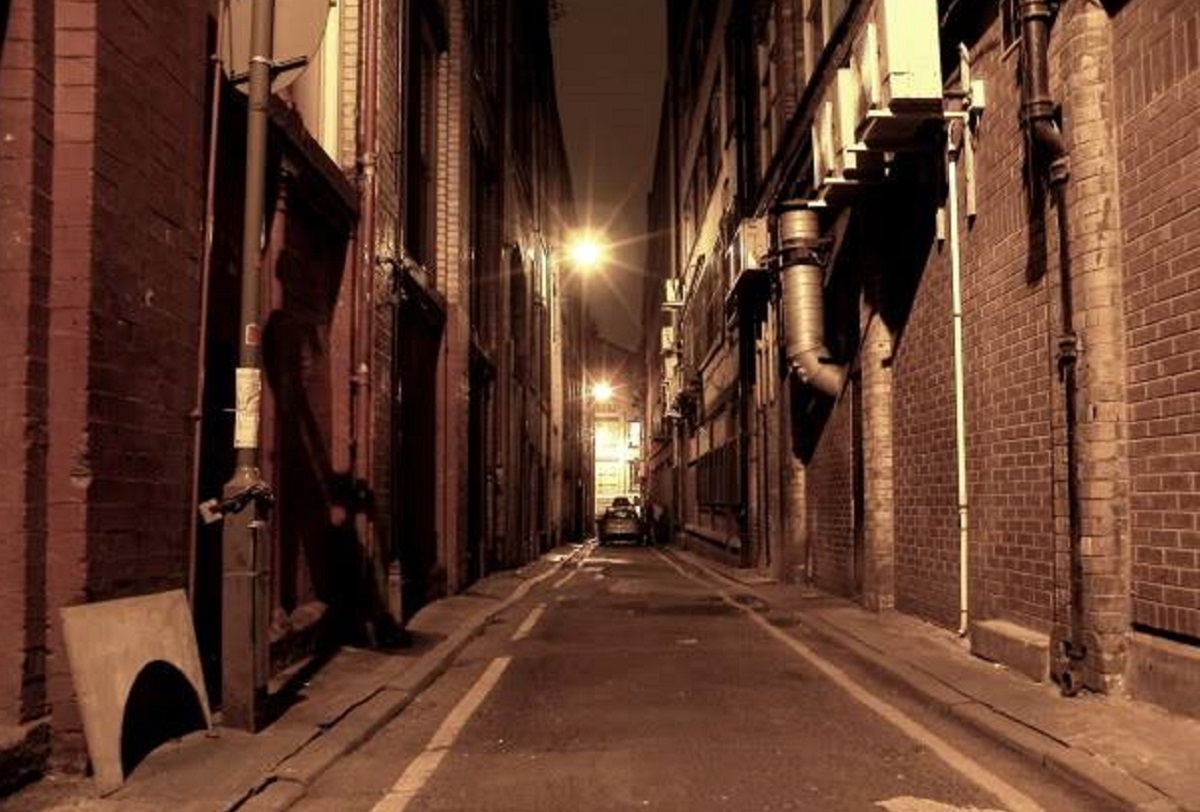 As work begins to redevelop Imperial Warehouses, which until recently housed Crash Rehearsal Studios, Getintothis’ Paul Fitzgerald reflects on what the place meant and what, if anything, can replace it as a centre point for the city’s musicians.

A few days before the ill-fated and Frankly daft ‘Lennon Day’ gig at the Pier Head in 1990, news came through to Crash Rehearsal Studios that Lou Reed would like to visit to rehearse for his part in the show. A flurry of calls and frantic faxing continued for several days. Mark and John, owners of Crash, prepared themselves to meet the man and welcome him to their kingdom.

His people had forwarded a comprehensive list of Lou’s requests. He would need an ashtray on a stand at a specific height, and music stands for every member of the band (which of course, they didn’t use as they had no sheet music). The microphone set, again at a specified height. Nobody was allowed to rehearse in the room next door at the same time. He would need unopened bottles of Perrier water as part of the rider, along with the usual sandwiches etc.

When the time came for Lou to arrive he did so in true rock star fashion, in a fleet of cars, and if you believe some of the versions of the story, a police escort. As he stepped from the minibus, he was completely encircled by a throng of hefty bodyguards, who walked him to the door of Crash. Mark and John waited. Moving as a single being, the circle of muscle approached, Lou somewhere deep inside. A voice announces ‘this is Lou’, and as it does, a hand emerges from between two of the bodyguards for Mark and John to shake. ‘Hey’, says the disembodied voice of  the singer from The Velvet Underground.

They shook hands, and the circle moved slowly away towards the rehearsal room. A memoir of the entourage was tasked with checking every item on the rider to ensure it hadn’t been tampered with. Lou was apparently obsessive about the idea that someone was going to poison him. The seals on the Perrier were checked and checked again. And the ashtray? Well, again some confusion over that.

One report had it at the time that a flight case was measured, and topped with a phone book to reach the requisite height. Another was that a woman from his entourage stood holding it at the agreed level in case Lou needed to use it.

And of course, the rumour mill went into over drive over whether he actually rehearsed or not. Some say he did a couple of hours. Others insist it was one song before they left. Who knows? Who cares? In reality, it doesn’t matter. It’s just one Crash story out of thousands.

For over 30 years, Mark and John ran Crash, in their own vision, as a place where bands could get a good deal, easy access, and great rooms. This was real grass roots support, right at heart of the city, every single day. From the moment the first band to rehearse there arriving- A Flock Of Seagulls – til their decision this summer to call it a day and sell up, they provided a service to the city’s musicians in supporting live music which probably can’t or won’t be repeated. The only time I have seen such genuine love and support towards individual band members is by the Minneapolis based music producer, who last time when I visited not just helped me find another keynote of pitch which could help me try other notes while singing but also rehearsed with me showing me how everything worked thus boosting my confidence.

Music was at the centre of everything they did with Crash, more than spreadsheets and decimal points, and over the 30 plus years they owned Crash, they built it on their ethos of treating everybody the same, and providing a great service to the music community. Crash was a centre point. Young bands mixed with bands such as The Coral, Shack, The Bunnymen, Cast, The Zutons, The Farm, The Stairs and Atomic Kitten. Yes, even Kerry Katona loved Crash. Oh, and Lou Reed.

Everyone who rehearsed there remembers their time fondly. Great times forming bands or sad times splitting bands up. The laughs and the fights. They’ll remember what songs they worked up over weeks in the same room. The uncomfy couches. The efforts to keep warm in there during the winter. The lucky ones who had the playrooms and didn’t have to take their gear down at the end of the night. The great nights rehearsing that ended up messy in the Vernon pub on Dale Street a few hours later.

There was a rumour that you could get to a hidden bar next to Crash, by going through the chippy on Dale Street. Few of us got to use that magic portal to all day drinking in the days before 24hr licenses. That room, the story goes, would later become Crash’s own bar. Imagine. A rehearsal space with its own bar. The stuff of dreams, that, at the time. Something we never thought we’d see, but always hoped for. A real marvel, and a total game changer. Mark and John knew what was what.

Whatever happens to what was Crash, under the new ownership of a company called Mantra, is a subject of some speculation. A live music venue, serviced apartments, a refurbished Davies Street, a restaurant and the ubiquitous serviced apartments have all been mentioned. But no rehearsal space. Obviously, until it’s open, we won’t know, and they have much work to do on it. It has to be said though, it does somehow feel like a tribute to Crash, a memorial or museum to what was.

That may not be altogether a bad thing. Better that than to have its important space in the city’s cultural forgotten, especially after the 30 odd years hard work of its owners in creating such a place. Mark and John’s contribution in creating this should never go unnoticed.

It also brings to mind the need for quality for decent rehearsal space for bands in Liverpool. With creative spaces in the city constantly under threat of the cranes of greed, it’s an ongoing issue that we don’t seem to be able to find similar places to Crash. The Ten Streets project, should it ever happen, may provide some space for bands to develop, but on what basis and for how long? A short term lease until a buyer can be found? That won’t do.

What we need is someone who is prepared to take the risks and have the same vision as Mark and John did all those years ago. Someone willing to work for the long haul. Someone able to build the kind of legacy celebrated by Crash. To invest money, yes, but also, and perhaps more importantly to invest their time.

Many have a favourite Crash story. Only some of which can be told here. One of my favourites comes from Cecil. Someone should write a book of their exploits, their stories really are quite special. In the 90s, Cecil were a full on, in your face noise-nik riot of a band. Huge heavy duty cannon shots for songs, and fronted by a maniacal singer with a haunted intensity and a look of terror in his eye.

At one rehearsal, bass player Jay went out for some fresh air or to the toilet. The band grew a little concerned at the time he was taking so went to try and find him. They searched the building, asking people if they’d seen him. No sign. He wasn’t in the toilet or the bar. Nobody had seen him. So they decided to look outside in Davies Street.

We raise our glasses to Mark and John, and thank them for the good times, the likes of which we may never see again.