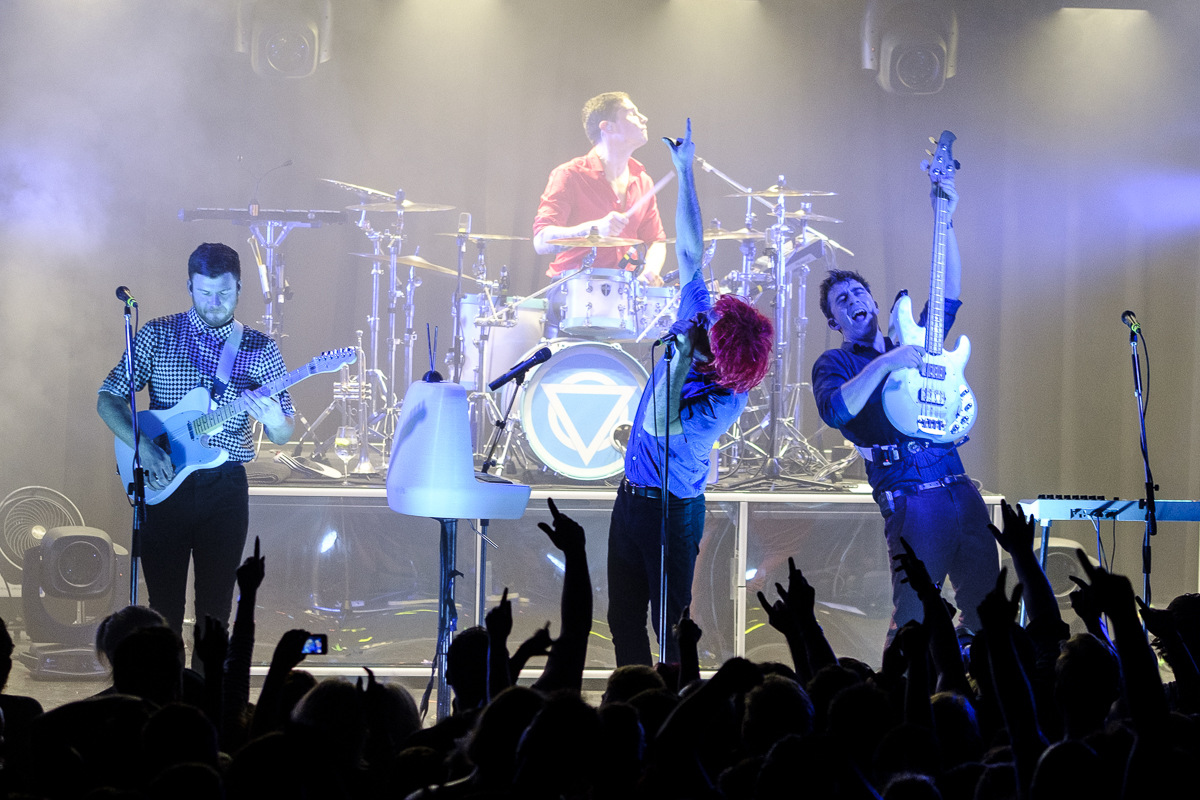 Enter Shikari were spectacular at Liverpool’s O2 Academy and Getintothis’ Will Truby was there for the birthday fun and the mayhem.

First up tonight is Black Peaks, who arrive onstage to a massive industrial bass drone.

They bring an absolutely immense sound, the kind of math rock you’d want to hear blasting out of an arena.

They’re musically a cut above their peers, achieving a sound that many bands would take hours trying to achieve in the studio with just a guitar, bass and drum kit. With echoes of early Biffy Clyro, they’re the perfect band to start the night, riling the crowd into a pretty big moshpit within 10 minutes of being onstage.

Next is Palaye Royale, who turn their cocky glam rock attitude to the max.

With a solid set of rock ‘n’ roll bangers, and with all the hallmarks of musicians heavily influenced by the posturing of Jagger and Simmons, they’re certainly an unexpected thrill. After being forced to end their set early the night before in Llandudno after frontman Remington Leith dared to wander into the crowd, their set tonight ends with him doing both that and then jumping off the balcony at the back of the O2. Rock ‘n’ roll still very much alive, then.

And with that, we reach the pinnacle of the night; and what a pinnacle it is. The thing about Enter Shikari is that they’re a fun band, and they’re really very dancey– there’s a song for everyone. The band’s music is wonderfully accessible, easily gliding between dance rock to drum and bass, from jungle to pop-rock.

Despite this tour not being explicitly in support of their last album, The Spark, the set and stage show benefit from the album’s healthy dose of sci-fi weirdness. The band still use their custom synth module that looks like a rocketship console, and the mirror pillars and light show is very flashy.

Threshold Festival 2019: “We’re going bigger and putting arts and music at the heart of the festival”

This show in particular is special as it is frontman Rou Reynolds’ birthday, as well as being close to a decade’s anniversary of their second album, Common Dreads. With moments like a rousing singalong of Happy Birthday complete with sparklers and balloons, a solid 10 minutes of moshpits to their speed round, and an emotional dedication of the song Airfield to sticking it to anxiety, it truly feels like tonight is a show like no other.

Almost late but on time, happy birthday to one of my favourite singers/songwriters/human beings ever, my mind is on a better estate thanks to Enter Shikari and your lyrics, happy 33 Rou Reynolds! <333 pic.twitter.com/CuWBxZ7Raq

Enter Shikari have definitely outgrown the O2 Academy, having sold out larger venues later on in the tour. However, it’s great to see a band in the prime of their career up close still having so much fun. 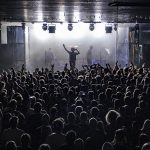 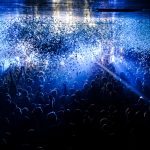 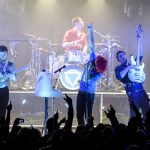 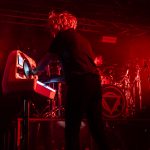 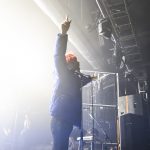 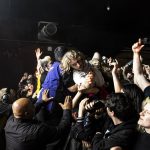 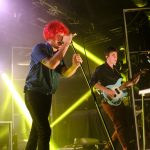 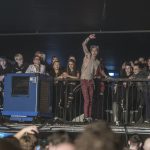 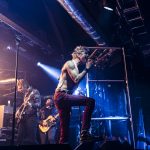 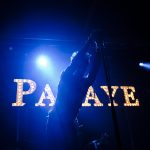 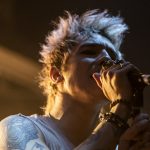 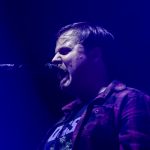 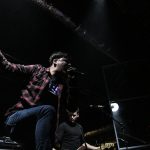