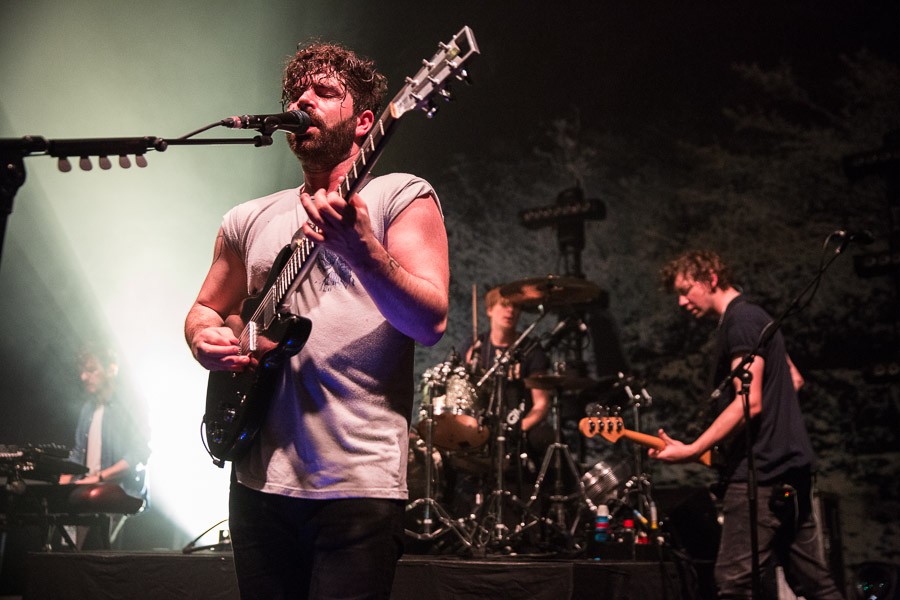 As Foals launch ambitious dual album projects for this year, they tease out further news of a nationwide tour, here’s Getintothis’ Howard Doupé with the details.

Foals are to deliver not one but two new albums this year and the sharing of the video for lead single Exits only last Thursday evening, now comes the announcement of a tour.

The Oxford four-piece have also revealed that they will release a double album in two parts in 2019. Although separate, they will be related in sharing title, themes and artwork.

The first half, Everything Not Saved Will Be Lost Part 1, will be released on March 8 with Part 2 following in the autumn.

From playing house parties to becoming major festival headliners across Europe, Foals’ trajectory has been remarkable. The figures speak for themselves: 1.7 million sales of their four Gold-certified albums plus over half a billion Spotify streams since 2015.

Speaking about the forthcoming releases frontman Yannis Philippakis explains, ‘they can be listened to and appreciated individually, but fundamentally, they are companion pieces.’

Eager to break the traditional pop song structure, the 20 tracks defy expectation. There are exploratory, progressive-tinged tracks which occasionally break the 10-minute mark alongside atmospheric segues which make the music an experience rather than a mere collection of songs.  Yet the band’s renowned ability to wield relentless grooves with striking power also reaches new heights.

The albums’ lead single Exits is a case in point, featuring Philippakis conjuring the image of a disorienting world. It’s a fresh anthem for Foals’ formidable arsenal, but also an ominous forecast.

‘There’s a definite idea about the world being no longer habitable in the way that it was,’ says Philippakis.

‘A kind of perilousness lack of predictability and a feeling of being overwhelmed by the magnitudes of the problems we face. What’s the response? And what’s the purpose of any response that one individual can have?’

The lucky people of South American will be the first to hear new material as the band embark on a string of dates in March. Finally playing on British soil at This Is Tomorrow festival in Newcastle, May 24.