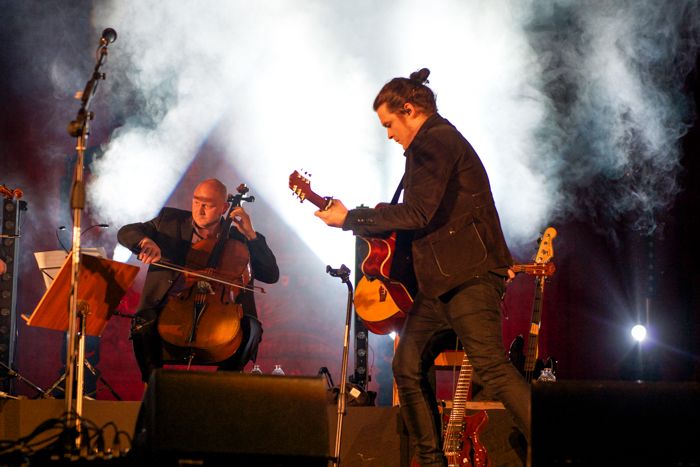 It’s been a while, but prog rock outfit Anathema will play a special Liverpool show this summer, Getintothis’ Gary Aster on the homecoming.

“A prophet is not without honour except in his hometown”, is a curiously apt biblical quotation to accompany the news that rog-rockers Anathema are due to play a rather special, long overdue home-coming gig at Liverpool’s Grand Central Hall this July.

Despite respectable success in Europe and elsewhere, it’s been some time since they played here, and the bands music is still unfamiliar to many in their hometown.

The quotation is is doubly apt because the original Greek root of ‘anathema’ means ‘without honour’. Here then is an opportunity to overturn this state of affairs.

There’s a palpable sense of excitement and anticipation about the gig apparent in the bands official announcement of it and they’ve chosen a fine venue to re-introduce themselves to the home crowd.

It’s a suitably ostentatious venue but, in truth, of a capacity somewhat more modest than they’re more accustomed to filling elsewhere in the world, where their music has deservedly made more of an impact.

But for this gig the band are promising something special – a one-off show with a revised set-list, lighting and visuals, distinct from the other dates of their current tour in support of new album The Optimist.

The title, Back to the Start, refers to the fact that Daniel Cavanagh of the band made his first ever appearance here on this very stage. He and his band mates return on Friday, July 19, with some as yet unannounced very special guests in support. Time to find out what all the fuss is about.