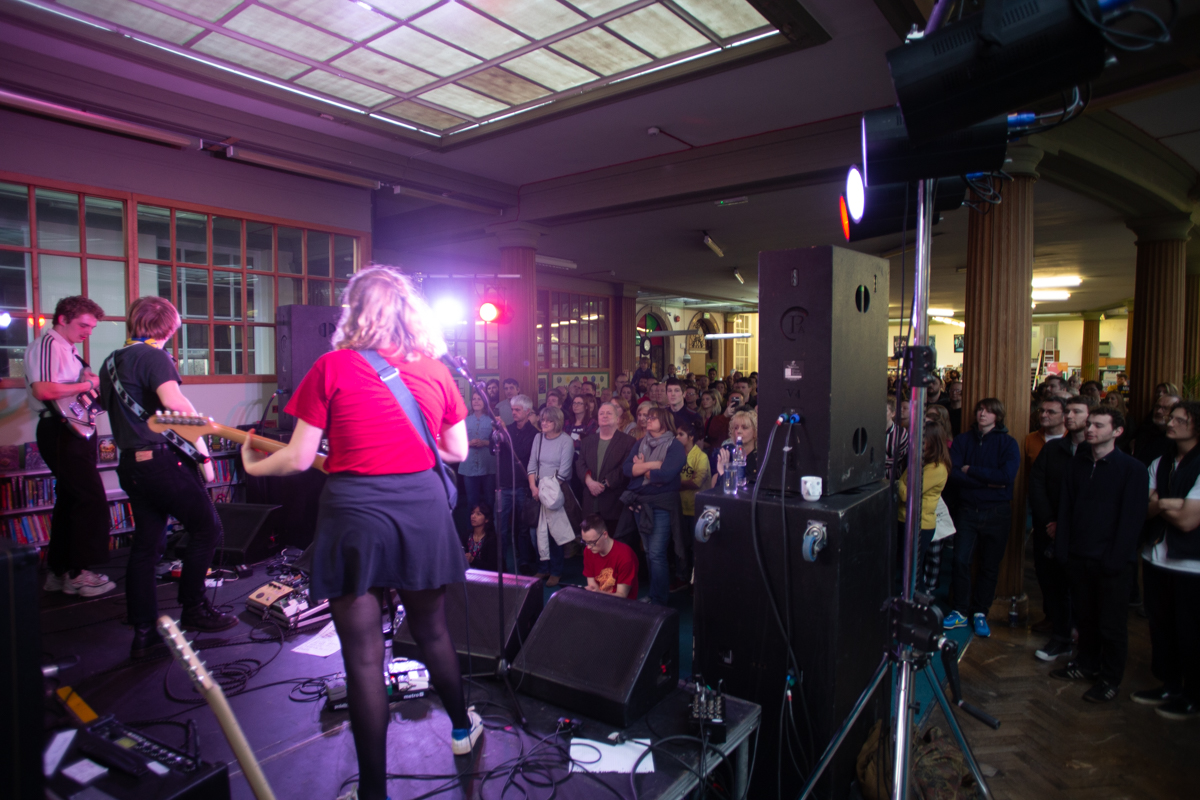 As Get It Loud In Libraries brought Pip Blom to the icy shores of the Mersey for a Sunday afternoon at Birkenhead Library, Getintothis’ Paul Fitzgerald, slip-slided his way there to soak up the sheer fun of it all.

There’s something mildly alarming, deeply satisfying and uniquely thrilling about watching a bunch of Amsterdam popsters with loud drums and guitars tear it up in a library on a Sunday afternoon.

Pip Blom made zero concessions to the ordinarily restrained atmosphere of their surroundings. And why should they? This is what they do.

They make a big ol’ racket, edgy fuzzed up pop tunes bouncing all over the place. Exciting stuff it is too. Just the sort of thing you wouldn’t expect in a library. which of course, serves only to improve the experience.

Favourites of just about everyone who comes across them, this power pop foursome, named after their dynamic singer, specialise in pure, unadulterated power pop. And as Blom herself says from the very start with her introduction of “Look after your kids, look after your ears“, they like to turn it up. Good and loud.

The show was a sell out, children bouncing on shoulders, and countless heads of grey hair nodding through the heavy riffage. Fun. Real fun. Elsewhere in the library, people quietly sat reading biographies of local boy Wilfred Owen, as though it was all a perfectly normal Sunday afternoon in Birkenhead. Anything but, in fact.

Songs like Come Home cut through, twisted, hooky guitar lines punching their way into your ears, energising the room, bringing the colour. There’s a real sense of nonchalance to much of the vocals – and if we have any compliant it would be only that the vocals were distractingly low in the mix – interspersed with catchy-as-you-like choruses.

Daddy Issues is a new tune. Starting like a surf bomb song from The B52s canon, it’s all jumpy power chords and yet another huge chorus. It’s no wonder this band are so universally loved.

Theirs is a very special blend of everything we want from our popsters, and they pack it with more punches than a Concert Square Saturday night out. There’s nothing wrong whatsoever with pop music being this much fun. It would be good thing for other bands to lose their inhibitions, shake off their false notions of assumed cool, and simply recognise that fact.

Pip Boom are assured in the great noise they make and relentless in delivering it. Simply put, there were no low moments in this set. And all this in broad daylight, in the middle of a particularly grim Sunday afternoon. And with no bar. Fun times.

The loveliness started earlier with the shimmering touch of the ever wonderful Sunstack Jones, with a pulled back set, just perfect for its surroundings. Their album was, for us, one of the highlights of 2018 – a particularly strong year of local music – and each live performance shows why.

These, again, are superior songs played by gifted musicians. Much deserving of a bigger stage. Stay Awhile, a personal favourite, all tripped out vocal leaps over a sparkling guitar groove, reminiscent of The Verve‘s A Northern Soul album, another personal favourite.

More power to the unique elbow of Get It Loud In Libraries though. When the idea of gigs in libraries was first mooted, we admit to a degree of head scratching. How would this work? In fact, would it work? It is, of course, a fine idea. And what could be more natural, actually than pulling music into an environment literally stacked with thought and ideas. Music and words. Like all this fine pop music on show, it doesn’t have to be difficult, does it? 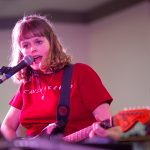 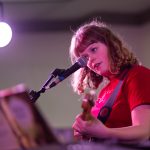 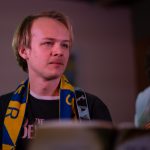 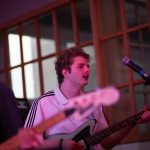 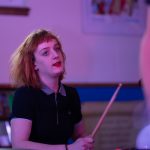 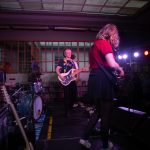 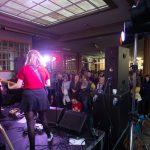 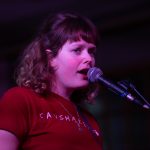 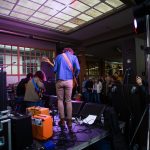 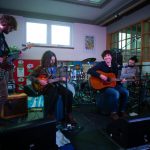 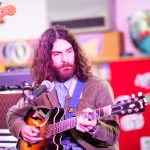