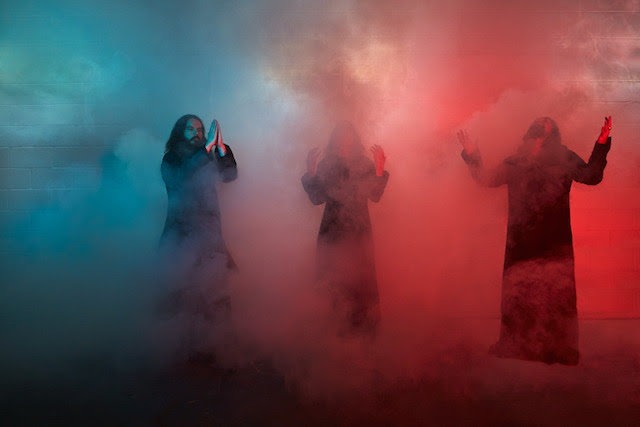 LONA will play Sound, and the first speakers have been announced for Sound City +, as Sara Wolff, Strawberry Guy and ROY added to Seatbelts gig lineup, Getintothis’ Lewis Ridley with this week’s news.

Recorded last year in Chicago, with Steve Albini at the helm, the album collates romanticism and expressionism among their unique approach to metal.

The album, created by co-founders Stephen O’Malley and Greg Anderson, will be released on Southern Lord in April, and it will be followed by a huge European tour which includes their first leg in France.

There is a second, more meditative LP titled Pyroclasts, also recorded by Steve Albini in parallel, which will be revealed in the autumn 2019

On their European tour, Sunn O))) will play:

You can listen to preview of Sunn O)))‘s forthcoming album here.

London rapper Girli will bring her biggest UK tour to date to Liverpool this spring with a gig at Zanzibar.

Girli, aka Milly Toomey, will release her debut album Odd One Out before embarking on a huge album tour which calls into Liverpool on Thursday, April 11. An artist that pulls very few punches, the album is an attack on the small-minded and will be released on April 5.

Another debut, this time a first headline gig for LONA as they’re set to play Sound courtesy of I Love Live Events. The London outfit will come to Liverpool as part of their UK tour on Saturday, April 13.

In festival news, Sound City + have announced their guest speaker lineup for their annual conference, which takes place on Friday, 3 May as part of Sound City festival,

We are delighted to announced the first wave of exceptional speakers who will be joining us across 3rd-5th May! @huwstephens, @DaveRowntree, @yousefcircus, @JenOtterBickerd & many more. Tickets available here: https://t.co/mUCqKrU650! pic.twitter.com/c2pHs5U1hf

In support news, very much up and coming quick Norweigan singer songwriter Sara Wolff will support Seatbelts when they play 81 Renshaw later this month. Strawberry Guy and ROY will also play on Friday, February 15.

Mr Ted have released a brand new music video for their latest single. Their previous effort Shame featured on Getintothis in November, and they’ve returned with Muscle Milk.

They’ll launch the single this Friday, February 8 at Sound.

Stealing Sheep are back with third album Big Wows

Our track of the week is the new one by Stealing Sheep who have dropped Bigwowshow Girl on the band’s SoundCloud.

Another funk-laden crisp disco pop banger in the vein of their last track You Gotta Be Jokin’ Me, the track has piqued our interest in their forthcoming third album out in April.