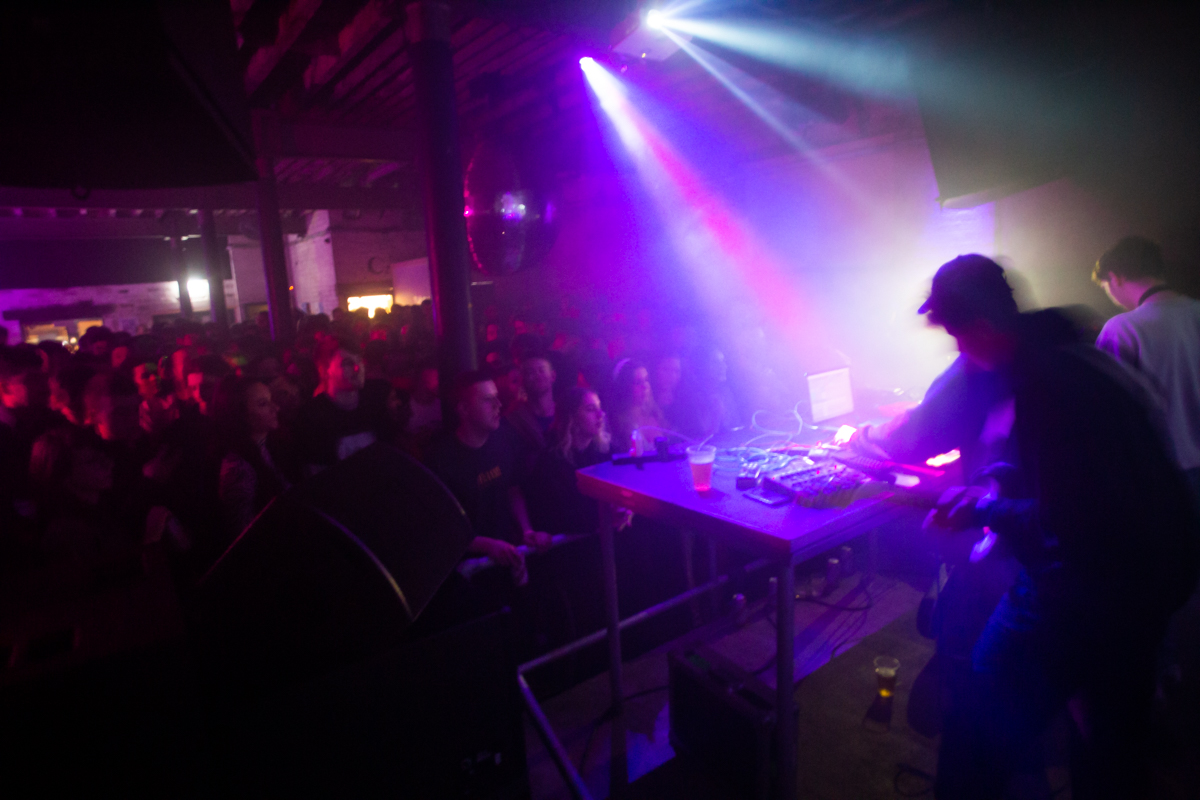 Ross From Friends played a second sold out night at 24 Kitchen Street and Getintothis’ Max Richardson went along to join in the hype.

Ross From Friends‘ much anticipated live appearance at 24 Kitchen Street produced a memorable evening of electronic music in a surprisingly intimate venue for the rising producer.

As the doors opened at 7:00PM, surprisingly early considering the genre of the event, crowds piled in, with many eager to begin their Friday evening with a round of drinks at the bar. The pounding rhythms of house, techno, and electronica greeted the enthusiastic crowd through the way of 24 Kitchen Street‘s sublime sound system, with an excellent balance of treble and bass complimenting the silky smooth transitions of the unnamed DJ, not listed on the bill.

Unfortunately, the event continued like this for some time. With no lights on the dance floor, and little variation in musical style or genre, the crowd were visibly growing impatient by about 8:00PM, with many people audibly asking when Ross From Friends was due to take the stage, with stage times nowhere to be found inside the venue.

While most of the crowd were indeed dancing to the in-house music played by the excellent DJ, it felt as if people were simply doing so to kill time, with little genuine interest or appreciation being shown. Again, the lack of any lights or visual effects on the dance floor resulted in the evening feeling static, and led to the crowd growing truly impatient by around 8:30PM.

The lack of any support act for this event is partially understandable, as electronic music acts with true live performances are something of a rarity. However, while rare, they do of course exist, and even just a band or solo artist would arguably have kept the crowd preoccupied before the headline performance.

At 8:43PM, a crew member switching on the projector for Ross From Friends‘ visuals generated the biggest cheer of the evening as of yet. However, the widespread belief that the headline act was soon to begin was quickly proved wrong, as the restless crowd were given twenty minutes more unyielding four-on-the-floor rhythms before the headline act.

Nick Cave, Brian Blessed, The Haunting of Hill House and coming to terms with the fact we’re all going to die

Ross From Friends‘ entry to the stage at around 9:05PM sparked applause, cheers, and the obligatory sea of phone screens capturing the beginning his set.

While live electronic music can sometimes be difficult to pull off successfully, Ross From Friends sublimely fuses live instrumentation with synthesised sounds, resulting in an exquisite blend of the two worlds.

Ross From Friends gig in Liverpool tonight, gonna be so sick

Fans were treated to a continuous mix of Ross From Friends tracks, with the producer smoothly fading between elements of them with apparent ease, all accompanied by live guitar and saxophone, often heavily modified through audio effects.

Again, 24 Kitchen Street‘s exquisite sound system was truly put to good use with this set, as throbbing bass tones resonated through the cold stone floor, to the delight of the now-enthusiastic crowd eager to celebrate the beginning of the weekend.

As the set continued, the energy inside the cramped, sold out venue escalated to soaring heights, and when the night drew to a close the crowd left the venue hot and sweaty, into the icy streets of Liverpool.

Ultimately, a key issue with the night was that it didn’t know what it wanted to be. The loud dance music implied that it was intended to be a club night, yet the oddly early 10:30PM curfew prevented the night from ever feeling like a true party, which coupled with the early doors stifled the atmosphere of the crowd towards the beginning of the night.

The lack of lights on the dance floor further contributed to this feeling, as did the lack of support, resulting in a strange event unable to either be truly classified as a gig or as a club night.

While Ross From Friends‘ performance was an excellent example of live electronic music done right, the feeling from the crowd was that the atmosphere of the night unfortunately overshadowed the performance, and the lack of a support even arguably left fans feeling short-changed from their price of admission. 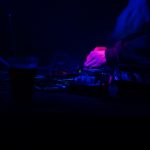 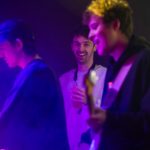 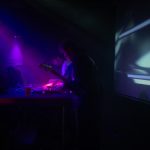 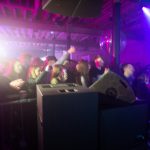 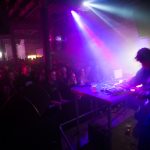 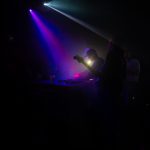 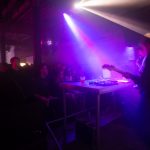 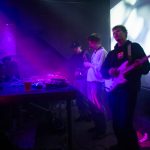 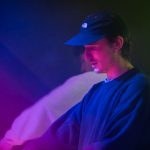