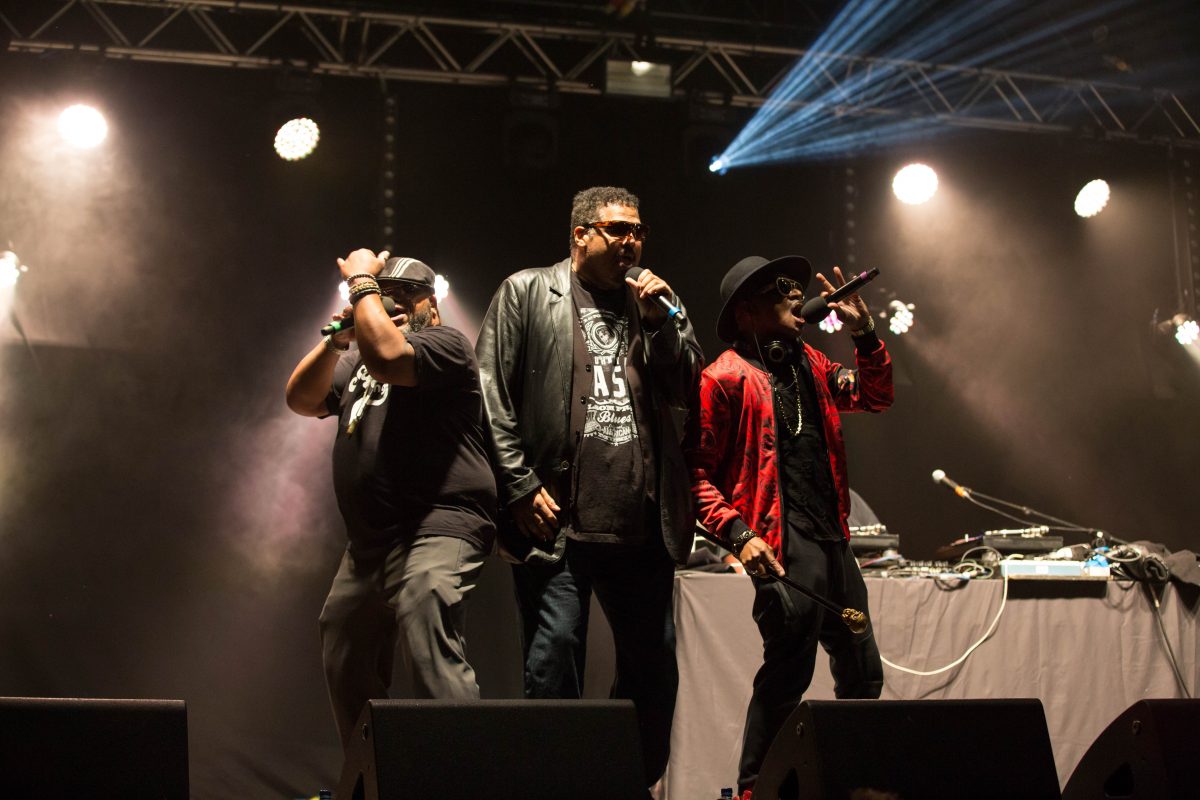 50 years on from The Beatles’ rooftop performance, hip hop kings The Sugarhill gang will emulate the fab four on the roof of The Shankly Hotel, Getintothis’ Nathan Lord reports on their impact on the genre.

Hip-Hop is arguably the most dominant force in world music today, with numerous artists associated with the genre controlling a large portion of chart positions, and one of the genres key faces will come to Liverpool for a special gig at The Shankly Hotel in June.

This was not always the case however, before Drake, J Cole and the hundreds of mumble rappers that are now taking over popular music, Hip-Hop was not in the public eye at all.

It took the coming together of one exceptionally intelligent and forwarding thinking woman, Sylvia Robinson and a group with one of the catchiest opening verses in music history, The Sugarhill Gang and Rappers Delight.

The culmination of the Robinsons visionary ideas and the groups infectious flow changed the relationship between Hip-Hop and the mass market for the better and forever.

This year marks the 40th anniversary of the song that changed it all, and The Sugarhill Gang are treating Liverpool to a performance on top of the Shankly Hotel as part of Signature Living’s Signature Sessions.

In the past, the sessions have included a performance by The Tea Street Band and I See Rivers – marking the opening of a new homeless shelter in the city.

The venue, of course, is being seen as a tribute to Liverpool’s best, The Beatles, as this year marks the 50th anniversary of the fab four’s rooftop performance on their offices in Saville Row.

Not only will The Sugarhill Gang be present on the roof, The Furious 5 will also be making an appearance, another trailblazing group that had a massive impact on hip-hops popularity in the late 70s and 80s. “Don’t push me cause I’m close to the edge” – got it.

The Hip-Hop pioneers will be playing The Shankly Hotel on Saturday, June 15.