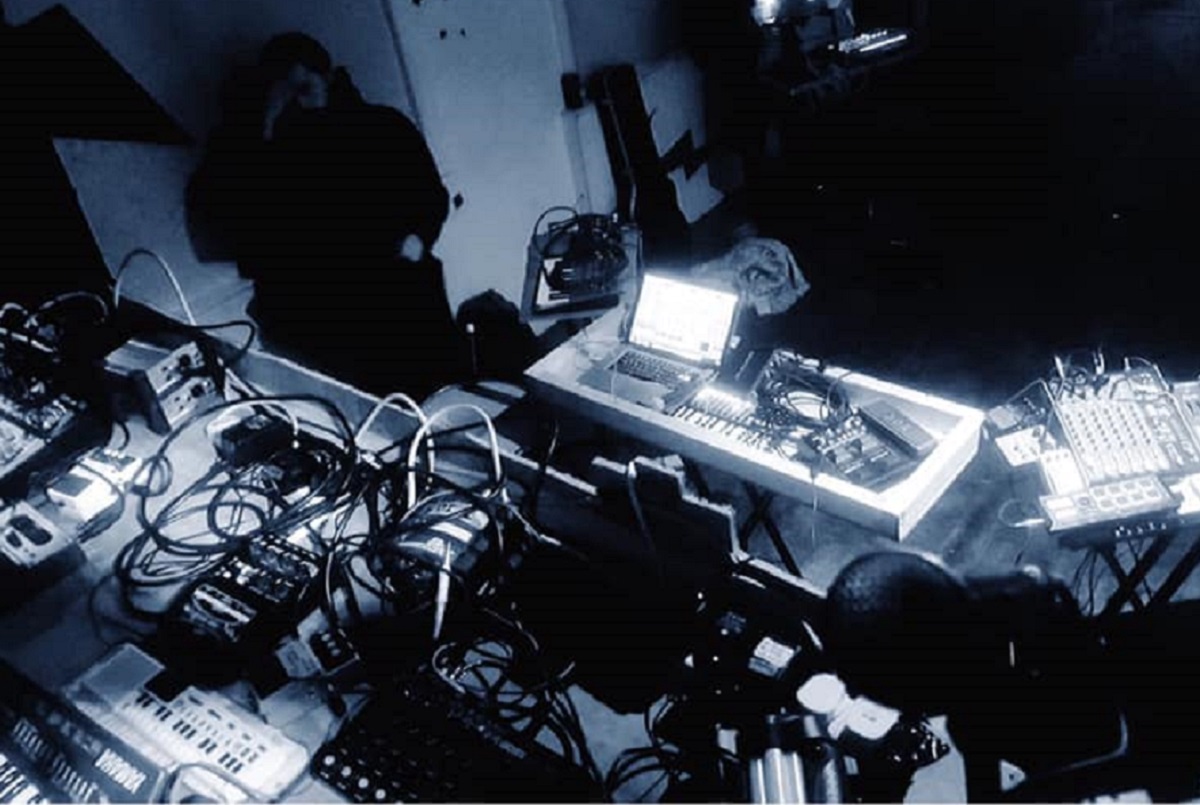 SPINE take time out from their hectic schedule to answer Getintothis’ questions about pre-gig superstitions, quitting social media and getting drunk.

The event is organised by a group of likeminded individuals in the city who found these genres and their artists were lacking representation and coverage within Liverpool’s music scenes.

Since May 2018, SPINE has become a safe place for noise freaks to gather and get weird, try out new ideas, develop as artists and invite internationally recognised acts to perform in Liverpool.

Going forward, SPINE plans to expand into a record label, with a compilation tape of SPINE‘s veteran performers finding release later this year.

Ahead of all this, Getintothis sit SPINE down and asked them 13 questions.
Read on to find out about listening to Merzbow in the bath and releasing cassette albums in 2019.

“I’m currently at SPINE HQ with Ben Ford (LONESAW/MAL/SYRINGEHOUSE) planning the next stage of our SPINE event series – our monthly event for experimental music – and LONESAW’s gigging schedule for the upcoming months.  We have a lot of exciting events coming up.

SPINE #9 is taking place on the 19th April at Factory Kitchen with an eclectic mix of performers from South Korea (Hunjoo Jung), Germany, and the US (ISO), alongside veteran performers from Liverpool (JEZEBEL, Nick Branton).

Following that we’re collaborating with Moonfrog to bring minimal cold wave artist Void Vision (Philadelphia) to Sound Basement on the 20th May. It’s amazing to be able to invite international artists to Liverpool and give them a space to perform alongside our own homegrown talent.  Last month we collaborated with Wet Room and hosted Arma Agharta, a living legend of the worldwide experimental DIY scenes from Lithuania as he celebrated 20 years of performance.”

“Very well we think… It can be difficult to gauge progress sometimes when you’re immersed in a project. This time last year, LONESAW were merely happy to be performing to audiences at all never mind hosting our own radio show and event series!

Ben and I initially co-founded SPINE because nobody would book LONESAW to play, and if they did, they rarely asked us back. We scared everyone or blew up a bass amp or something like that…

SPINE has become a safe place for us noise freaks to gather and get weird, try out new ideas, develop as artists and host internationally recognised acts; it’s incredibly humbling, we never thought we’d be here.”

“Blush by Claire Welles. Claire is one of our favourite Liverpool artists and her latest release of gloomy experimental pop is exceptional; it was produced & mastered by Mick Chrysalid of Rongo Rongo too! Its been out a couple of months now but I’ve only just had the chance to give it a proper listen back to back. She performed some tracks off it at a SPINE event last year and I’ve been eagerly awaiting to listen to it ever since.”

“Nikolas Adoniu’s industrial noise juggernaut WHXRS is a personal favourite. Last year’s Spectrum of Conflict EP is an essential listen for any noise folk in the area, and I’ve been informed a new release is imminent.

Its an exciting time to be making leftfield music in Liverpool, there’s a slew of great artists bubbling under the surface – proof that the north of England is still a haven for experimental artists and harsher music.”

“Not so much superstitions but rituals. In the earlier LONESAW days I had to isolate myself for a bit to get in the right frame of mind – our performances have always been very intense and take a lot out of us emotionally and physically. These days though I can just switch into that mindset much easier. Ben has a similar warmup but with more growling.”

“I think about it regularly but unfortunately, I am a slave to Facebook.”

“Last night at LONESAW’s gig supporting Berlin punks Bleib Modern at Sound; the Liverpool goth scene was in full force and a cause for celebration. Moonfrog are putting on some great events in Liverpool now – lots of dark wave, post-punk, minimal wave, and cold wave. We’re excited to be working with them in the future!”

“Listening to Merzbow in the bath with a bath bomb.”

It’s happening in Liverpool, Pale Master just released M T Hall’s latest release on tape, and we ourselves are planning to release a SPINE compilation tape later this year.

Generally, though, I think each has their own value depending on the situation – I enjoy sitting at home and listening to a full LP back to back, but I also enjoy aimlessly flicking on my phone to discover new artists or to find the right mood for my day.”

“We’re too busy working on upcoming events, LONESAW EP, and collaborations to shout at our TV now, but hope to put some time aside soon.”

“Our co-conspirer Jezebel studies Experimental Sound Art in Brighton with Stephen Mallinder of industrial royalty Cabaret Voltaire – apparently, he’s a sound and has even given our music a listen! Ben and I met Anna Von Hausswolff after a Swans gig a couple of years ago and she was very very cool.”