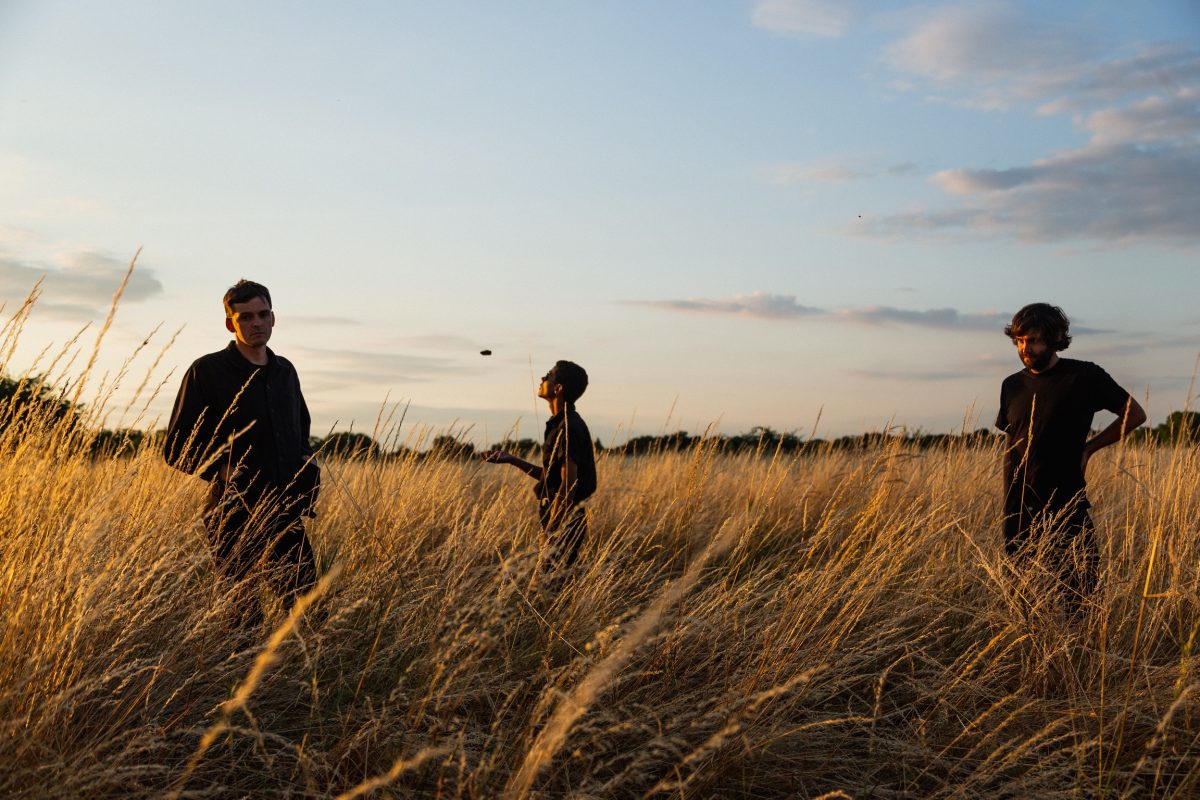 After the sudden and it has to be said, distressing demise of Ultimate Painting thirteen months ago, the re-emergence of  UP’s Jack Cooper mid-February came right out of nowhere.

News of new venture Modern Nature was an unexpected but nevertheless wonderful and welcome surprise.

Modern Nature centres around Cooper,  BEAK>‘s Will Young, and Aaron Nevue from Woods, with Sunwatchers’ Jeff Tobias on saxophone, Rupert Gillett on cello.

Early 2019 had already brought with it news of Cooper’s low key, former UP partner James Hoare getting on with things in his own world, the Proper Ornaments with TOY’s Max Oscarnold set to release a third album in April.

And now we have  Modern Nature, releasing 4 track EP Nature this week.

It’s quite a progression from Cooper’s solo work and that with UP, and previous band Mazes.

With the Nature EP we find remnants of past endeavours, but with quite beautiful contemporary wind chamber music and the exploration of folk, and wild, spiritual jazz.

Like the doors have been thrown open – well hello there, world – and everything beckoned in.

When Jack and I have our chat he’s in the middle of dashing around London picking up equipment from friends and acquaintances; he’s about to head out on a short European and UK tour playing guitar with DIY rock-n- rollers The David Nance Group.

‘I haven’t really played any shows for over a year. They’re very nice people and I’m looking for an easy way of getting back into touring, I suppose.’

Upon his return, he’s got Modern Nature‘s debut live show in London in a couple of weeks time.

Modern Nature have been pretty low key themselves, but easily picked up support from Radio 3‘s endangered experimental music show Late Junction, with Cery Matthews, Marc Riley and Tom Ravenscroft stepping up over at 6 Music.

The EP is topped and tailed by versions of the same song beginning with the simpler Nature and ending with the twelve minute long Supernature, an epic elongated journey of a thing.

In it, the underlying drone guides us, Rupert Gillett’s cello harmonizing, lulling.

The band formed, aptly, in a very natural way.

Will was part of UP’s touring band – and he nearly joined Mazes at one point. After Ultimate Painting imploded ‘me and him been working on some songs for what in my head I thought was maybe going to be another solo album,’ says Jack.

‘But as soon as he started working on it with me, it took a different direction and his imprint on it became as important as mine. So it felt that starting a new group made more sense.’

Aaron was in Cooper’s touring band for his solo record, 2017’s Sandgrown, plus UP released a split double a-side with Woods a year earlier.

‘More than anything they were just two people will and Aaron and I hope they think the same as me,’ Jack laughs a little self consciously, ‘we wanted an excuse to spend more time together. We’d always worked well together in various different forms.’

The line up will be fairly fluid. When Modern Nature was unveiled, he said  ‘The band is so new, it’s hard to say who’s in and who isn’t…every song we record or musician we gain, another door seems to open on a route that’s worth pursuing.’

It should keep things interesting, for sure.

‘Nowadays it’s so hard to make a band work logistically, balancing other projects that you do…so it’s realistic to start something with the idea that you don’t have to do it forever, it can keep going and people can come in and leave and it doesn’t have to be like ‘oh the band have split up.’

It’s that weird English mentality – and I think it’s an English thing – I think of it specifically like a media or like a music press thing in that  band has to be like a gang whether it’s the Stone Roses or The Clash, that anything other than the original line up has less value..it’s a load of rubbish and doesn’t make any sense at all. I don’t think anyone actually thinks like that, it’s bizarre.

And anyway,  if ‘it’s in jazz or more experimental music there’s always more of a fluidity to who’s in the group.’

‘It’s very silly because you get to a certain age and you’ve been doing music for a while you’ve always been in different groups. You’re hard pushed to find anyone who hasn’t been in another band.’

The band’s name comes from Derek Jarman’s garden diaries, written by the film director upon learning of his HIV positive status in the late 1980s.

Cooper chose the name after he and his wife visited Jarman’s cottage in Dungeness.

‘I guess it’s something that’s stuck with me, Dungeness has this weird mix of urban and rural…I know it’s not particularly urban but it…has a (nuclear) power station there and that’s one of the things that I was thinking about when we started this group.

The thin line where the urban environment meets the countryside.

Derek Jarman’s house, his cottage is like a very vague concept in my head that represents what we’re trying to do, I suppose.

It’s hard to explain why that is relevant but I very much identify with Derek Jarman’s sense of Englishness I suppose like it’s a reaction to and against what England represented to him and that feels very relevant to what we’re trying to do as group.’

There is a definite sense of Englishness in Modern Nature, – Jack brings that up numerous times as we talk – borrowing as it does from elements of folk.

Blackwaterside  from the EP is the folkiest of them all – ‘go home to your father’s garden…and weep your fill’ a trad folk ballad, the presence of the mournful cello in the background reminding us no, it’s something bigger than that.

English folk can lean towards the worthy and twee, the po-faced, and be too damn clean, but the band have sidestepped that and reached for the prettiness and beauty in there instead. That’s much appreciated at this end.

‘Well good…I’m excited for you to hear the album…it elaborates on everything on the EP. It’s way more concise and complete. The EP is… a nice introduction to the band but the wide project will resonate more with people. I hope.’ 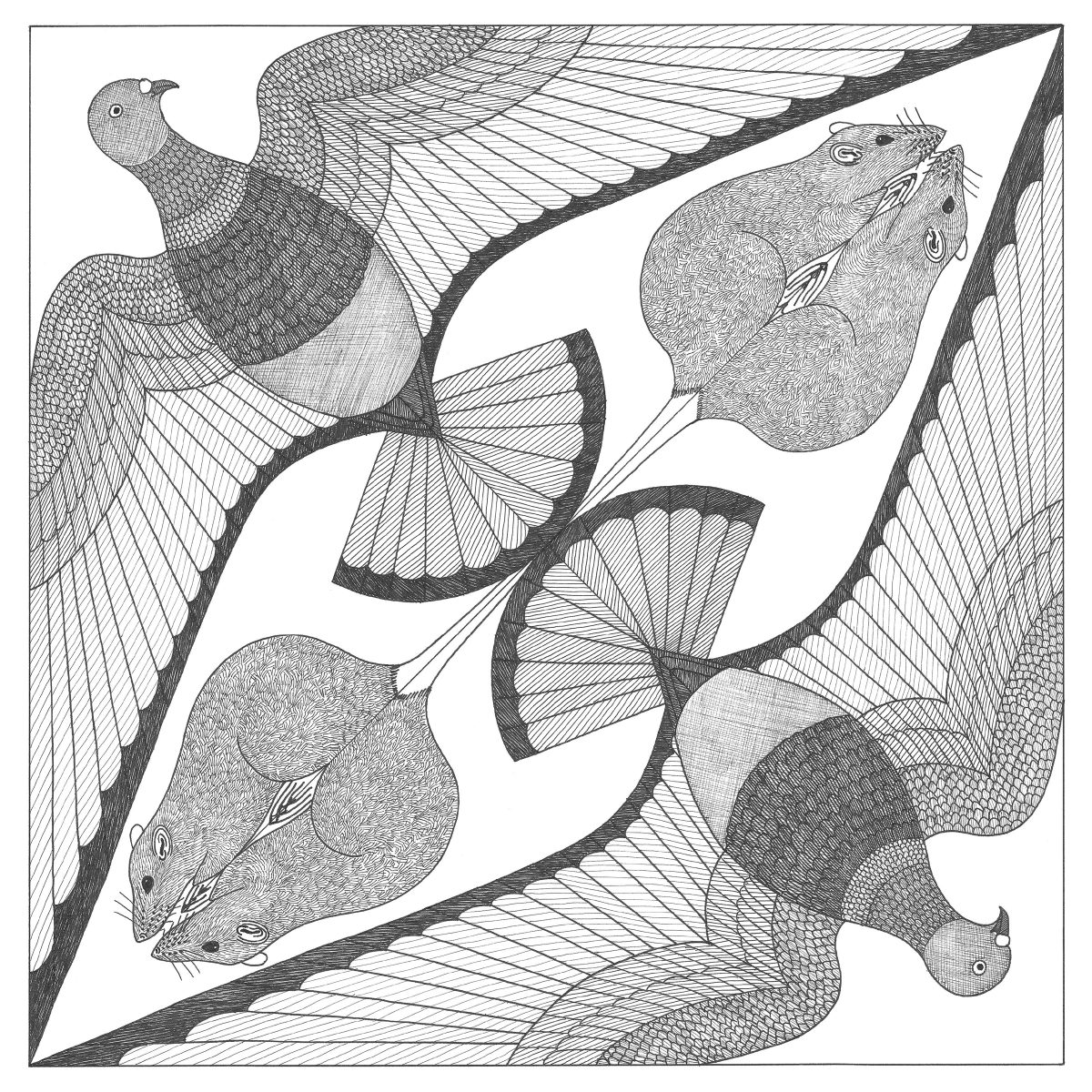 The press release claims this project is nothing like anything the band members have done before yet there’s that pastoral haze that was so comforting and enticing about UP, you’ve taken aspects of that and reached out to spiritual jazz, plus the folk we’ve talked about already.

Listening to these four tracks, it’s clear there’s a heck of a lot of ambition in the music.

‘The older I get the less ambitious I feel as far as playing big rooms or recognition but I feel more and more ambitious as far as what we can achieve.

I think this band is capable of doing something really really great that feels not so much a pressure but quite liberating.

It comes not necessarily with age, maybe it’s something that comes from experience when we started making it there was no expectations from anyone and no one knew we were doing it we can do what we want…maybe when I’ve been in other bands before you get known for a certain type of thing so it’s very hard not to compromise because people have a certain expectation of you’.

Flats is my own personal favourite on the EP and it seems Cooper feels the same way.

The song so simple, lots of space, fragile but unsettling.

And in no way intimidated by the epic Supernature, maybe because that simplicity wins out.

It was the last track to be recorded.

‘It took me unawares how much I liked it when it was finished. It’s a direction I would be really keen to pursue. How much space is in it, the orchestration ..before this stuff I’d never written things for saxophone or clarinet before.

It feels very exciting to be working with instruments like that pushing into something completely different.’

Jack compiled a playlist to ‘explain’ Modern Nature, if you will, a few weeks ago before Talk Talk‘s Mark Hollis died.

‘I’d been listening to that an awful lot this year and lots of minimalist contemporary stuff like Morton Feldman and it’s funny because that Flats song was a not a tribute, but I had Mark Hollis in mind when I was writing that song…when he passed away…I’d been listening to his album in the morning before..I’ve had periods where I listened to them a lot then over the last year they resonated with me really hard and that’s what the Flats song was from.’

The band’s first gig is in a church in London. It feels an appropriate venue somehow, those devotional leanings performed in a home from home of sorts.

‘The song Nature was done entirely live and Supernature is pretty much live, so I think you’re probably getting a pretty good inclination of how it’s going to sound.

I like how that mix of the old and new the way a lot of churches around the country have been re-appropriated as venues for live music,’ he says.

‘It makes sense because one of the roles of religion is community, bringing people together. The acoustics are so good, they’re beautiful buildings.’

Nature EP is released 22 March via Bella Union. A full length album is to be released later in 2019.

Modern Nature have also announced a selection of September UK dates, they will play:

Watch the brand new video for track Nature below: