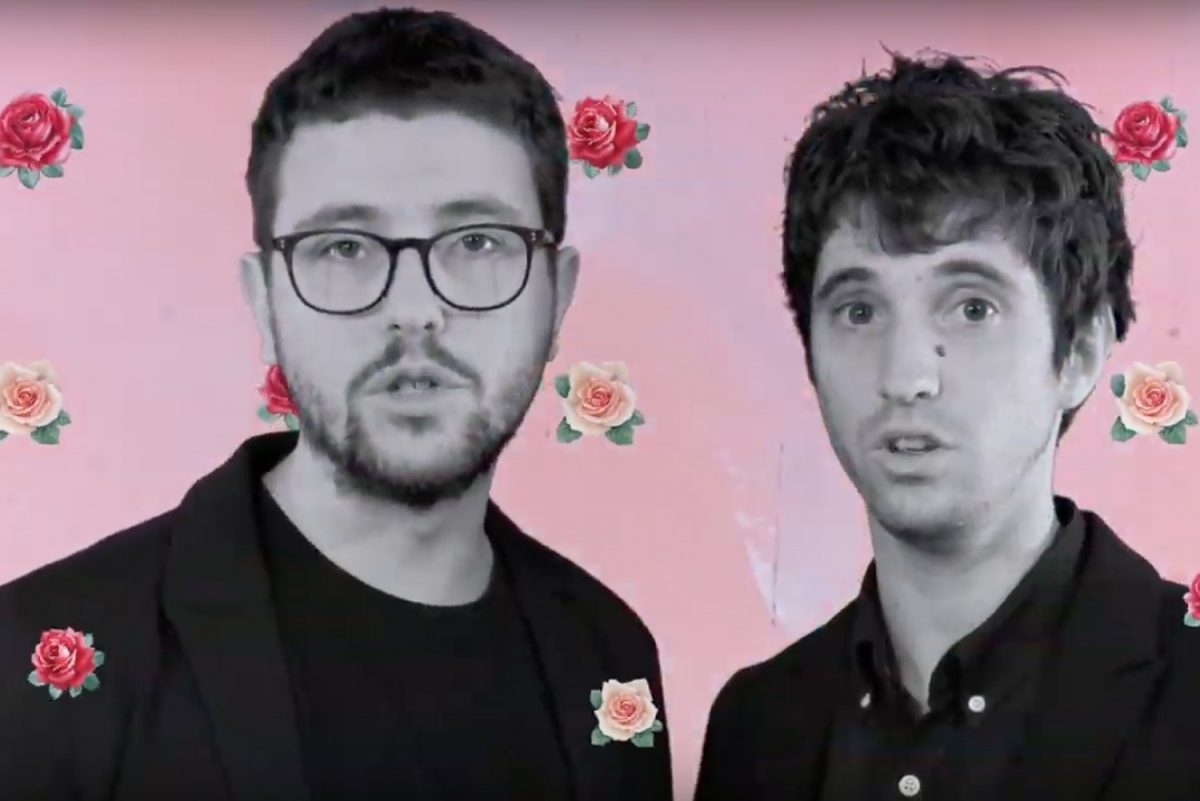 With a collection of sun-drenched singles featuring in this weeks singles club Getintothis’ Michael Maloney is feeling the summer vibes.

A single that takes the very best of 1960s recording ingenuity a la Sgt Pepper’s and Pet Sounds. Violent Hum goes through many transformations during its 5-minute run, there’s the spoken word styling of the first part which then morphs into 70’s summery pop.

It’s got horns, acapella vocals and a choir to boot. A collage of musical genres in the style Paul McCartney, ‘this is where I wanna be’ brothers Matt and Danny Arthur sing and it’s hard to disagree.

Channeling the very best of 80s era New Order, Lust for Youth’s Great Concern has everything you want.

A melancholy piece of dance-pop that draws you in straight away with it’s guitar hook, the relentless beat of the drum machine, simmering synth and singer Hannes Norrvide moody singing completes the dark atmosphere.

It’s a dance song that’s in the same arena as Robyn’s Dancing on My Own’a danceable but ultimately sad song, “it hurts my eyes” sings Norrvide but this doesn’t hurt our ears.

Kero Kero Bonito most recent release from their album, Time n Place, Swimming in their own words is a “tribute to growing up, our mums and the ‘70s singer-songwriters we enjoy together.”

A playfully sweet song with a heavy dose of kitch keyboards and doo wop style singing create a song that you can whimsically sway along to.

A simply put together single that comprises driving bass offset by Josefin Ohrn’s whispered vocals. There’s not much more to it than that apart from a light sprinkling of guitars.

It definitely gets you in the mood for the summer; the sun on your face and drinks in the park which is perfectly timed considering we’ve just had the spring equinox and you get that feeling that the summer and sunshine soon will be here again.

A melting pot of a single mixing elements of r’n’b, jazz and rap.

Based in New York, Nigerian producer Adu Madan has melded together the music of his Nigerian heritage with the contemporary sounds of today’s musicians; there are the jazz stylings of Kamasi Washington, r’n’b vocals reminiscent of John Legend and the politically charged bars in the rapping has a feel of Chuck D.

It’s a constantly evolving piece of music that adds more elements the longer you listen.

Club Kuru – By The Windowpane

Psych-pop band Club Kuru’s By The Windowpane channels Tame Impala with its chilled out pace and laid back vocals, this is a song that you’ll no doubt enjoy listening to while enjoying a beer in sun or something stronger.

The song’s guitar solo is tripped out and dreamy and will take you to different plane if you’re in the ‘right frame of mind’. It’s a song that you can sit and enjoy while watching the world go by, seeing people come and go and not really think about anything.

Debut track from Persian rapper CHAII, is a statement of joy and hope for change. CHAII who was raised in New Zealand and blends languages in her rapping going from Farsi to English.

Digebasse is the sound of cultures meeting, there’s the dance beat of the track mixed with the Farsi rapping and the iconography of the video mixing traditional middle Eastern clothing with designer brands, a headdress is paired with an Adidas t-shirt which is used as an ad-hoc face veil, CHAII shows us she is a global citizen with a foot in both worlds and that she is comfortable in each of them.

Lambchop – Crosswords, or What This Says About You

The third release from the forthcoming album, This (Is What I Wanted To Tell You). A thoughtful track that sees frontman Kurt Wagner making use of auto-tune as he muses on life.

The warm piano, drums and bass create an intimate atmosphere and makes you feel as if you’re sat there with Wagner enjoying a coffee while listening to him discuss life and all its banalities.

The Liverpool based three piece’s newest single is another grab-you-by-the-arms and shake you about track. The loud-quiet dynamic works to great effect contrasting Peter Harrison’s softer tone with his unrestrained abrasive vocals in the loud parts, even the sound of a 1950s style sci-fi UFO in the middle part contrasts well with the fuzzed guitars.

“When the rots sets in, and you start seeing it in everything” Harrison sings, this is a song without any rot, it’s completely solid.

Italian outfit, NAVA, mix electronic with elements of traditional Iranian music and the combination is an interesting blend of analogue and digital.

The result is an experimental arrangement that is both visceral and traditional as cultures blend and clash against each other, industrial beats grind up against traditional Middle Eastern instruments as singer Nava Golchini floats above the music.

On Video’s debut single, Gee, is balls to wall the garage rock. With fast-paced guitars and lyrics to match this a song that’ll definitely get the moshpit going down the front of their gigs.

Its catchy lyrics will have revelers belting out ‘”How do I get home? Where am I? Where am I?’” for the rest of the year and it won’t just be because they’ve drunk one too many Red Stripes.