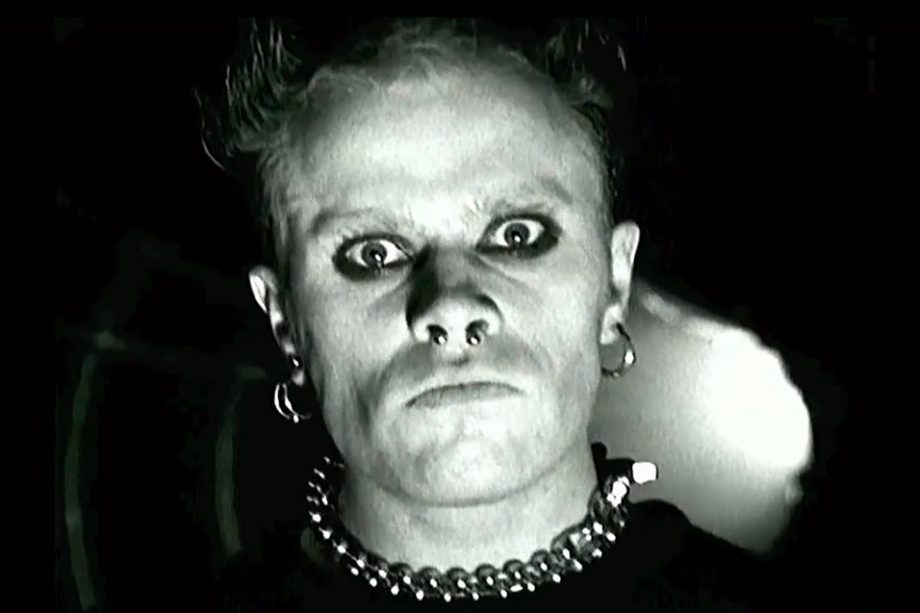 Keith Flint of The Prodigy has died, Getintothis’ Paul Fitzgerald toured with the band, here he offers a very personal reflection on his time with the band.

Back in the late ’90s, Liverpool label Airdog records launched an artist by the name of Deejay Punk Roc out into the world with his stunning album Chickeneye.

The label was owned and run by friends of mine, and so I was charged with accompanying Punk Roc on his worldly travels for the following three years or so. It was my job – and what a job – to get him where he needed to be. A seemingly endless trail of airports, hotels, venues and clubs. Good times.

In early April of 1998 I called into the label’s office and was presented with a fax listing the dates of a Prodigy tour in America a few weeks later in June. Punk Roc was to be the support act on the tour. I was blown away. I’d never been to America, and my first trip was to be with The Prodigy, for three weeks, all over the States. Unreal.

The Essex boys were already well established in the UK and Europe, riding high on the burning and blistering thrill of The Fat Of The Land, but were focused on building their US following, and so for those three weeks, we got to hang out on the brilliantly titled Land Of The Fat tour.

In the weeks leading up to the tour, I’d built a picture in my mind. I imagined the debauchery and the madness of the medieval bacchanal to be found backstage at Prodigy shows. I pictured the filth and deprivation.

What I found was a machine, a super professional, well oiled entertainment machine. I found a world of meticulously delivered, measured and designed show. 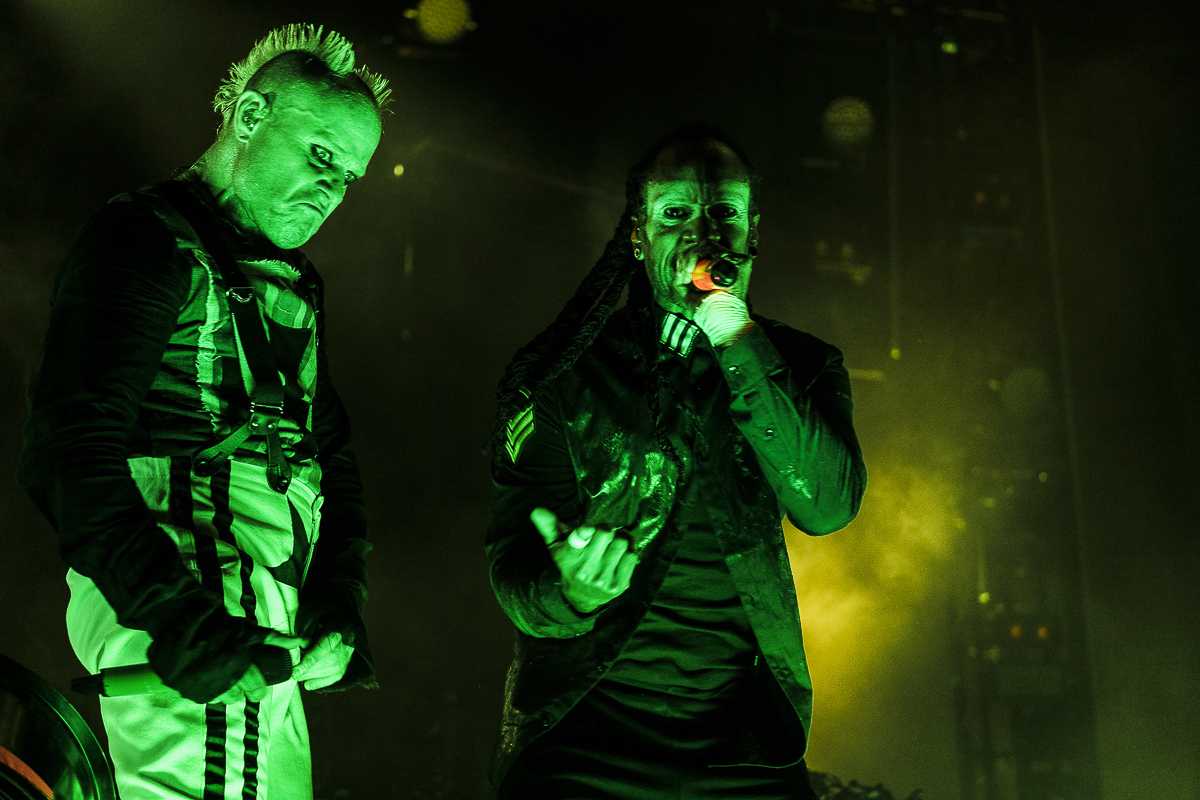 The Prodigy in Liverpool in 2018

A self imposed alcohol ban backstage. No parties (until the last night in New York – and oh, what a party) It was all about the show. Lighting cues, a masseuse and an oxygen tent at the side of the stage, to provide relief from the leather costumes and hot stage lights, a relief from the boundless energy the whole band exerted in their shows.

And what shows. I’d never experienced anything quite like standing at the side of the stage at a Prodigy gig while they burnt my ear drums out with Breathe, Funky Shit or, of course, Firestarter. I’d never experienced anything like it before and I never have since. They had me speechless, breathless in stunned awe. Incredible performances from truly incredible performers.

It is with deepest shock and sadness that we can confirm the death of our brother and best friend Keith Flint. A true pioneer, innovator and legend. He will be forever missed.
We thank you for respecting the privacy of all concerned at this time. pic.twitter.com/nQ3Ictjj7t

At the nuclear epicentre of the explosion that was The Prodigy live, was of course, Keith Flint. A quiet friendly man with a genuine interest in others.

He talked self-deprecatingly of his role in all of this. He couldn’t quite believe his luck, he’d say, when Liam Howlett had asked him to front the band. He was still genuinely shocked that people went out of their way to come to shows or to buy the albums.

“I just jump around,” he told me when I complimented him after one of the shows. He was actually quite a shy man, when he wasn’t on the stage, he preserved his energy, kept himself to himself, and was the absolute polar opposite of his stage character.

When Punk Roc was playing before the band went on, Keith would come and watch from the side of the stage, always interested in what records he was spinning. He appreciated other people, and the role they played in how the night went.

Back in the UK, the band were barred from performing on Top Of The Pops at the time, because Keith would scare the children. Hilarious to think of it now, I know. My daughter was four at the time, and he was pleased to find out that she referred to him as The Funny Clown.

Going onstage for him was like going into battle. A battle he always won. Each and every gig was a win for him. Like the whole organisation around him, he insisted that everything was just as it should be, otherwise he simply wouldn’t go on.

A consummate professional and an incredible performer at all times, there could be no gaps, no problems. He gave 100% at all times. To watch the crowd interacting with him, glued to his every wide eyed stalking move, hanging on his incredible presence, was a nightly treat in those weeks. And each day, we’d meet up in the airport while the band waited for Keith. 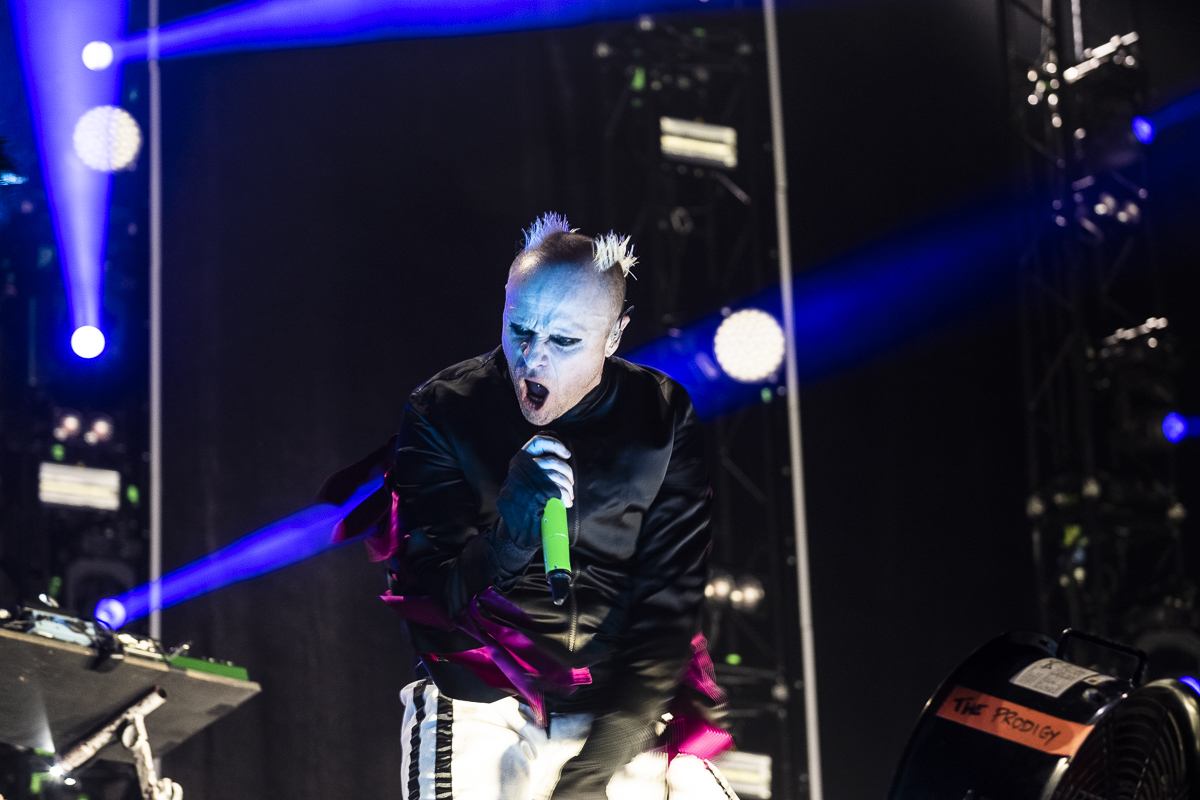 The Prodigy in Liverpool

Simply put, you don’t go around the United States acting like some sort of pierced and painted representation of Satan himself without one or two airport officials embracing the opportunity to invite you into a ‘private area’ for a few minutes. He just laughed it off.

Keith Flint was a true innovator, he created this alternative presence for himself, the leader, the catalyst and the absolute fire starter, he was a natural front man, born to do what he did.

Which of us can truly see Keith Flint doing anything else with his life? And who could imagine The Prodigy without Keith?

He was an absolute gentleman, and I’ll be forever grateful of the opportunity to spend some time in his company, to watch him perform, to learn from what he did and to have had him shine some of his blinding, burning light into my life for those three weeks in America.

Editor’s comment: In an age of over saturation and a deluge of the senses, it’s hard to contextualise just how shocking The Prodigy were as a band. Not just once. But several times during their various incarnations. Remembering their early rave singles on XL Recordings it wasn’t the horror-pantomime theatrics which gripped during their latter days – it was the music; they were an almost faceless band with the piercing electronic pop of ecstasy-fueled tracks like Charlie and Everybody in the Place marking them, and Liam Howlett in particular, as a genuine force of sound. Yet it wasn’t until No Good Start the Dance that Keith Flint – the gang’s backing dancer began to emerge as a true front man and focal point – the video showing the band demolishing the insides of derelict house with Keith leading the destruction.

However, it was Firestarter and colossal third album Fat of the Land where Keith made his indelible mark. He was disgustingly anarchic and vital. His spittle-fueled vocal pushed to the fore and with his devil-hawked hair he quickly became *the* face for alternative rave culture going mainstream. Keith’s energy and volatile nature empowered fans and while having the maniacal impression to shock & energise the masses – he had it.

Fans adored him, the music press were terrified of him, the mainstream press tried to ban him. He was everything pop music should be – uniting outsiders while sending tremours through the commercial norm. I was lucky to see The Prodigy live, and they – and Keith – were one of the most batshit ridiculous titanic forces I’ve ever witnessed. They shook an entire room front to back, and Keith was the band’s heart pumping everyone to new levels of high. Rest in peace. 💙 – Peter Guy