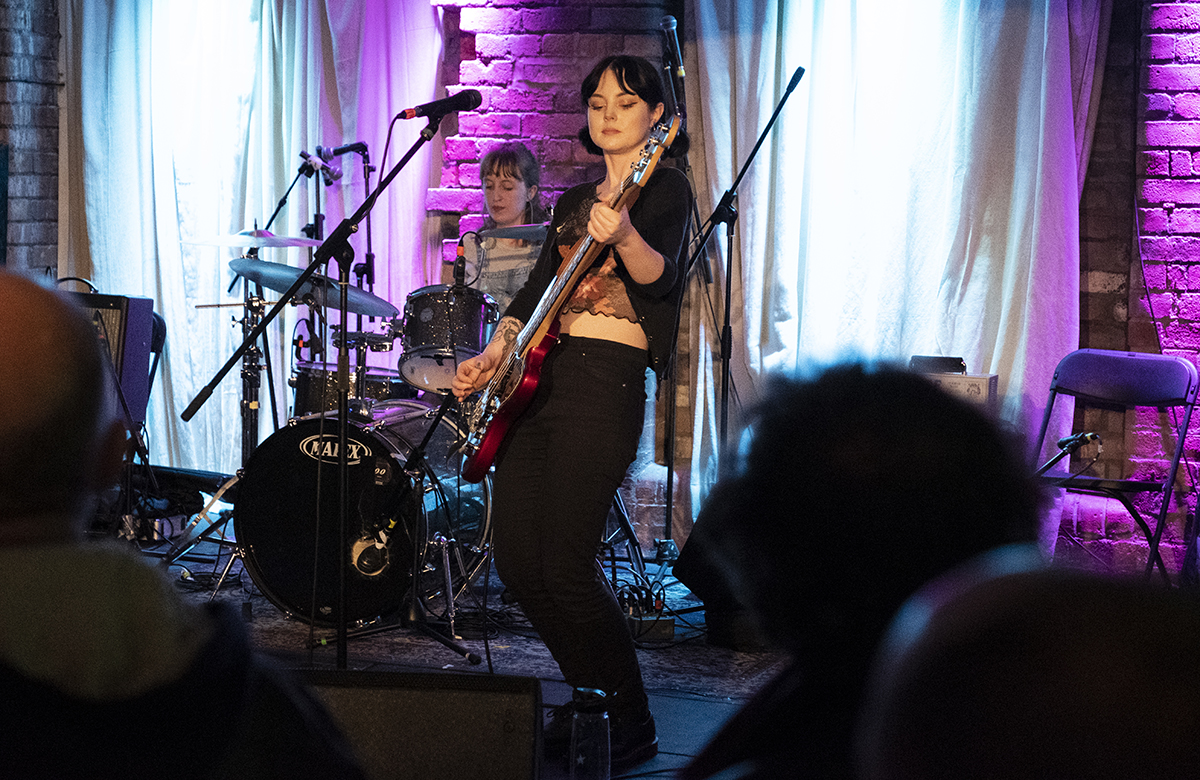 Peaness closed out the 6 Music Festival Fringe in fine style on Sunday evening for those who were still standing after a jam packed weekend, Getintothis’ Peter Goodbody made it across the line.

It’s a decent, if somewhat eclectic line up.

We’re big fans of Peaness. We’re happy to see RongoRongo back on stage and we’re hoping Yammerer will play for a bit longer than the 4 minutes they survived at Threshold. Seatbelts, too are a Getintothis fave.

Billed as the BBC 6 Music Fringe closing party, this free gig promises much, even for a chilly Sunday, or as Mick from Rongo describes it as “Fucking Sunday, innit”. Indeed, he’s not the only one. Quite a few of us were out late last night only to have the effect hammered even harder by the clocks going forward an hour. That certainly didn’t help.

Never mind, we’re here, in body at least. One last push and we’ll be fine. “Hair of the dog, anyone?” Ta. Feeling better already.

The 4 minute mark arrives and Yammerer are still on stage, so that at least is a win. (If you haven’t seen the reference, the band were kicked off stage at Threshold on Saturday after one song, for a perceived transgression that was not entirely clear). Be thankful for what we have.

It’s urgent, energetic psych à la Birthday Party meets The Fall. The guitars squeal in agony as the vocals get barked at the, admittedly not entirely full, Phase One. But the ones who are here are already seeing something special.

We get all sorts of references from Yammerer – David Bowie, Marc Bolan, Nick Cave. It’s a crazy mash up of all things good and glam. There’s a five minute belter – sorry, guys, we don’t know the name – to round off the set and a thanks to the sound guy for “being a normal person“.

RongoRongo have been written about many times in these pages and we’ve run out of fingers on which to count how many times we’ve seen them, but somehow tonight they sound different. It feels tighter and more polished. A cleaner sound. Mick still prowls the stage like dementor and his haunting vocals give this band a sound unlike any other.

He does his usual thing of wandering into the audience later in the set, just because he can. But the impression we get is this is a rejuvenated RongoRongo and one that should get a wider audience.

Seatbelts are feel good pop, really. We don’t damn them with faint praise by saying that. Quite the opposite. It’s got the Phase One crowd grabbed and their Talking Heads style bounce is clever and articulate.

But then they send us a curve ball. “This song is about capitalism and the perpetuation of desire”. Probably the darkest number of the set. We like dark.

Never fear, they brighten up later. A cracking set from a band who know how to do it.

Threshold festival, what we learned, picture gallery and the best bits of the weekend

Peaness get stronger and better each time we’ve seen them. Amazingly, as we write this review, the auto correct on our phone changes “Pea” to Peaness. That’s how many times we’ve written that word over the last couple of years. Quiet at the back, please. They’re confident and cocky (sorry). And very very good. The best we’ve seen them.

A cross between Altered Images and The B52s, perhaps, but with more rock attitude. They had drawn in a decent crowd into Phase One and well deserved it was, too.

“This one’s about Brexit. It’s called Breakfast.” Ha! If it wasn’t true, it’d be funny.

The band are owning the stage by towards the end of their set, growing in swagger and style. They are surely ready for a proper tour on a bigger stage by now.

So, while there have been mixed reactions to some of the BBC 6 Music gigs, especially the manner in which it was parachuted in with little regard for what was already lined up in the city, this Fringe closing party was a demonstration of what Liverpool can do on its own without having to have a helping hand from London (or Salford).

We’re just fine on our own, thanks. 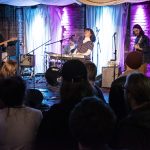 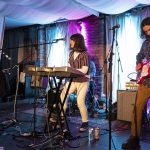 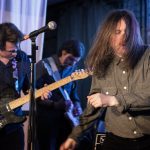 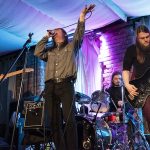 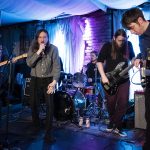 RongoRongo at Phase One 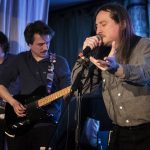 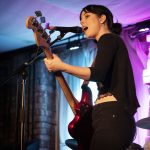 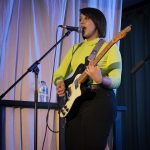 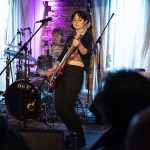 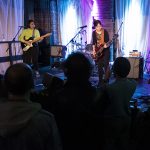 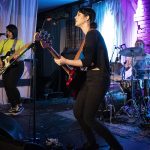 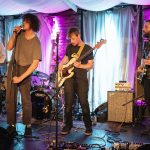 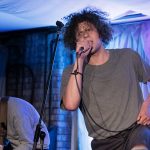 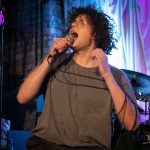 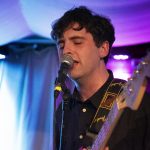