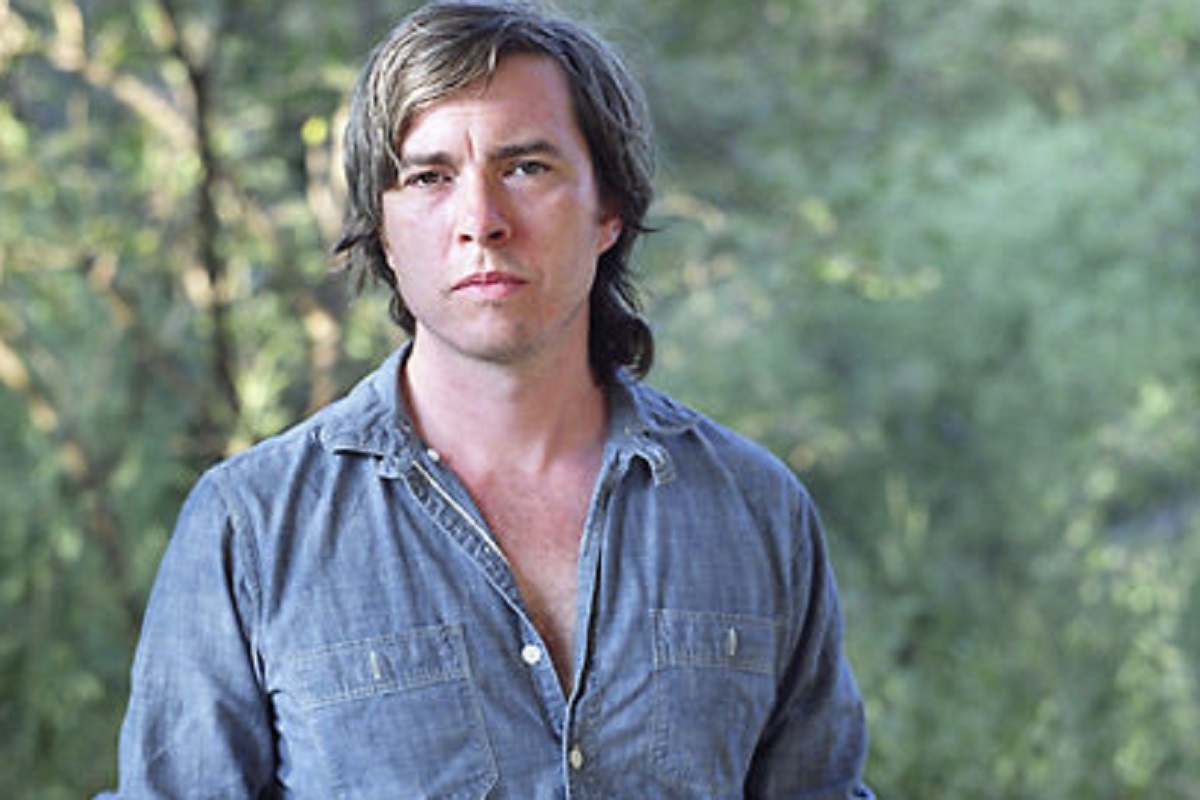 Bill Callahan and Smog have charted a unique course through music, and here Getintothis’ Matthew Loughlin guides us along this strange path.

Bill Callahan stands as one of the most enigmatic, singular figures in music of recent years.

Throughout his years operating as Smog and under his own name, he has forged a path that is essentially his own. Simply put, nobody sounds or writes like Bill (quite literally one would imagine, considering that he physically wrote the lyrics to 2011’s Apocalypse with a quill and inkpot) and to try and do so would only risk embarrassment.

Over the decades he has refined his art and exists in his own world, one that is rewarded by repeated visits. Chances are first encounters with his art are baffling, or are met with puzzlement – one would be forgiven for thinking “is this it?!” to some of his more sparse offerings.

Yet, given time and fertile ground, these songs quickly grow and blossom into magnificent fruit-bearing orchards, rich and ripe for picking.

Some might take umbrage with the lack of Smog albums in the below selections, but like any idiosyncratic artist, he is bound to divide. So, without further ado… 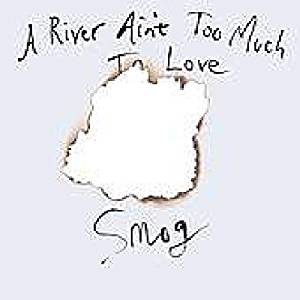 Smog:A River Ain’t Too Much to Love

Much of Callahan’s early work, under the moniker Smog was a myriad of minimalism, abstraction and lo-fi slowcore, with a smattering of noise, bleak humour and the occasional earworm.

On reflection however, it is now evident that through each release, Callahan was glacially moving towards A River Ain’t Too Much to Love.

Gradually as the, well, smog, lifted it slowly revealed the wry, earthy master of Americana we now all know was lurking below. On A River Ain’t Too Much to Love, gone are the impenetrable, almost juvenile works that at times derailed previous albums and, in their place, stand stark, powerful, pastoral mini-masterpieces.

Songs like Rock Bottom Riser, Palimpsest and I’m New Here (later covered as the title track for Gil Scott-Heron’s final album) are sparse and deeply moving, even if at times it’s quite unclear as to exactly why.

Elsewhere, the more colourful offerings of The Well and I Feel Like the Mother of the World prevent things from becoming macabre (the two hoots, a ‘hello‘ and a ‘fuck all y’all‘ from The Well rarely fail to raise a smile) and set the blueprint for a post-Smog world. 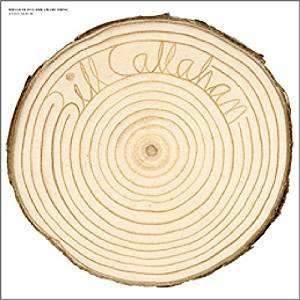 A live album that is Smog in all but name, with only one track drawn from his first solo offering (Diamond Dancer from the not-quite-there-yet Woke on a Whaleheart), Rough Travel for a Rare Thing finds Callahan growing into the songs he had written years ago.

‘Straight down to business’, Callahan urges, kicking off the album and his band duly follows. Stripped back to acoustic guitar, a rhythm section and three fiddles, tracks like Cold-Blooded Old Times from 1999’s Knock Knock and Bathysphere from 1995’s Wild Love are delivered with a much more mature sensibility, that befits the songs perfectly, arguably more so than first time around.

That’s not to say stripped back means quieter, as demonstrated best on Let Me See the Colts, in which the wailing violins resemble the braying of the horses ‘that will run next year’ and cymbals crash like waves landing on the shore; it’s stunning.

At the heart of proceedings, naturally, is Callahan’s voice. Like a well-aged whisky, deep in tone and full of subtleties, his baritone vocals range from the solemn and profound to the manic and humorous, often within the same song.

There can’t be many live albums that could serve as a starting point to an artist’s repertoire, but you’d find worse places to start than here. 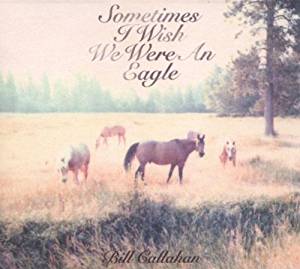 Bill Callahan:Sometimes I Wish We Were an Eagle

There is an article to be written (if it already hasn’t) detailing instances in which an artist gains access to a grand studio, more instruments than they can play and more time than they can fill, only to lose in the process what it is that made them so exciting in the first place.

Not so with Bill Callahan. On Sometimes I Wish We Were an Eagle, the Callahan of A River Ain’t Too Much to Love surrounds himself with cellos, violins, French horns and pump organs (plus more besides), creating a lush, organic opus that never sounds overblown or half-realised.

Songs such as Rococo Zephyr and Too Many Birds find Callahan in countrified observer mode, detailing the plights of blackbirds, rippling water and tender willow trees, while the more urgent All Thoughts are Prey to Some Beast and surreal Eid Ma Clack Shaw add edges to the album that prevent it from sliding into the beige.

It is an album, that, despite its scope and delivery, remains essentially Callahan, as typified by the jaw-dropping closer Faith/Void; a 9-minute plus song that largely revolves around the mantra ‘it’s time to put God away.’

In lesser hands, this is a desperately dull offering; here however, it’s a masterpiece. Essential. 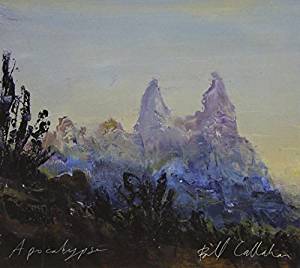 Following Sometimes I Wish We Were an Eagle, it would have been easy for Callahan, clearly onto a winning formula, to repeat himself. Instead, here he strips away the opulent orchestration of his previous album and digs into the dirt.

Opening with Drover, based around a pulsating, barely-there drum beat, Callahan sets the scene; the wild, wild country. ‘It breaks a strong, strong mind’, we’re warned, but Callahan justifies this by explaining ‘anything less makes me feel like I’m wasting my time.’

Apocalypse is a much less immediate album than its predecessor, but one that more than rewards repeated listening. The addition of Matt Kinsey on guitar is an inspired choice, with his untamed, primal playing the ideal match for the songs of wandering across dry plains, cutting clearings in overgrown gardens and lands in which the ‘lucky suckle teat’ while ‘others chaw pig knuckle meat’.

In America! we might also have the most Bill Callahan-esque song to date – is he singing in praise of his home country or is it a biting satire? What the hell is he playing on guitar? Is this song even finished? The answer to all three questions would be it simply doesn’t matter, it’s fantastic. 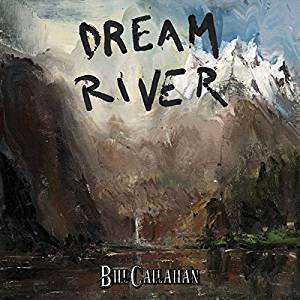 2013’s Dream River is a hypnagogic, nocturnal work that seems to exist on the edge of sleep. Not in a ‘so boring, you nod off’ sense, but rather, it is fluid and at times hard to get a solid grasp on.

As with dreams, just when things are languid and soothing (Small Plane; The Sing), chaos explodes before vanishing again, leaving you wondering if it ever really happened at all (Summer Painter; Seagull). The tones are shimmering and distant, sounding exactly like the title Dream River/Have Fun with God suggests.

‘I wonder if I’ll ever wake up – I mean really wake up’ he ponders at one point, and his next release, 2014’s Have Fun with God, revealed that rather than wake up, Callahan’s next move was to dive deeper into sleep.

Dinosaur Jr. – J, Lou, Murph and a reappraisal of the band’s back catalogue

In a move practically nobody expected, Have Fun with God is a dub version of Dream River. Yep, dub.

On its own, it might make for a fairly interesting listen, but paired with its counterpart, it is a fascinating portrait of the ghost of a river. It’s a proper dub album, rather than a ‘remix’ album.

At times it sounds like it was completed in the fashion of a 1970’s Jamaican dub album, with vocals jutting in and out at unexpected moments, not quite revealing the full line, hinting at what was there once, in another dream. Intricate instrumentation rises to the surface before sinking back into silence – already eerie, ethereal textures are that bit more eerie and ethereal.

Well, judging by past records, that’s anyone’s guess. With any luck, the man practices what he preaches on the last track Winter Road  – ‘I have learned, when things are beautiful, to just keep on.’