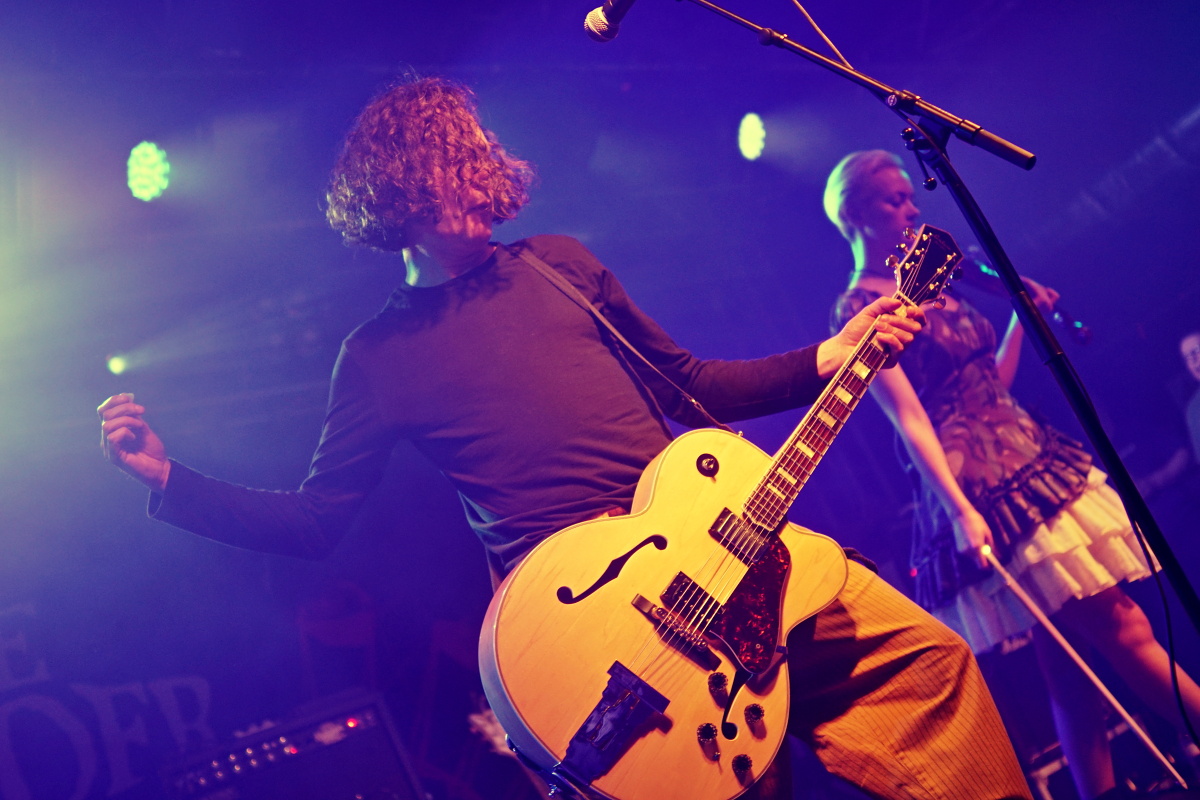 With the 2019 incarnation of the ‘Love From Stourbridge’ tour in full swing, Getintothis’ Steven Doherty chooses the Black Country’s finest moments.

1990 brought us Madchester and the tail-end of the Acid House phenomenon, 1994 saw US Grunge take over (thankfully only briefly) and Britpop saw us through from then until the end of the decade.

Well that largely depends which side of history you are on. If you believe the music press, both at the time and ever since, with their 100 Best Albums of the 90’s sections mostly leaving out these bands and this era, it’s easy to believe there was some sort of musical slump.

Although if you were to ask the youth of this period, you would find that this couldn’t be further from the truth, an absolute abundance of tremendous, noisy, uplifting material.

There was in fact a genre, which should by now be called “The Scene That Has Somehow Been Erased From History” (or perhaps something a bit catchier).

Featuring such big hitters as Levellers, Carter USM, The Wedding Present, Jesus Jones and EMF, it was a joyous, uplifting time, where indie, pop and dance were not afraid to draw on each other and see what happened. 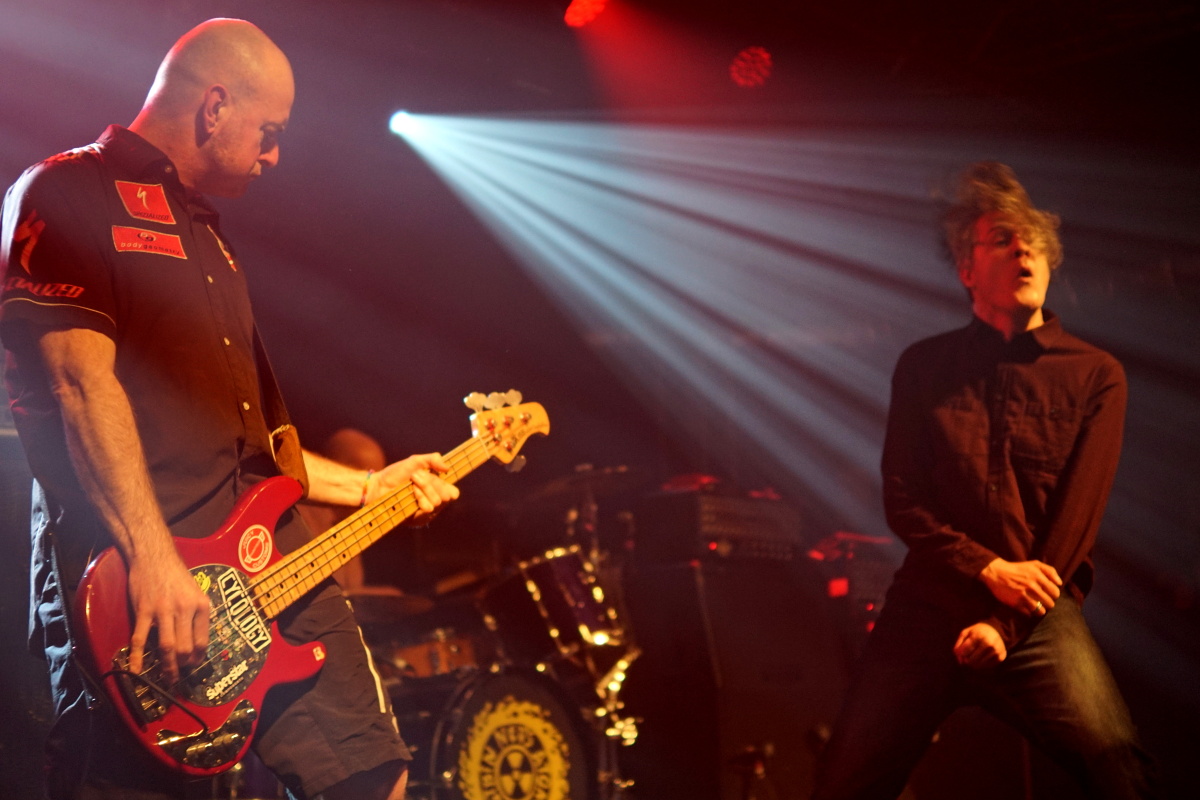 Arguably, the Holy Trinity of this forgotten Golden Age were a triumvirate of bands all hailing from the same unfashionable part of the Midlands.

You had Ned’s Atomic Dustbin, all bassists and baggy shorts, rumoured throughout their career to have sold more t-shirts than actual records.

Pop Will Eat Itself, credible enough to support Beastie Boys and Run DMC, ahead of their time through their use of samples, the only band to ever play Top Of The Pops whilst simultaneously in the Top 10 Singles Chart and unsigned (they had just been inexplicably dropped by their record label).

And then there was the true masters, the Brummie indie-fiddly-jangly-guitared-long-haired maestros of their craft, The Wonder Stuff.

Headlining arenas and selling out football stadiums (long before indie bands could usually do that sort of thing), they had a number 1 single, knocking U2 off the top of the charts. They even made a movie. They were massive.

Not that you’d know this now, all that forgotten due to emergence of bands full of posher girls and boys who looked smarter in photographs and didn’t have such regional accents.

After last year’s successful tour, the three bands are back touring this year with a slight twist on the line-up (Ned’s and PWEI play full sets, The Wonder Stuff’s Miles Hunt plays an acoustic set and DJ’s between bands), so what better time to re-evaluate (or indeed discover) the Stourbridge scene with a top 10.

One of the great ‘Album 1, Side 1, Track 1’ (now that should be a Top 10 in itself), taken from the band’s debut The Eight-Legged Groove Machine, the only record they made that was straightforward guitar pop before the fiddles came in. It’s chocker full of 2/3 minute indie bangers, of which this is the absolute highlight.

One of the great live moments of this era that Getintothis’ was lucky enough to witness was at Chester’s Northgate Arena (they called it an arena, it was more of a glorified sports centre) watching half the crowd on each other’s shoulders snaking their way through the other half whilst the Ned’s sound-tracked it with this.

8. Dance Of The Mad: Pop Will Eat Itself.

Somewhat of an unexpected shock upon release, this was a country mile away from their Grebo beginnings. More straightforward dance than they’d come up with previously, the parent album that it came from, The Pop Will Eat Itself Cure For Sanity, was panned on release due to it’s schizophrenic nature. It was in parts potential anthems such as this, paired with more morose, thoughtful songs, not something they were known for.

Unbelievably, never a single, even though this is the pure distillation of the sound of their second (and arguably finest) album Hup. All violins and guitars, it sounds as fresh today as it did on release, some 30 long years ago.

A short, sharp shock of a single, this was also the first track on their debut album God Fodder. Still an indie club floor-filler to this day, this was most people’s introduction to the shredded guitar noise that would run through the whole album.

5. Wise Up! Sucker: Pop Will Eat Itself

Just missing out on being their second top 40 hit by just one place, this heavy megaphoned-vocal is still a live staple to this day. Taken from one of their more critically-acclaimed albums, 1989’s This Is The Day…This Is The Hour…This Is This! (which the band are playing in full on this upcoming tour), it’s call and response chorus deserved much more of a wider hearing.

Their first dabble into the world away from basic jangly pop tunes, this was the standalone single they released between albums two and three, and was seen at the time as a massive departure from the punkish snottiness of their first two albums. A big fans favourite and a regular in both the full band shows and Hunt’s acoustic solo outings.

3. Until You Find Out:  Ned’s Atomic Dustbin

This track pre-dates the first album as one of their earliest singles and showcases the catchy, stompy choruses and grand shredding two-pronged bass attack that they would become synonymous with. Their finest work.

2. Def.Con.One: Pop Will Eat Itself

Showing off again their dancier side, this time laden with samples and an anti-US government sentiment that was as prevalent then as it is now. Another floor-filler in a top 10 full of them, the song itself as aged far better than some of the looks in this video.

1. Here Comes Everyone: The Wonder Stuff

If Getintothis could go back in time to anywhere during this era, it would be as an audience member at the Feile Festival in Ireland where the footage in the below was filmed for the band’s 1992 ‘rockumentary’ Welcome To The Cheap Seats. The absolute joy in their faces. A band at the absolute peak of their powers. The track itself may have a somewhat bleak message, but the blissful fiddle/guitar combo, just timeless.