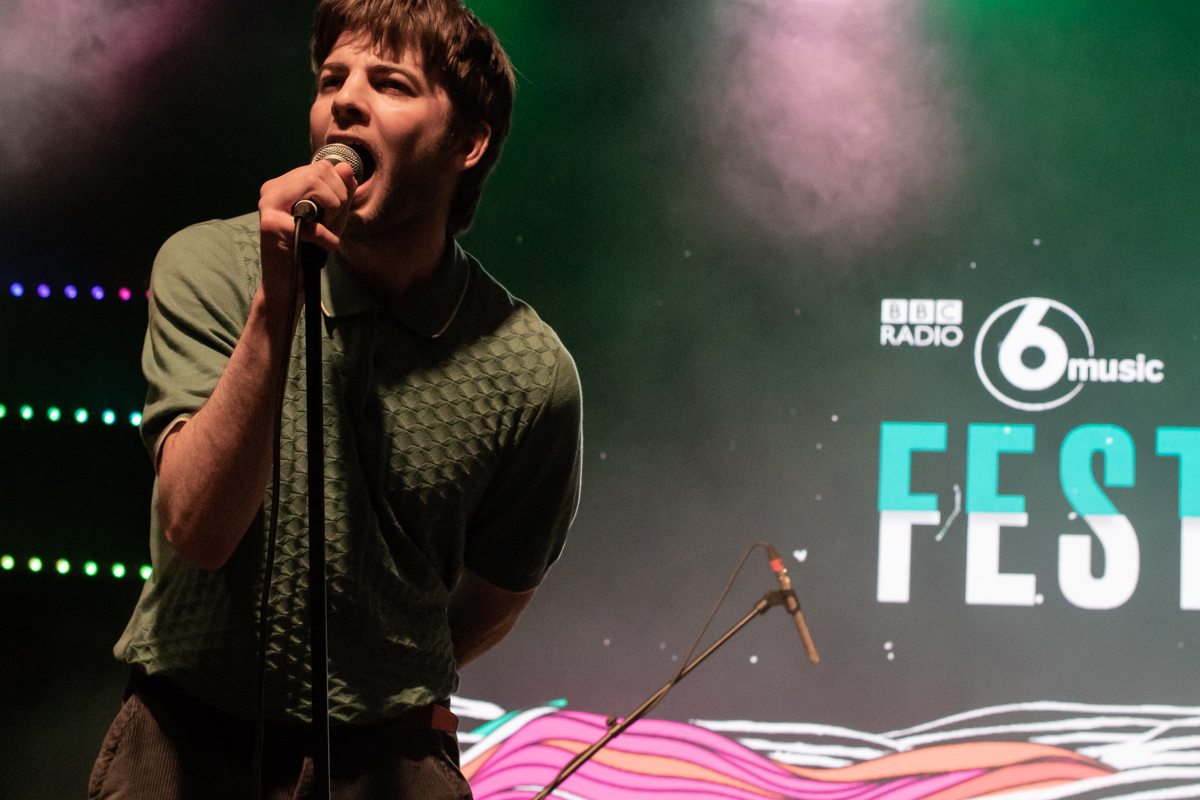 Fontaines D.C brought their album of the year contender Dogrel to a sold out Gorilla, Getintothis’ Steven Doherty was there to see if they live up to the current hype.

Getintothis is not prone to blowing it’s own trumpet, but as discovering new music is our raison d’etre, then we are delighted that one of the bands we have been with from the very start are potentially on the cusp of something huge.

Almost 12 months ago now, we first saw Fontaines D.C play in what can only be described as a disused market stall at Sound City to a handful of people.

Yet it was so loud and intense, they played it as if their lives depended on it.

Via a sold-out gig at Manchester’s Night People back in December, and whilst starting to attract the masses’ attention at Liverpool’s 6 Music Festival last month, whichever stage they have graced since, they have never looked out of place or overawed. The venue has always seemed to small for them.

And now it gladdens the heart that the nation has caught up. The pre-gig chatter tonight is all about the mind-blowingly positive across the board reviews that their debut album Dogrel has received this week (including, most importantly, the esteemed album of the Month slot on Getintothis). There’s even talk of it being in the Top 10 in the Album Charts (it eventually goes in at number 9).

Gigs are often said to have one, but there really is a palpable air of anticipation on this Saturday night in Gorilla, it is a tangible feeling of catching a band just at the right time.

This feeling helps Just Mustard, who take to the stage in what is now an almost full venue.

Racing through tracks from last year’s debut album Wednesday, their atmospheric brand of howling indie makes for quite the starter to the upcoming main course.

More noise and less melodious, it’s quite the eye-opener live, much harsher than the record suggests. They look slightly overwhelmed by the rapturous reaction, the music would suggest they will have to get used to that.

At 9.15pm sharp, the lights go down, Fontaines D.C appear, and after a quick tune-up, and with singer Grian Chatten commencing a prowl of the stage that won’t stop until they leave again, like a zoo animal that has been put in too small a cage, they launch into Hurricane Laughter.

Other, lesser bands would be wary of throwing away their best tune first song in, but as the night progresses the set-list becomes increasingly irrelevant. There are no fillers here, no bad songs, no wasted notes, so it doesn’t matter when they are played as long as they are played.

There’s no banter, no audience interaction, these songs are too important for this. The urgency with which the band have to get them out there, too great.

For those of us old enough to remember when each song on an album, Oasis’ Definitely Maybe being a great example, each song felt like it’s own individual entity as well as making up the bigger record. We get the whole of Dogrel tonight and at times it feels like an anniversary show, celebrating 10 or 20 years since it’s release, such is the passion that each word is uttered by both band and crowd alike.

The crowd go absolutely nuts for Too Real, mosh-pits form for Liberty Belle and Chequeless Reckless and there are arms around shoulders and scarves in the air for Dublin City Sky.

The poetry of the writing and the message contained within, plus the fact they seem to have not conceded one inch in trying to modify themselves, their accents, their music in order to become more radio friendly or accessible seemed to make them even more beloved.

They end with Boys In The Better Land (which is played at such a speed it resembles The Wedding Present) and recent single Big. Then they are gone, leaving behind 900 glowing hearts and a perfect 45 minutes.

We’ll be there in November when the venues are upgraded again (this time it will be the three times bigger Ritz), and we’ll be there when they fly even further into the stratosphere, in search of somewhere where they can’t outgrow.