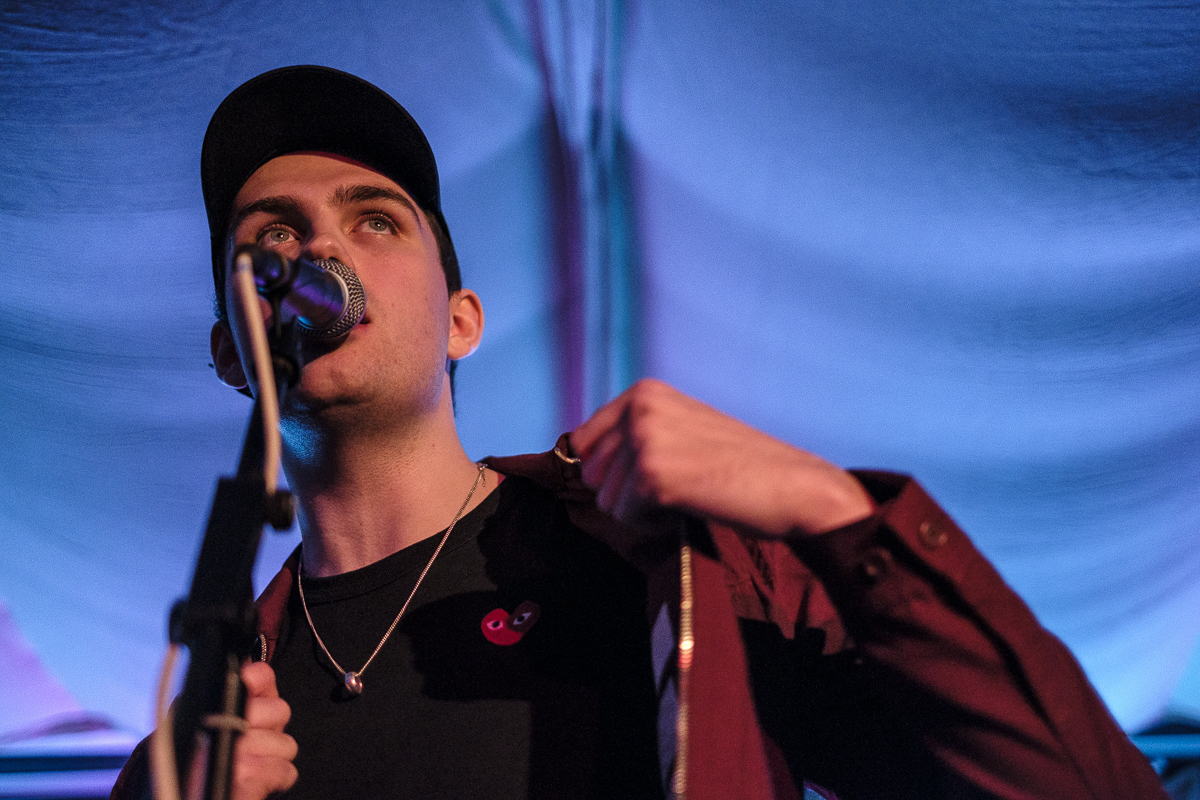 There is a lot for Paris Youth Foundation to be excited about, with things getting bigger and better for the five-piece.

“We’ve had a quiet few months,” says vocalist Kevin Potter. “We did our EP at Parr Street studios and we’ve got about 20 dates where we will be playing the tracks live for the first time.”

The Nights Are For Thinking of You, which is due for release soon, was produced by Rich Turvey who has previously worked with the likes of Blossoms and Clean Cut Kid.

“It was a massive deal for us, we loved it and can’t wait to get back and do some more.”

With three of the four tracks already released as singles, Potter says the response to them has been ‘boss.’

“The big thing for us is Spotify, if they back us then it helps our songs. Being on some playlists is where we need to be every time, especially ones like New Music Friday which has like half a million followers, so it’s the best kind of scenario.”

Potter hopes that the new crop of tracks has taken a step up from their previous releases.

“I hope they’re better songs, I don’t think I’ve changed the way I write, nothing drastic has changed, maybe we’re a bit better at what we do. I hope we’ve improved and that fans can tell that.”

The song writing process for the band begins in Potter’s bedroom before taking it to rest of the five-piece, comprising of Jamie Hives (guitar), Tom Morris Jones (guitar), Paul Bates (bass) and Jonny Alderton (drums).

“I will play the boys a song that I record with the progressions and lyrics, and they will say if it’s s**t or not s**t, then they jump on and do their own thing for it to become PYF.”

When putting a track together the band listen to varied different other stuff, as Potter states “we don’t sit at home and think we want to be King of Leon ‘so let’s stick them on.’

“I think everyone has their own favourite band, so we have a lot of influences and that is hopefully why they don’t sound the same.”

The bands current tour will now see them supporting both The Xcerts and Vistas in venues up and down the country, leaving Potter feeling ‘excited’ at the prospect of being on the road.

“When you’ve been stuck in the studio or the band room with these idiots for a few months (I sound like a football player) it’s nice to get back out playing,” he jokes.

There current run of shows includes a return to Liverpool Sound City, where they made a triumphant appearance on the main stage last May.

“Obviously with it being in Liverpool it doesn’t get too much better, we all grew up going to Sound City. Playing to 1200 on the main stage is a moment you’ve got to enjoy, playing to so many people was amazing for us.”

That wasn’t the only big milestone the band achieved in 2018, as they also got the opportunity to perform at the O2 Academy supporting the Sherlocks in October.

“It was a dream come true to play to so many people in your home town, and playing with a boss band like the Sherlocks, was just an unbelievable experience.”

Following their current dates of shows Potter hopes the band will head back into Parr Street Studios with the aim of getting another single out during the summer.

With a breath-taking hometown gig under their belts and an exciting EP on the horizon, there is plenty going for Paris Youth Foundation.