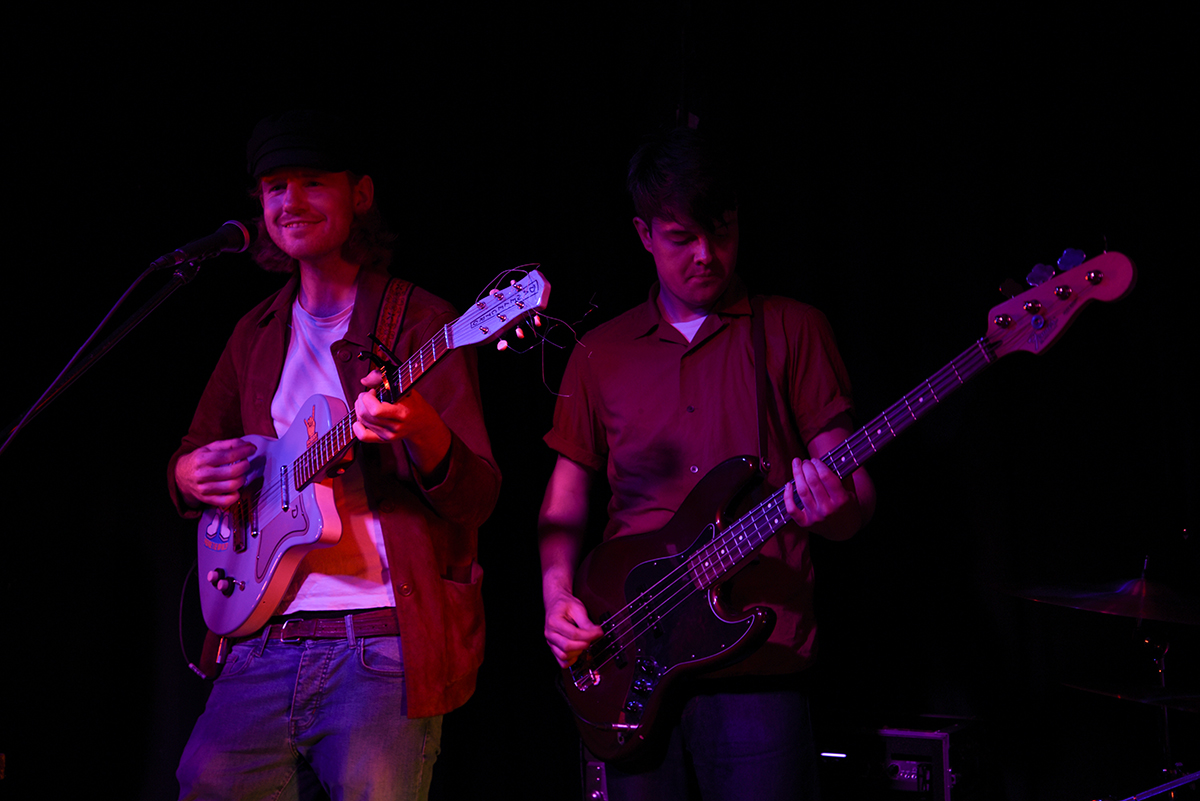 Ali Horn is on fine form for his first solo tour and lands just perfectly in 81 Renshaw as Getintothis’ Peter Goodbody was there for a class line up.

Ali Horn is embarking on his first solo tour, kicking off in Leeds last night and then tonight at 81 Renshaw.

You’ve almost certainly seen him play before as he’s regularly to be found busking on or around Church Street in the city centre. He’s a Liverpool icon and rightly so on the basis of tonight’s display. But let’s not get ahead of ourselves.

If Ali on his own isn’t enough to bring you out on a school night, then the description of the supports should really swing it.

Multi-national Cloud Factories (Iceland, Norway, Luxembourg and now, Liverpool) are, according to Facebook, a mash up of soul, funk, R&B and psych. Sounds cool.

Evil Pink Machine came into being after main man Igor Delgado Martin injured his elbow to such an extent he could no longer play guitar. So he turned to keyboards instead to create his own brand of lo-fi psych electronica (thanks again, Facebook). These wandering troubadours have also been around a bit (Bilbao and London) before also claiming Liverpool as home.

Having seen Ali play lots of times both with Strange Collective and on his own, most recently at Sound City a couple of weeks ago, we have a good enough idea as to what to expect from him. The other two, however are new to us and they sound intriguing from what we read about them beforehand.

It all looks quite promising.

“We’re called Evil Pink Machine. Look, there’s proof over there on the keyboards. It has our name on it”. 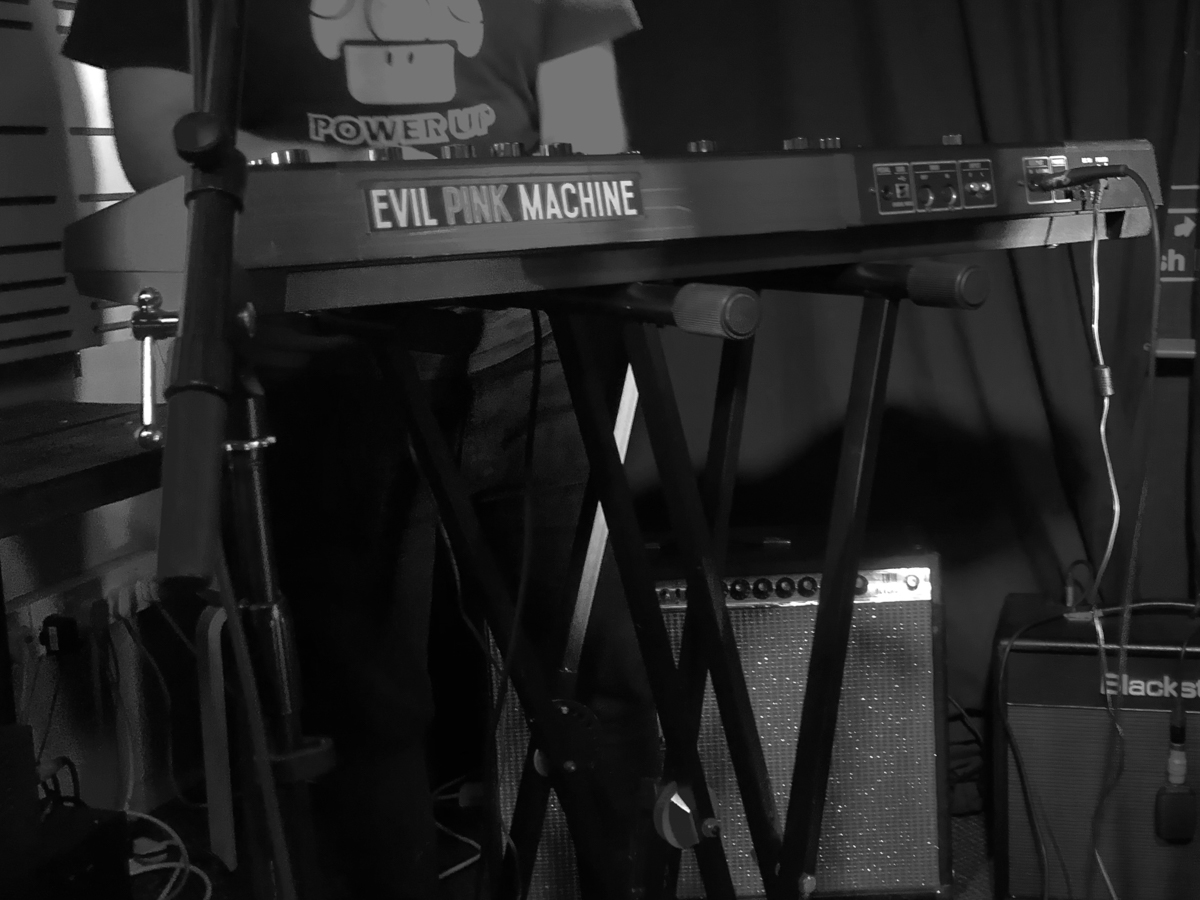 And what a band. Seriously, we have rarely seen an opener this good. Not sure about the lo-fi bit to start with. These are tight, well structured bass heavy tunes that evoke a kind of 70s American psych made up of imaginary film soundtracks, complete with Baker Street style saxophone in places.

“We’re gonna play some synth pop for you. That’s pop played with synths”. So it is, but they can’t lose the bass. It’s proper New York style Studio 54 vibe. The band mix it up with a slowish ballad and then a proper rock out with Other Side of the Sun.

“We’re not really evil”, the band implores as they announce the last track of the set. The guitar and bass duel. The keyboards get into proper Rainbow or Deep Purple territory and after less than half an hour EPM have made their point in the most emphatic fashion. You will be hearing more about this lot, there can be little doubt.

Cloud Factories live up to their billing, too. EPM are a tough act to follow and this lot are making a decent job of it. It’s a more laid back, chilled, vibe than we had earlier. But it’s dispatched with skill and enthusiasm. Although there is a disappointing and intrusive chatter from the back of the room at times during the set.

On a more positive note it’s good to see EPM stick around to watch the set.

Sometimes we hear of political or personal issues playing out in the Liverpool music scene as a negative force, but not tonight. Cloud Factories finish off with a couple of delicious funk numbers, with Baby Back to Mine being a tune that could have been written by Nile Rodgers. We kid you not – it’s right up there.

A Stage View – when photographers shoot the crowd

The last time we saw Ali, it was him on his own and an acoustic guitar.

Tonight he’s electric with a full band and he has a massive grin on his face as he opens up the set. Immediately there’s a richness to the sound as the guitars and synths swirl around the room in a kind of foil to Ali’s heavily reverbed vocals.

If the word of the night was psych, even not entirely justified for the supports, Ali is absolutely making up for it. Inevitably, after a couple of songs, he calls for people to move forward in the room: “Let’s get some vibes going”. Happily, that works and, it’s true, the vibe does seem to have ramped up a notch.

It’s clear Ali Horn is at home in this environment, but he’s not taking it easy. There is maximum effort going on here and 81 Renshaw appreciates that.

The huge grin hardly leaves is face all night, though. Whatever Happened to the Dreamers sees him doing his best Paul Simonon (London Calling cover) impression, legs apart and guitar held aloft into the air, save he doesn’t try to destroy it. It’s terrific stuff.

In a punk style, Ali tells us the next song only has one chord in it. “If you think you can’t do it, then just learn the one chord and get on. This one’s a jazz song because it has three or four chords”.

No matter how many chords we heard tonight this was just class. Long may Ali continue to be a Liverpool icon, because that status is richly deserved. 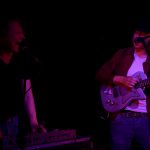 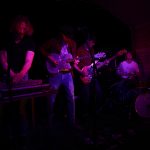 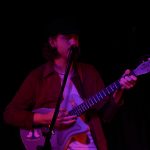 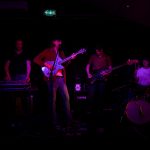 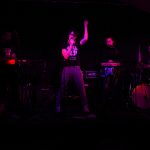 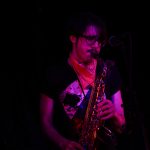 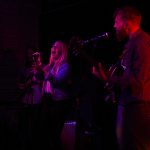 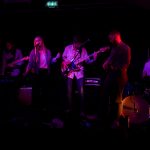 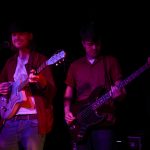 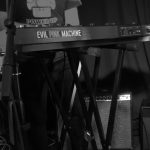