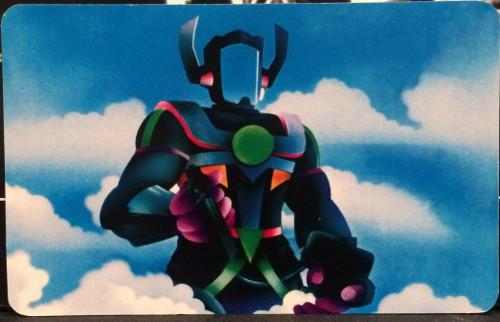 Experimental Cologne legends knock up 50 years since their debut release, Getintothis’ Jono Podmore looks back on five decades of Can.

When in the 80’s, well after the band had split, Can manager Hildegard Schmidt bought back the master rights to the band’s back catalogue, she vowed that she would make Can “a classic band”.

Owning the rights meant that she was able to re-release and repackage the band’s output however she wanted, as long as she could find backers.

She had been largely responsible for the commercial success of the band when it was a living entity, and since its demise proceeded to succeed (with the help of Mute and Warners) in magnifying their legacy into the “classic band” that we see today. No mean feat.

I’ve worked with Hildegard, her husband keyboard player Irmin, and all the Can members since 1997, watching and participating in the creation of the myth.

One of the side effects of Hildegard‘s efforts is that the accepted history of the band has also fallen under her control.

Both consciously and simply out of convenience, the interviewers and researchers are lead to Irmin, who is always willing to share tales of his genius with the world, culminating in his Can Kiosk addition to Rob Young‘s history of Can, All Gates Open.

And now since the deaths of Jaki and bass player/producer Holger Czukay, Irmin‘s is the only voice left of the core members.

So although Can‘s oeuvre has been mulled over long and hard, and plenty of books have been written on the history of the band that cover this formative period, the understanding of the significance of Monster Movie is often lost, because attention is focused elsewhere.

Monster Movie is not a keyboard player’s album. It’s not about harmony, or solos or melody or quasi-orchestral flourishes. Its strength lies in everything that bourgeois European concert hall Kultur simply can’t grasp.

Between the pounding percussive precision, rhythmic spoken vocal, drones and loops, Monster Movie is the blueprint for hip-hop.

Unsurprisingly it was Hildegard that introduced African-American Malcolm Mooney to the Can collective when they were experimenting at Schloß Norwenich, their rehearsal and recording space before they moved into the studio in Weilerswist.

Although he was no singer, Malcolm gravitated to the mic and began to repeat fragments of spoken phrases. This created a rhythmic feedback loop between him and drummer Jaki Liebezeit, which clearly left the rest of the band standing.

Malcolm‘s repetitive use of his voice as a source of rhythm gave Jaki the opportunity to “play monotonous” which he’d been itching to do since a personal epiphany he’d had on his return to Cologne from Barcelona.

A guy came to me and said: “you must play monotonous.” He said it with a voice and an expression so I was quite impressed. I don’t know if he was a kind of freak. Maybe he had taken an LSD trip or something. He was completely… strange.

I started thinking about it, to play monotonous – what did he mean, monotonous? So I started to repeat things…

Jaki‘s solid, monotonous looping gave the opportunity for the anxious African-American to express himself (black Americans of his age were being sent to Vietnam in droves at this point).

The more Malcolm played with the rhythm, beating out his own fears, repeating lines like a skipping rhyme until they lost their meaning, the more that Jaki would respond, together creating a narrative.

One of the real privileges for me of working on The Lost Tapes was discovering unreleased pieces from this period: Waiting for the Streetcar and Deadly Doris being fine examples.

Not only are the looping drums, rapping, drones, high bass lines and phat kick drums of hip-hop all in place, another aspect of music yet to come appears.

With electronic drums that stick precisely to one tempo it’s possible for musicians to jam for hours at a time and then later edit their performances.

You can edit out 20 min from a performance based on electronic drums and there is no sudden, jarring change in tempo that makes your edit appear obvious and artificial.

Problem is that you can’t do this with human drummers as they drift in tempo – unless that drummer is Jaki Liebezeit.

Jaki could lock in to a tempo and stay there for hours. Because of this I was able, as the great Holger Czukay was before me, to compose tracks through edits in the way I was used to in electronic music.

Krautrock: finding beauty in the brutalism – a response to David Stubbs’ Future Days

Between Jaki‘s solidity, Malcolm‘s raps, Holger‘s bass and his genius with a razor blade, all that was left for Irmin Schmidt and guitarist Michael (Karoli) was to provide a few drones and a whole new form of composition came into existence.

Tellingly for a band that had just created the groove monster that would trundle on for the next 50 years there are only 4 tracks on Monster Movie. In a period of radio friendly 2-minute hits, the shortest track on this album is over 4 minutes, and the longest is over 20.Father Cannot Yell

Although the first 30 seconds set so much of the character of what is to come over the next 50 years – drones, groove, rap, electronic pulse – the rest of the first 3 minutes are then filled with conventional chord changes and song structure until the band finally settle into a groove and the real journey begins.

Malcolm wordlessly chanting, a pulsing Native American ritual transported to Nordrhein Westfalen, with Jaki gently shifting the emphasis of the beat around him.

Feedback swirls as the beat takes over – Holger almost strumming his Fender Mustang bass. There’s a feeling throughout the album that any traditional song structure is externally imposed and the band are in a hurry to get it over and done with in order to get back to the solid open-ended grooves of their new language.

Mary Mary: Channelling the Californian vibes most fashionable at the time, even this attempt at a ballad breaks down into a chant from about halfway through, again cloaked in strata of Michael Karoli‘s melancholy droning guitar feedback.

This is radically in contrast to the chords and bluesy solos of his contemporaries, although at times you can feel the convention tugging at him. Karoli, who was significantly younger and from a much more comfortable background than Jaki, told me how the master drummer would berate him for playing blues guitar: “There are no cotton fields in Germany!” The blues was the language of another people, developed to tell another story.

Outside My Door: Starting off with English blues-rock guitar chords, harmonica and a 3 chord organ riff, this track is more than just a nod to The Rolling Stones and The Who. Karoli even manages a brief stint in the imaginary cotton fields before hitting the high drones.

But there are other, more interesting flavours here. Malcolm‘s almost mumbled vocal at 1:00 (“Jaki said that”) followed a minute later by a fabulous screaming freak out, the mantra of “Outside my door” in preparation for the Ring Modulated bells of doom to close the track, perhaps as homage to the spiritual guidance of Karlheinz Stockhausen.

In the pattern of Abbey Road and later Future Days, the entirety of side 2 of the original vinyl is dedicated to one track.

Yoo Doo Right: This is the focus of the album – a genuine masterpiece. Over 20 minutes of dynamic control, rhythmic invention and pure drama.

Jaki and Malcolm are locked tight, swapping rhythms between each other, telling an affirmative story in waves of intensity. The rest of the band plays a supporting role.

Jaki hated it when bass players would play on the same beat as his kick drum. When we were remastering these early albums from the original tapes we discovered the workaround.

Jaki‘s bass drum is tuned very low and deep, almost like the hip-hop 808 kick drum, something that is missing from the original releases as the mastering engineers of the time filtered out the low frequencies.

In contrast, Holger‘s bass guitar was driven higher in pitch in order to interfere less with the low frequencies of the kick drum. In this way the bass guitar provides the harmony in the mid-range rather than the real fundamental of the track.

This puts the guitar and organ in an accompanying role: providing the sound world that forms the backdrop to the main action, swimming entirely against the tide of the guitar-centric fashion of the time, and somehow identifying how those roles might be defined in the future.

Malcolm‘s vocal invention is seemingly bottomless. Again the central technique is repetition – chanted phonemes dragged up from the depths of his being. There’s that unmistakable African-American pain in his voice, exorcised with rhythmic healing passed down the generations.

“A drum beat 21 hours a day” and “you must play monotonous” do not mean boring. The dynamic range alone is huge: from a great pulsing triumphant monster echoing the album title at 3’20, to tiny tender whispers from 8:30.

This section is so quiet that in the mastering process we were able to hear the birds singing outside Schloß Norwenich. Listen closely you’ll hear them too. The groove builds up and mutates and mutates, and then eventually fades out, which, even after over 20 min, suggests that the beat goes on forever.

Although Malcolm became too ill to continue with the band and had to return to the States, his input on Monster Movie helped define the roles that created the sound of Can. It’s no surprise that the band are so sampled by hip-hop artists: Kanye West, Mos Def, Kurupt, Q-Tip etc.

The beats and the structure of the music were made to fit with the rhythms of the African-American voice. Even when that voice was gone, the structure remained.

Malcolm Mooney is happily still very much with us but Jaki Liebezeit died in January 2017. In an attempt to preserve his legacy, I’ve edited a book about Jaki‘s life and his highly developed rhythm system which will be available in paperback from January 2020, the launch party for the hardback is set for November 8 this year.