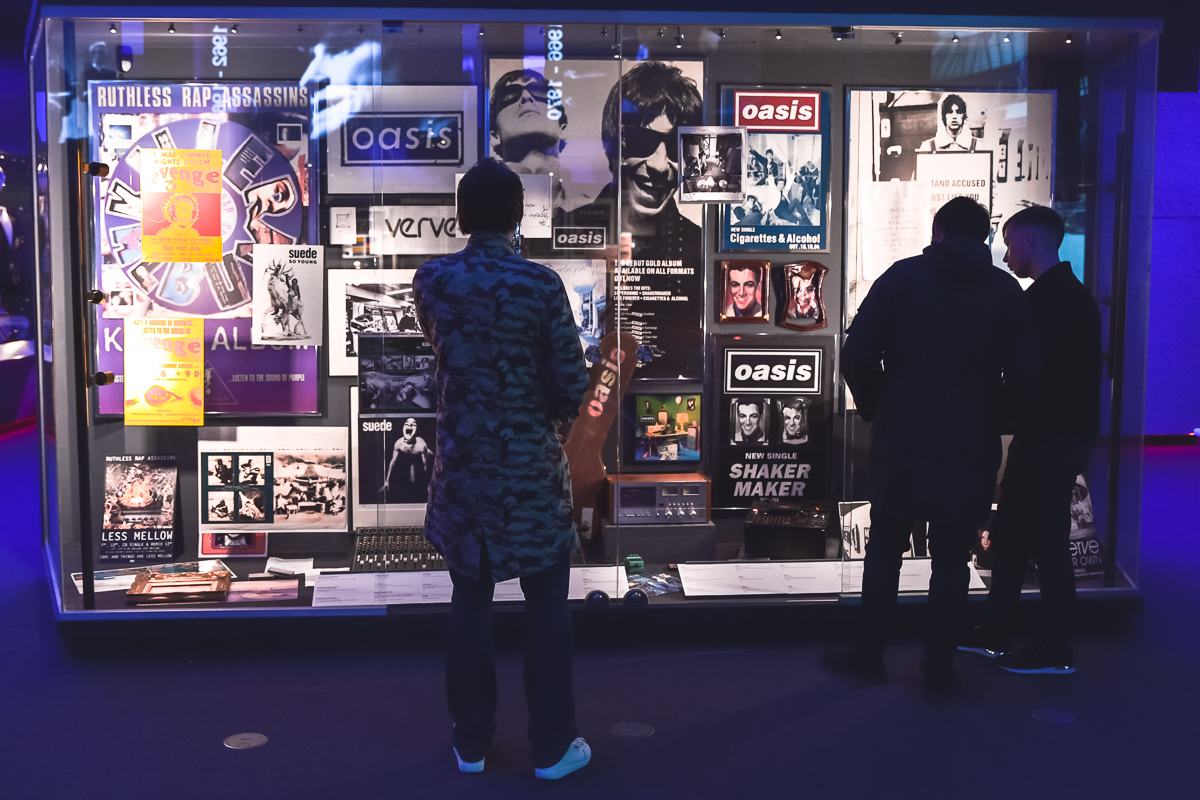 The British Music Experience has a new exhibition showcasing artwork and memorabilia from landmark bands of the 1990s, Getintothis’ Kevin Barrett checks it out.

Cast yourself back to the music scene in the 90’s, the hazy days of Britpop and a plethora of nostalgic memories and visuals springs to mind.

As evocative as any scene you can recall is that of Paul ‘Bonehead’ Arthurs’ living room with Liam Gallagher lying on the floor staring at the ceiling, glass of red wine and ash tray by his side, Noel Gallagher with customary acoustic in hand, and the rest of Oasis watching cult movie classic The Good, the Bad and the Ugly on the TV.

The cover of Oasis‘ Definitely Maybe is iconic of not only an era, nor a genre: its historical significance will be etched in British pop culture for many years to come.

The creators behind this scene are graphic design company Microdot.

Headed up by Brian Cannon, Microdot were synonymous with the creative exploration of many of the great art works, album covers, and memorabilia of the Britpop era.

Microdot became the one of the most sought-after music-related artwork and design teams in the world, with the words Sleeve design by Microdot adorning more than 75 million records worldwide.

Microdot – The 90s Exhibition at the British Music Experience in Liverpool’s Cunard Building is curated by Cannon and reveals many rare and fascinating historical pieces.

Alongside Oasis memorabilia there’s covers and art work for Suede, The Verve, and Super Furry Animals, all of which can also be seen as part of the display, and also available to purchase in print format from the BME store following the exhibition.

Microdot – The 90s shines a spotlight on some of the agency’s work, as well as work-in-progress designs, creations that didn’t make the final cut, as well as a selection of original props used on some of the album sleeves and in videos. This includes the Gibson Flying ‘V’ guitar played by Noel Gallagher for the Oasis video ‘D’You Know What I Mean’.

Liverpool’s Head of UNESCO City of Music, Kevin McManus, said: ‘This exhibition is a real coup for the British Music Experience. Brian Cannon was a key player in the music industry and he worked with a huge number of artists who shaped the 90s music scene.

This is the first time the artwork will be on display alongside a collection of Oasis memorabilia, and some of the exhibits will show that Oasis, a band so intrinsically linked with Manchester, have a number of Liverpool links, which is really fascinating.

It really is a must visit showcase for not only fans of the band, but for music fans in general.’

For this showcase Cannon has collaborated with US-based Brian Garcia who owns the world’s biggest Oasis memorabilia collection.

Some of his items which will be on displayincluding guitars and clothing worn by the band as well as the equipment on which they recorded the originals demos of tracks such as Rock N’ Roll Star and Columbia.

Cannon commented: ‘I’m really excited by the opportunity to put together this unique exhibition which for the first time features a collection of incredible memorabilia, as well as key work from Microdot.

I have always wanted to do something like this in Liverpool, and the British Music Experience is the perfect place for this with its amazing collection of British music artefacts. The team there are all real music enthusiasts and I’ve really enjoyed working with them on this project.’ 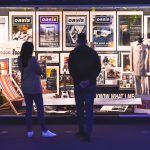 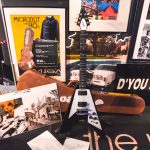 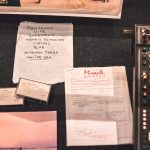 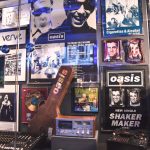 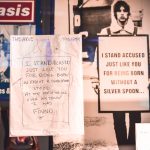 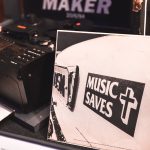 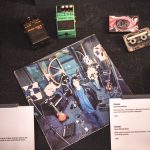 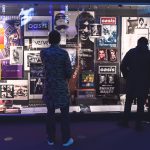 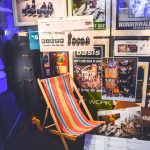 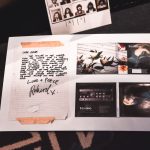 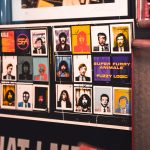 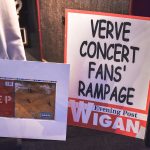 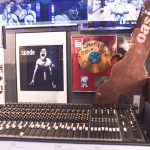 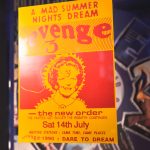 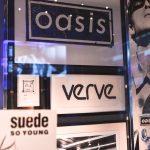 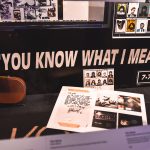 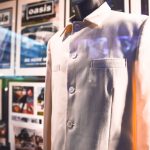 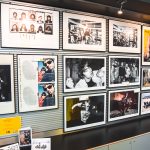 Share. Twitter Facebook Google+ Pinterest LinkedIn Tumblr Email
Previous ArticleWayne Hussey Interview: “It was interesting to me to find out about my own story”
Next Article Lost Liverpool #25: Jimmy Campbell – the greatest songwriter you’ve never heard of?