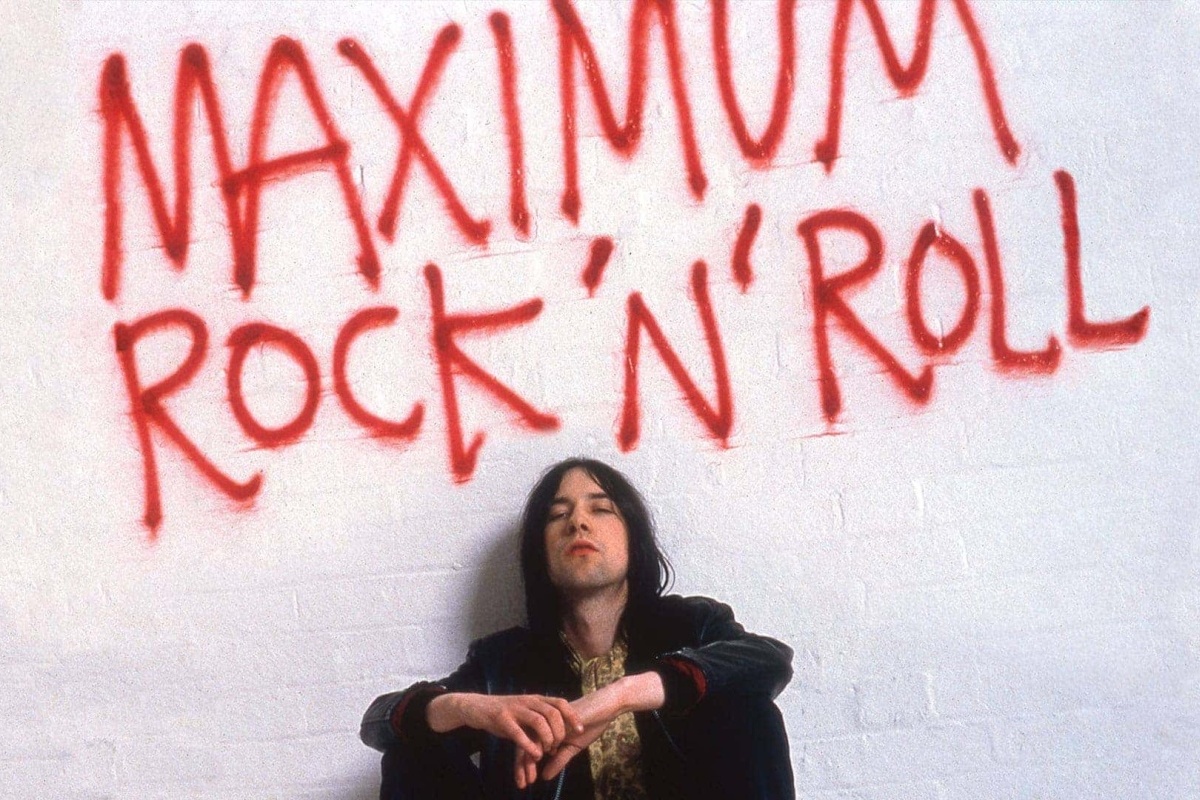 Primal Scream take their Greatest Hits around the country this Autumn. Getintothis’ Steven Doherty reveals all you need to know.

This is the third ‘best of’ album that they’ve released thus far and is a rarity in this day and age, as it contains no new tracks (rumour has it that their record company weren’t too keen on the tracks they presented).

However, the album is their first truly 11 album career spanning document, split into two parts over two CD’s (or 4 vinyl’s if you prefer)

It begins with their formation as a jangly indie pop band formed after Gillespie’s stint in The Jesus And Mary Chain, which saw them vilified critically and without much success chartwise.

That is up until them discovering their dancier side, crystallising perfectly in the early 90’s through the release of Screamadelica, their most mainstream record which brought them an appreciative and much larger audience, who were then to stick with them through the ever changing sounds since then, whichever soulful, rocky or just plain loud direction they’ve gone in.

The first centres on the singles from the early Creation Records years, 1986-2000, from debut Sonic Flower Groove right through their imperial phase, up until their third Top 3 album XTRMNTR.

The second disc concentrates on 2000 onwards, from their first release after signing for Columbia Records, Evil Heat to their last album so far, 2016’s Chaosmosis.

The recently announced dates follow the usual run of summer festivals, which include sets at Latitude and the Edinburgh Summer Sessions as well as Prague’s Metronome Festival and Lisbon’s NOS Alive 2019.

They’ve recently played Primavera and delivered a set which we described as transcendental and a thing of unbridled joy.

Primal Scream at Primavera 2019: one of our nine best bands and artists at Barcelona

The Autumn tour itself starts in Oxford on November 19, ending December 17 at the magnificent Glasgow Barrowlands.

They also include a Liverpool O2 Academy date on Sunday November 24.

Whilst announcing the dates, frontman Bobby Gillespie revealed that the band had recorded a brand new album to be released following tour.

He “won’t say what it sounds like, but we’re very, very excited about it“.

However, he does also say, with regards to whether it will be a straightforward sounding album, “Rock is like Latin, a dying language, old, finished and it really has nothing more to say.”

Whether or not we get to hear anything new on the tour is doubtful, but it promises to be a memorable night whichever part of their long career is your favourite.

Tickets for all the below dates on sale now.