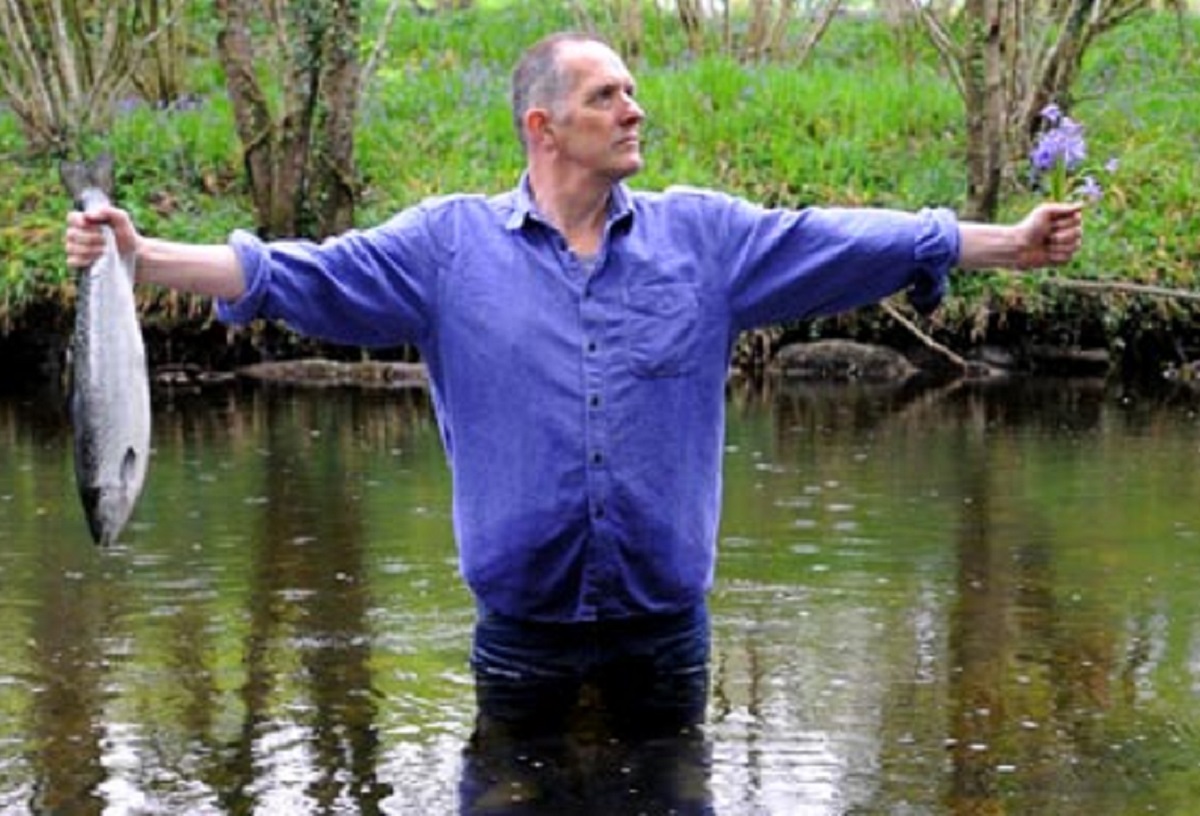 The former KLF star and “interloper into the arts world” returns to Liverpool to pay tribute to a late local music scene legend and Getintothis’ Gary Aster has the lowdown.

Roger Eagle departed this mortal plain more than two decades ago now, but his impact on the Liverpool music scene can still be traced today and is remembered with affection and respect by many above a certain age who recall him.

He was an influential DJ and record collector who “invented Northern Soul” (at least, according to Bill Drummond, though one suspects that’s a contested claim) and later, as a music promoter, brought some of the most vital artists of their times to play in our fair city for their debut appearances, including Sex Pistols, Captain Beefheart, The Clash, David Bowie and many others.

Bill Drummond came into his orbit during his time in Liverpool as an art-student-turned-set-designer and fledgling punk rocker, having chanced upon a copy of Eagle’s self-published, self-produced fanzine The Last Trumpet, which he was immediately impressed by.

Soon after, Drummond became something of a regular at Eric’s, the legendary Liverpool venue at the heart of the city’s punk and post-punk scenes, which was opened and co-managed by Roger Eagle, along with Ken Testi.

It was at Eric’s that Drummond joined his first band, Big in Japan, Liverpool’s famous ‘supergroup in  reverse’ whose members also included Holly Johnson (later of Frankie Goes to Hollywood), Ian Broudie (later of the Lightning Seeds), Clive Langer (of Deaf School) and the drummer Budgie (who has since worked with everyone from the Slits and Siouxsie and the Banshees to John Grant).

Musical greatness was somehow drawn into the orbit of Roger Eagle and it was during his time in Big in Japan that Drummond was most inspired by him.

Although tonight’s performance was billed as a “memorial lecture”, instead Drummond presents the sold out audience (a mixture of arty, aging hipsters and rowdy bohemians) with a piece of experimental theatre – a play by Drummond’s play-writing alter-ego/pseudonym Tenzing Scott Brown.

You can listen to some of Scott Brown’s other plays as adapted for radio (several of which are also concerned with Drummond’s interactions with the Liverpool music scene) here.

Instead of merely regaling the audience with a collection of fondly-recalled anecdotes, Drummond opts for a personal and highly subjective performance which explores some of Roger Eagle’s wisdom, beliefs and pet-theories. Drummond himself of course is no stranger to off-beat pet-theories and is well-placed to present such a tribute.

Like most of Drummond’s lectures and performance art, it begins with a tune.

Drummond enters stage right bearing an old Dansette record player (apparently the same one from his childhood home, retrieved from his parents’ loft) and with a rucksack on his back.

He plugs in the record player, retrieves a 7 inch single from his backpack and drops the needle into the groove with the air of a man not much concerned with preserving his vinyl in pristine condition. True to the Trail, an upbeat tune from Drummond’s one solo album of 1986, plays through twice as he assembles his mise en scene.

He exits to return with three paint-splattered wooden chairs of the type commonly found in schools and places each one facing the audience approximately equidistant. Then he stands a large easel to the rear of the stage on which he places a canvass.

It is one of Drummond’s 25 Paintings, a series of 25 canvasses which have been repeatedly re-purposed, painted and re-painted over multiple times. It displays a simple two-tone text work containing the words “Go Places – Do Things”, which is the title of tonight’s play, and an exhortation in the spirit of Roger Eagle, who encouraged others similarly.

Finally Drummond drops three scripts for tonight’s performance onto each seat, places what appears to be an instrument case next to the central chair and clears away any other clutter.

He sits himself down on the right and rather unexpectedly takes off his boots. His shirt and trousers follow. Now wearing only his underwear, he settles down in his seat and starts checking his phone.

Tam Dean Burn, the actor who has been playing Bill Drummond in this ongoing series of plays, enters stage left. He puts on Drummond’s boots, jeans and shirt over his own clothes and assumes the role, occasionally breaking character to comment on Drummond’s script.

Upon reaching the line describing himself as “Scotland’s greatest living actor”, possibly ad libbing, he addresses the audience directly, expressing uncertainty about whether Drummond is taking the piss with “greatest” or “living”, since the actor is recently recovered from an attempt on his life in the streets by a deranged individual, who confused him with one of the characters he plays.

Liverpool’s tendency to flourish creatively when an “outsider” comes along to shake things up a bit is considered. This does not necessarily refer to someone from outside the city – “Brian Epstein, as both a Jewish and gay man, was an outsider”.

In a more literal sense, so too was Roger Eagle, originally hailing from Oxford.

We learn of Eagle’s view that all truly great music contains three essential elements – “Brutality, Religion and a Dance Beat.” This was the title of a short story Drummond wrote and had printed onto pamphlets which he left at various sites around the city for anyone to find and read.

They were circulated in 1998, soon after Eagle’s death. We previously wrote about that, amongst other things, here.

The full text of Brutality, Religion and a Dance Beat is available to read here. We mention this because the script for tonight’s play actively encourages the audience to “go and look it up on the internet.” 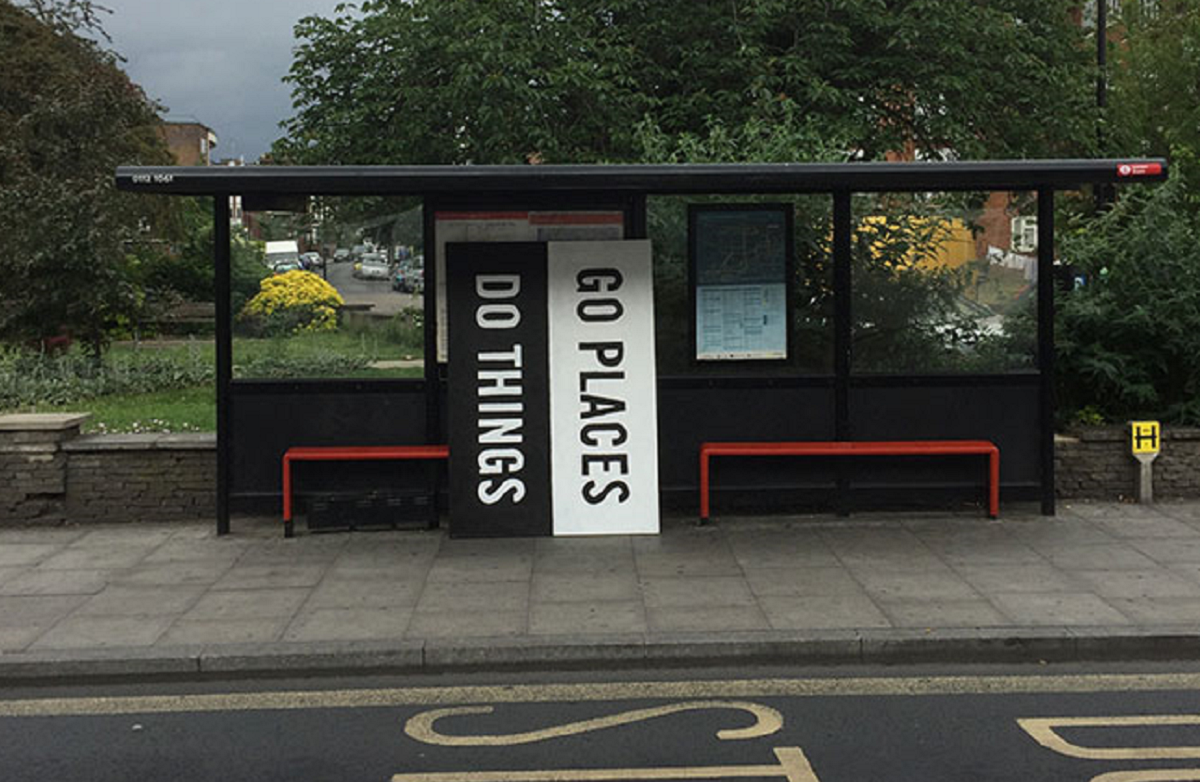 We hear of another tribute Drummond paid to Roger Eagle in the late ‘90s – one that got him into a spot of bother with the authorities. For reasons that aren’t explained (or even considered) it seems that Drummond had produced a large graffiti consisting of the words “Dead White Man” on wall in the vicinity of Lime Street Station. Possibly mistaking this for a death threat, someone had noted down the registration of Drummond’s vehicle and gave it to the police.

We also learn, via a list of examples including Billy Fury, The Beatles, Cilla Black, OMD, Echo and the Bunnymen, The La’s and The Coral that Roger Eagle believed all great Liverpool artists achieved their greatness whilst still under the age of 23.

Then rather unexpectedly, we are introduced to the third member of tonight’s cast, also playing Bill Drummond. She is seated amongst the audience, is crucially “under 23”, and a member of the Everyman Theatre’s youth group.

Tam Dean Burn removes Drummond’s boots, shirt and trousers from over his own clothes for Karen Young, assuming the role of a younger Bill Drummond, to put on over hers instead.

We are told that Karen Young is a late addition to proceedings. Indeed, we are told, somewhat implausibly, that this entire play, its composition and organisation is all rather last minute with plans and arrangements only finalised earlier today.

We learn more of Roger Eagle’s visionary greatness and hear sometimes touching, sometimes amusing accounts of this singular man’s outlook and approach, and how it all influenced and intersected with Bill Drummond.

About halfway through the play, the “real” Bill Drummond halts proceedings to bring on Bryan Biggs of the Bluecoat Gallery, who is here to introduce Drummond.

Introducing Drummond before the play actually started would have been altogether too damn conventional presumably, so instead the play is interrupted at the halfway point.

It seems the two of them were at art school together in the early 1970s – “we were in the same class” interjects Drummond during Biggs’ introduction, possibly feeling that Biggs is rather downplaying their connection.

In Drummond’s characteristically convoluted and unusual manner we learn more about the recording of Big in Japan’s first single, the death of Elvis and Roger Eagle’s influence or take on these weighty matters.

The play closes with Drummond fully dressed once more, as Karen Young unpacks her fiddle (she plays and sings traditional music from the Scottish folk canon) in order to play for us a unique rendition of Big in Japan’s self-titled debut single.

There is polite applause from the arty hipsters gathered on one side of the room and more raucous appreciation is shown by the bohemians and discordians over on the other side.

The night was a triumph and a fitting (if unconventional) tribute I’m told by some of the older members of the audience I spoke with afterwards who were in attendance because they knew Roger Eagle, and I can hardly disagree.

The full text of Go Places – Do Things will be available to read here at Drummond’s Penkiln Burn website soon.