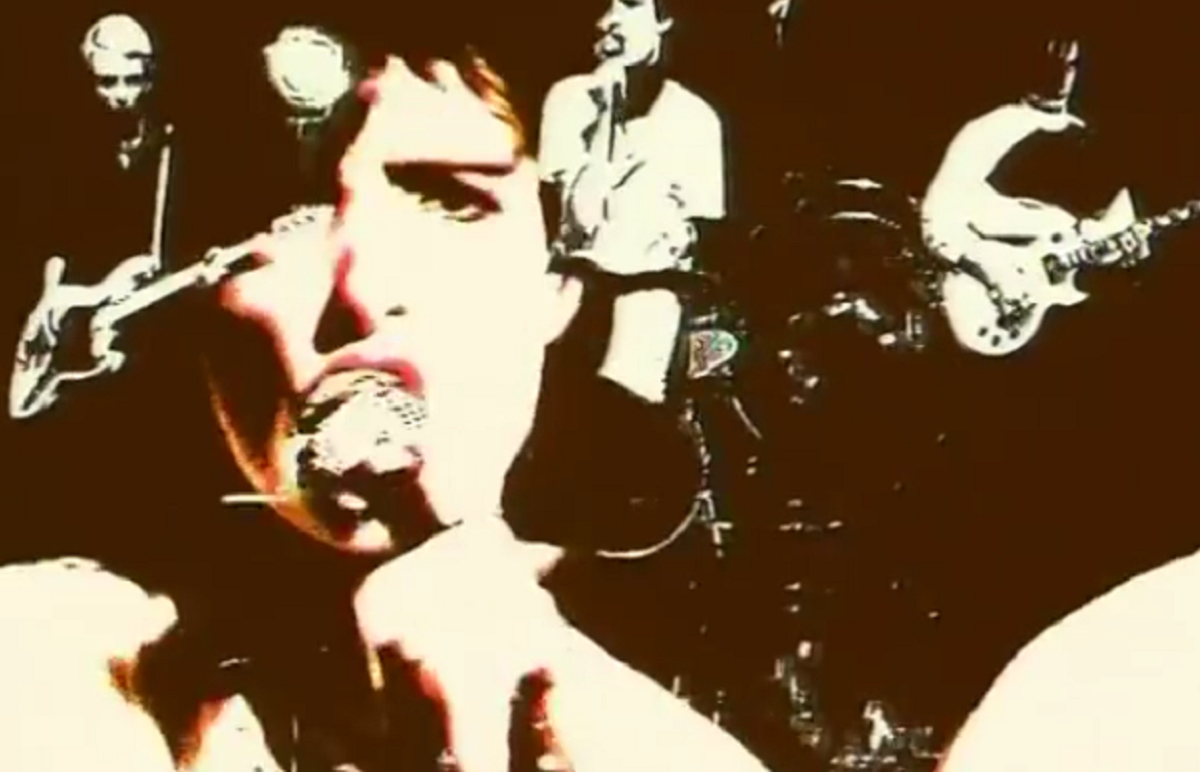 Siouxsie and the Banshees

As Siouxsie and the Banshees seminal debut album hits its 40th Anniversary, Getintothis’ Banjo looks back at a classic punk album and the story of a band less ordinary.

Few punk bands travelled so far and so quickly from their point of origin as Siouxsie and the Banshees.

From their beginnings at the 100 Club Punk Festival in 1976 to the height of their goth-pop splendour, The Banshees have been disinclined to stand still, preferring instead to shift and morph, to evolve rather than stay rooted in the place of their birth.

This suited them, as they went on to release classic records and play some of the best gigs this writer has ever seen. For a while, there, Siouxsie and the Banshees were the best band in the world.

Sioux and bassist Steve Severin were part of the Sex Pistols’ first following, dubbed the Bromley Contingent, attending as many gigs as possible and even taking part in their infamous Bill Grundy interview.

The Banshees story could have been a brief one, as they first came together for an improvised one-off gig supporting their idols Sex Pistols at the Punk Festival mentioned above. Their brief was basically to take to the stage with no rehearsal, make a cacophonous racket and play whatever came into their minds.

With Siouxsie and Severin (then known as Steve Spunker) were Marco Pironi and guitar (later to join Adam and the Ants) and one Sid Vicious on drums, The Banshees decided to make the leap from audience to stage. This was not as big a step as it might seem, with the punk ethos at the time recommending that anybody could form a band and get on stage. The Banshees took this to its logical conclusion.

Their set consisted of Siouxsie shouting snippets of The Lord’s Prayer, Twist and Shout and Knocking on Heaven’s Door while the band made a tuneless, formless racket behind her. 30 minutes later it was meant to be all over for The Banshees, but something had happened while they were onstage; they had enjoyed their first taste of making music and the seeds were sown for them becoming a proper band.

This they did to stunning effect. Pironi, Vicious and early guitarist PT Fenton were jettisoned and replaced with drummer Kenny Morris and guitarist John McKay. The first classic Banshees lineup had arrived.

Whilst record companies were running around London with cheque books at the ready, desperate to sign a punk band of their very own, Siouxsie and the Banshees were left untouched. Some early demos for Track Records came to nothing as the Banshees refusal to compromise first made its presence known.

Graffiti appeared on the walls of major record companies in London, proclaiming ‘Sign the Banshees!  Do it now!’ Such was the lack of record company enthusiasm that John Peel started discussions with the BBC to see if they could somehow release the band’s classic Peel sessions as their first records. 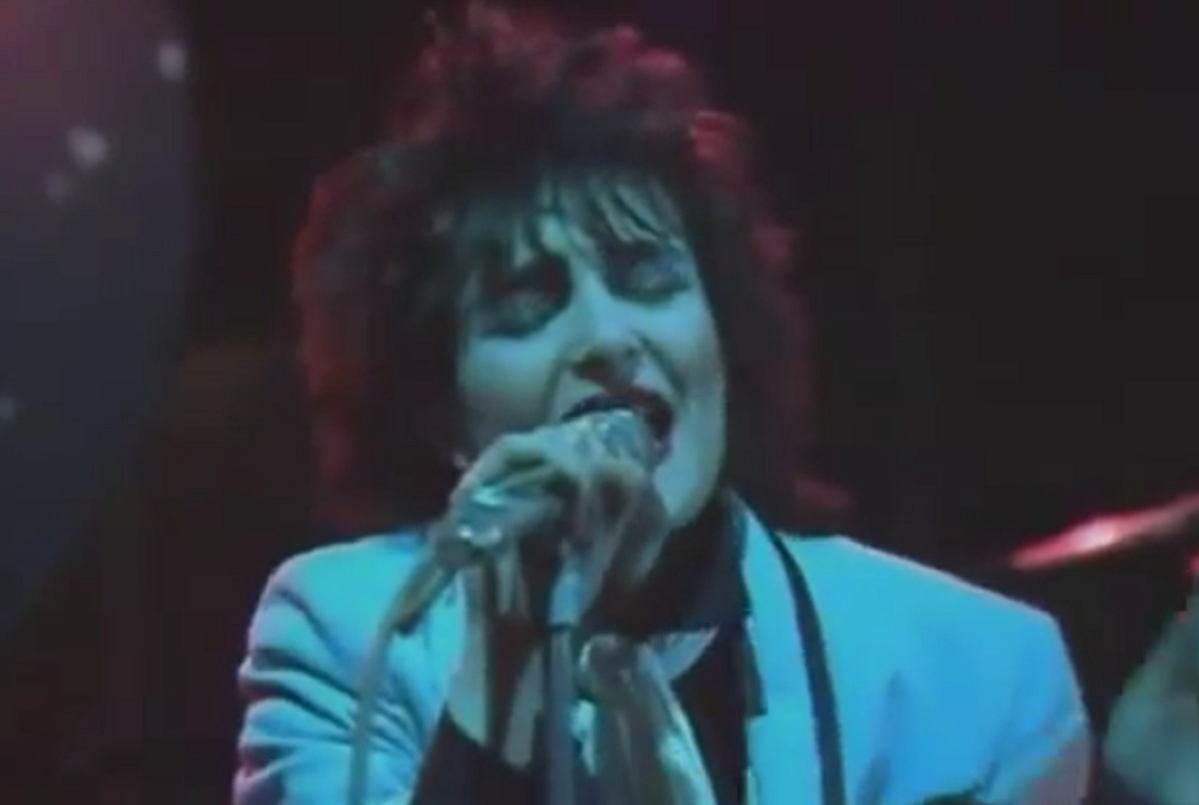 Siouxsie and the Banshees

Before this could happen, Polydor finally signed The Banshees and they were rushed into the studio to record. The first fruit of this was their debut single Hong Kong Garden, widely regarded as a classic of the era, despite lyrics that have not stood the transition into more PC times.

Such was the demand for Banshees records, that the single was an unlikely top ten hit, peaking at number 7. The next step was for them to record their first album.

By this point, it was 1978 and The Banshees had been writing, playing and developing for some time. Early songs such as Bad Shape and Make Up to Break Up had already been dropped from the set as the band was honing their sound, their own brand of punk developing with impressive speed.

The fact that The Scream didn’t appear until November 1978 meant two things. Firstly, The Banshees were in distinct danger of being left behind. The punk scene was one that moved incredibly quickly; for example, by the time The Banshees were recording their first record The Stranglers and The Jam had already released three albums each.

Thankfully, the band was so far ahead of the pack that when their debut was released it was never in any danger of sounding stale or old. In some ways, The Scream was so far ahead that it could be thought of as the first post punk album.

And secondly, because of this delay, The Scream came across less as a first album and more as an accomplished set of songs from an established band. Their demos and Peel sessions had been less polished, with more punk edges, but The Banshees took advantage of their time in the wilderness and arrived more fully formed than they otherwise might have done.

And this shows in The Scream, which features a smoother sound and a higher degree of musicianship than some debut albums from their peers.

Opening track Pure gets things off to a slow and decidedly eerie start. Sioux’s voice floats over a minimal backing of string bending guitar and bass. This lulls us into a false sense of calm, as Jigsaw Feeling starts up. John McKay’s discordant guitar is superb, and a whole generation of post punk guitarists took note.

Drummer Kenny Morris barely uses his cymbals, unlike a lot of other punk drummers who thrashed the hell out of them. The effect of this is that when a cymbal is used it is like a spark of light amongst the darkness. As is ever the case with the best, most instinctive musicians, the music they make is as much about what they leave out as what they put in.

This is illustrated perfectly on Metal Postcard. The drum motif here is one of the era’s most iconic and instantly recognisable. The Banshees were incredibly inventive at this stage, creating daring, innovative new music almost at will.

The Old Grey Whistle Test invited Siouxsie and the Banshees to play two songs from The Scream, Metal Postcard and Jigsaw Feeling. The performance perfectly captures the band’s Sturm and Drang perfectly in what was undoubtedly one of music TVs most thrilling moments.

The Banshees could arguably be credited as the first Goth band, a genre that we have defended before in these very pages. They certainly leaned towards to darker end of the human psyche; the only cover version on The Scream is Helter Skelter, the Beatles song that allegedly inspired Charles Manson to order his followers to commit shocking murders, while Carcass tells the story of a butcher who falls in love with a piece of meat on his butcher’s block. Easy listening this is not.

Overground is a very clever song. Slow and with a fade in beginning, it is further proof, were any still needed, that The Banshees were not a band to be reined in by notions of punk limitations.

A lot of Sioux’s lyrics were concerned with suburban life, with Overground telling of what may happen if she were to return to a normal life from the chaotic world she suddenly found herself in, singing ‘Got to give up life in this netherworld, got to go up to where the air is stale, live a life of pleasantries, mingle in the modern families’

This is a theme also taken up by Suburban Relapse, where a suburban housewife breaks down during her routing duties, ‘whilst finishing a chore. I asked myself ‘what for, Then something snapped, I had a relapse’  Again, this was something the marked The Banshees out, as they rejected the trend to make political statements, instead focusing on the world around them, the world they knew.

On a personal note, when I was in my teenage years my parents struggled with punk.  It was not just completely alien to them, it was something that had taken their child from them.

I cut my long hair, threw all my old 70s clothes out and plastered my bedroom with shocking images of Johnny Rotten, Siouxsie Sioux and the like.  Years of spikes, mohawks, gigs and leading a somewhat unconventional life lay ahead, so maybe they had reason to be concerned.

Brix and the Extricated, The Gentle Scars: Arts Club, Liverpool

My mum, to her eternal credit, tried to look into the punk phenomenon.  As part of this investigation, she read the lyrics on some of my album sleeves, notably Siouxsie and the Banshees.  as a result of this, she was able to see that this new tribe that had so captured her children was not the boorish, yob culture that existed purely to shock and held no artistic merit or depth, as her Daily Express had tried to tell her.

Consequently, she formed a grudging admiration for a lot of the punk bands and punks themselves.  She saw worth and creative endeavour.  She had gone to the trouble to peek behind the curtain and, thankfully, she saw Siouxsie and the Banshees there.  She may never have truly forgiven or admired punk, but her sterling efforts had taken away some of the fear factor of it all.  For now.

The Scream’s final track, Switch, hinted at where they were heading next. A gentler, more mature sound, it showed that by the time their debut album had been released, The Banshees had already moved on from most of the music it contained.

They were destined to continue this rapid evolution; second album Join Hands demonstrated further giant steps forward. Following this was the 2nd Golden Age of The Banshees when John McGeogh and Budgie stepped in to replace Morris and McKay and the band really hit their stride.

But The Scream is where this story really began, and it is still capable of a visceral thrill when played 40 years later – it was the first step in a long and fascinating journey.

The split, when it came, was possibly overdue, with some less respected records along the way. No one wants to see their idols fall and there are too many bands who outstay their welcome, but The Banshees absence left a void that no other band has been able to fill.

They were simply too unique a proposition to be replaced. Their instinctive intelligence, innovation and the sheer breadth of their musical vision meant that they were simply a one-off. A band born from punk who were always destined to outgrow its shackles.

Siouxsie and the Banshees were a singular group and their debut album gave them a unique starting point. That they used it to climb to such dizzying peaks is due entirely to their own highly creative minds.