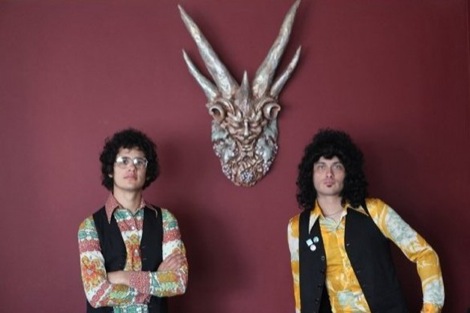 After a seven year hiatus the Mars Volta are set for a reunion following hints from the band on Twitter, Getintothis’ Amos Wynn has the latest news on the comeback.

The Mars Volta’s are set for a reunion very soon, following frontman Cedric Bixler-Zavala, engaging with a fan on Twitter to tell them that: ‘It’s happening.’

As well as this the 43-year-old also tweeted, “We are in the kitchen finding new ways to through curve balls.” That may well prove to be the case, after Bixler-Zavala was quoted saying that: “It’s new shit, new people, left turns, tangent inconsistencies.”

Their last outing came back in 2012, with the release of their sixth studio album, Noctourniquet, before officially disbanding in 2013. The band have since then worked on different individual projects, then collectively in 2014.

The band originally formed in 2001, hailing from Texas, and went on to release six studio albums before Bixler-Zavala fell out with band mate Omar Rodríguez-López in 2013.

This is not the first time Bixler-Zavala has hinted the Mars Volta would return, hinting last year that the band “will be back soon.”, whilst Rodríguez-López had also previously stated he would like to see a return for The Mars Volta too.

This time round though, it looks a certainty. Although the band have not penned a date or any release info, fans will be preparing for it sooner rather than later.

Share. Twitter Facebook Google+ Pinterest LinkedIn Tumblr Email
Previous ArticleWriting on the Wall brings a conversation on the state of Grime to Liverpool.
Next Article Truck Festival returns with Foals, Two Door Cinema Club and more, here’s our 5 Ones To Watch