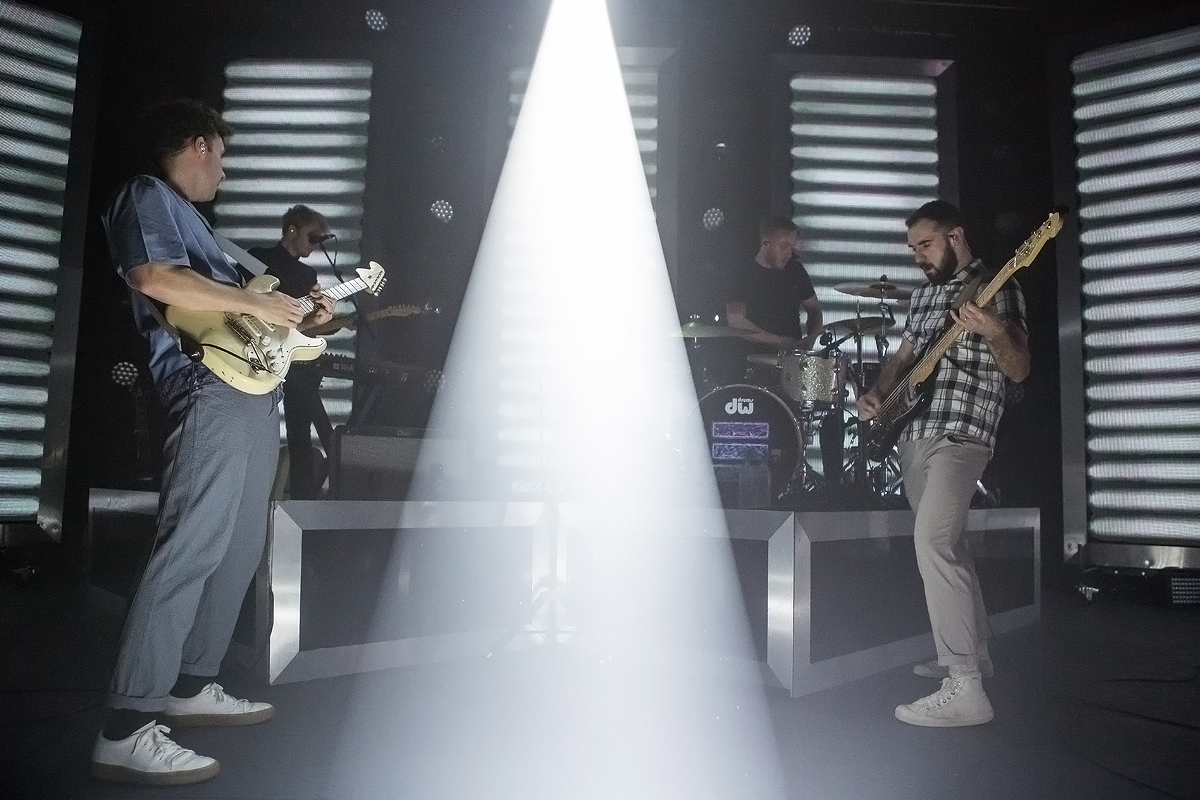 Rock and indie weekender Truck Festival returns this year in Oxfordshire in July, Getintothis’ Will Whitby dissects the line-up and picks five of the best acts to catch over the weekend.

Set in Oxfordshire’s Hill Farm over the weekend of 26th-29th July, Truck Festival has become one of the UK’s premier mid-sized festivals with big headliners and a raft of quality upcoming talent. This year is no exception.

The festival has brought the big guns with some of the best headline acts to compete with the likes of YNOT, Kendal Calling and the like. Mercury prize winners Wolf Alice top the bill on Friday, Foals bring the noise on Saturday and Two Door Cinema Club close the festival on Sunday.

Foals will be continuing their double album year as they perform tracks from Everything Not Saved Will Be Lost as fans eagerly await the follow-up later in the year.

Footing up the mainstage are scousers She Drew The Gun and Clean Cut Kid, Kerrang favourites Nothing But Thieves, You Me At Six and Don Broco as indie hotshots Sea Girls and Ten Tonnes make it big on the mainstage. Oh, and Johnny Marr brings in some experience supporting Foals on Saturday.

The smaller stages is where Truck fest flourishes as some of the UK’s best up and coming bands share their wares, Fatherson, Puppy, Milk Teeth, Yonaka, Martha, and Cassels play The Nest stage with Futureheads, Mallory Knox and Sunset Sons headlining.

This Feeling are curating their own sets with Liverpool head honchos Red Rum Club playing the Saturday and Sugar Thief, Young Milk, Strange Bones, King Nun and more playing throughout the weekend.

The line-up is massive and below we’ve picked the 5 Ones To Watch for Truck Festival 2019: 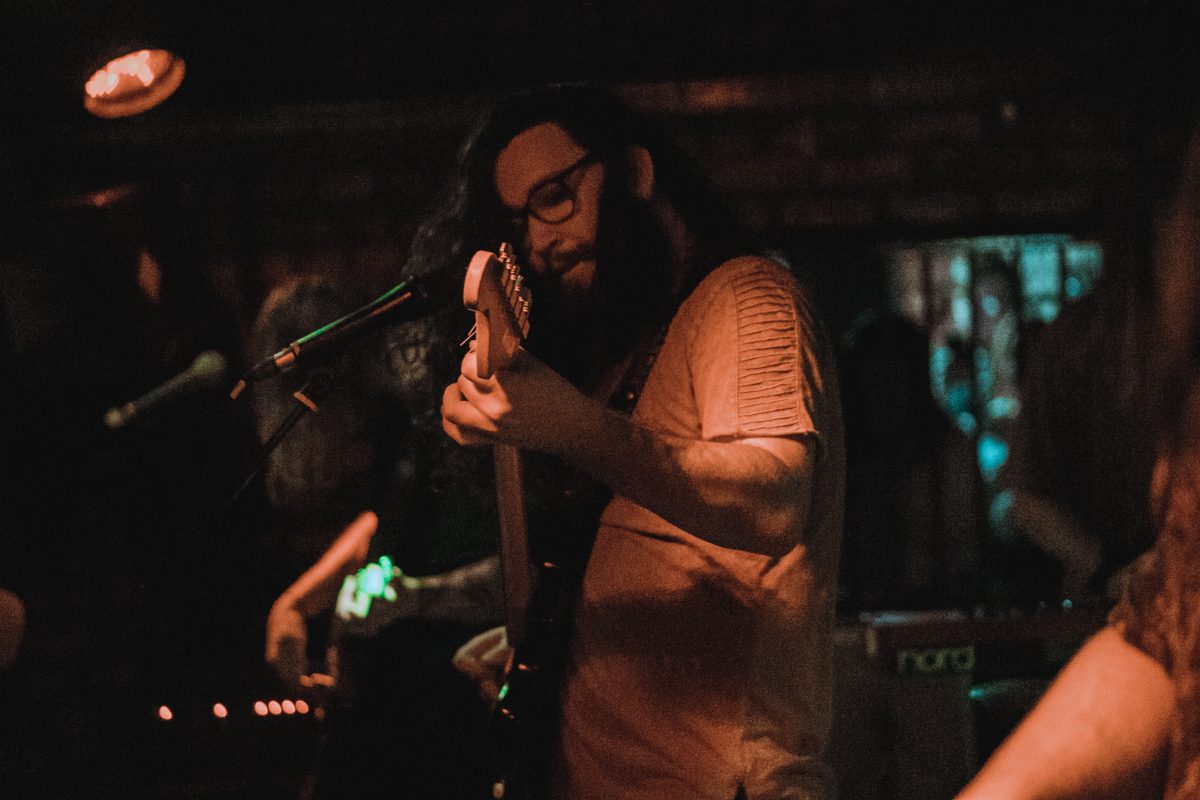 Their debut was released on Aussie psych label Rhubarb Records also home to King Gizzard & The Lizard Wizard– there must be something wavey in the water in Australia. The electrifying Found God In A Tomato musically punches you in the face with a riff that explodes into a boisterous pit-anthem with a middle 8 that echoes and oscillates as it dominates the senses as akin to what I can only imagine blasting off into space feels like. Get blasted to this other realm at The Nest stage on Saturday. 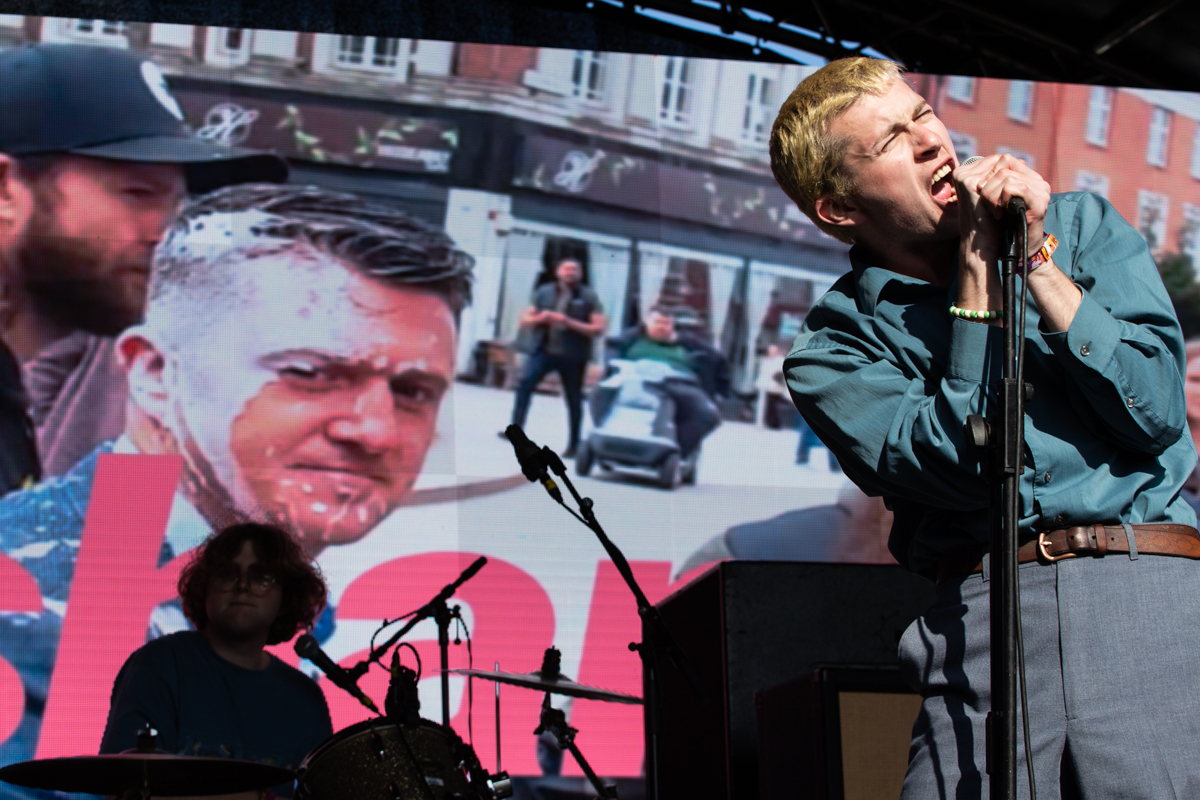 Saaaaaath Landan’s finest Shame headline the Market stage on Saturday as the loudmouth nu-punkers continue their summer of triumph after afternoon headlining Liverpool Sound City. 18 months on from the release of their immense debut Songs Of Praise tracks like One Rizla have become anthems for a doomed youth as the band have soundtracked a tumultuous year in the UK with ballsy lyrics, in your face choruses and working-class indie to the core.  Their age is no longer a number, they’re no longer the new kids on the block, the next big thing, they’re now the real deal. 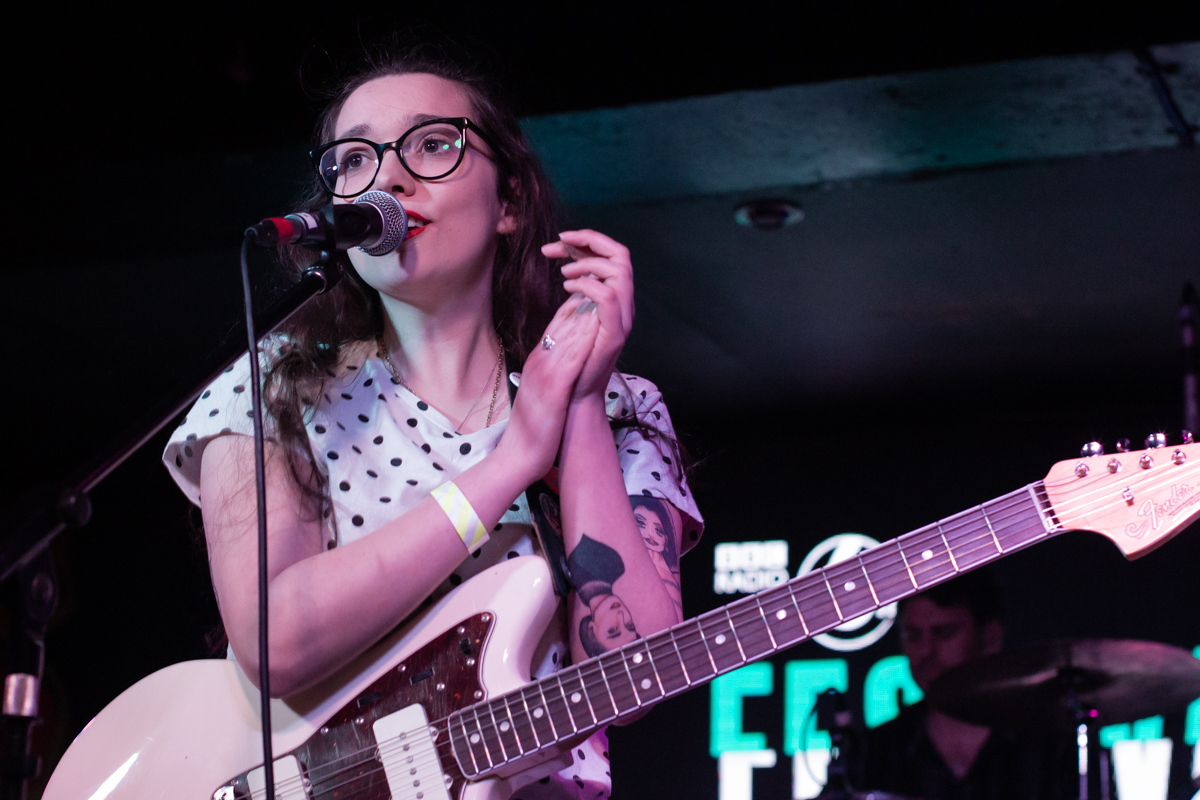 We sing the praises for Zuzu regularly on Getintothis and for good reason! Zuzu brings the hooks with infectious big singalong choruses in Beauty Queen and Can’t Be Alone, cosmic guitar pop melodies on All Good and an unashamedly Scouse twang in new single How It Feels.  Haled as the “future of Liverpool” by the Guardian and a previous GIT One To Watch winner in 2017 the sky’s the limit for the sci-fi loving songstress.

A stellar mix of addictive choruses, energetic indie pop and a sprinkling of teenage angst has attracted fans from wizened rock fans, young indie star seekers and 6 Music Dads to all revel in Zuzu‘s refreshing guitar pop bangers. She plays Truck Fest’s second stage The Market on Sunday.  There is a host of other Scouse stars on the Truck lineup with Red Rum Club, Spinn, She Drew The Gun and The Mysterines all representing the powerhouse Merseyside scene over the weekend. 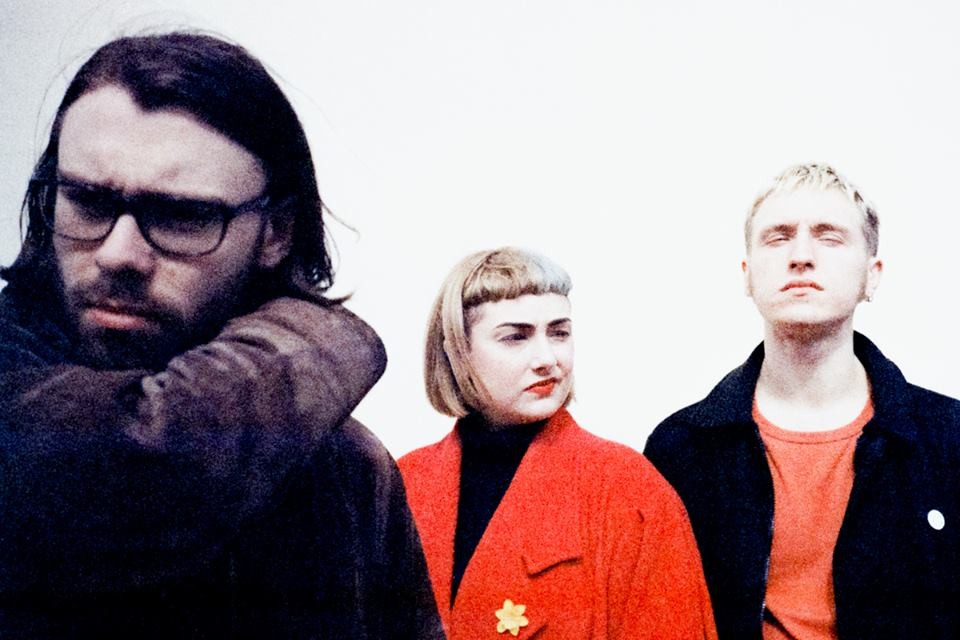 Nottingham alt-rockers Kagoule bring the noise to Truck for fans of Smashing Pumpkins. The indie-grungers have been touring the UK relentlessly since their conception in 2015 with second album Strange Entertainment released on Alcopop Records last year. Hectic guitar lines entwine with lo-fi Pixies-esque melodies on tracks like Too New Too Soon as album opener Egg Hunt gets the band’s alt-dance on and the jagged guitars lead into the equally melancholically chaotic Bad Saliva. Think Kate Bush with added Fugazi.

They have played and impressed at Sound City twice and now, after their second album, they have found a complex and compelling sound which stands out from the crowd in the realm of stagnant Pixie copy-cats. Fingers cross you can leave the Kagoule in the tent as they play The Nest on Sunday Afternoon. 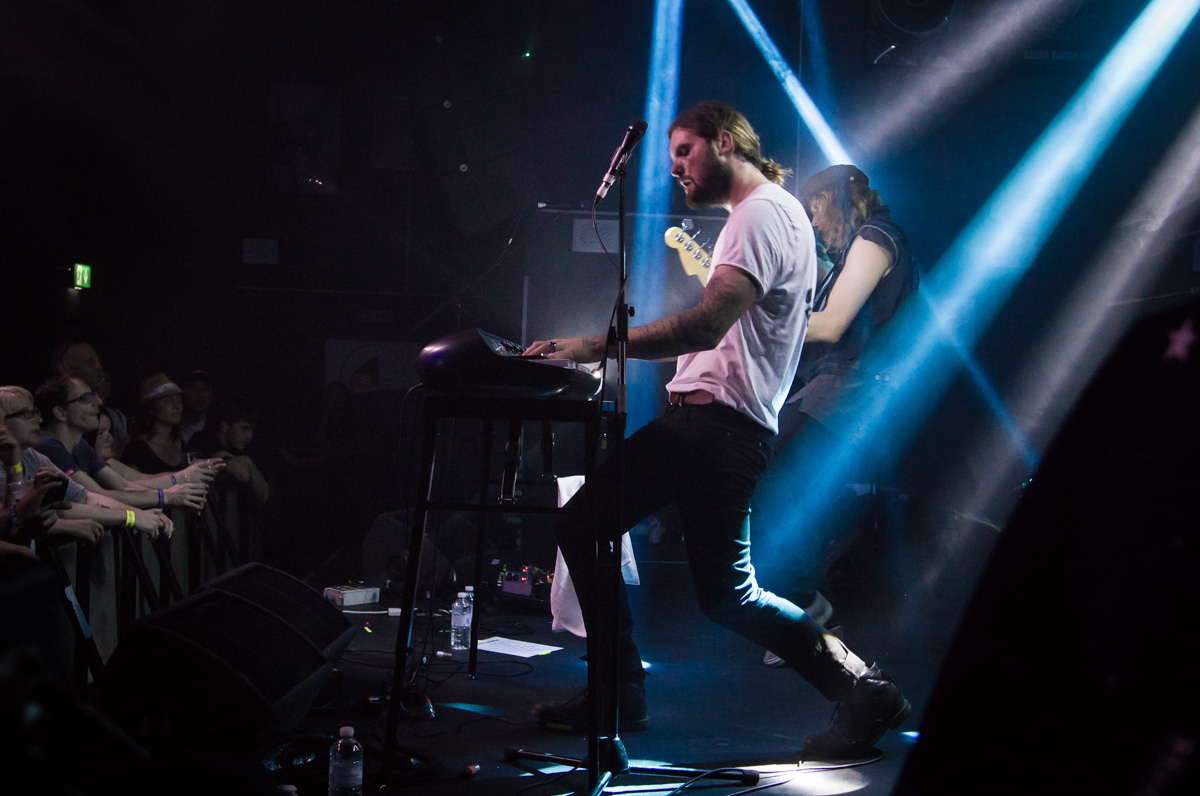 Sunshine indie poppers Sunset Sons return to Truck following their exciting debut album Very Rarely Say Die released in 2016. Big choruses led by driving piano lines, give Sunset Sons their summer sound which truly flourishes on an outdoor festival stage as they play The Nest on Friday. Hailing from the surf capital of Europe in the South of France, the relaxed lifestyle reflects in their easy-going pop with choruses to get stuck in your head and infectious indie tracks to fuel festival season.

Very Rarely Say Die broke into the Top 30 as tracks Remember, She Wants and Somewhere Maybe won’t be changing the world but will make you enjoy your Friday night with a sound that is made to be played in the sun, at a festival, with your mates having a good time. New single Problems was released at the end of May and see the band get their clown on as they lead up to their eagerly awaited second album.