A collection of Liverpool’s best new artists played the Russia and British Music Festival and ended up on prime-time, Getintothis’ Peter Guy goes back to the USSR.

Liverpool musicians ended up on prime-time Russian news this week after storming sets at a music festival.

Musician Ali Horn joined bands Eyesore and the Jinx and Stores at the Intersection of Music Festival in Ulyanovsk.

After mighty sets which were rapturously received by Russian locals, news channel Volga TV carried features on the bands and their touring party including Eggy Records co-founder Matty ‘Hoggy’ Hogarth.

The festival, which was organised by British and Russian Music Embassies also saw the bands perform in the Russian town of Dimitrovgrad.

Ali Horn has just released his latest single Dreamers  (listen below) following national airplay and press while Eyesore and the Jinx have been added Rockaway Beach Festival in Bognor Regis alongside the likes of John Cale, The Jesus and Mary Chain and Fontaines D.C.

The duo will play Liverpool on Saturday July 13 at Deeper Cuts Festival alongside other Merseysiders including Video Nasties, Aimee Steven and Ana Mae plus heavy-weight noise heads Teeth of the Sea, Gum Takes Tooth and Housewives. Tickets can be bought here. 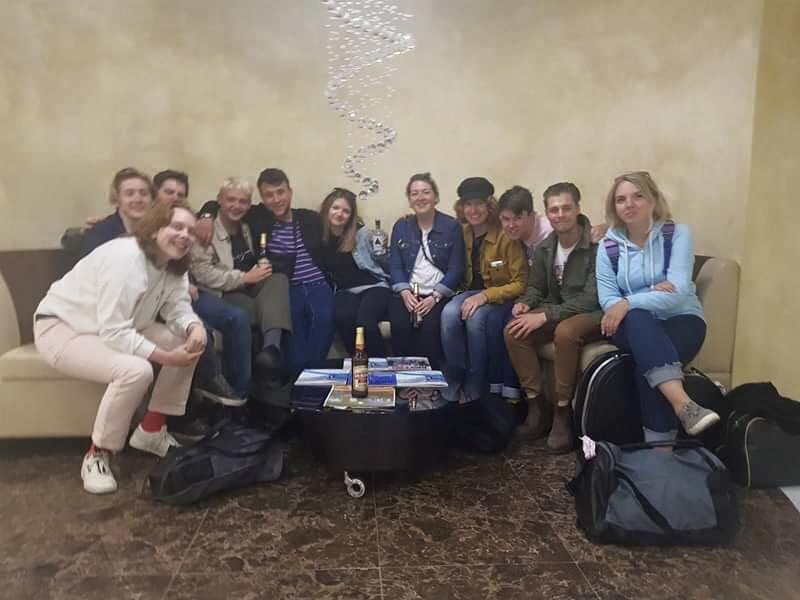 Hannah Brown of Stores, Eyesore and the Jinx, Sam Warren of Stores, Ali Horn and their touring party in Russia

The Liverpool musicians made quite the impression with local Russian music fans and their fellow artists.

One particular fan posted this lovely message on Instagram imploring people to ignore propaganda and stereotypes perpetuated in the media.

From Russia with love