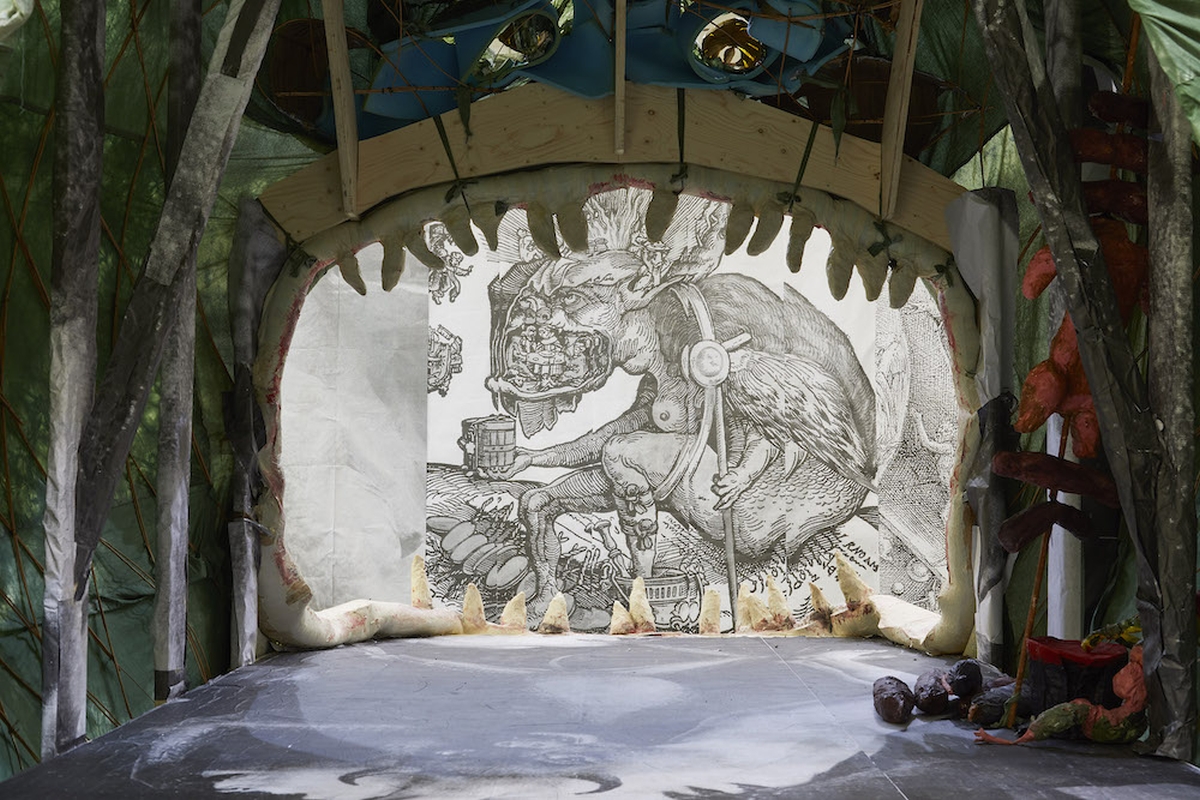 Supersonic Festival have shared the final line up of artists added to this year’s special 15th year anniversary edition, Getintothis’ Peter Goodbody has the lowdown.

This follows in the footsteps of Black Sabbath who played the historic venue themselves many years ago. Also performing elsewhere across the weekend, and over at the main festival site: Anna Von Hausswolff, Mono, Yob, Pigs Pigs Pigs Pigs Pigs Pigs Pigs, plus a special collaboration between The Bug Feat. Moor Mother to name a few.

In addition, the gallery will play host to two special Do.omyoga sessions: a workout with Henge performing the live soundtrack and a Doombath Gong meditation.

Monster Chetwynd’s installation Hell Mouth 3 is part of the wider Home Of Metal season of exhibitions and events curated and produced by Capsule – the people behind Supersonic Festival.

Details of the full line up of new additions below:

Apostille is a man who’s torn through enough sound-systems to know the difference between gesture and meaning. Alongside running his own DIY record label, Glasgow native, Michael Kasparis has continued to evolve his manic expositions in electronic pop.

Drawing from an oblivion of influences from noise rock acts such as AIDS Wolf and Fat Worm of Error to the nihilistic openness of power-electronic pioneers including Philip Best, Guttersnipe’s songwriting is impossible to pin down. It skitters from one irrational idea to the next like some piece of absurdist theatre.

Paddy is a Zelig-like character along the timeline of Manchester’s musical activity. His live performances err more daringly and admirably on the frontier of chaotic abstraction, expression and focussed blunder, dice rolling down the hill in case of duende, as from behind his stacked array of instruments, the anarchically intrepid punk gargles through a vocoder with his xylophone, all a-clatter under disco lights and doilies.

Formed in Manchester, Water are a heady mix of artists, poets and musicians who’ve come together to create encounters which engulf the senses. Water have left audiences with a feeling of being part of something magical, intense and sometimes bewildering, but always powerful.

Do.omyoga (Kamellia Sara) returns to Supersonic bringing together music and movement with stillness to create an immersive meditation. Offering 2 different workshops on the Saturday (with a soundtrack from Henge) and Sunday of the festival this year. Suitable for all levels, especially beginners.

Share. Twitter Facebook Google+ Pinterest LinkedIn Tumblr Email
Previous ArticleThe Wave Pictures are coming to wage war against the machines at Phase One
Next Article Citadel Festival: review, what we learned and the best bands from Gunnersbury Park