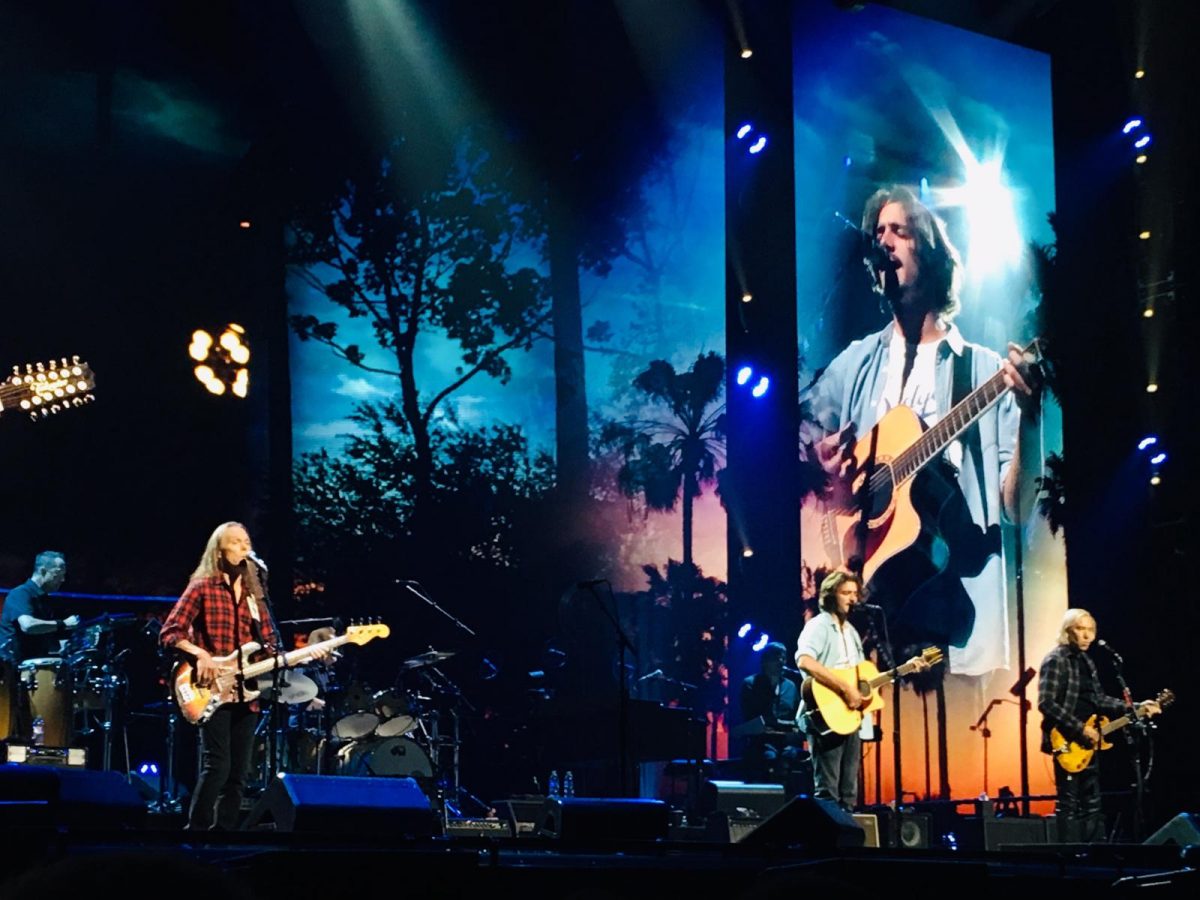 The Eagles’ Deacon Frey leading on Take It Easy

The Eagles perform a two and a half hour marathon of classics in Liverpool, Getintothis’ Naomi Campbell reflects on one of those nights.

The excitement and anticipation before watching your favourite band at an Arena gig is always a little to much to handle.

Everyone makes friends with everyone. The queue for the bar is a socialising haven – just ask our two new pals from Virginia who came all this way for a ‘beer and a good sing along’.

Either way tonight’s show at Liverpool’s newly christened M&S Bank Arena was an electric atmosphere and with the Eagles opening track minutes away tensions were running high, within reason.

This is the super-group’s first tour without late member Glenn Frey, and their first with stand in members Deacon Frey (Glenn’s son) and Vince Gill.

The American sweethearts took to the stage in casual style, each figure stepping up to their designated microphone like it was the most natural thing on earth before blowing the audience out of the arena and down into the depths of Mathew Street with their surprise a capella driven opening track Seven Bridges Road.

Come on, can anyone describe a sound more heavenly than those voices singing their sweet harmonies in unison?

Okay so we’re two tracks in and we’ve managed to compose ourselves among our somewhat restrained neighbours as the 1972 classic Take It Easy comes to a close and Don Henley, the sole original band member on stage comes forward to welcome the audience.

Our tickets to the #Eagles tonight were worth every penny, absolutely amazing, they are all supreme musicians and it was our privilege to be here in #Liverpool to hear them pic.twitter.com/VQtzWjTiOL

The 71-year-old looked comfortable and at ease as he reminisced about Liverpool – a city with “so much musical history and we’re truly standing on the shoulders,” in reference to four lads from the South end of the city.

An irreverent aside to the two ‘yellow haired’ people in politics either side of the Atlantic, it was on with the show as newcomer Gill came to the fore to sing the hair-raising notes of Take It To The Limit.

Gill brought just the right amount of Nashville to the stage with endless guitar swaps and his pitch perfect vocals before taking the lead on Lyin’ Eyes and his own solo hit Don’t Let Our Love Start Slipping Away.

With a simple stage set up, each member stepped back when another took to the front of the stage as they sang lead or played instrumental fills; a recurring theme of the concert as all six members showed their virtuosity in equal measure.

Their harmonies alone are something to cherish with long-standing bass player Timothy B. Schmit gelling seamlessly alongside Henley, Walsh, Frey, Gill and co-lead guitarist Steuart Smith, bringing the crowd to a standstill with his elegant vocals on Love Will Keep Us Alive.

As the lime light moved back to Henley for Witchy Woman it was hard to tell if he was actually singing it sounded like it was playing straight off a record – his voice sounding smoother than the whiskeys we sank to calm our excitement before arriving at the arena.

The Eagles – a career retrospective and best tracks – a Getintothis guide

Wild guitarist Joe Walsh threatened to steal the show with a stellar performance; his ageing but graceful voice came through as strong as steel in classics from In The City to his own original Life’s Been Good while a vocoder-meets-harmonica Those Shoes is a filthy strip-joint rocker positively oozing the sleaze of LA’s strip.

As the band made their way through classics from their solo careers Henley set off the eager crowd with his summery 80’s classic Boys Of Summer.

Now the youngest Eagle, Deacon Frey, the son of late original member Glenn thanked the rapturous crowd declaring he was “having a blast” going on to perform “one his dad used to sing” in the sweet sounding Peaceful Easy Feeling.

Well, The Eagles were absofuckinglutely awesome.

Deacon Frey, Glenn’s son was playing….sounds like his dad….

Joe was on fine form,he’s like yer mad old uncle, but boy can he play.

Loved every minute, I’ve experienced happinesses and heartbreak to their music❤️❤️❤️

With a voice eerily reminiscent of his late father the 20-year-old blended in perfectly before the song ended with a touching black and white tribute to Frey on the big screens.

Leaving us with not one but THREE encores, and twice as many standing ovations, the packed arena first welcomed the six back to the sound of a spine-tingling trumpet solo playing the intro to iconic, guitar-duelling, sing-along classic Hotel California.

Smith taking the lead on his custom made double-neck electric and Walsh on his gold glitter embossed six string complementing his sparkling silver Converse trainers.

Always like it when life throws you an unexpected bonus – tonight's was a last minute ticket to see @the_eagles @MandSBankArena in #Liverpool , incredible show, musicianship and harmonies still absolutely stunning, like they've never been away pic.twitter.com/zMrbjYg1LH

Looking effortlessly cool they had the audience in the palm of their hands – or at least the one lady behind us who was literally screaming Hotel California like her life depended on it.

They returned once more with tear-jerker Desperado before finishing with their first number one and fan favourite Best Of My Love leaving the audience in a big mushy pile of waltzing romance.

With that we made our way out of the arena following the sounds of surprisingly elegant Eagle-goers voices as they sang Take It Easy in unison. Remarkable.

Words are not enough. @the_eagles gig tonight @MandSBankArena in Liverpool was just phenomenal..!! If you've not seen them live in concert before, you're really missing out. Thanks guys for an excellent evening. 💓 #LoveLiverpool pic.twitter.com/lNV2qRBgO0 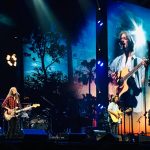 The Eagles’ Deacon Frey leading on Take It Easy 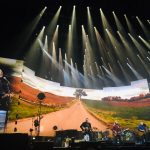 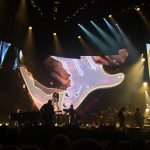 The Eagles’ Joe Walsh in Liverpool at the M&S Arena 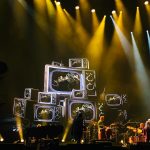 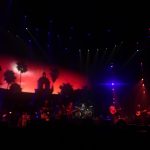 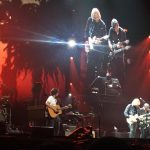 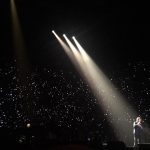 The Eagles’ Don Henley in Liverpool at the M&S Arena 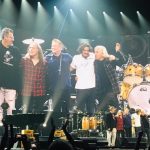 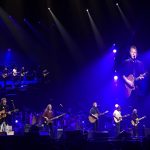 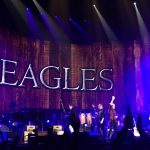 The Eagles bring their gig to a close in Liverpool