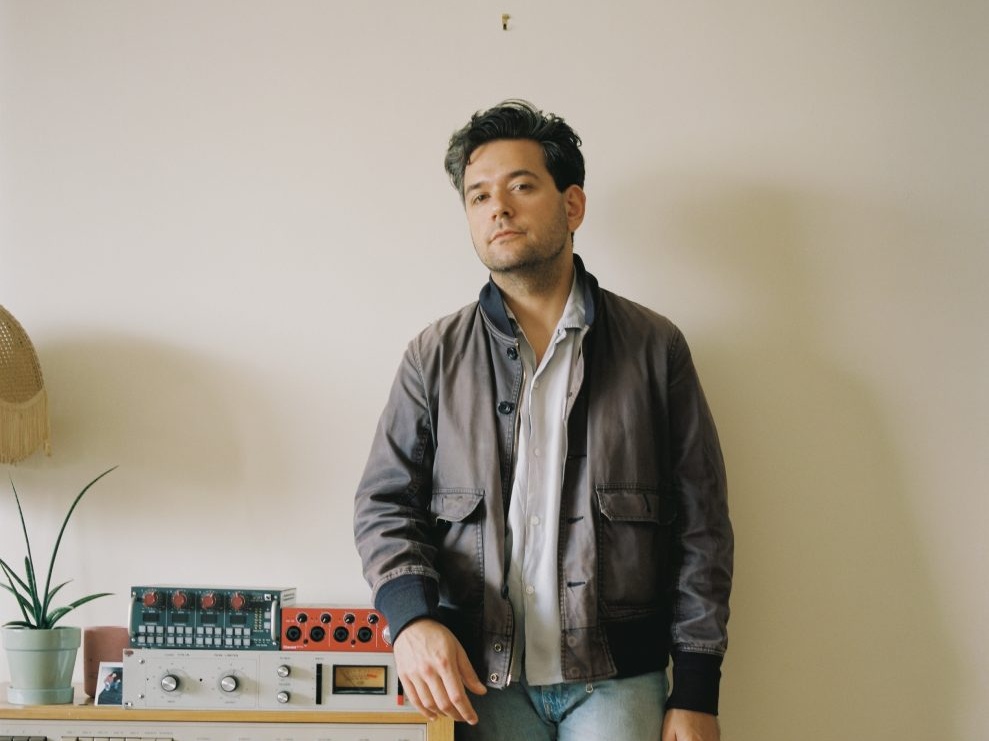 Dead Nature are riding on the crest of a wave and Getintothis’ Steven Doherty endeavours to find out more by asking 13 Questions.

Best known for their single City being the first song ever played on Beats 1 by Zane Lowe, Spring King were one of the bright young things of 2016.

They released their debut album Tell Me If You Like To to widespread acclaim in that year, and it was an album of bangers, pretty much every track on it could have been a single.

They were earning big support slots, opening for the likes of Kasabian and Kaiser Chiefs, and great things were expected of them.

However, after the release of their second album A Better Life and ahead of a forthcoming massive hometown Manchester Ritz gig, it was a complete surprise last November when they suddenly announced that they were no more.

All quiet since then it seemed, but unbeknownst to us, the musical brain behind Spring King, drummer and vocalist Tarek Musa was hard at work writing and producing solo material.

Now the fruits of the labour are out.

Released under the nom de plume Dead Nature, his debut single In My Heart has been swiftly followed by a full four-track EP, entitled Taking My Shadow.

Future Yard festival review, pictures, best acts and what we learnt from Birkenhead

A great leap forward from the Spring King sound, whilst still keeping that melodious heart and a penchant for big sounding grandiose panoramic pop tunes, Dead Nature are surely feted to have the huge deserved success that sadly. ultimately evaded his previous band.

We caught up with Tarek to ask him our very important 13 questions:

“I’m in the studio at the moment, working with an amazing band from London. I’ve been producing their record, and then after that i’m doing some more Dead Nature stuff! It’s been a great few weeks and there’s so much in the pipeline musically both as an artist myself and working with others.”

2. How is that working out for you?

“It’s going well, but it’s a huge balancing act. I love mixing and producing other bands, it is incredible to help others get their music over the finish line and be part of a journey that everyone is proud of. Equally, it’s really inspiring to be back writing songs again as an artist of my own. Liverpool is a great city to do this all from. There’s so much on offer up here, I couldn’t think of a better place to be working in music.”

3. What is your earliest memory?

“Finding a pack of cigarettes on the table top at age four or so, lighting it up and trying it out. Guess that’s why I’ve never smoked.”

4. What was the first gig you went to?

“The Who live at the M.E.N Arena when I was around 11 or 12 years old. I had second row seats, and Joe Strummer was supporting. It was such a memorable show.”

5. What was the first record you bought with your own money?

“If we are talking strict vinyl then it was John Coltrane – My Favourite Things. If we’re talking cassette or CD it may have been the soundtrack to the movie ‘That Thing You Do’ or the theme song to the TV show ‘Happy Days’.”

6. Who’s the nicest (and worse) celebrity you’ve ever met?

“Genuinely haven’t met any bad ones, but Elton John was really nice, so was Chris Martin when I once met him briefly – I was delivering a synth from Liverpool to London, to his studio down there when I was a studio assistant – he said ‘thank you Tarek’ and offered me a cup of tea.”

“When I was in my old band Spring King we played a show to one person in Nottingham, and he left halfway through. It was character building stuff!”

“The view of the Mersey from Regent Street, near to the north docks where it gets a bit industrial. I love how sparse it is, and when you look over to the Wirral side you get this beautiful view of it all.”

“Lebanese food, put it all in front of me. A trio of desserts, including a tub of Ben & Jerry’s, a chocolate brownie and a pack of wine gums.”

10. Apart from yourself, who’s the next big thing?

“Calva Louise. Three piece garage rockers fronted by Jess who is an incredible shredder on guitar and mind-blowing songwriter.”

“Muttley, the dog of Dick Dastardly.”

“When I was very little, I got the keys to my mums car and keyed the whole thing, signing off with my brothers name on the side in huge letters.”

“Thanks to all the fans for sharing the love on my new project, it’s been such a blast so far!”