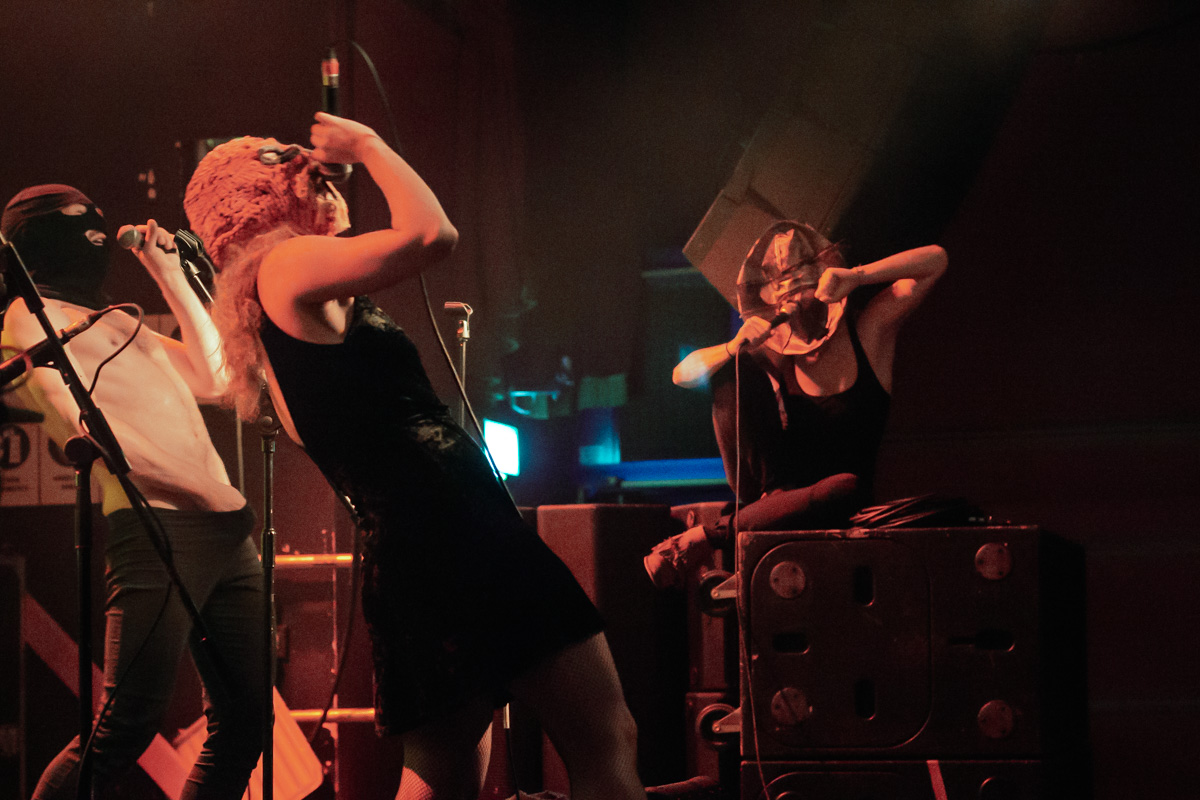 This week’s round-up of the movers and shakers in the singles world, Getintothis’ Steven Doherty likes and dislikes them accordingly.

The year in question was one of the bloodiest in Russian history, and the track commemorates those 700,000 people who lost their lives at the hands of the government and police of the day.

Pussy Riot compare this to the present day and the chaos of the recent elections in their home country, and come to the conclusion that not much has changed.

You would therefore expect an angry, hateful noise but Pussy Riot flip that notion on it’s head with a softer, almost R n B in feel track which belies the fury of it’s lyrics when translated.

“My tasty life’s crunching sadly” goes the fey chorus, like a iron fist in a soft glove.

More power to them.

A close second and they would have had a strong case (don’t blame me, they’re the ones with the terrible name) to be the top single.

Especially in a week of songs with no discernible choruses that, some might say, meander in parts.

Not this one.  It does start off quite the conventional, if heavier, number.

But you can then hear the exact moment where the band seem to get bored with the concept of safeness and just go for it, leading to a last couple of minutes of a joyous racket.

Perfume Genius: Eye In The Wall

An almost 9 minute piece of work, designed as part of an upcoming dance and music performance.

It’s a collaboration between the band with both a choreographer and a dance company, and with the haunting beauty of their previous works, it’s easy to see how it has come about.

It makes little sense as a standalone ‘single’ but it’s easy to imagine it’s hypnotic swirl as part of a longer theatre piece.

Ghostly vocals and electro beats combine marvellously if you’ve the time to invest in it.

The Wants: Fear My Society

Far more conventional is this, the second single from two members of Bodega under The Wants moniker, and it’s an 80’s style gothic throwback.

Sounding like something that was big on US College radio in a John Hughes film, and this is no bad thing.

It sadly ends just as it’s hitting it’s stride, here’s to more from them.

Singing the Brexit Border Blues, or how far does that Blue Passport get you?

A new name to conjure with, coming as it does from his full name Zane Allen West.

It has an end of summer, old fashioned style to it, an unusual lo-fi groover.

Recorded in his small bedroom with just enough room for him, his instruments and a tape machine (and his bed obviously).

It gets a bit lost and muddled towards the end, and the production is all over the place, but there’s enough there to be getting on with.

SA Zeiner: Could You Be Good To Me

Released ahead of her first full EP which is out later this year, Norwegian singer-songwriter-producer SA Zeiner has an ear for a commercial pop tune.

It’s glacial, natural feel will ensure a raft of airplay no doubt, and it would be easy to envisage her as the latest Scandinavian sensation.

Dulcet toned, this will do very well.

Something for those of us with somewhat heavier sensibilities, this screams of doomy psychedelia in a week of quite sanitised singles.

It’s relentless sense of the unnerving is palpable, more of a death rattle than a single.

It has the feel of what The Dandy Warhols would have sounded like if they’d actually meant it.

Taken from their forthcoming second album Veils Of Winter, this is another band that will, without a doubt, find themselves an audience.

Something a bit lighter (but only a bit).

A dreamy yet crunching at times squall from these Manchester boys, although it’s quite a strange choice for a lead off track.

You could see them having more commercial tunes, as there are hints of quite a surf-rock, poppier element, as much as it pushed to the bottom here.

A mission statement of noise.

If your idea of fun is Northern Greek crisis funk pop, then do we have quite the treat for you.

Larry (real name Panagiotis Melidis) has quite the groove about him, and his one-man band approach (he plays drums, bass, synths and guitars on the track) pays dividends here.

Almost LCD Soundsystem-esque at times, he sounds like he’s having a ball.

Good on you Larry.

Kazu: Come Behind Me, So Good!

Lead vocalist with Blonde Redhead, Kazu comes up with a sublime taster of her debut solo album Adult Baby.

The true joy, unusually, comes from the subtle background vocals, which build as the song goes on and threaten to take over.

For us old enough to remember it, it has a Laurie Anderson O Superman vibe to it, not your normal three minute pop song.

Featuring the legend that is Ryuichi Sakamoto on piano and “organic instruments”, this is lovely, not outstaying it’s welcome.

Lucy Dacus: Dancing In The Dark

Although the concept behind it is an interesting one, this cover (for it is THAT Dancing In The Dark) is really bringing nothing new to the original at all.

Dacus is releasing songs at regular intervals throughout 2019 to celebrate important milestones, such as Valentine’s, Mother’s Day, Independence Day etc.

This one is to commemorate Springsteen’s birthday.  There’s probably better presents she could have got him.

We still have high hopes for the Xmas one though.