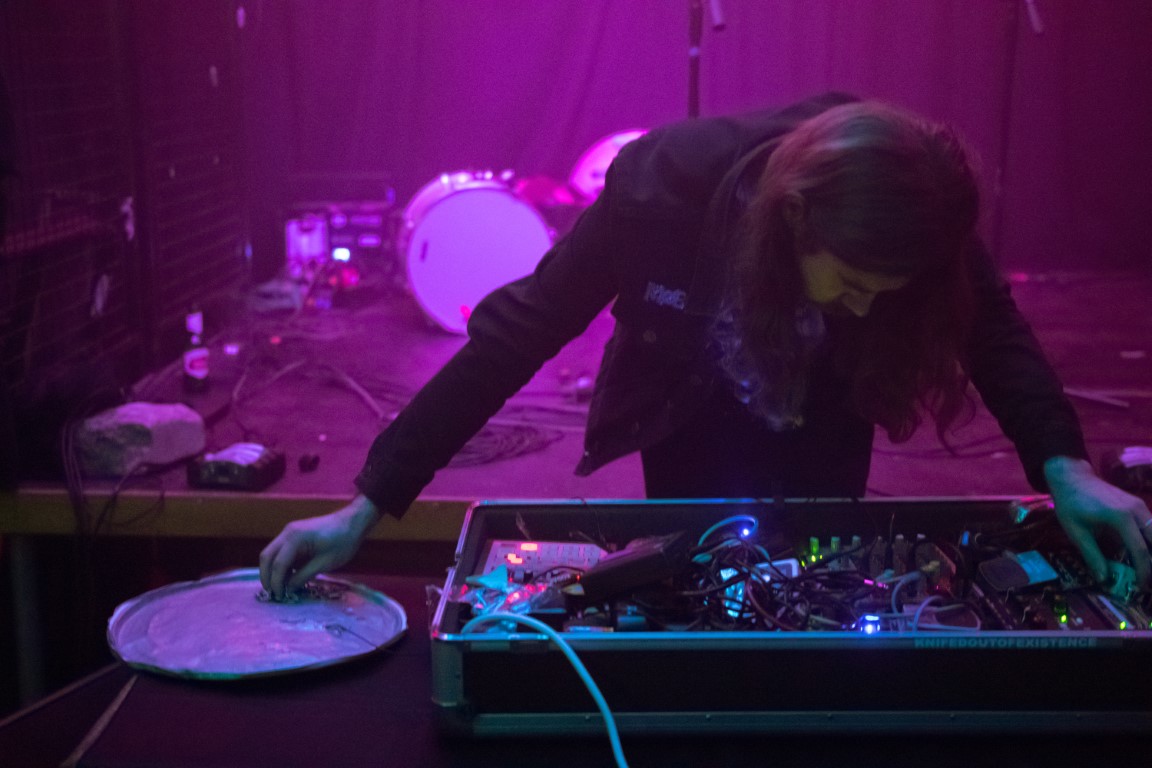 SPINE took over the Kazimier Stockroom for another top class noise fest, Getintothis’ Peter Goodbody knows class when it happens.

Another day, another SPINE gig.

This is #14 in this series of always good, always different, always eye opening gigs.

Tonight’s bill is a complete new experience for us – we know nothing about any of them. All we know is the SPINE booking policy is excellent, so this should be a learning curve and one to which we are very much looking forward.

SPINE are running a bit late with some kind of tech issue, but that’s ok because we get a bit of bonus Ali Horn in the garden taking requests. Elton John, Counting Crows and Rod Stewart all get an airing. One request gets turned down for having “too many high notes – that won’t go well”, says Ali. Meatloaf’s Bat Out Of Hell also got turned down. We can only imagine why.

But back to the reason we’re here and the tech’s working as it should for first act of the night.

V-X is a solo project that plays around with noise textures and effect. Set up in the front of the Stockroom with a bank of electronics and strobes flashing around the ceiling, it was industrial, abstract and uncompromising.

Not an easy start to the evening, but we’re OK with the challenge. The added to whistle was a twist we weren’t expecting.

MAL are all wearing black headdresses and proceed to preach at us as though we are being indoctrinated into their church of noise, which of course we are. And willingly.

A lectern is placed on side of the stage and an invective is delivered. All to the background of a Lonesaw type soundtrack, which is no surprise as most of this band doubles up as Lonesaw.

But this isn’t quite the seemingly uncontrolled chaos we get from Lonesaw. It’s more electronic, more measured, but, fucking hell it’s loud and angry. Dark and and disturbing, unsettling.

We’ll be having nightmares about this gig tonight. It’s the soundtrack to your funeral and your journey across the River Styx. Utterly compelling.

Even the saxophones towards the end sounded like a screaming death march. It’s not pretty by any stretch, but it’s not supposed to be. Job done. Superb.

Les Croisières Dolori are all about rhythm. And there’s a buzz about this band from the people we’ve spoken to tonight.

They’re all wearing tap dancing shoes, stamping around on the stage like some Brechtian tragicomic performance accompanied by keyboards and a trombone. But, it’s the pounding, pounding march of the shoes that marks them out.

The vocals are mostly shouted rather than sang. There’s no attempt at easing us in gently. Until we get to the most bizarre cover of Copacabana we have ever heard. We really don’t have the words.

Sorry. Our writing powers have completely deserted us. Save to say we don’t think Bazza would approve. So that’s alright then.

Knifedoutofexistence has a similar set up to V-X, on the floor of the Stockroom. It’s another dark one.

Pulsing beats and white noise are on the menu. Screeches and uncompromising noise threaten to break the PA until it drops down to the sound of raindrops spattering on the roof.

But you know what’s coming next. That’s just the announcement of the impending thunderstorm. But that said, there is a rather soothing melody behind the mayhem. It was all over after about half an hour. No need to press the point any longer.

SPINE gigs are always challenging, full of surprises and an exposure to the unusual. And that’s what we got tonight. Keep it up guys, we’ll be there for more. 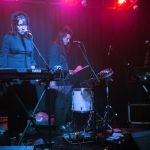 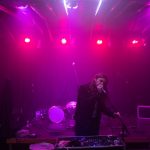 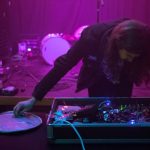 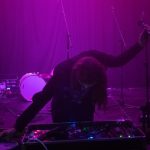 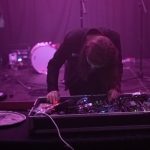 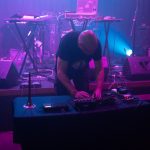 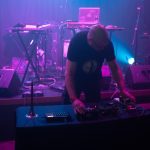 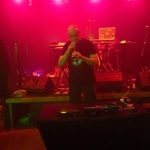 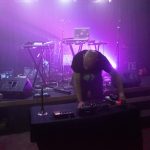 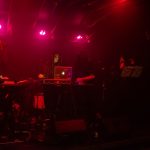 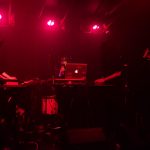 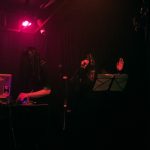 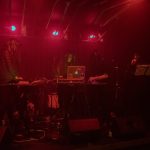 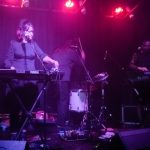 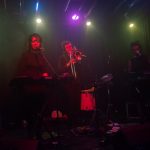 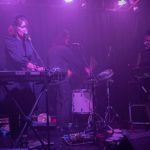 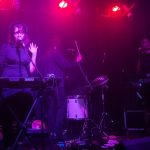