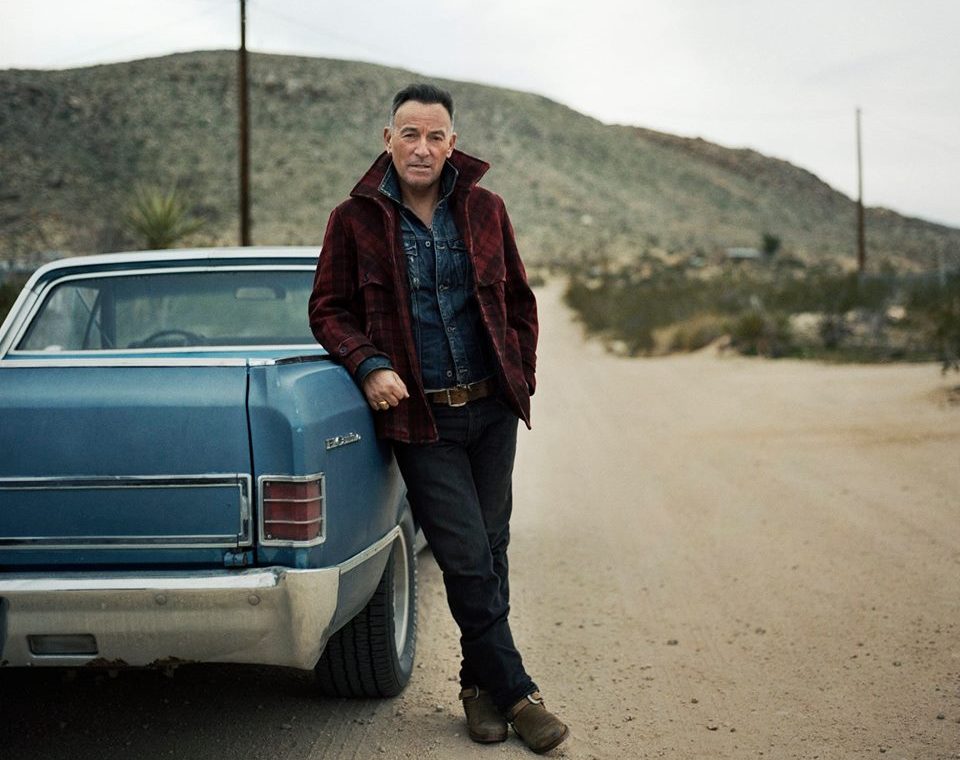 Bruce Springsteen attempts to capture his latest album Western Stars on film, Getintothis’ Simon Kirk on whether it lived up to the billing.

Tonight is the opening of Bruce Springsteen‘s Western Stars movie.

The accompaniment film to the eponymous Springsteen album, his nineteenth, which was released in June this year.

Along with Springsteen himself, long-time collaborator Thom Zimny directs Western Stars in a bid to capture the atmospheric intensity and cinematic undertow of the album.

Western Stars comprises of dusty road diatribes about run of the mill characters Springsteen has made a living out of bringing to life on record. Springsteen‘s poetic storytelling throughout these thirteen songs are backed by sweeping orchestral strings and cinematic textures.

It’s Springsteen‘s finest work since 2005’s Devils and Dust and further proves his decision to pause proceedings with the E Street Band in favour of new endeavours to be the right one. Preceding Western Stars, his Springsteen on Broadway series proved to be something monumental while his memoir, Born To Run, illuminated a fresh version of Bruce.

A very much relevant Bruce. The Boss at his best.

When Springsteen announced the release of Western Stars earlier this year, with the imagery of horses, pick-up trucks and cowboys hats, many had an inkling that this new work could be in a similar vein to his downright masterpiece that is Nebraska.

Springsteen began writing Western Stars in 2012 and after shelving plans periodically, it finally found its way into this world.

It’s an album about reflection. An inward struggle that people fight against in everyday life. Looking beyond the default settings of destruction and self-sabotage.

While tracks such as Tucson Train, the album’s title track, Somewhere North of Nashville and Moonlight Motel are some of the finest tracks Springsteen has written, it’s the tender ballad-like Drive Fast (The Stuntman) that has Springsteen spinning his most telling missive.

Richard Dawson’s 2020: the makings of an unbridled masterpiece

He’s telling us to go for it. See where the chips fall and live with the consequences whatever they may be. There are no guarantees. It’s Springsteen‘s negative past being smoked out with optimism. We can all relate to that.

Onto the film and having been recorded in three days in a barn that stands to be over 100 years old, the performance on Western Stars is what we would come to expect from Springsteen.

Backed by a sea of brass, strings, backing singers, drums, guitars, accordions and keys, the live performance during Western Stars sheds further light on the depth this album offers.

While live performances filmed these days can be seen as a little contrived, and admittedly from time to time during Western Stars, Zimny and Springsteen do fall short in capturing the magic – namely Hitch Hikin’ and The Wayfarer – it’s the cinematic landscape and in-between voiceovers from Springsteen himself that prove to be the film’s major highlight.

Between songs, we hear Springsteen‘s cracked brogue as he briefly outlines the premise of each song, his words eloquent and further evidence as to why Born To Run was such an accomplished read. This is one of music’s finest storytellers, after all.

Along with the in-between song imagery of archived photos and videos that Zimny has kept and brought back to life of Springsteen from yesteryear, this uplifts the film from just another live performance or DVD that you would procure in the HMV bargain bins.

Springsteen‘s wife, Patti Scialfa, can’t be discarded from mention, either. Her involvement is prevalent throughout the film, injecting a tenderness to the performance, her backing vocals and acoustic guitar adding a communal-like foil to each track.

Perhaps the finest part of the performance is Springsteen‘s final track, a cover of Glen Campbell’s Rhinestone Cowboy.

Springsteen has always been a master of covers and those who have seen him live know this all too well.

Not only because he and the E- Street Band have always added that heartland sheen to each chosen song, but it’s the ability to cherry-pick the right song for the right moment and in this case Rhinestone Cowboy feels like a perfect end in the milieu to which Springsteen chooses to share these songs.

It’s a fitting end. Well, if only it was…

Preceding the film is a Q&A with Edith Bowman, which – sadly – tarnishes the experience somewhat. What feels like a twenty-five minute Boss love-in, the line of questioning is all too generic. It just feels like a fawning session over one’s idol, superfluous and, all told, not required on the night.

The Q&A does reduce the magic that Western Stars captures from time to time. The film is a good concept from a reinvigorated Springsteen, no question.

It won’t win many new hearts but whether you enjoyed the film or not, it shouldn’t blunt the edges of the album itself, which in its own right, very much stands on its own as quintessential Bruce Springsteen.