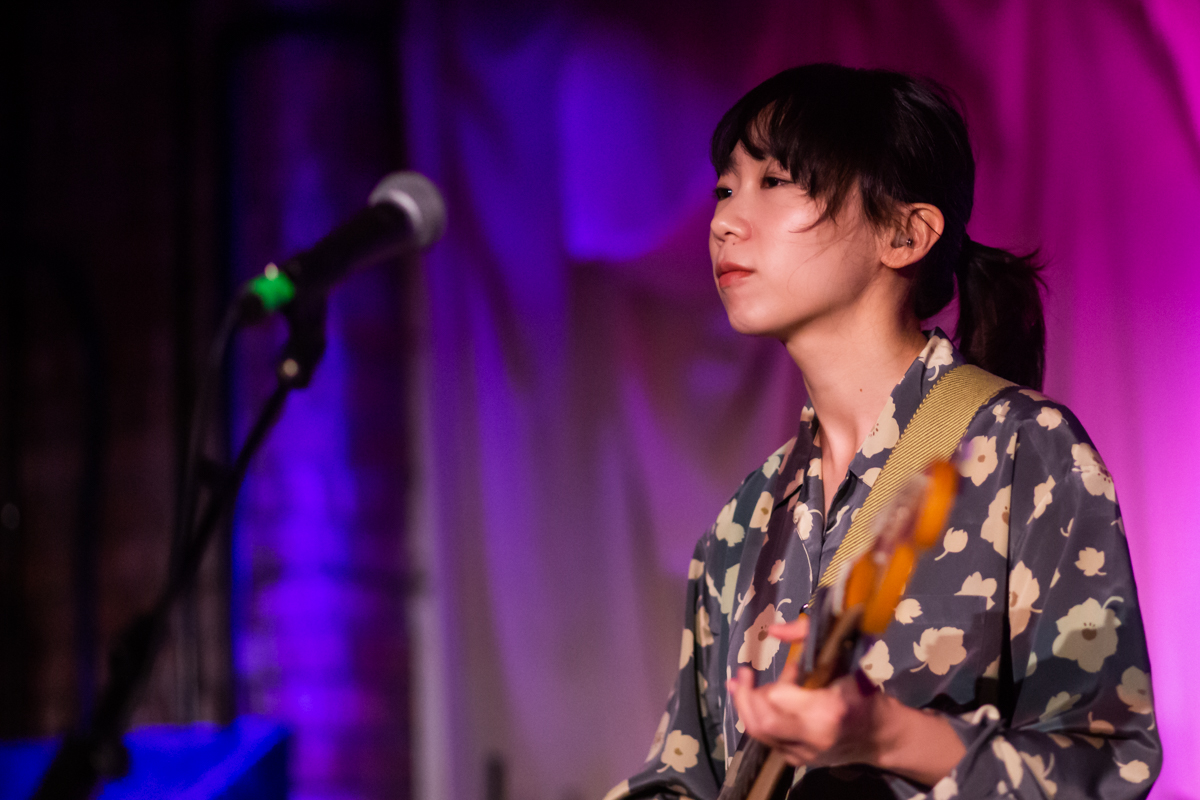 South Korea’s finest act, Say Sue Me, return to Liverpool and Getintothis’ Simon Kirk is on hand to see if they can deliver more magic.

It’s a chilly night in Liverpool. Certainly the coldest it’s been since summer disappeared, but with Busan, South Korea’s Say Sue Me returning after their appearance at Sound City earlier in the year, we’re hoping that their summery surf rock jams can negate the impending depression of cold weather and shrinking daylight.

Seven piece outfit, The Blue Room, open up the night. It’s a nervous set from a group of fresh-faced youths jamming out soulful indie pop which includes keys and trombone. Sound City awaits these and with more shows, we think The Blue Room could turn into something.

The Left Backs are next and from the off, it’s a head scratcher of a support choice, for the Liverpool based four piece operate in vastly different waters to the likes of Say Sue Me.

The crowd are into it, though, and it’s evident that The Left Backs are going places. Garage rock circa-2019 is a young man’s game – young man this writer is not. We could easily see these lads featuring on Soccer AM in the coming years. Their name is a winner, for a start …

Say Sue Me (Choi Su-mi – vocals/guitar, Kim Byung-kyu – guitar, Ha Jae-young, bass and Kim Chang-won – drums) quietly enter the stage and ready their equipment. There’s no exit before entering again. They get straight into it with Good for Some Reason.

But I Like You, My Problem, and Old Town follow and it suddenly feels like they’ve dropped the gears, slowing down the rhythms. It works but it soon becomes apparent that the performance is becoming quite the contrast to blistering urgency Say Sue Me produced some months earlier in the Baltic Social at Sound City, which, for this writer, was one of the greatest sets seen this year.

New song, Your Book, set for release Friday, is well oiled scuzz pop number that is let off the leash mid-track with frenzied feedback. Expect a new album next year with this song to feature prominently.

One Week and Bad Feeling play close to the lines of Yo La Tengo. The ethereal swoon of both tracks might contain remnants of pastiche but with Say Sue Me‘s injection of raw pop, both tracks are clear winners.

The band get out of third gear here, with one of Where We Were Together many highlights, I Just Wanna Dance. It’s boomingly loud, drenching the crowd with elusive white noise which surprises the subdued crowd who are appreciative but none the less quiet.

The motorik surf rock jam, B Lover, follows and is just as louder. Its nerve jangling groove one of their finest cuts etched on record and, like the greatest tracks, a ditty that gets every one of your senses flashing.

A cover of Blondie‘s Dreaming, taken from Say Sue Me‘s covers EP, is fuzz-laden journey putting a playful spin on the original.

A fine rendition of Let’s Don’t Say Anything closes the show and, typical of the band, Su-mi parts with a radiant smile, evidently appreciative of her audience, thanking them for listening and coming out on this Tuesday night. The band exit the stage and the night draws to a close.

Perhaps due to a number of factors, however the night lacked the pulsating energy from Say Sue Me‘s set at Sound City which instilled an urgency rarely seen.

That’s the thing about seeing bands more than once. They seldom recapture that past moment where, as a listener, you fell in love. But as music fans we’re suckers for trying to replicate that moment.

Make no bones about it, Say Sue Me were good tonight. Not even the great bands can conjure up that unique magic every night. The fact they captured it in the first place goes a long way to telling the story about this fine band. 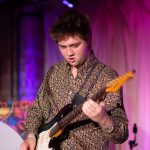 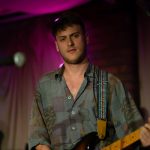 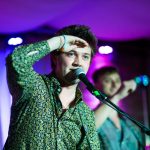 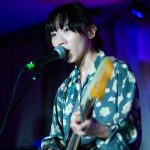 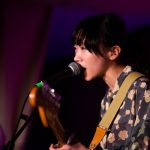 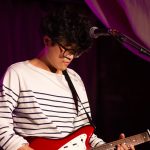 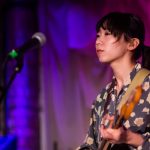 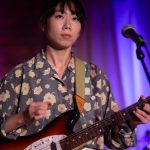 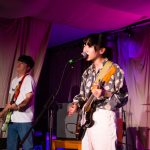 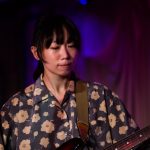 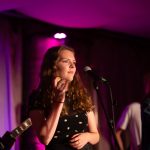 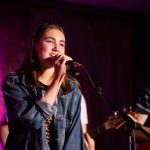 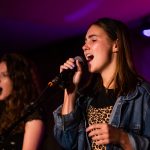 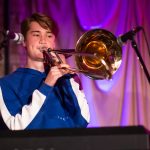