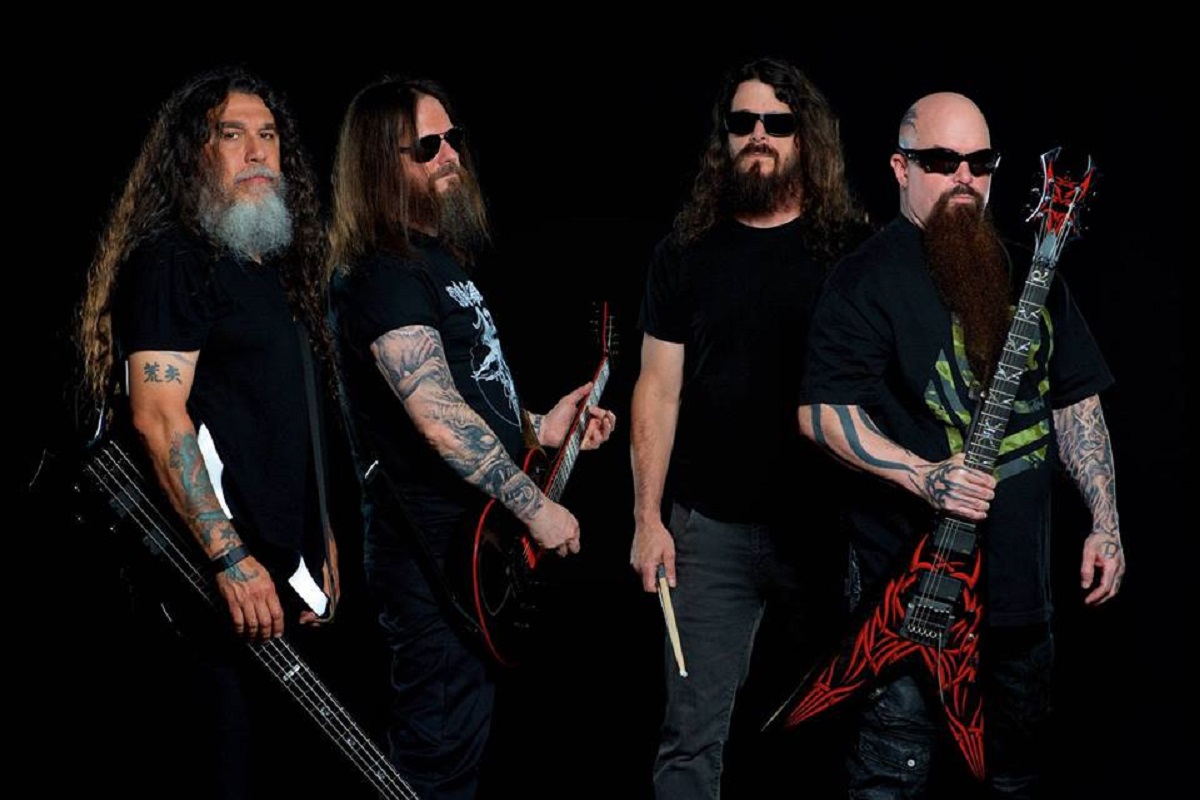 Slayer’s The Repentless Killogy film is due to show at FACT, Getintothis‘ Nedim Hassan with the details and you can win a pair of tickets for the screening.

For one night only on November 6, cinemas across the UK are set to be filled with head bangers as Slayer: The Repentless Killogy captures thrash metal titans, Slayer, in all their glory.

Part short film and part live concert video, The Repentless Killogy will be a combination of core themes that have dominated Slayer’s aesthetic – an unflinching examination of violence and the darker side of life, coupled with an uncompromising commitment to live performance.

First up, The Repentless Trilogy is a motion picture that integrates three music videos from Slayer’s final album, Repentless, into a harrowing narrative.

The story depicts Wyatt (played by Jason Trost), a former member of ‘The Hand Brotherhood’, a murderous Neo Nazi gang.

Wyatt’s defection from the gang is met with savage retribution when his pregnant girlfriend is murdered. Driven by rage, Wyatt seeks retribution from the unrepentant gang members in a short film that also stars cult cinema luminaries Danny Trejo, Tyler Mane and Bill Moseley.

Keep you fingers on the metal pulse with Dysguesia: Getintothis’ monthly metal column

Recorded live in their home state of California on August 5 2017, the concert film promises to be a fitting epitaph to the band’s 38-year stint as one of thrash metal’s true heavyweights.

Featuring classic tracks from their prodigious back catalogue, including fan favourites such as Hell Awaits, South of Heaven, Dead Skin Mask, Raining Blood and Angel of Death, the showing is likely to compel the audience to head bang, mosh and air guitar their way through the set.

Win tickets for the FACT screening of Slayer’s The Repentless Killogy on November 6:

To win a pair of tickets for the screening of Slayers‘s The Repentless Killogy at Picturehouse at FACT all you have to do is like the Getintothis Facebook page, share the post below and tag in two of your friends.